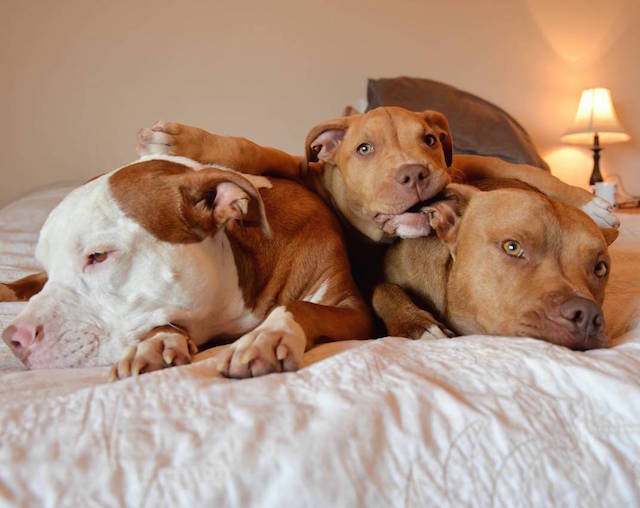 Over three years ago, Kilo the pit bull was about to reach the end of his life at a local animal shelter. He had previously been rescued from horrible living conditions and still had the emotional scars to show for it. Volunteer Candice Miller tried hard to improve his nervous disposition, but he was still overlooked by potential adopters. After a couple of months with no forever home in sight, Kilo was waiting his turn to be euthanized. Miller just couldn't let that happen, though, and at the last possible moment, she rushed to the shelter and brought him into her family.

The adoption proved to be beneficial for them both–Miller had needed some healing, too. She had quit her job, and one of her older dogs had recently died, leaving her heartbroken. “Kilo came into my life at a point where I needed him the most,” Miller explained to Huffington Post. “We both had been through some bad stuff, but together are absolutely happy and healthy.”

Since adopting Kilo, Miller and her family have taken in three other pit bulls, including an adorable puppy named Penny, who is quickly growing up. This brings her canine brood count to six, and she documents their antics on her immensely popular Instagram, Roofus & Kilo. They're seen snuggling one another, playfully tugging on a bone, and anxiously awaiting treats. The sweet photos prove that, despite the often-harmful stereotypes, pit bulls are as sweet and loving as any other dog.

Over time, Miller has become and advocate for the breed, and hopes that through her delightful photos and videos, their bad rap is dispelled. “I actually was someone who if you asked me about owning a pit bull five years ago I would've told you you were crazy,” she told Huffington Post. “I'll never push mine on anyone. But I do know that they have changed minds and I think that's pretty amazing.” 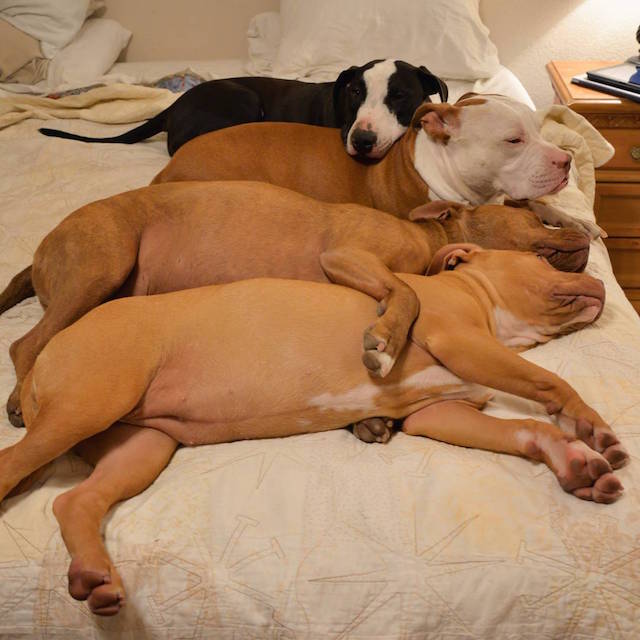 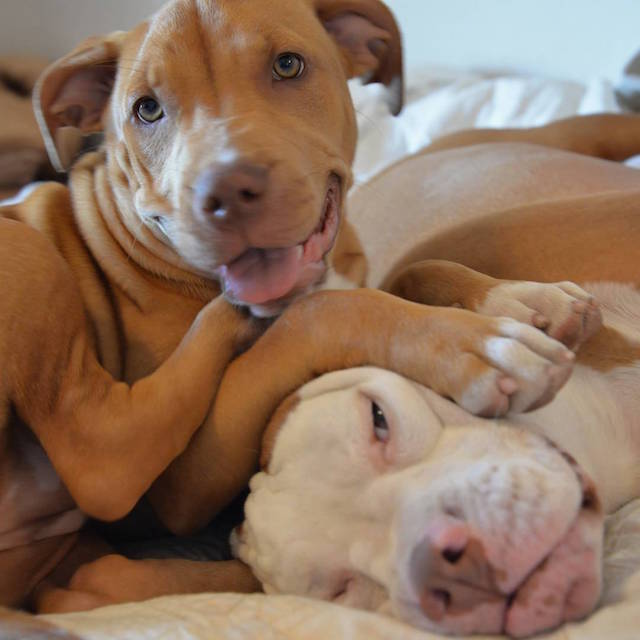 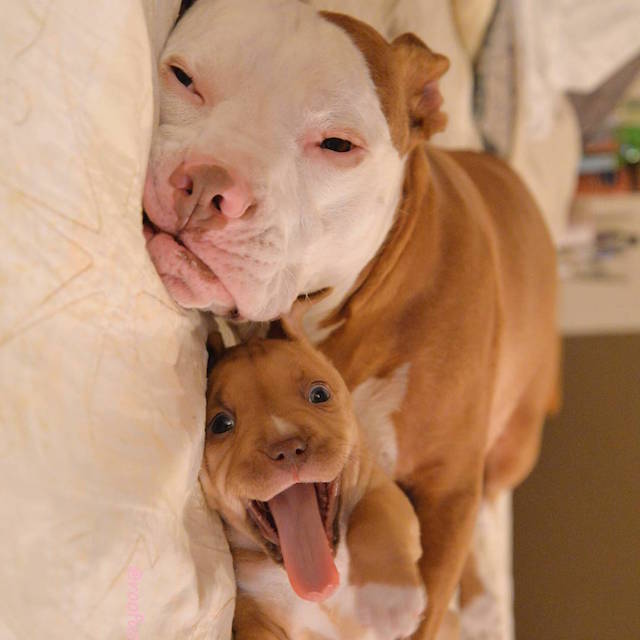 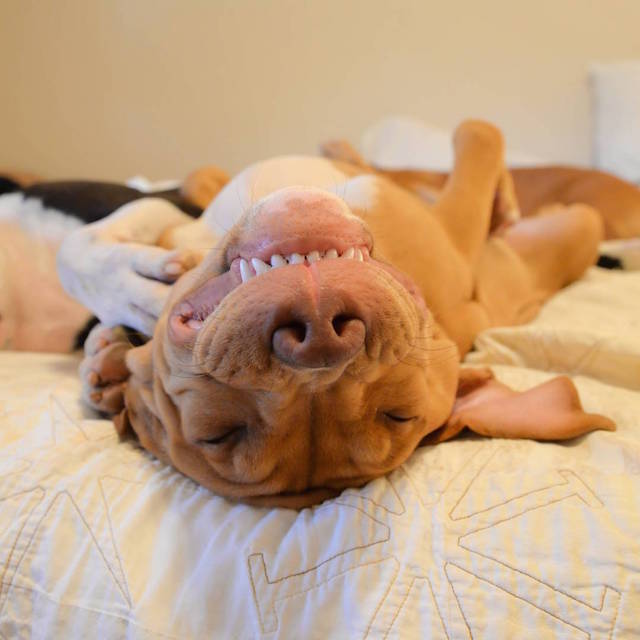 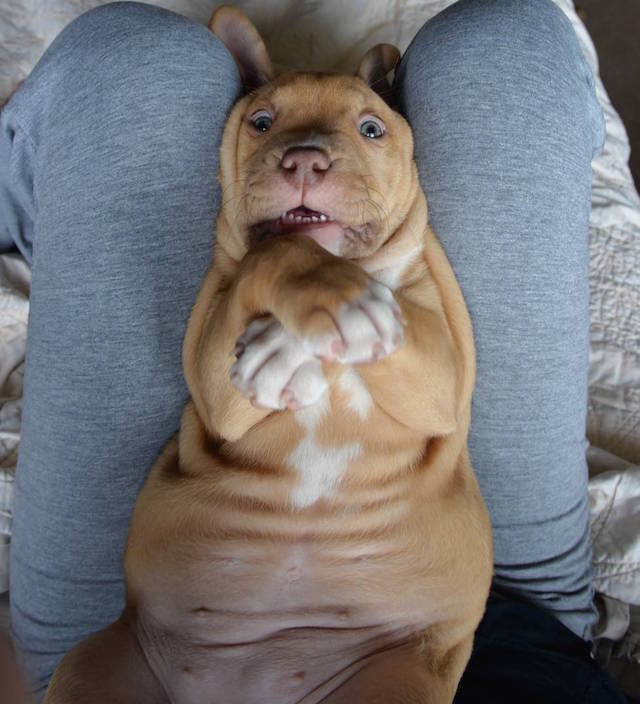 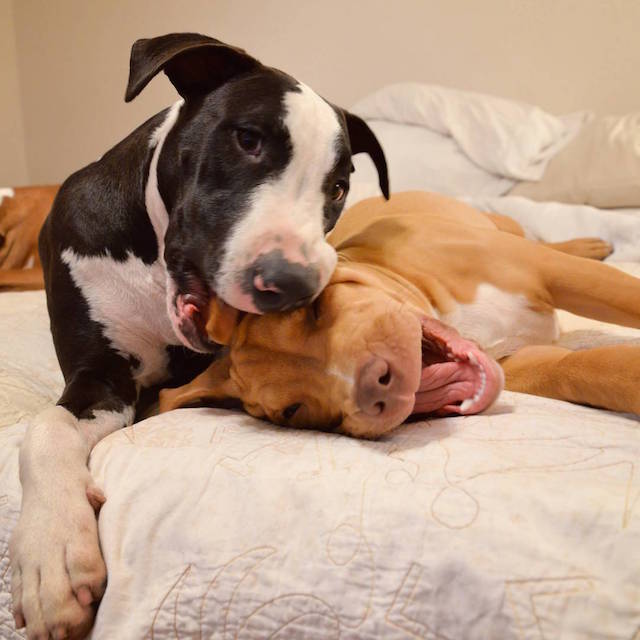 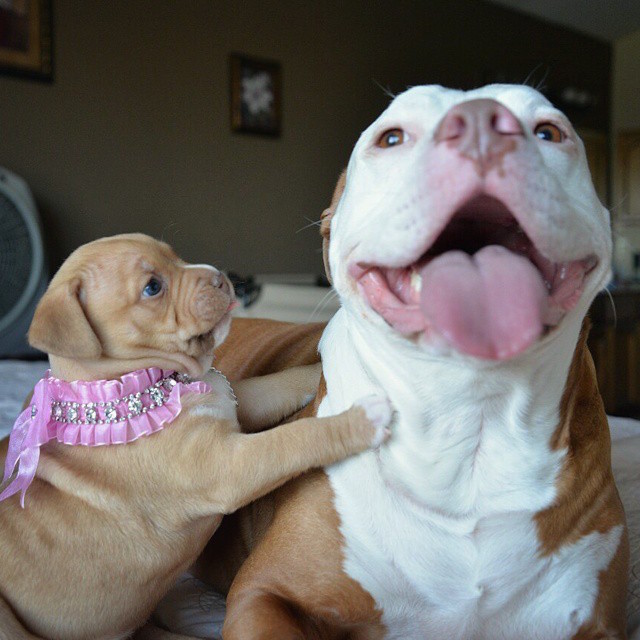 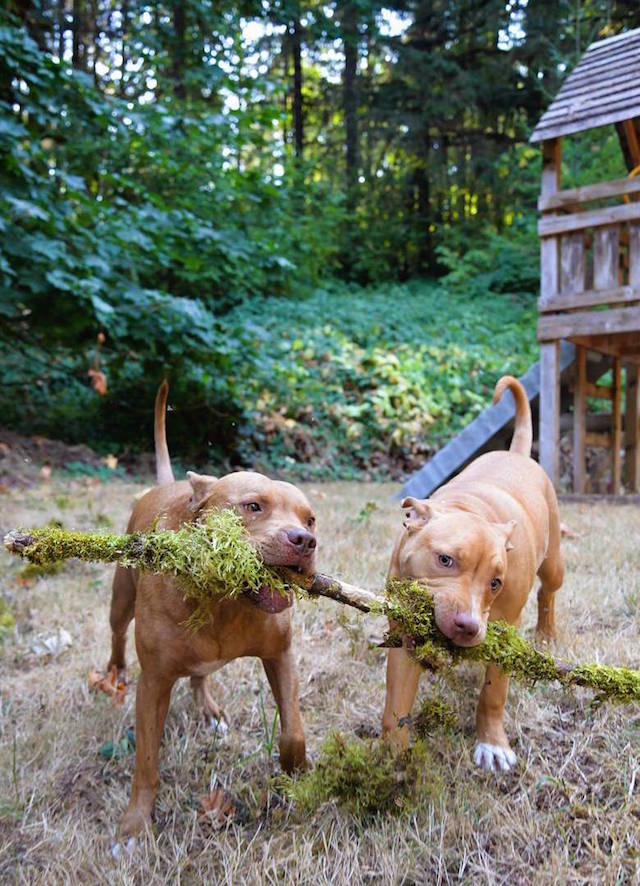 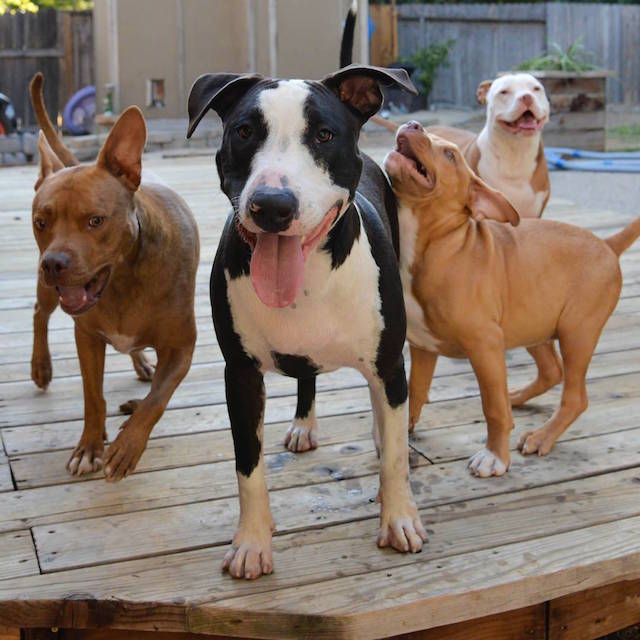 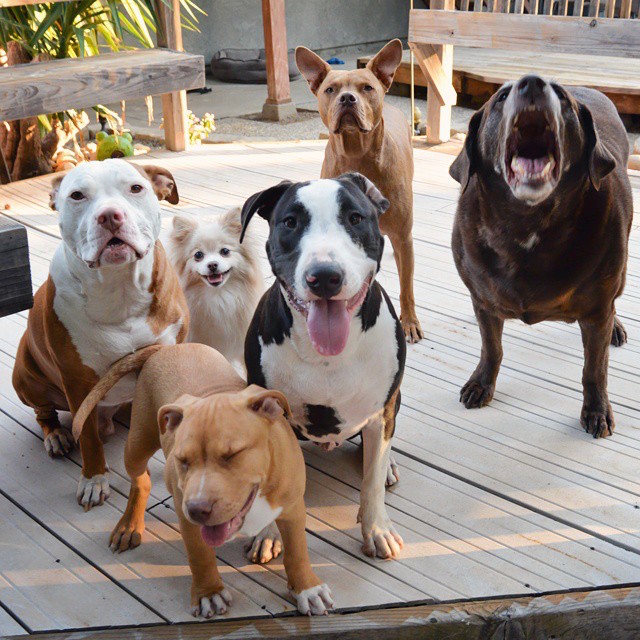 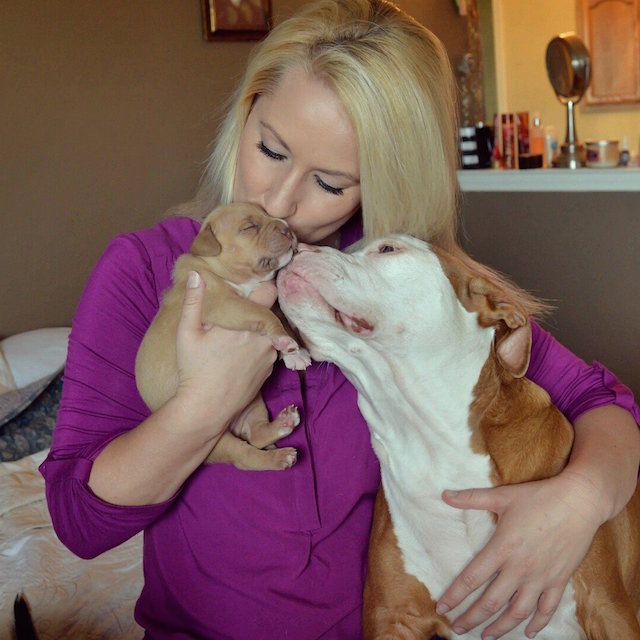