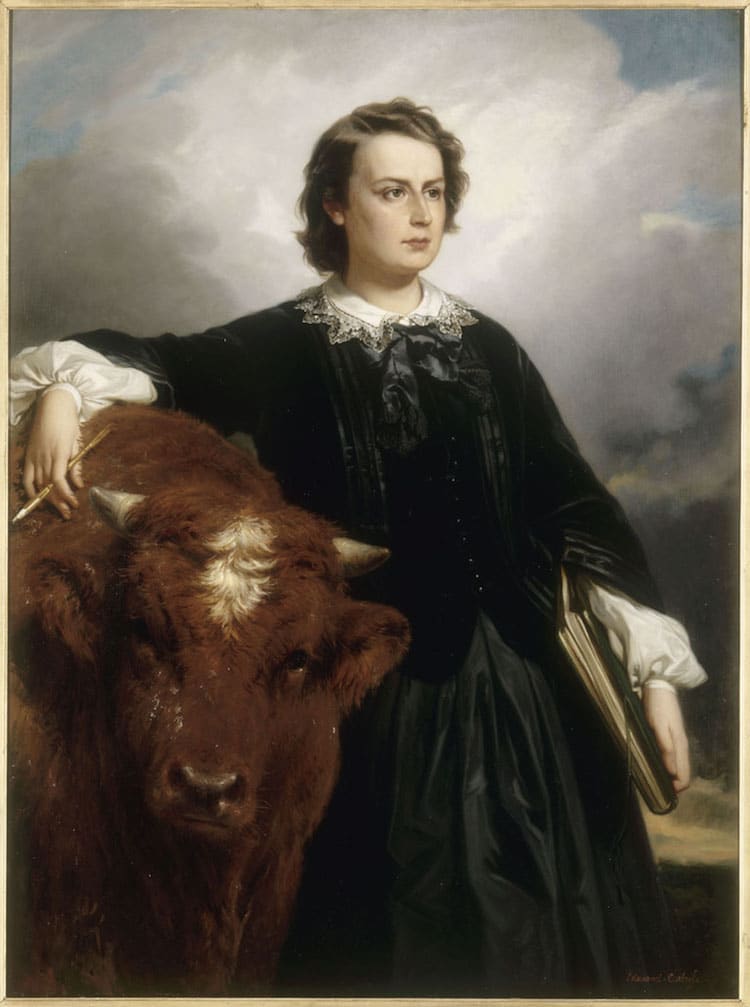 In the 19th century, Rosa Bonheur broke boundaries to become one of France's most acclaimed female artists. With her skillfully rendered, realistic paintings of animals, Bonheur appealed to an array of contemporary audiences, from juries of the prestigious Paris Salon to members of the general public. While such a feat would be impressive for any female artist, it was particularly groundbreaking for Bonheur, a gender-bending creative whose unapologetically feminist views shaped everything from her early life to her later success.

“Why shouldn’t I be proud to be a woman? My father, that enthusiastic apostle of humanity, told me again and again that it was a woman’s mission to improve the human race… To his doctrines I owe my great and glorious ambition for the sex to which I proudly belong, whose independence I’ll defend till my dying day,” she said in her final years. “Besides, I’m convinced the future is ours.”

Learn all about Rosa Bonheur's life and career with these facts about the forward-thinking artist.

She had a lifelong love of animals. 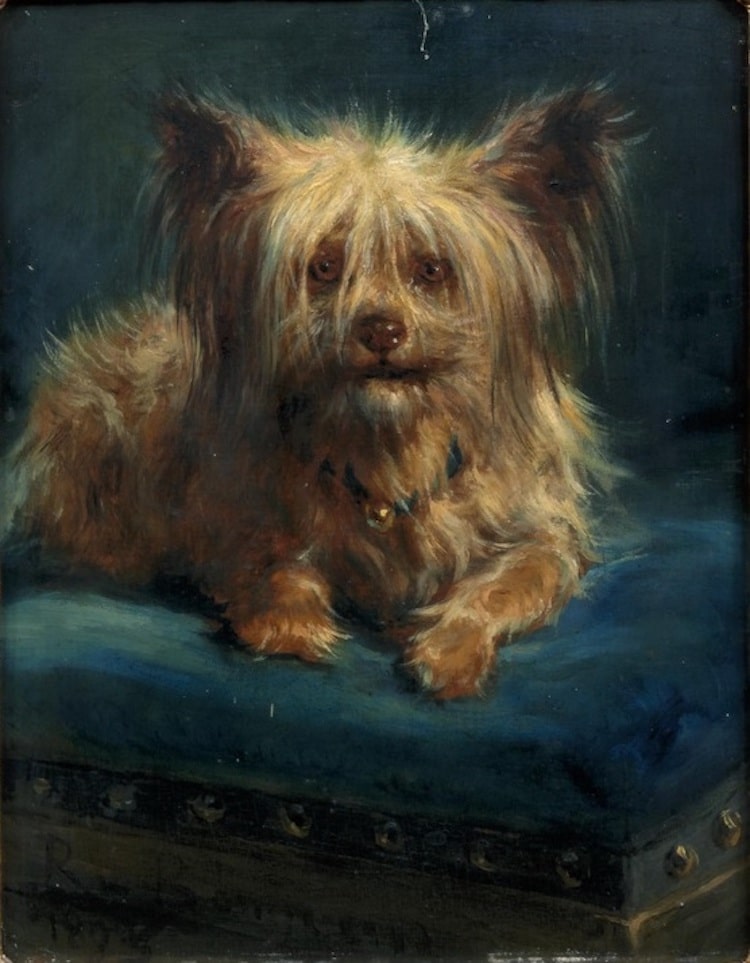 In 1822, Marie-Rosalie Bonheur, later known as Rosa Bonheur, was born in Bordeaux, France. She grew up in a creative household comprising a mother who taught piano, a father who painted portraits and landscapes, and siblings who would later find success as painters and sculptors. As a teenager, her father taught her how to paint, offering his eldest an outlet to explore her passion: animals.

Bonheur's lifelong love of animals began when she was just a toddler, and her father's lessons fostered it. On top of providing live creatures for Bonheur to study, he encouraged her to copy images from books, work from realistic sculptures, and, eventually, copy paintings at the Louvre. While these approaches helped her to hone her craft, she preferred to get up close and personal with her subjects. “I became an animal painter because I loved to move among animals,” she said. “I would study an animal and draw it in the position it took, and when it changed to another position I would draw that.”

Although most of her animal paintings depict locales in her native France, some are set in the United Kingdom, where her nostalgic subject matter led to a profound amount of fame.

She was more famous in the United Kingdom than in France.

In 1855, Bonheur completed her most famous painting: The Horse Fair, a monumental oil painting of a market in Paris. Admired for its grand scale (it measures over 16 feet long and eight feet tall), energetic subject matter, and expressive yet realist brushwork, the piece was an instant hit. It put Bonheur's name on the map and even led to a meeting with the Queen of England.

Queen Victoria wasn't Bonheur's only British fan. In fact, her work was more popular in the United Kingdom than it was in France, as British audiences appreciated her sentimental approach to landscape—whether the English countryside, the Scottish Highlands, or even French farms—as a subject.

She had a permit to wear men's clothing. 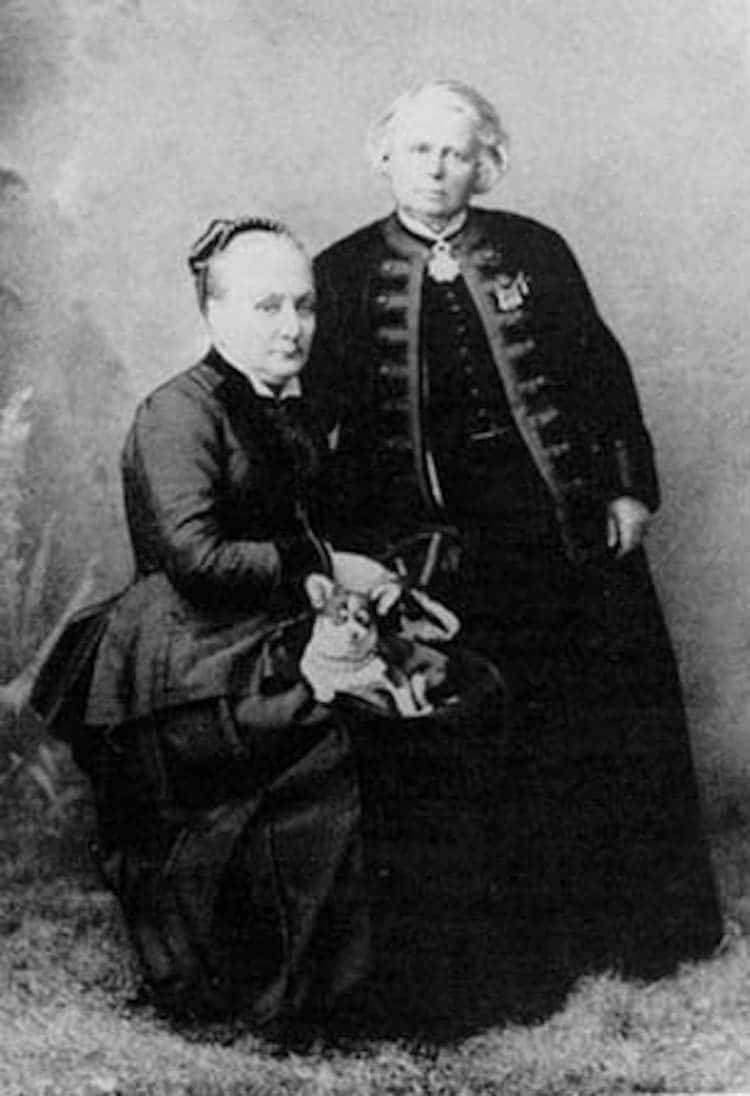 Though Bonheur's art was traditional in nature, her personal life was, by Victorian standards, unconventional. In addition to being a lesbian with a longterm partner (Natalie Micas), Bonheur forewent female attire for men's clothing—a controversial decision that, in turn-of-the-19th-century-France, required formal permission.

In 1800, the French prefecture issued an official decree stipulating that women were forbidden from wearing pants. Surprisingly, this order also included information about how women could work around this law with a renewable “cross-dressing permit,” which would allow them to wear trousers for three or six months. This exception, however, would be made only for medical or health reasons; in Bonheur's case, her need to cover her legs while trudging around nature sufficed, and she was granted pants permission on May 12, 1857.

She was the first woman to be deemed Officer of the Legion of Honor. 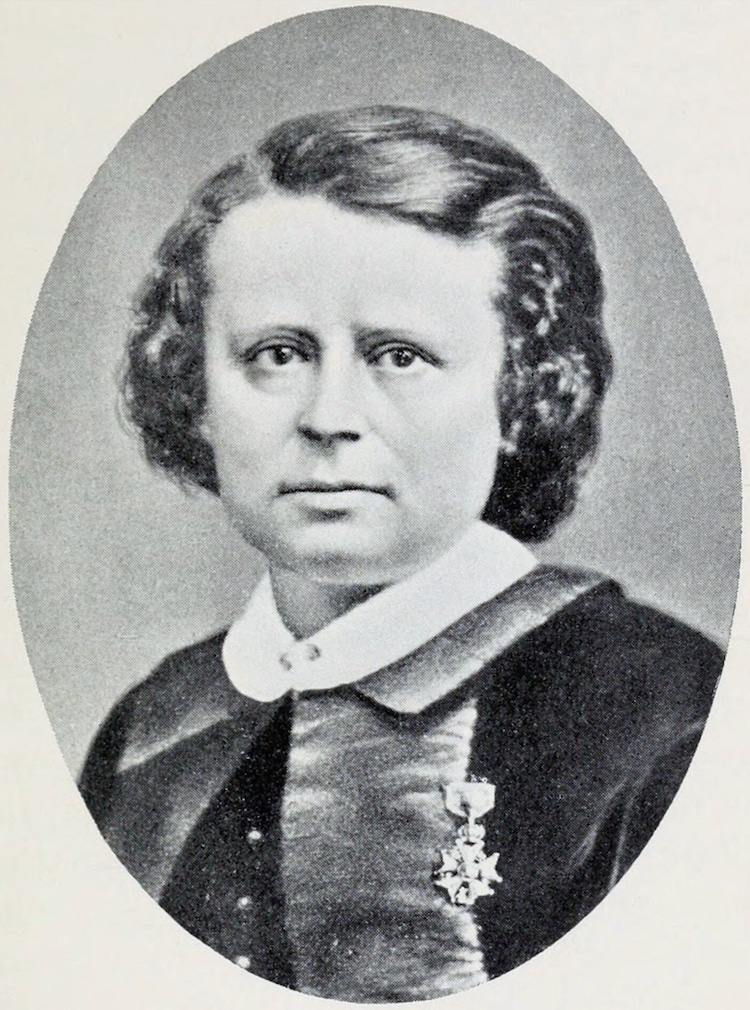 The legal right to wear pants was not the only honor granted to Bonheur by the state. In 1865, she was the first female artist to be awarded the French Legion of Honor. This achievement was one in a long line of accolades, including prizes at the esteemed Paris Salon and a gold medal at the 1848 World's Fair. In 1894, she was the first woman to be promoted to Officer of the Legion of Honor. This was the last major distinction she would receive until her death five years later.

Her house is now a museum. 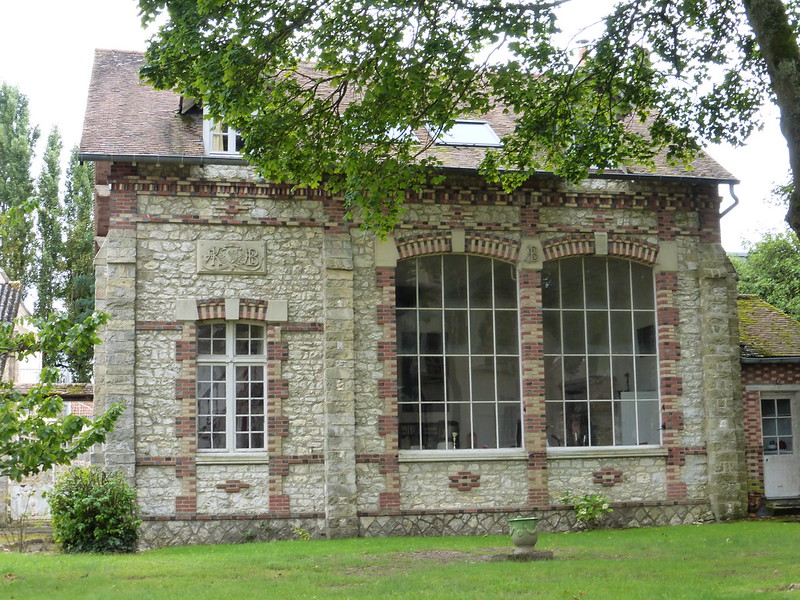 Today, Bonheur's legacy lives on through her paintings, which are housed in collections around the world. In addition to large institutions like the Metropolitan Museum of Art in New York City and the Musée d'Orsay in Paris, her work can be found in the Château de Rosa Bonheur, the artist's home and studio nestled in the forests of Fontainebleau outside of Paris.

Bonheur purchased the château in 1860 using the proceeds from a particularly lucrative sale: the Met's acquisition of The Horse Fair. The artist lived and worked in the brick building until her death in 1899, filling it with everything from art supplies and a piano to cigarette butts and taxidermied pets (most notably, Fatma, her lioness). Today, the house serves as a museum dedicated to Bonheur, offering guests a glimpse into her passionate approach to her practice.

“Art is a tyrant,” she said. “It demands heart, brain, soul, body. The entireness of the votary. Nothing less will win its highest favor. I wed art. It is my husband, my world, my life dream, the air I breathe. I know nothing else, feel nothing else, think nothing else.”

This article has been edited and updated. An earlier version had mistakenly said 20th century instead of 19th century.