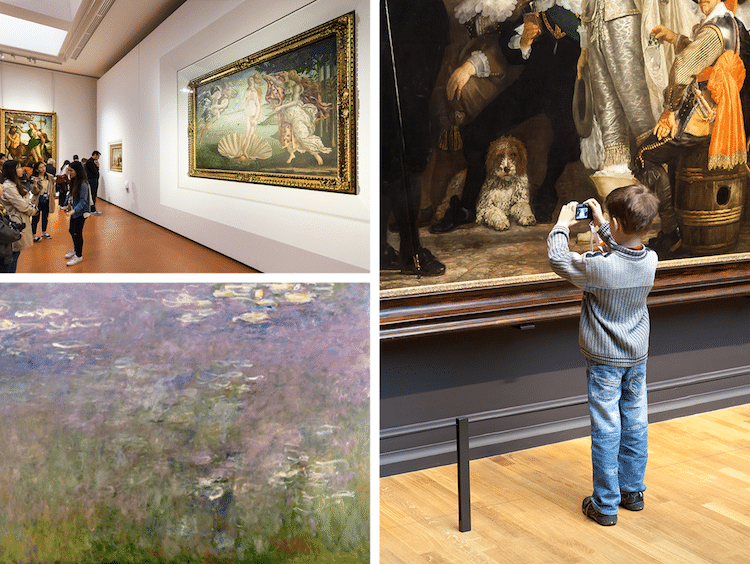 Great art comes in all shapes and sizes. From towering sculptures to tiny sketches, artists have produced works that play with scale throughout the history of art. While this interest in experimentation is apparent across mediums and genres, its role in painting has been particularly big—literally.

Here, we take a look at some of the most famous large-scale canvas paintings, from Botticelli's mythological masterpiece to Pollock's avant-garde “action painting.”

The Birth of Venus by Sandro Botticelli 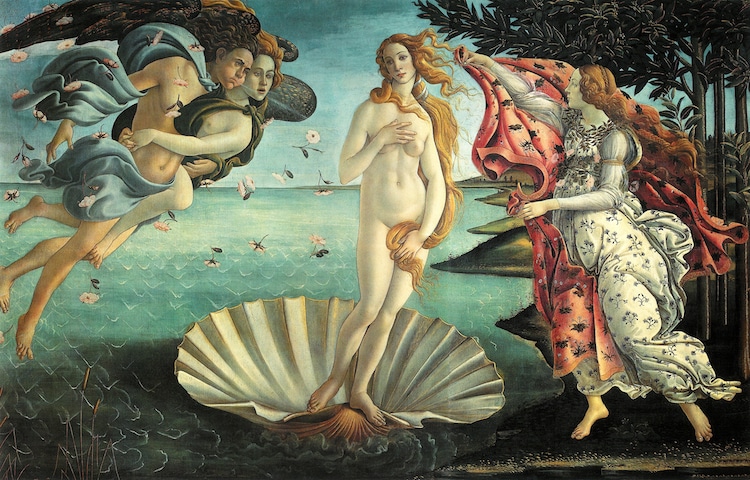 Created between 1482 and 1485, The Birth of Venus is among Italian Renaissance artist Sandro Botticelli's most well-known works. The monumental, mythological painting depicts Venus, the Roman goddess of love and beauty, as she emerges from the sea in her signature scallop shell.

In addition to its mythology-based subject matter—a genre of iconography that Renaissance artists did not typically explore—the painting is renowned for its vibrant color palette, delicate brushwork, and, of course, its scale: 5′ 8″ x 9′ 2″. 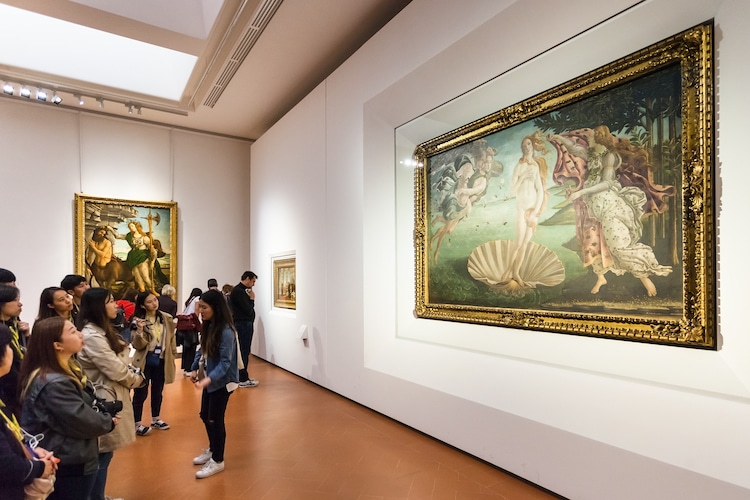 Tourists in the Botticelli Room of the Uffizi Gallery (Photo: vvoe via Shutterstock) 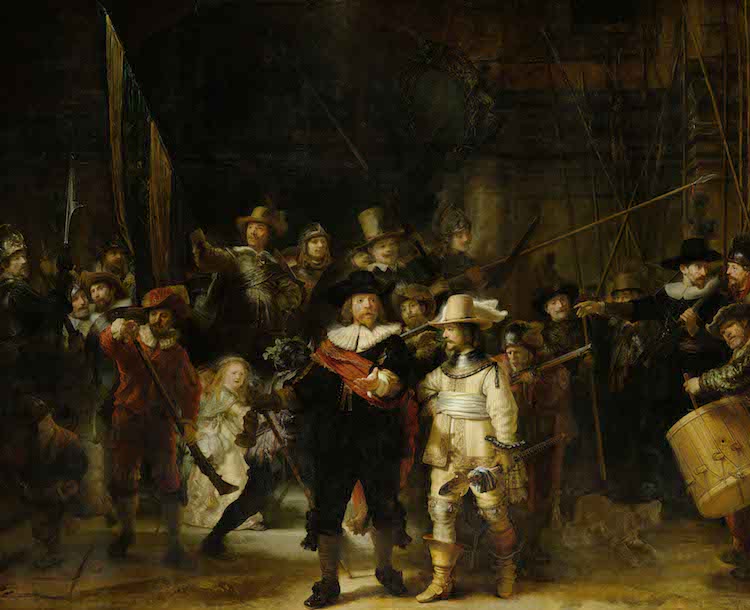 As one of the most important Old Masters, Rembrandt‘s oeuvre features a comprehensive collection of celebrated paintings, prints, and drawings. Still, Militia Company of District II under the Command of Captain Frans Banninck Cocq—better known as The Night Watch—remains his most important work of art.

Measuring 11′ 11″ x 14′ 4″ and depicting a militia, this piece showcases both Rembrandt's theatrical treatment of light and his well-known preference for portraiture on a grand scale. 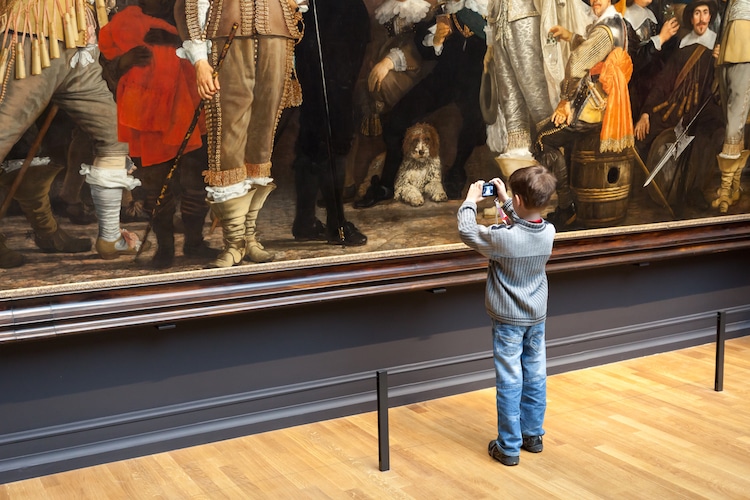 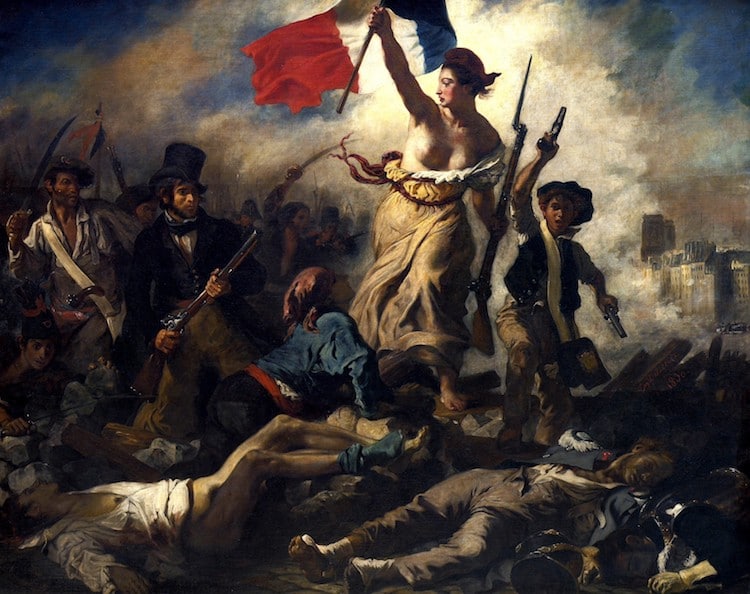 French painter Eugène Delacroix created Liberty Leading the People in 1830. Inspired by the Second French Revolution, Delacroix painted the piece to commemorate the toppling of the king.

At 8′ 6″ x 10′ 8″, the colossal piece features in-your-face iconography and symbolic motifs that make a powerful statement. “I have started work on a modern subject, a scene on the barricades,” the artist wrote while painting Liberty Leading the People. “I may not have fought for my country but at least I shall have painted for her.” 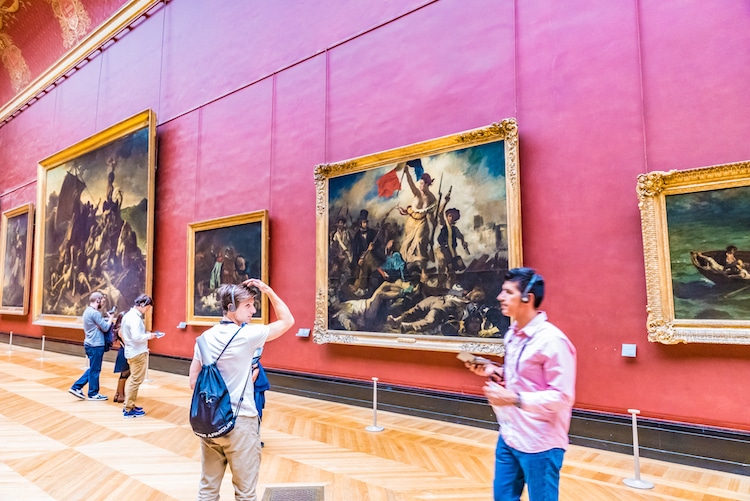 People in the Louvre (Photo: Takashi Images via Shutterstock)

Impressionist artist Claude Monet lived in Giverny, a commune in Northern France, from 1883 until his death 43 years later. Surrounded by the beauty of his Japanese-inspired gardens—which he described as his “most beautiful masterpiece”—Monet frequently featured water lilies as his subjects.

Of the roughly 250 oil paintings he painted of these aquatic flowers, the most famous—and largest—pieces are housed in Paris' Musée de l'Orangerie. If placed side-by-side, the curved canvases in this collection would measure nearly 300 feet! 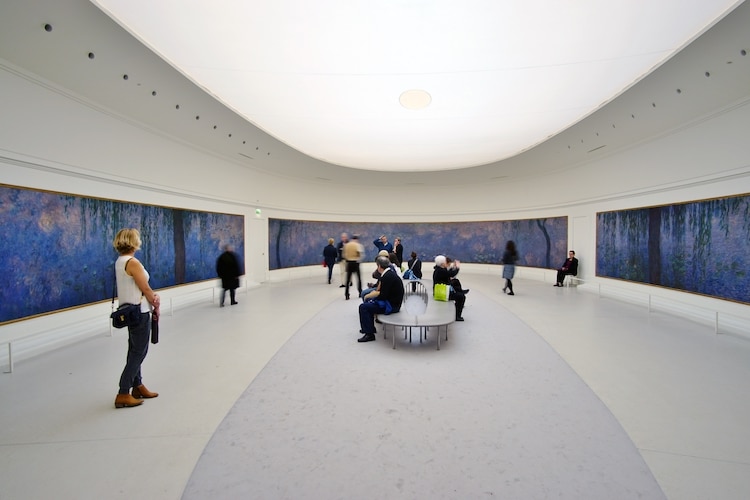