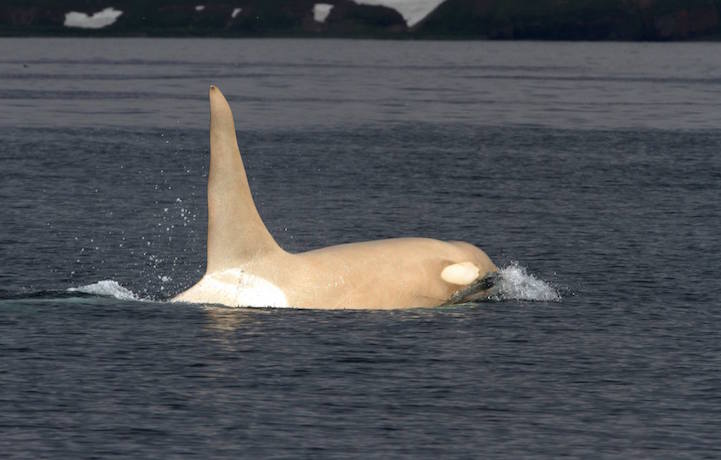 Whether or not you’ve ever witnessed one in person, you can likely recognize a killer whale immediately: the 8,000-pound beasts have sleek black bodies with round white patches, with a cuteness that belies their powerful predatory nature. However, an atypical crew of the massive mammals has recently appeared in the northwestern Pacific Ocean near Russia’s Kuril Islands, and these ones have skin that’s entirely white.

One such creature was first spotted in the area around six years ago and dubbed Iceberg for its coloring. Now, its pod has expanded to include at least four more (and potentially up to eight total) pearly-pigmented orcas—a surprising shift, since only one in 10,000 killer whales are albinos. This discovery represents an unfortunate omen: a group of them together in one zone of water means they’re likely inbreeding, probably because of human interference. “If a few females are captured for aquariums or knocked down for other reasons, then you can really put the breeding unit in jeopardy,” which forces the whales to inbreed to survive, explains Erich Hoyt of the Far East Russia Orca Project (FEROP).

Why might these creatures bear white skin in the first place? One possible explanation is a genetic disorder called Chediak-Higashi syndrome, which causes both albinism and susceptibility to respiratory infection and nervous system issues. Without their traditionally black coloring, the animals are highly sensitive to sunlight and frigid waters, vulnerable to predators, and impeded in their abilities to communicate with fellow members of their species. None of this is positive news, but it does spark special appreciation for the majestic sea dwellers, urging a closer consideration of the ways that human beings must better support oceanic life. 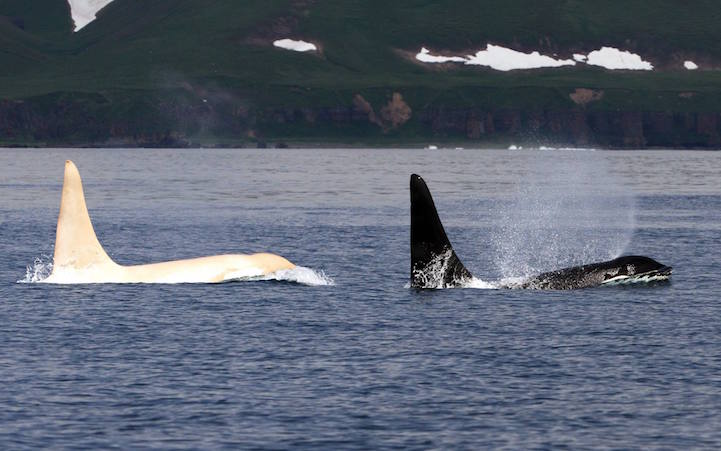 All images via Russian Orca/FEROP.