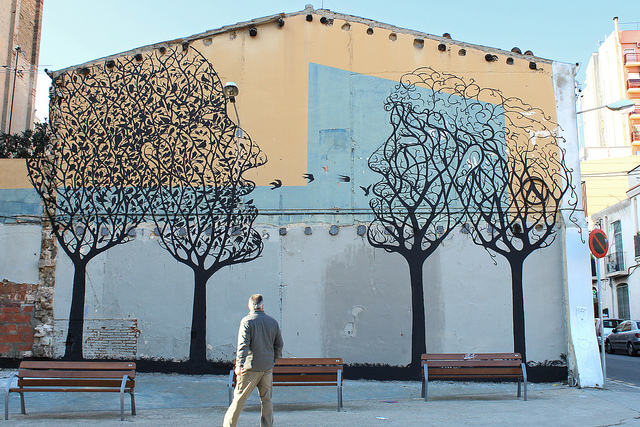 Madrid-based Spanish street artist Sam3 recently created an intriguing mural titled Park on the side of a building in Barcelona. The large-scale work presents silhouettes of four trees whose entangled branches transform their image into that of two people's heads facing each other. The incredible piece of street art has a duality about it that merges the image of nature and man.

Upon closer inspection, one takes note of the countless birds perched atop the viny, maze-like branches, filling in the expressive profile of each illusive face. There are also a few birds in flight between the lips of the pair of heads, visually representing the act of speaking. In his blog, the clever street artist even accompanies the piece with a single line that reads: “The small birds are tree's words.” 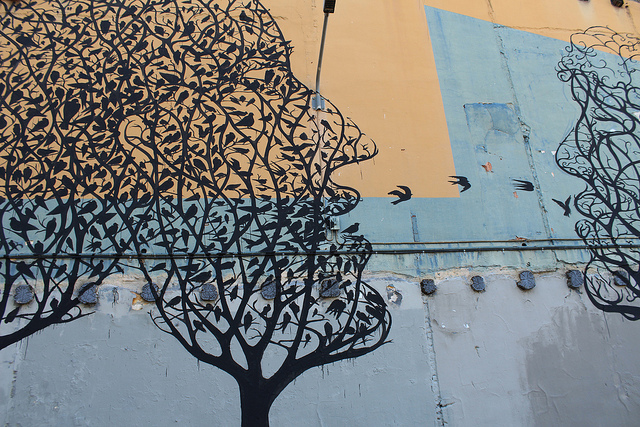 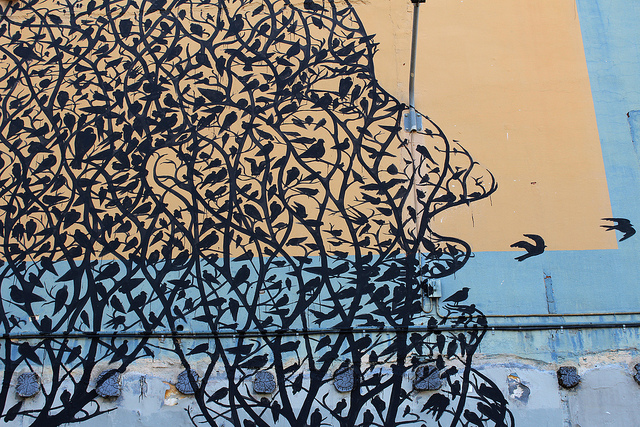 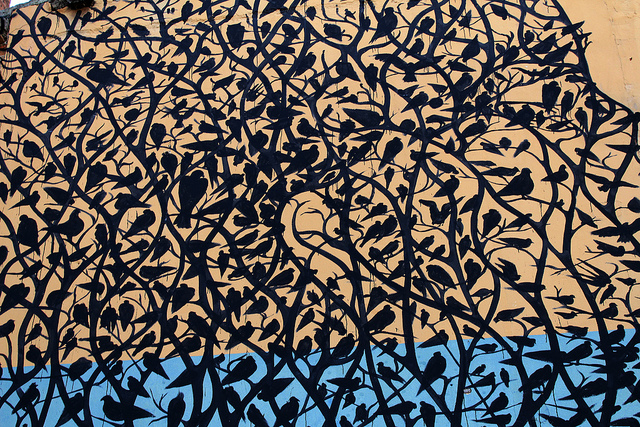 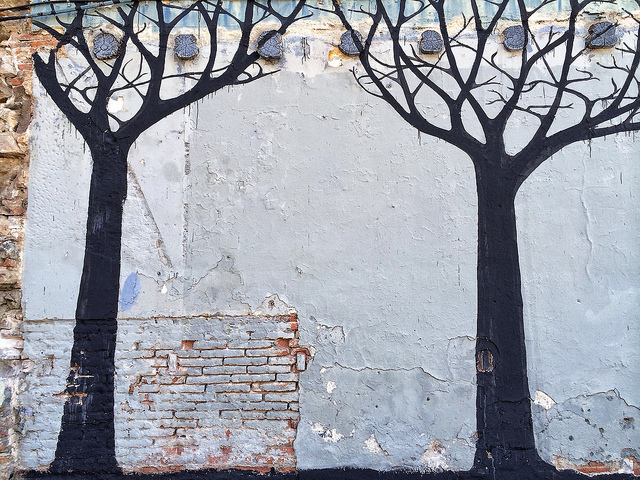