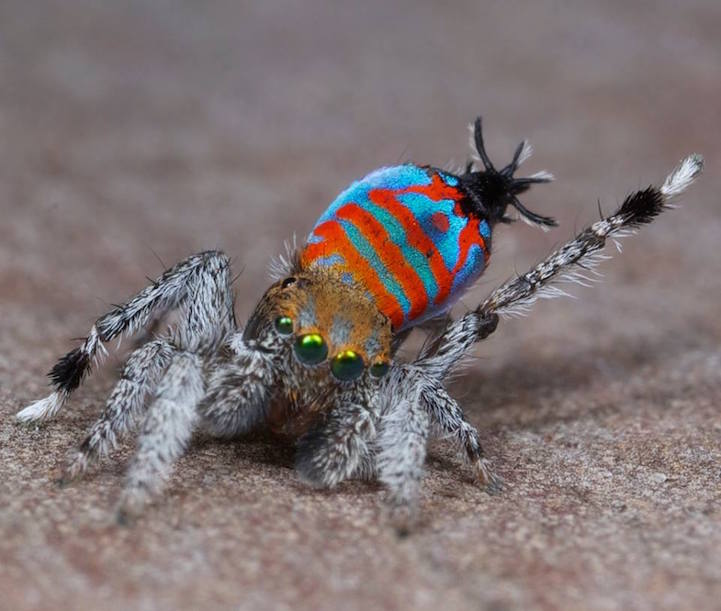 Most people wouldn't think of spiders as beautiful or cute, but there's no other way to describe these cuddly specimens. Nicknamed “Sparklemuffin” and “Skeletorus” for their gorgeous markings, these striking arachnids are are two new species of peacock spiders discovered in southeast Queensland, Australia. The credit goes to UC Berkeley graduate student Madeline Girard, who studies peacock spiders, and a friend who went with her into the field.

Girard affectionally named the blue-and-red spider “Sparklemuffin,” although its scientific name is officially Maratus jactatus. The other species is known as Maratus sceletus, but the nickname “Skeletorus” suits the creature's black-and-white markings perfectly. While the docile, brightly colored Sparklemuffin looks similar to previously discovered species of peacock spiders, Skeletorus is dramatically different, which makes entomologist and arachnid photographer Dr. Jrgen Otto speculate that “this group is perhaps much more diverse than we had thought.”

Peacock spiders, which measure 0.1 to 0.3 inches in size, are known for their vivid markings and flamboyant dance rituals used to try to attract mates. Although three other known species belong to the peacock spider group, many specialists suspect that we have much more to discover about the unique creatures. As Dr. Otto told Live Science, “Despite the large number of species we have discovered just in the last few years, I can't help feeling that we may have just scratched the surface of this most exciting group of spiders, and that nature has quite a few more surprises in store.” 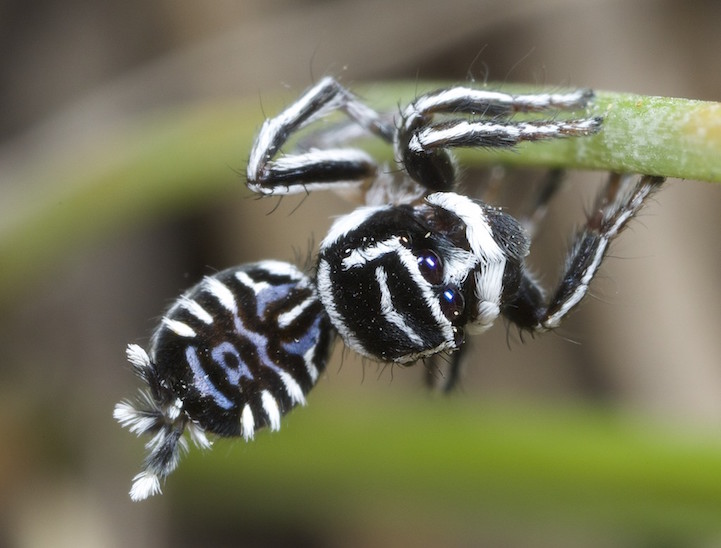 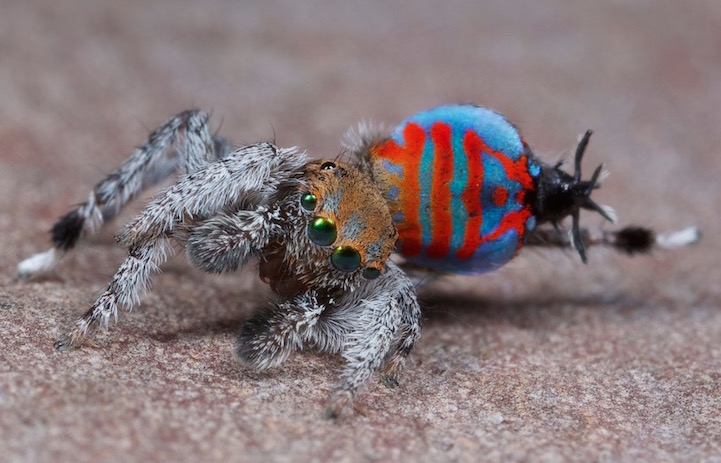