Proportionally Comparing the Size of Our Solar System 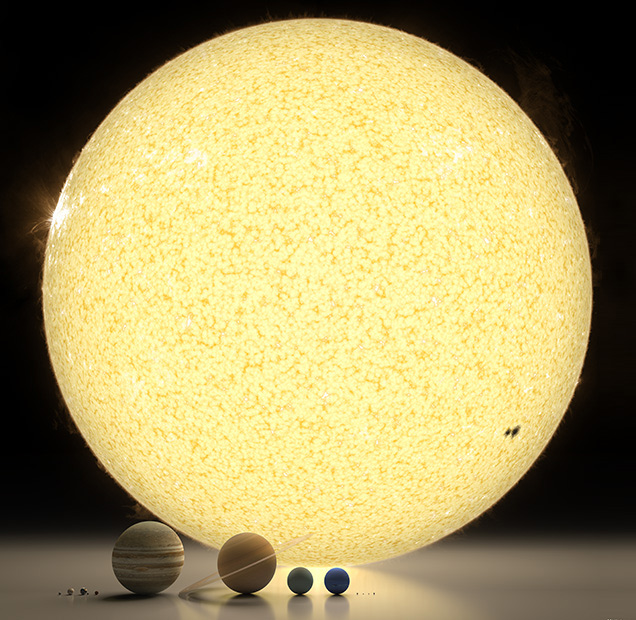 San Francisco-based graphic artist Roberto Ziche has produced these sleek graphics elegantly depicting the immense scale of our Solar System and its planets. Shown at their proportional sizes to one another, the planets are placed side-by-side, and not at their proper orbital distances, for ease of comparison. The small bodies on the left are Mercury, Venus, Earth with its moon, and Mars. Those to the right of the larger planets are the Solar System's four dwarf planets: Pluto, Haumea, Makemake, and Eris.

Ziche took on the task of revitalizing the age-old planetary size chart after noticing how disappointingly uninspired the design for existing educational materials was. The celestial bodies were computer rendered in 3D, with the lighting in the image emanating from its Sun using multiple graphical layers. This meticulous composition work leaves the viewer with a stunning depiction of the massive scale of our planetary neighbors. 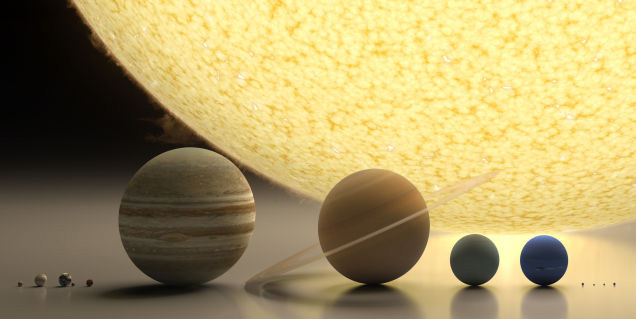 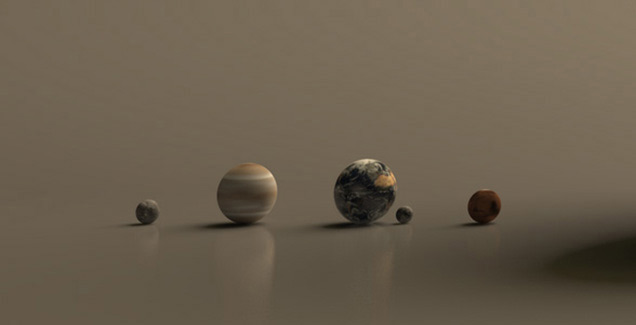