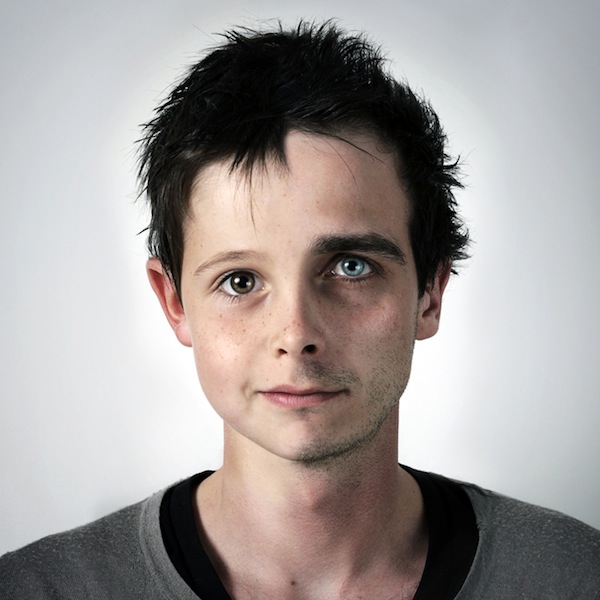 About a week ago, on August 16, we put up a post about Quebec, Canada-based graphic designer and photographer Ulric Collette's Genetic Portraits. I called it a “shockingly cool project.” Ulric took photos of two people from the same family and then melted them together using Photoshop.

In just one week on My Modern Met, that page alone received 270,000 views. Not only that, but we soon saw Ulric's work pop up on sites we all know and love such as Reddit, PetaPixel, Laughing Squid, Fubiz, SwissMiss, Neatorama, The Daily What, NotCot, well, the list goes on and on.

You could say that Ulric Collette's Genetic Portraits went viral.

So how did it all come about? People often ask me where we find our content. The answer is everywhere. Initially, I came across Ulric's crazy father/son photo manipulation (as seen above) on Flickr. (He no longer has an account there.) I was going through some “Favorite” photos from photographers I admire when I came across that image. I contacted Ulric and he opened my eyes up to his whole series.

The rest, you can say, is history. All of you tweeted, facebooked and emailed his fantastically freaky photos to your family and friends.

Now, what's happened to Ulric? With his permission, here is the email he recently sent to us.

I am literally buried with requests from press agencies and magazines, peoples who want to congratulate me on the project, or people who want to be part of the project. I've even got some solo exhibition requests. Over the last week, about 100,000 people visited my website and my Vimeo account count received over 128,000 plays, but I'm sure that it is very little compared to the exposure I've received since going viral. There was also a few invitation for commissioned work in London and Paris.

I've even been recognized on the street!

For the next couple of month, I'll concentrate my photography work around this project. I have a few shoots that are planned in the next few week and have a lot of planning to do for the Genetics Project.

Again, thank you for the big opportunity that you've given me.

Congrats, Ulric! Stories like yours make us truly believe in the power of the Internet to bring creative work to light. Can't wait to see where you'll take this project next.