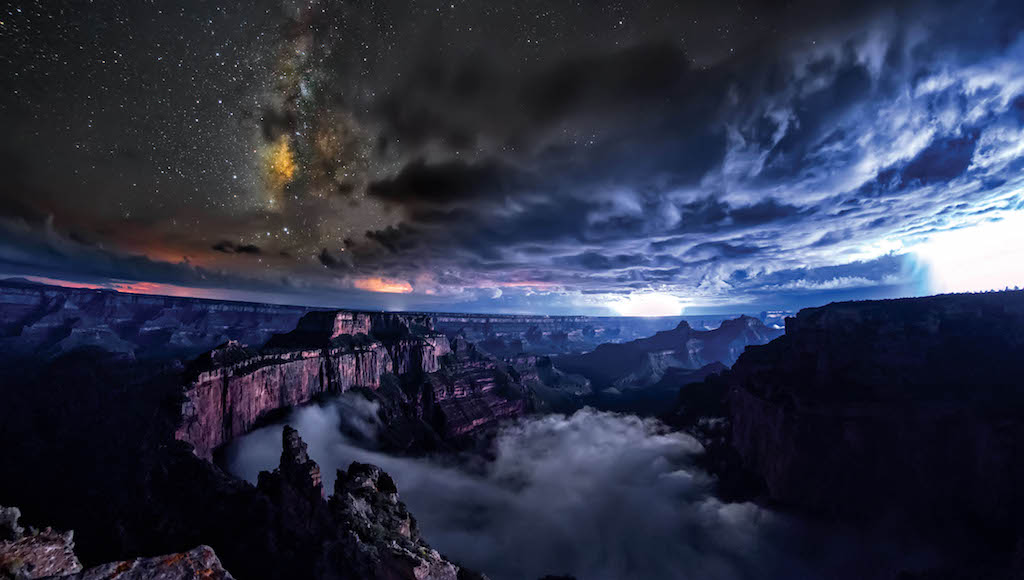 The Grand Canyon is one of the most beautiful places in the United States. On a cloudless day, the deep valleys and red rocks are a stunning sight, but the SKYGLOW project recently captured the national park in a way that few have seen it before. Their awe-inspiring time-lapse video shows, over the course of two and a half minutes, an extremely rare weather phenomenon called full cloud inversion. When this happens, fog rolls into the canyon and sweeps ethereal, wispy vapor over its floor. At the height of this effect, the expansive Grand Canyon looks like a day at the beach; the clouds appear as ocean waves during high tide.

SKYGLOW explains that full cloud inversion happens on extremely rare days. “Cold air is trapped in the canyon,” SKYGLOW photographer Harun Mehmedinovic writes, “and topped by a layer of warm air, which in combination with moisture and condensation, form the phenomenon.” The mesmerizing result makes visitors feel like they’re walking on clouds. Mehmedinovic told Gizmodo, “We were extremely lucky to be there to capture it, and it’s a collection of unique footage not found anywhere else.” To accomplish this, the two-person crew used Canon 5DSR and 5D Mark III cameras. They then combined images from several trips to the Grand Canyon over a two-year period.

If you’d like to try and experience full cloud inversion for yourself, the best chance you’ll have is visiting the park between November and January.

The overall goal of the SKYGLOW project goes beyond this video; it's to educate viewers on light pollution effects. In areas where there are a lot of streetlights and human activity, it’s harder to see the stars. SKYGLOW produced this video in collaboration with the International Dark-Sky Association, an organization working to preserve the tranquil beauty of night skies throughout the world.

The SKYGLOW project captured a stunning Grand Canyon time-lapse video that's gradually covered in clouds. Here are some of the stills from it: 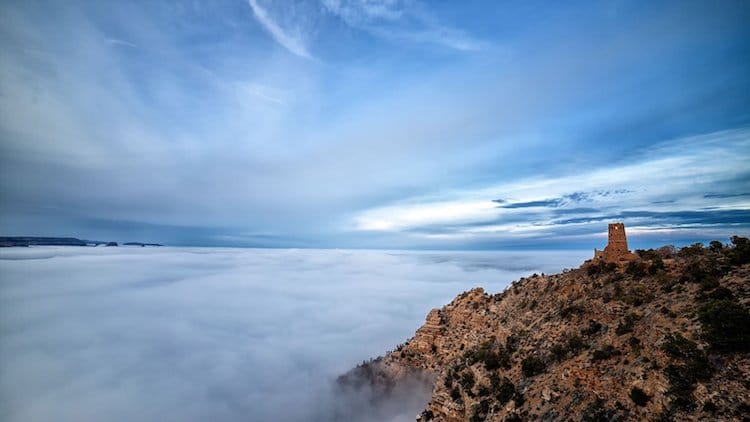 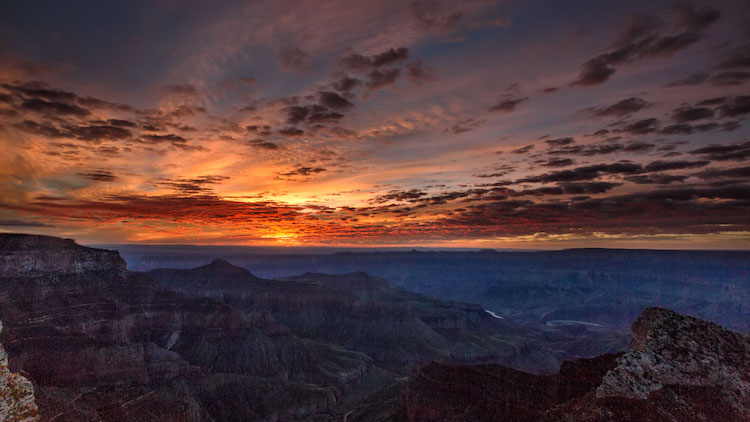 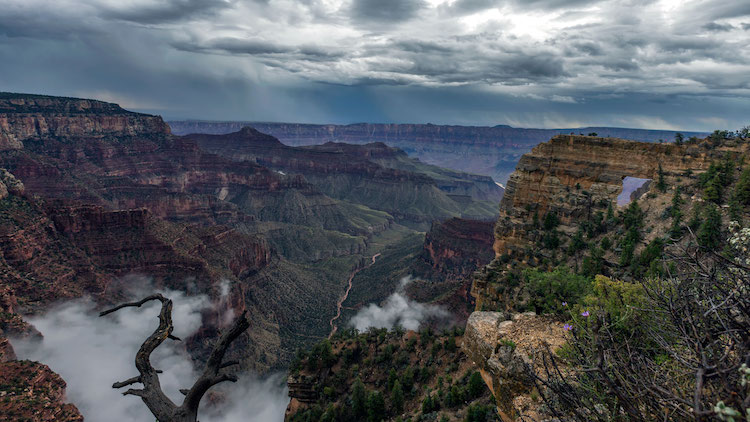 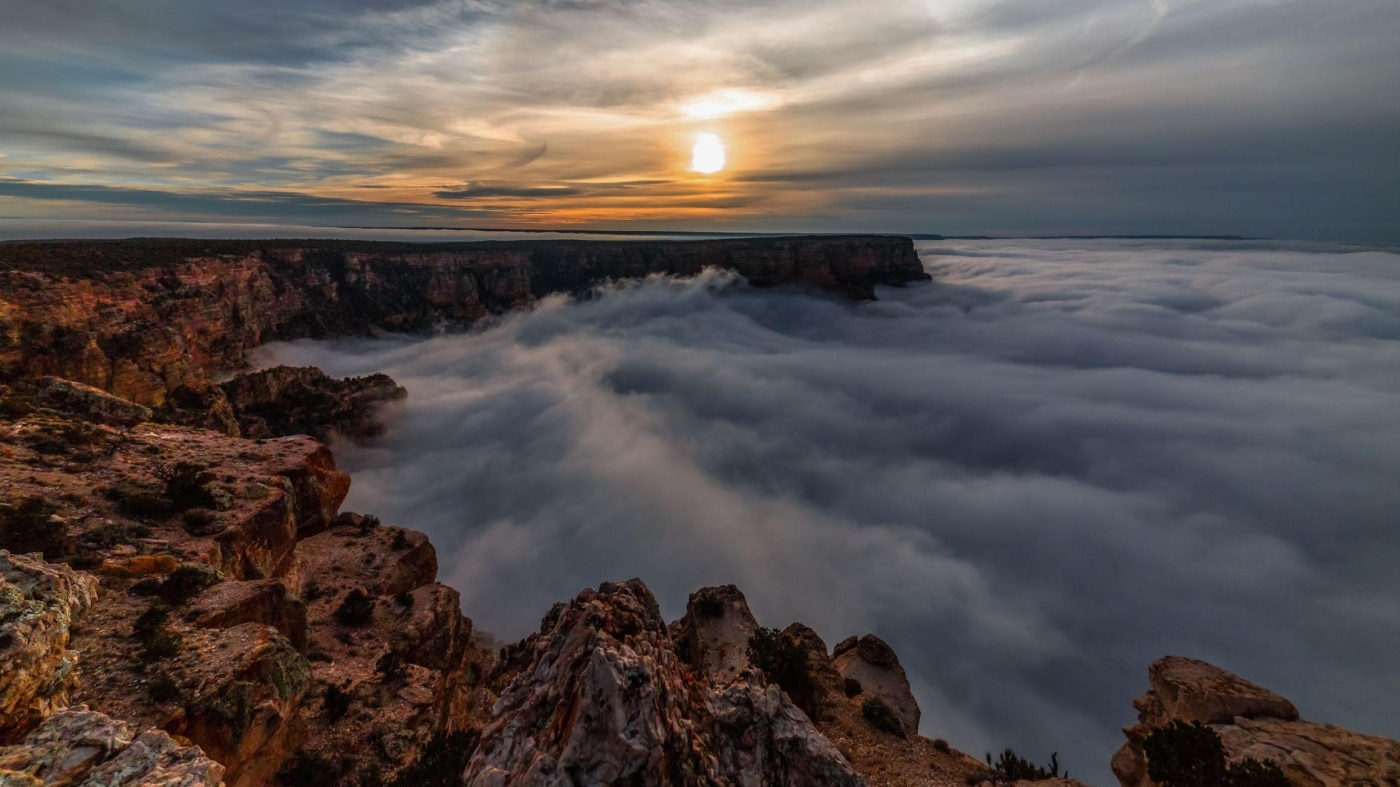 The reason for this massive cloud cover is from an extremely rare weather phenomenon called full cloud inversion. When it's in full effect, it makes visitors feel like they're walking on clouds. 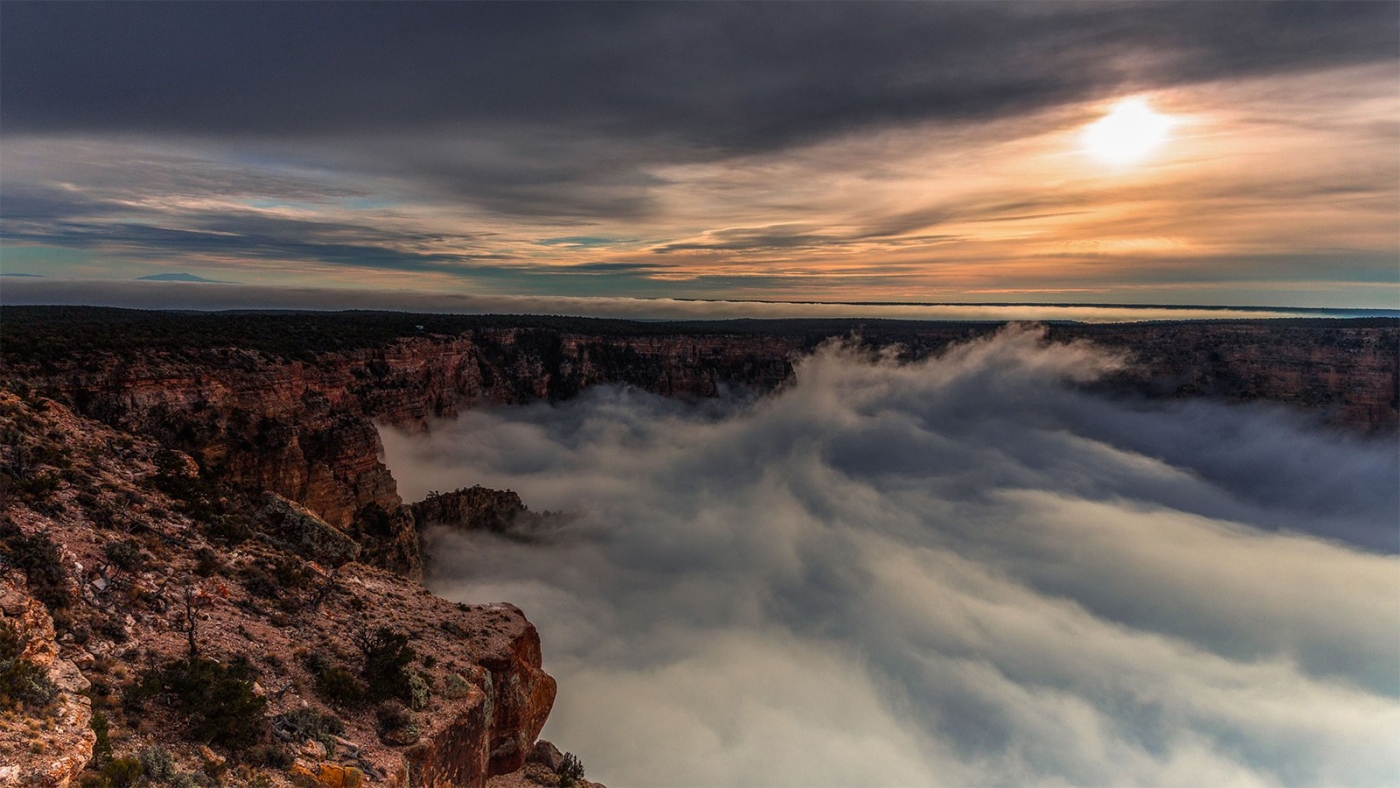 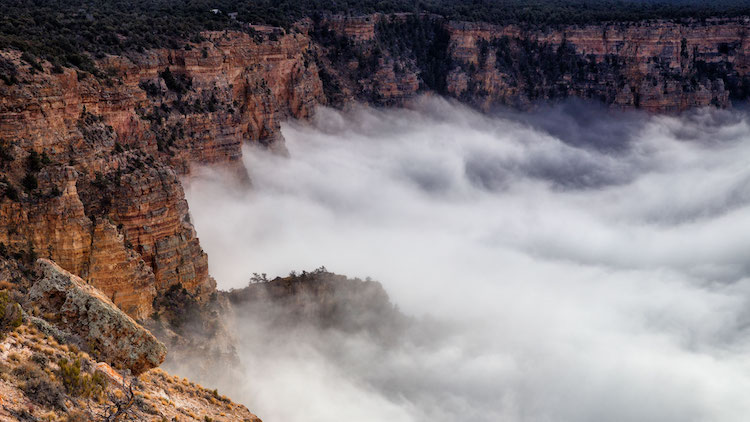 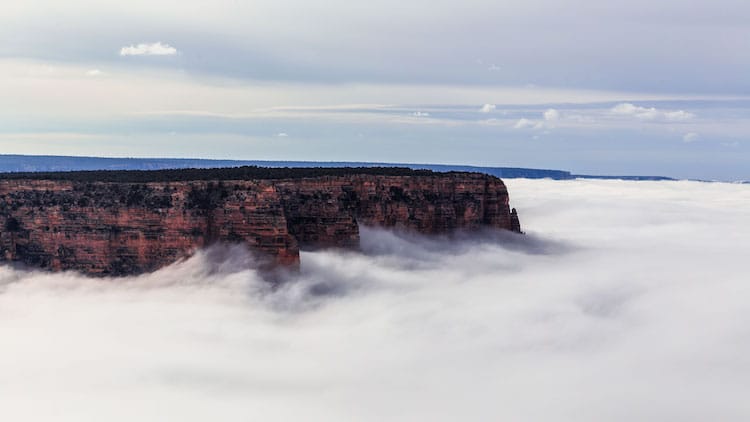 Watch the mesmerizing video below:

All images via SKYGLOW.