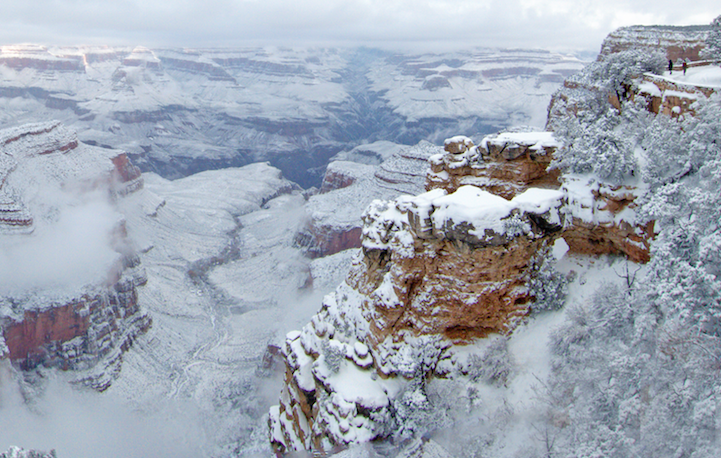 A flurry of snow on New Year's Eve turned the Grand Canyon into a winter wonderland overnight, coating the entire landscape in a magnificent blanket of white. Stunning photos shared by the Grand Canyon National Park Service show breathtaking views of the iconic landmark covered from top to bottom with snow, the signature colors of the canyon's layered rock partially obscured. Clouds hang low in the ravine, adding to the majestic beauty of the sight.

The winter storm continued into January 1, accumulating a total of over four inches of snow in northern Arizona to ring in 2015. Mountain roads were icy and slick in the Grand Canyon, but that didn't stop visitors from flocking to the national park to get a glimpse of the spectacular, tranquil scene. 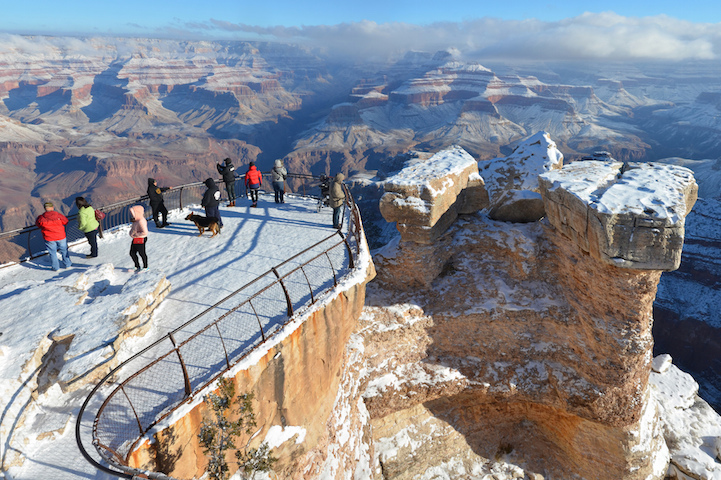 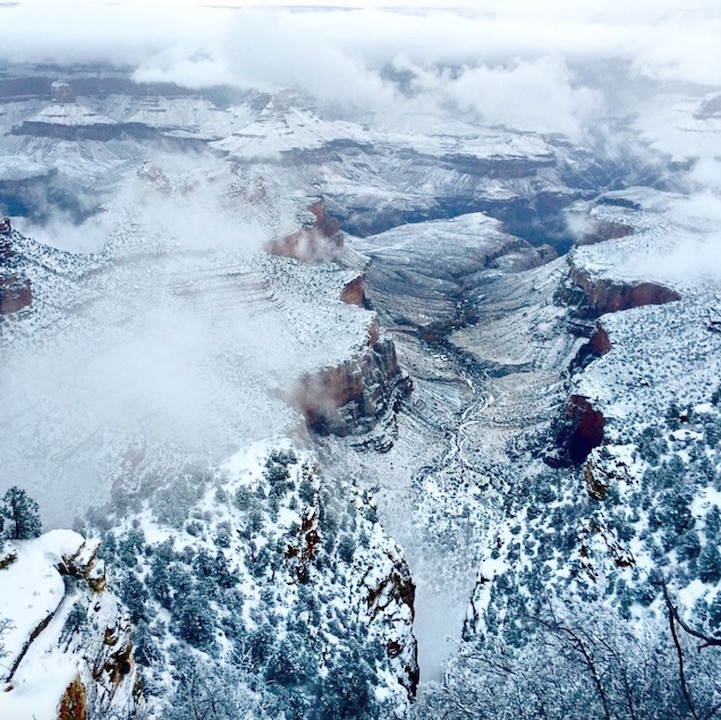 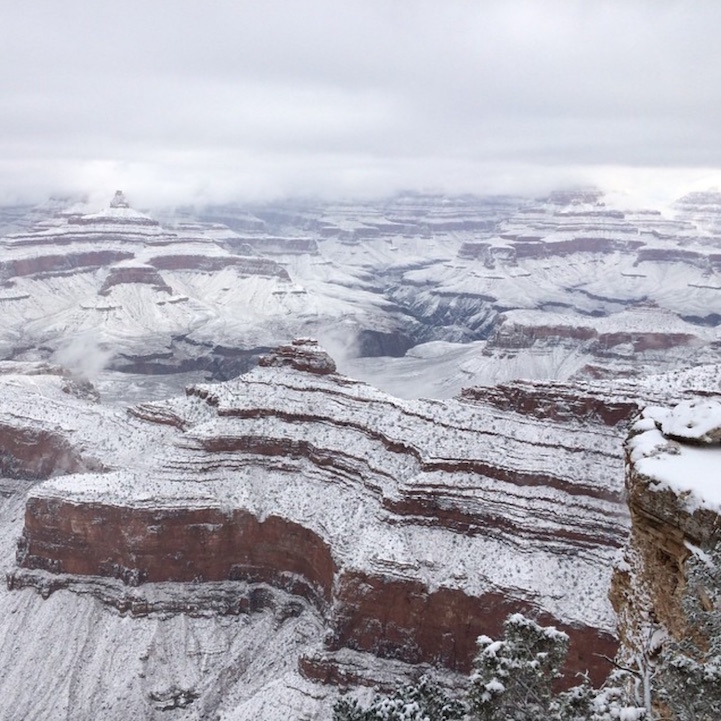 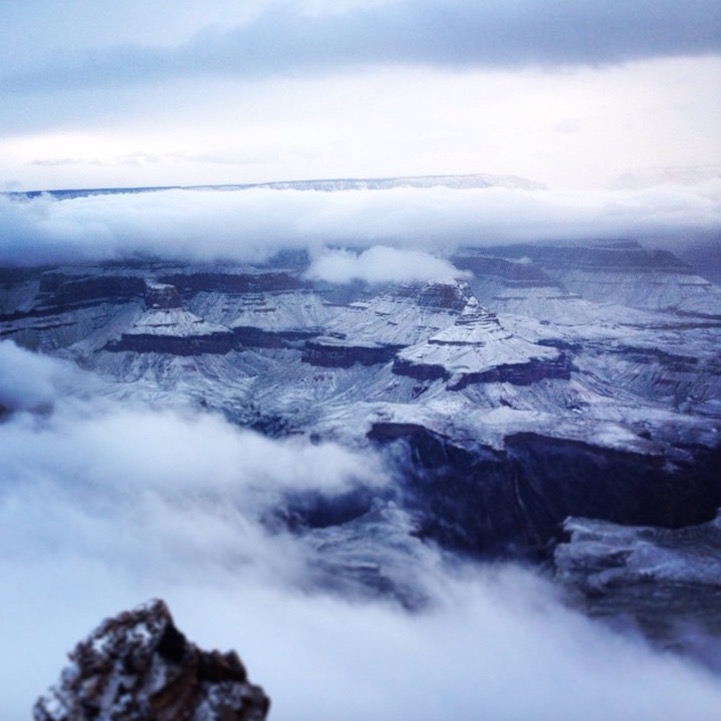