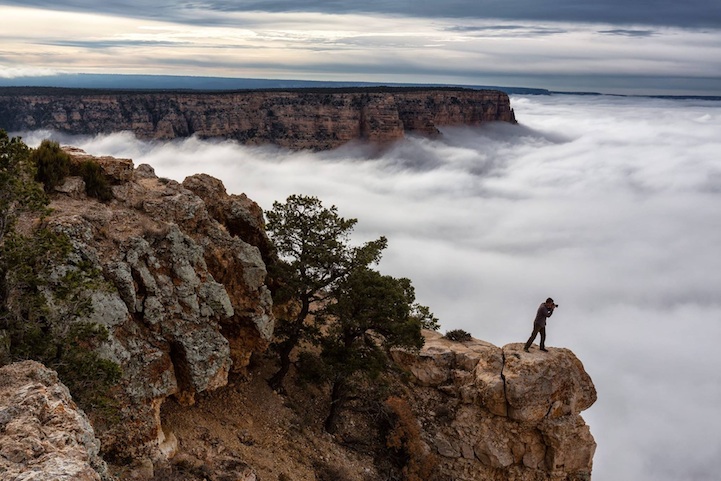 Photographer Harun Mehmedinovic captured a rare weather phenomenon this year when the Grand Canyon was filled with a stunning sea of clouds. Though it happened last year, as well, a total cloud inversion is still difficult to witness as it's only suppose to happen a few times in a decade.

“Given how rare the event is, it's very hard to exactly gauge when the inversion will happen, otherwise there would have been hundreds of photographers there that day,” Harun told us. “I work with BBC Earth, and for a while I've been wanting to team up with NatGeo's John Burcham for a shoot, and we just happened to pick the day the inversion happened by chance. I suppose you can call it luck, but one makes their own luck. Our goal was to shoot a timelapse at the canyon, and we got very unique and fascinating footage of the clouds rolling in like ocean waves. With a few more trips we plan to take next year, we should end up with a unique look at the Grand Canyon over several seasons.”

What did it feel like standing there, seeing the canyon fill up with clouds? “It felt like floating above the clouds. John picked up several large rocks and hurled them into the abyss as we watch them disappear after just a few feet. Absolutely surreal feeling being there, especially because you could see those clouds move in real time, the movement was spontaneous and aggressive to the eye, so one can imagine how the timelapse footage would work. Sometime next year people will be able to view it as part of this collaboration.”

If anything, what does he hope others will take away from these shots? “Very few of us will ever get to see something like that in person, so I wish to transport the audience to that moment, and I think their fascination with Grand Canyon will grow. Most of us see the same canyon there from the South Rim year after year, but you don't truly meet the place until you witness it from river level, when it becomes so intimate, or during a night thunderstorm when you see it in its most sublime form, and of course during the cloud inversion, where you feel somewhere above the heaven. Until you see this place from those unique perspectives, you hardly understand it's a living, breathing organism.” 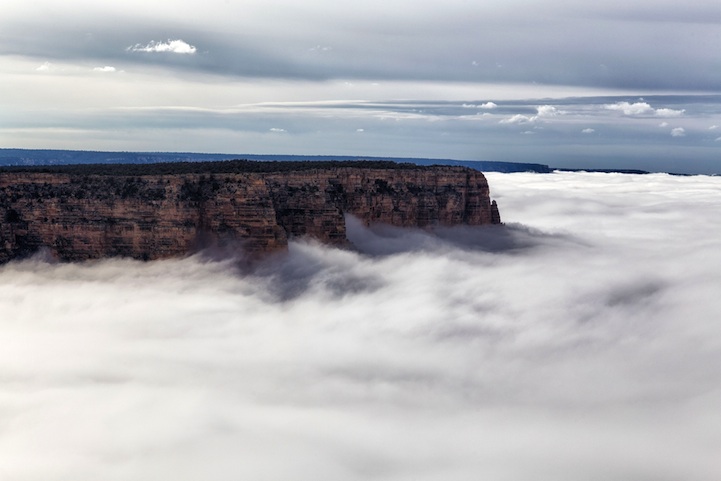 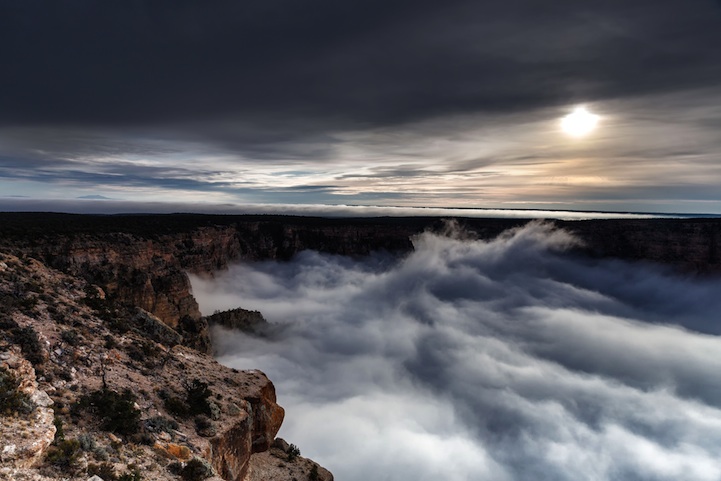 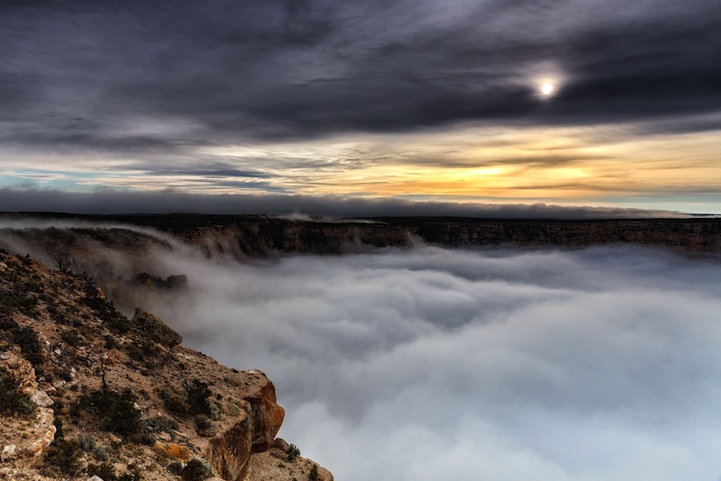 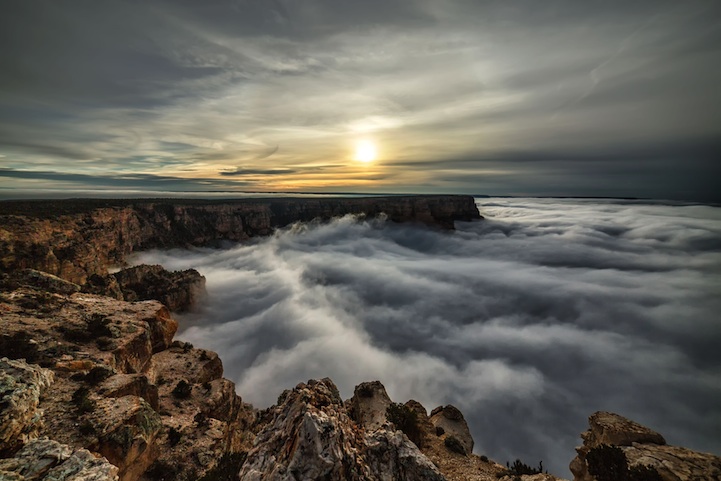