Drone Photography Where the Shadows Tell the Stories 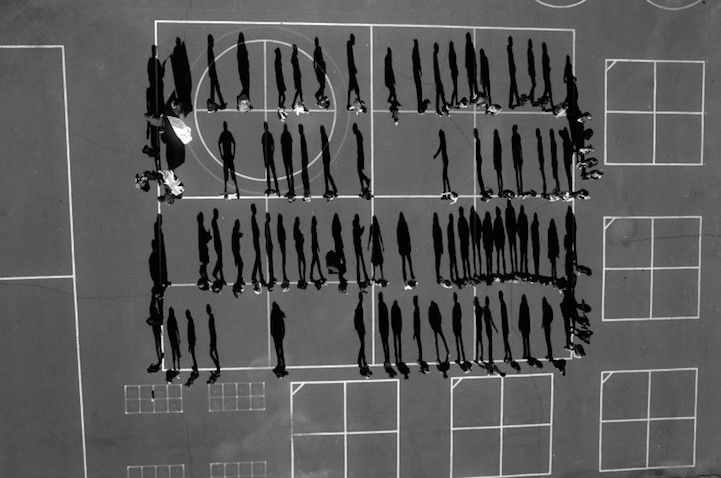 In this fascinating series Blue Sky Days, photographer Tomas van Houtryve attached a camera to a small drone and then traveled across America, photographing gatherings of people at weddings and funerals and where people prayed or exercised. Since 2004, several thousands of people have been killed by covert U.S. drone strikes in Pakistan and Yemen, at these types of gatherings, so the photographer wanted to explore what this would look like in America. He also flew his camera over places like prisons, oil fields and the U.S. Mexico border.

What he captured were many photos where shadows loomed large, telling intriguing stories. In one image, children play at a birthday party. You can see a mother bending down to help her child while other children joyously have their hands in the air.

As the photographer told National Geographic, “For the past 15 years I've worked as a professional photojournalist, inspired by the camera's ability to connect human beings, document news, and capture beauty. But there is a darker side to how photography is used in our world today. Cameras are increasingly deployed for surveillance, spying, or targeting. I often wonder whether these uses have already eclipsed traditional ones, such as portraiture and fine art. Are we at a point in the evolution of photography where the medium has become weaponized?”

The series was named Blue Sky Days after the photographer heard a story about a drone striking a 67-year-old woman picking okra outside her house. The woman's 13-year-old grandson, Zubair Rehman, who was injured by shrapnel in the attack, said at a Washington DC briefing, “I no longer love blue skies. In fact, I now prefer gray skies. The drones do not fly when the skies are gray.”

Blue Sky Days was just honored by the World Press Photo awards. The 2015 contest drew entries from around the world, 97,912 images were submitted by about 5,692 press photographers, photojournalists, and documentary photographers from 131 countries. Tomas' series won 3rd place in the Contemporary Issues category.

Above: Students were seen in a schoolyard in El Dorado County, Calif. 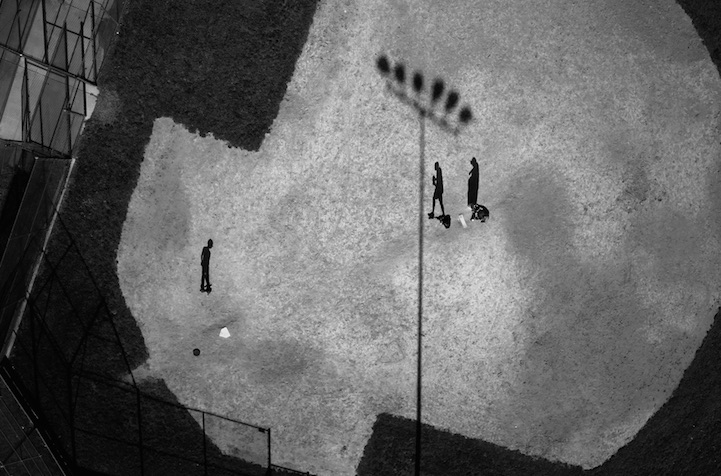 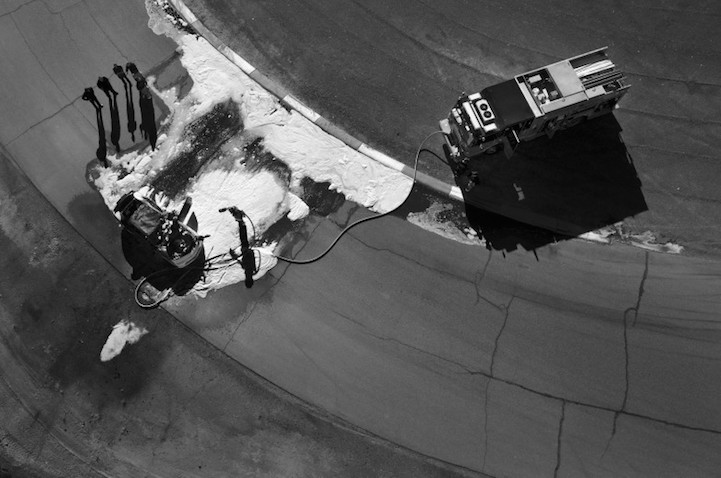 A fire truck and crew responded to a car fire in the Gila River Indian Community in Maricopa County, Ariz. 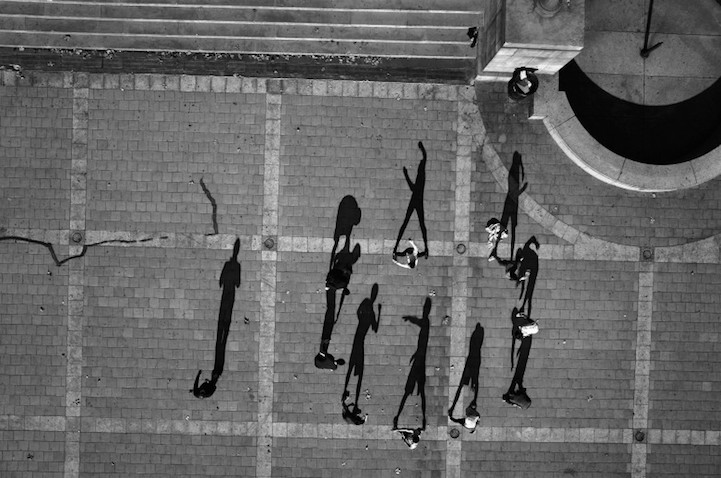 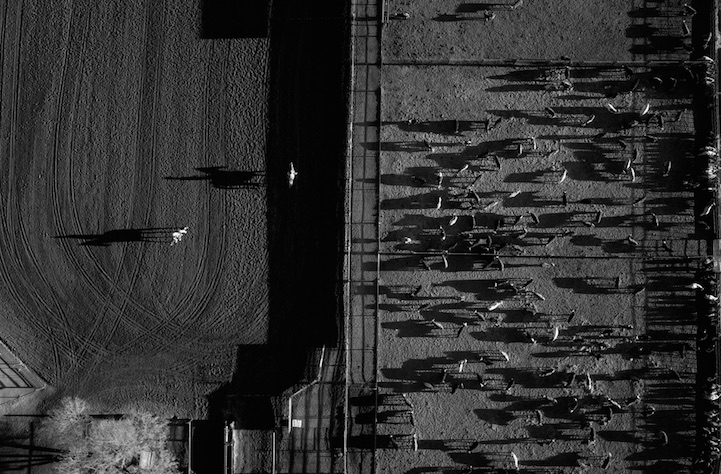 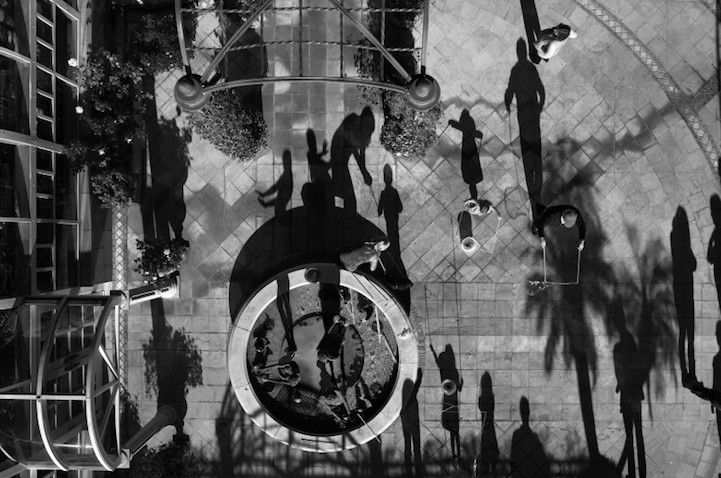 Children play at a birthday party in Sacramento County, California. 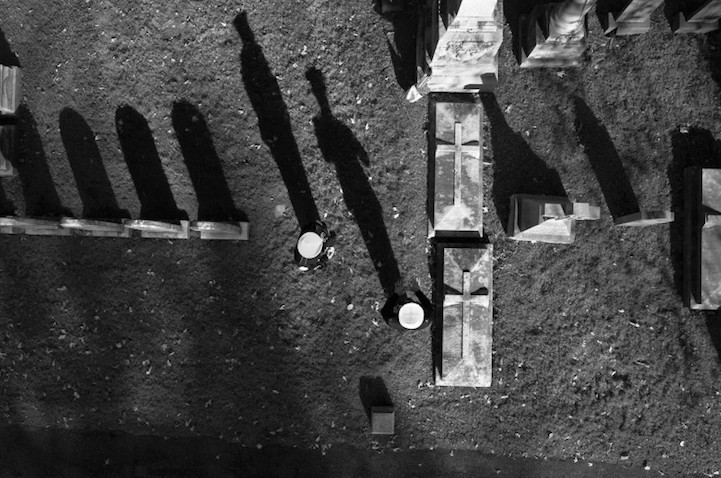 U.S. Marines in Philadelphia, Pennsylvania, prepare for a wreath-laying ceremony in observance of Veterans Day. 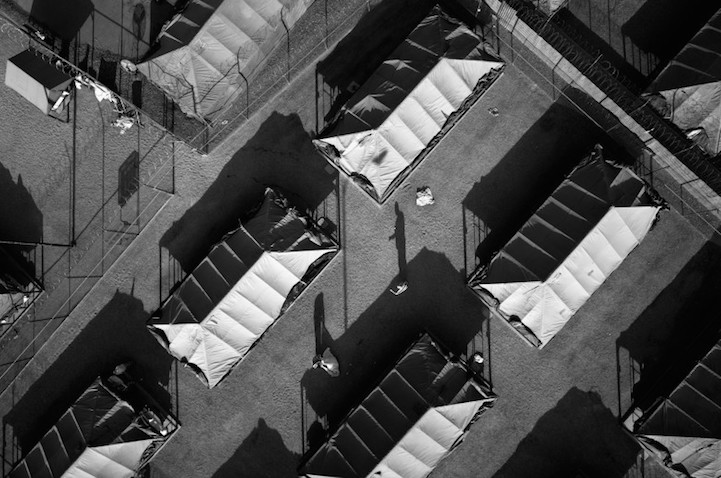 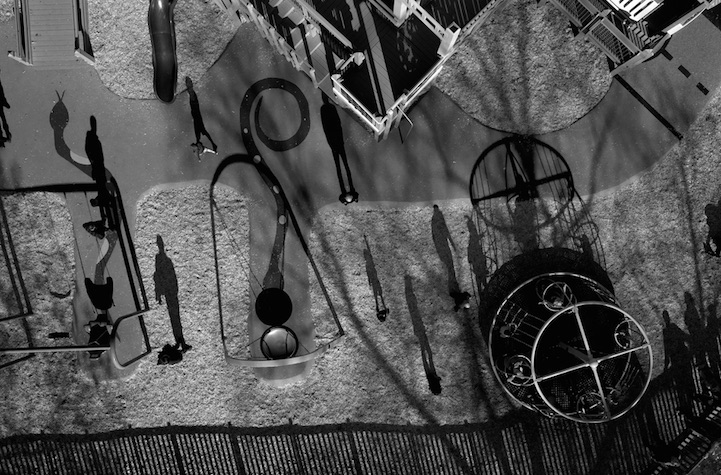 A playground in Sacramento County, Calif.