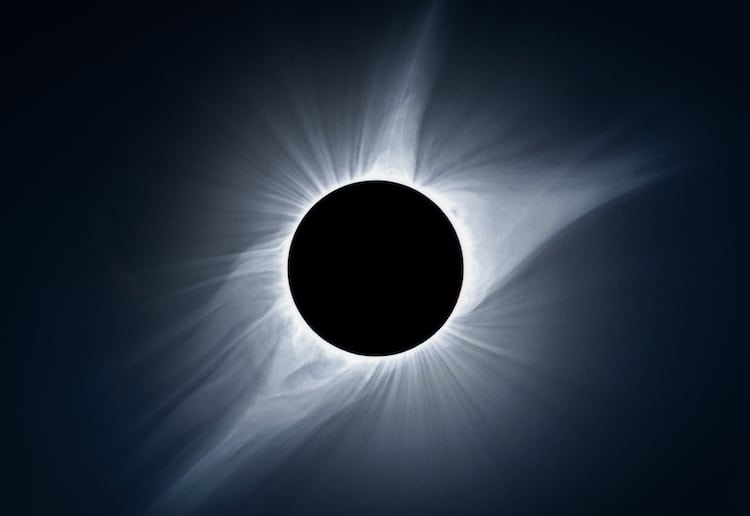 Navid Baraty's stunning photo features 12 exposures compiled to showcase the sun's corona during the total eclipse.
This post may contain affiliate links. If you make a purchase, My Modern Met may earn an affiliate commission. Please read our disclosure for more info.

The total eclipse that spanned across the United States on August 21, 2017 was a spectacular sight. Photographers from around the country—and even some in space—captured the phenomenon as it appeared for the first time in 99 years.

Depending on the location, some viewers had a better vantage point than others. The eclipse was the most visible along a totality line that traveled in an arched path starting near Salem, Oregon and ending close to Charleston, South Carolina. Photographer Navid Baraty was one of the lucky people who was able to see the eclipse in the 100% totality zone. Being a creative person and lover of science, he used the opportunity to create a compelling composite photo that encapsulated what it was like to witness this awe-inspiring occurrence.

Taken in Madras, Oregon, Baraty’s photography has an otherworldly feel. “I combined 12 exposures to capture the sun's corona during the total eclipse,” he shares on Reddit. “I did my best to capture how the moment actually looked in the sky.” The depth of the black hole is both awe-inspiring and ominous, something that Baraty was acutely aware of while there. “I felt a simultaneous feeling of euphoria and terror while watching it,” he remembers.

Baraty calls this photo a “labor of love.” He used a Nikon D800 with a Sigma 150-600mm lens to snap the separate pictures and then used Photomatix software to compile it all. But images weren’t the only way that Baraty documented the special day. “I had my phone set up on a tripod,” he says. “I wanted to remember the audio and reactions from the day. Still gives me goosebumps too.” Continuing to recall the events of the momentous day, he says, “Many people around me were crying and screaming and just overcome with emotion. Can't wait for the next.”

Navid Baraty captured the total eclipse in one amazing composite photo. Here are some other shots from that magical time on August 21, 2017: 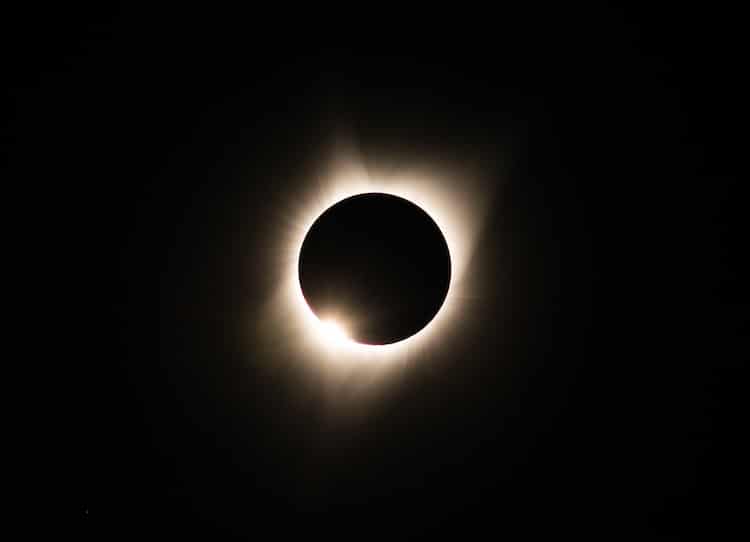 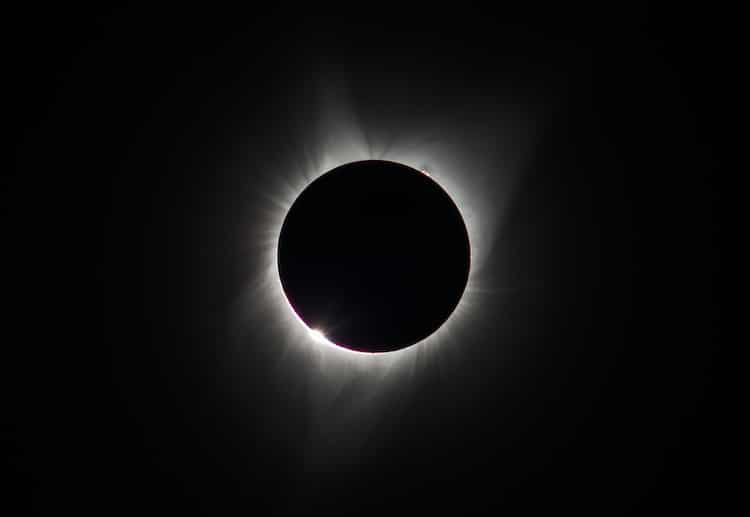 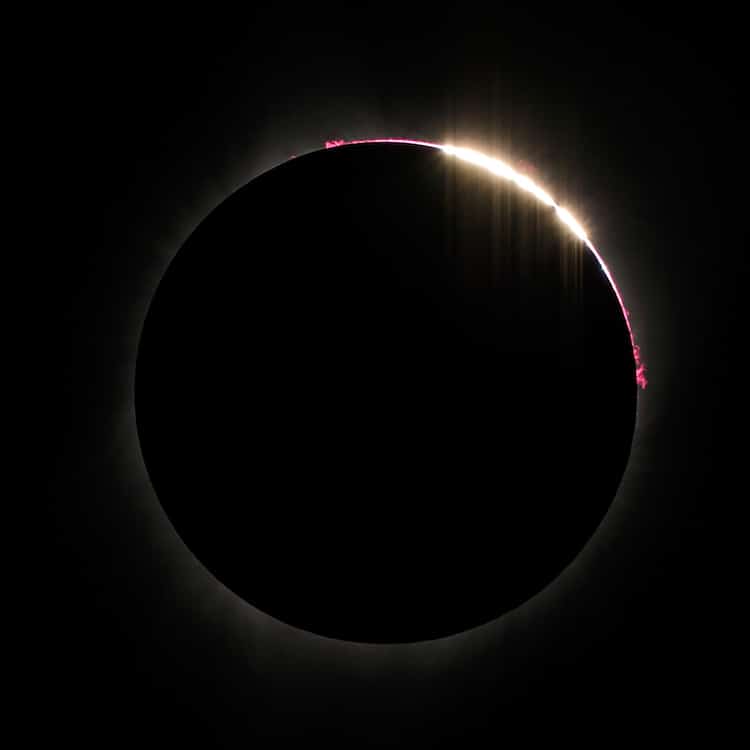 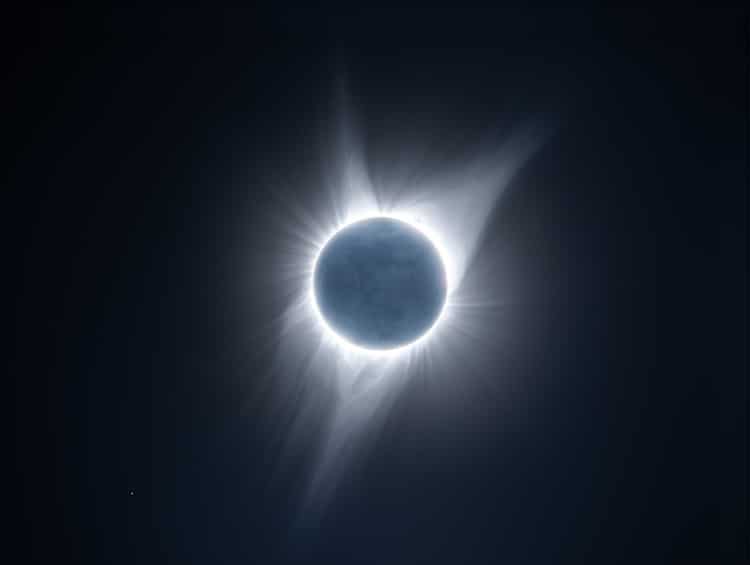 In addition to capturing the sky, Baraty photographed the atmosphere of people viewing the eclipse. 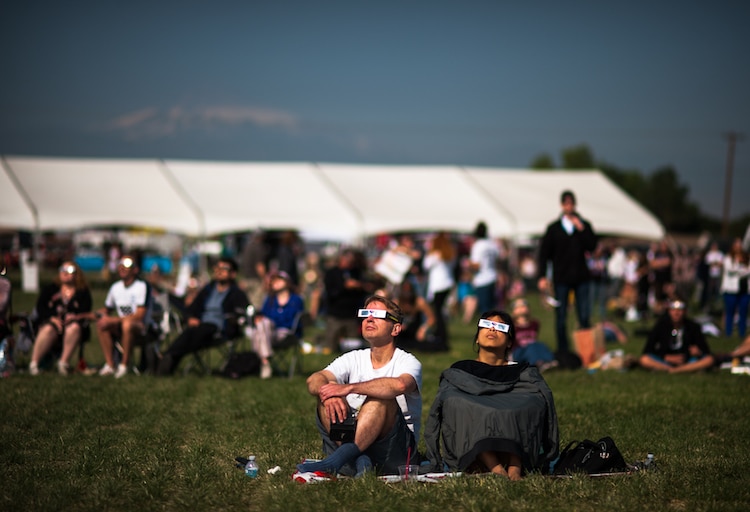 My Modern Met granted permission to use photos by Navid Baraty.