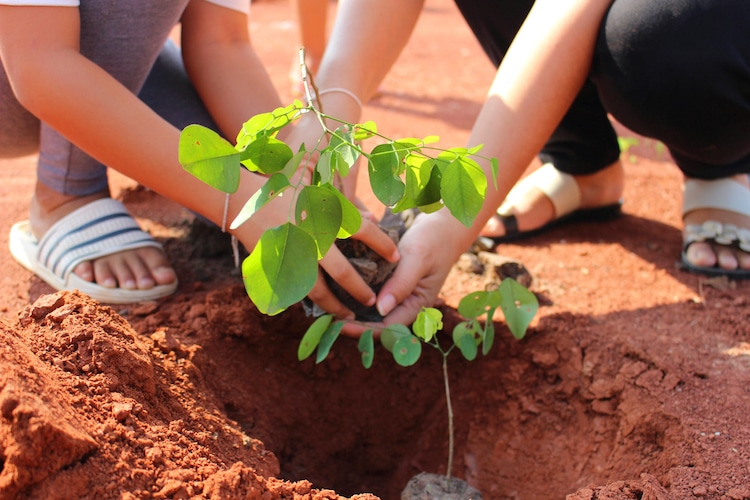 Forests cover about 30% of our planet's land mass, but ever since humans started cutting down trees, the “lungs of the world” have been disappearing at an alarming rate. Deforestation has had a devastating effect on the habitats of wildlife, weather patterns, and even climate change. Although human impact is to blame, people all over the world are now taking action, with a shared goal to restore their local forests and landscapes.

On July 29, 2019 in Ethiopia, humanitarians, students, government officials, and environmentalists gathered in over 1,000 sites across the country with a goal to plant 200 million sapling trees. In just 12 hours, officials claimed they had planted over 350 million trees, almost doubling their original goal. Although it’s not yet officially confirmed, Ethiopia’s astounding effort is believed to have broken the current world record of 50 million trees planted in one day, held by Uttar Pradesh, India.

Ethiopia’s commitment to saving our planet is commendable, but the country's efforts won’t stop there—the Green Legacy initiative, led by Prime Minister Abiy Ahmed, aims to plant 4 billion trees by the end of 2019.

On July 29, 2019, the people of Ethiopia gathered across the country to plant 350 million sapling trees in just 12 hours.

Environmental sustainability is one of our corporate philosophies!
We fly high to make the world a better place for all!#GreenLegacy pic.twitter.com/vgocQJ7RtW

Restoring our cities and leaving a #GreenLegacy for sustainable growth “that meets the needs of the present without compromising the ability of future generations to meet their own needs” #PlantYourPrint. pic.twitter.com/9uf5uyNP4O

#GreenLegacy is a vision for the next generation. It is creating a blueprint for them and showing them the way. #GreenEthiopia #HealthyEthiopia 🇪🇹 pic.twitter.com/TFudQhiAKc

Honored to have been part of the #GreenLegacy Initiative. “He Who Plants a Tree Plants Hope”- Lucy Larcom @PMEthiopia pic.twitter.com/d7K6BTpYor

Today, our Embassy took part in the nation’s 200 mill seedlings a day planting campaign. The UK has been supporting the planting of an estimated 95 million trees through our contribution to the Productive Safety Net Programme and will continue to support Ethiopia’s #GreenLegacy. pic.twitter.com/cKtBK2FYHZ