UNICEF Turns Soldiers Back Into Children 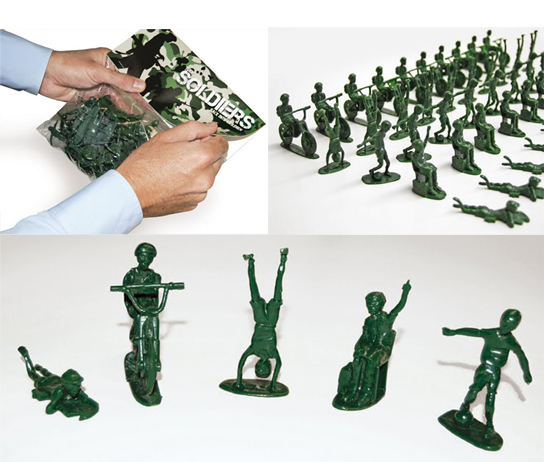 What a creative way to send a serious message. As you may know, the African continent has the world's highest number of child soldiers. UNICEF extracts many of these children from combat and reintegrate them into society. In order to rally support for this cause, UNICEF sent a package to supporters and potential sponsors. It was a familiar pack of plastic toy soldiers that arrived as a regular piece of direct mail. Once opened, though, it was clear that the green figurines were not armed, but were simply doing “normal' things for children — riding a bike, playing football or sitting in a class room. The message was clear. It's time to turn these kid soldiers back into children. Agency: Y&R Johannesburg, South Africa. Via AdAge