Haunting Beauty of a Mysterious Frozen Crater in Northern Siberia 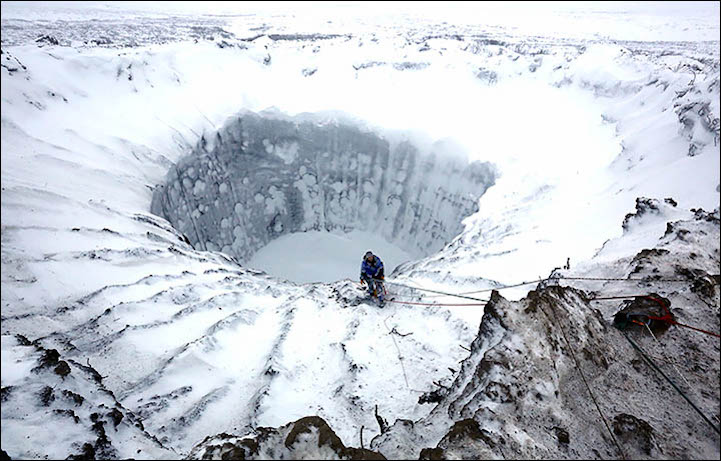 New images released by the Russian Centre of Arctic Exploration capture the haunting beauty of a mysterious crater that formed recently on the Yamal Peninsula in northern Siberia. The photos were taken last week during an expedition to the massive hole in an icy area that locals call “the end of the world,” where a team of scientists used climbing equipment to reach the sunken base of the crater for the first time.

The team waited until winter to descend because the hardened ground made it easier to scale 16.5 meters (54.1 feet) down the funnel of the crater. At the bottom, the scientists examined the frozen surface of a lake at least 10.5 meters (34.4 feet) deep. They used probes and other tools to make measurements and record data, which must be processed before any conclusions can reached.

Vladimir Pushkarev, director of the Russian Centre of Arctic Exploration and the leader of the mission, says it's too early to confirm or deny theories on the the crater's formation, including one suggestion that climate change caused unusual heat on the surface and below, leading to a release of gas hydrates and a huge eruption. Similarly, Pushkarev is wary of drawing conclusions comparing the crater to the eruptions beneath the Atlantic Ocean that caused the Bermuda Triangle phenomenon. In his words, “As of now we don't see anything dangerous in the sudden appearance of such holes, but we've got to study them properly to make absolutely sure we understand the nature of their appearance and don't need to be afraid about them.” 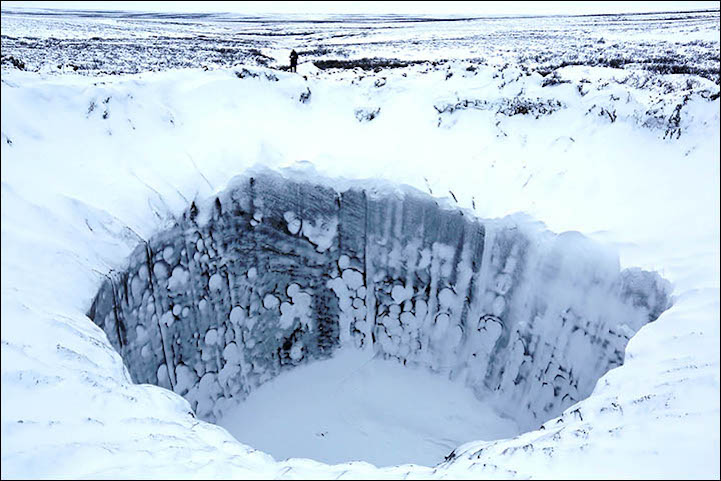 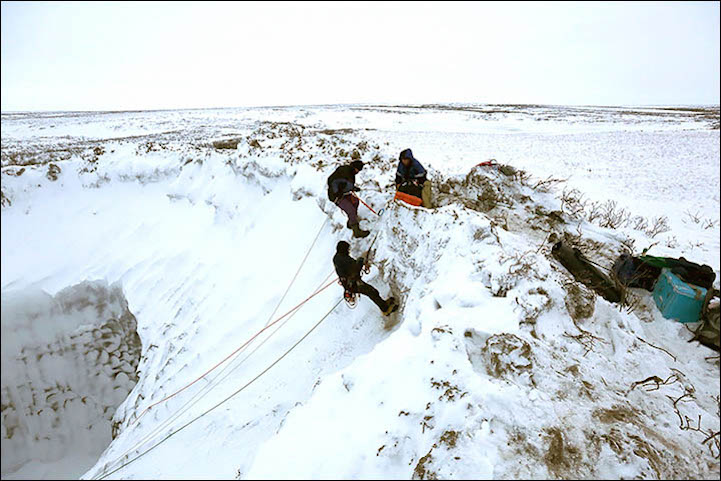 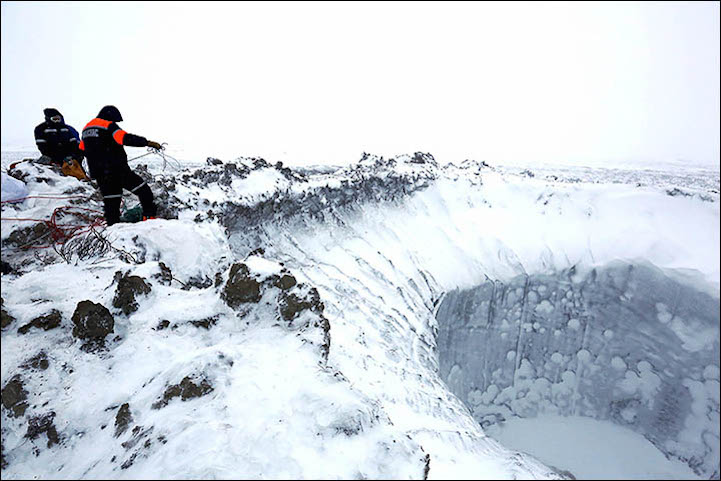 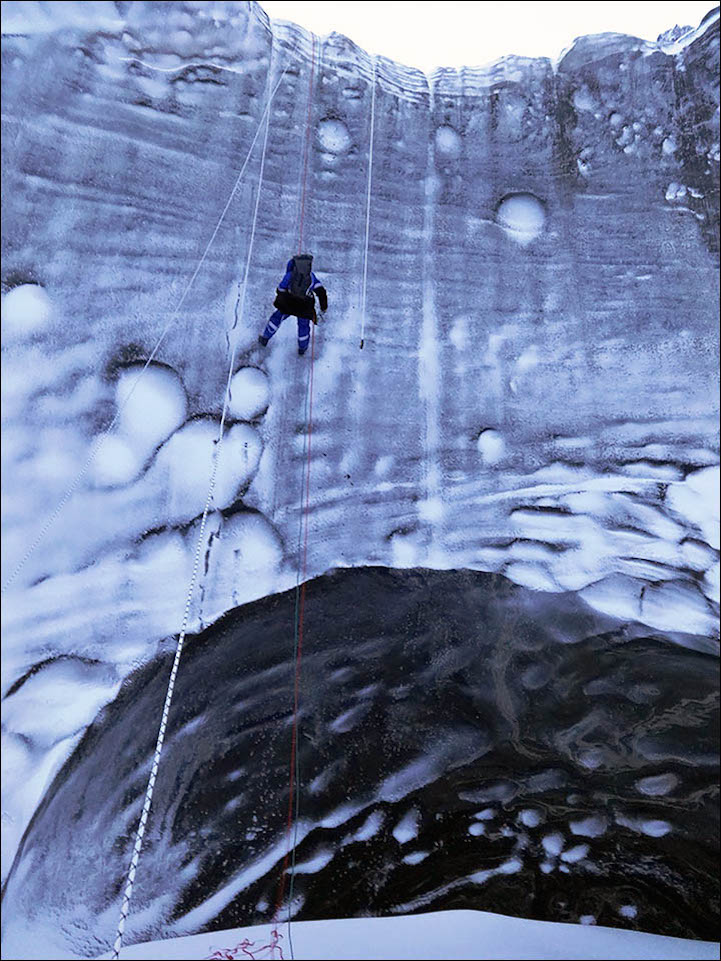 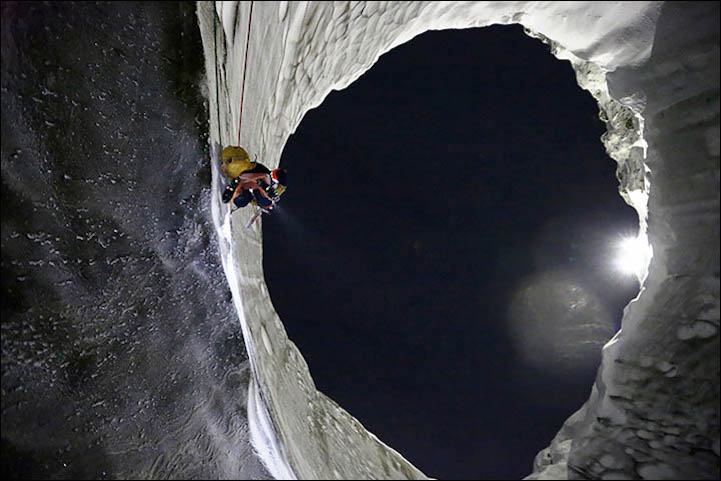 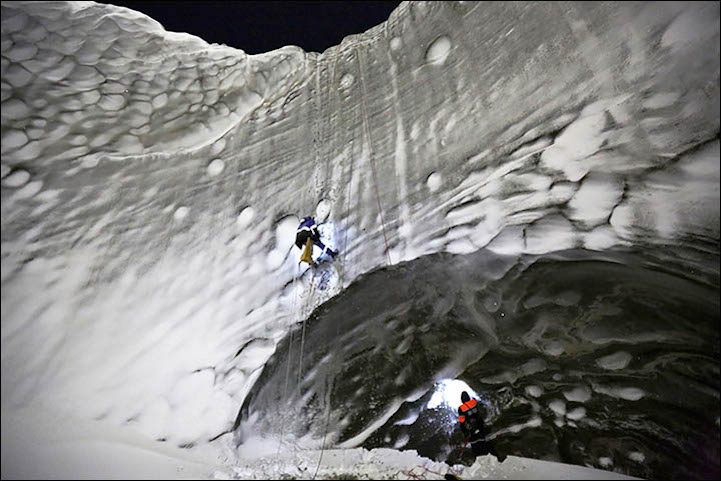 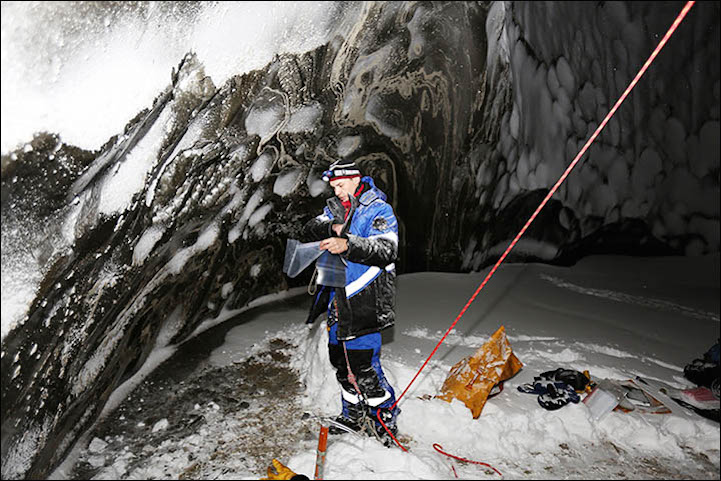 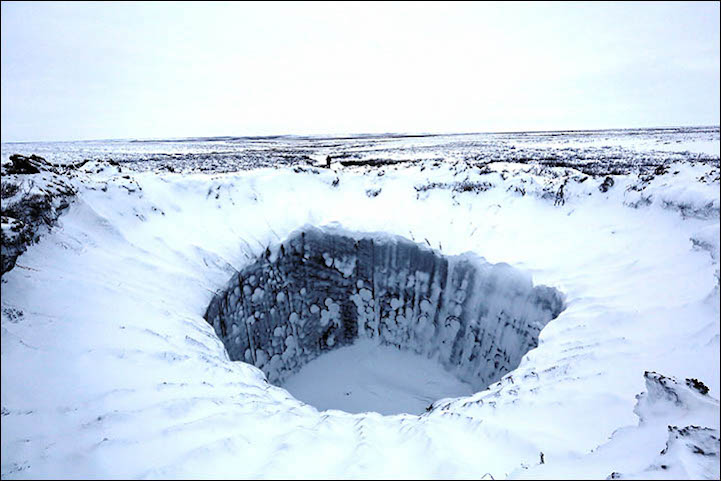