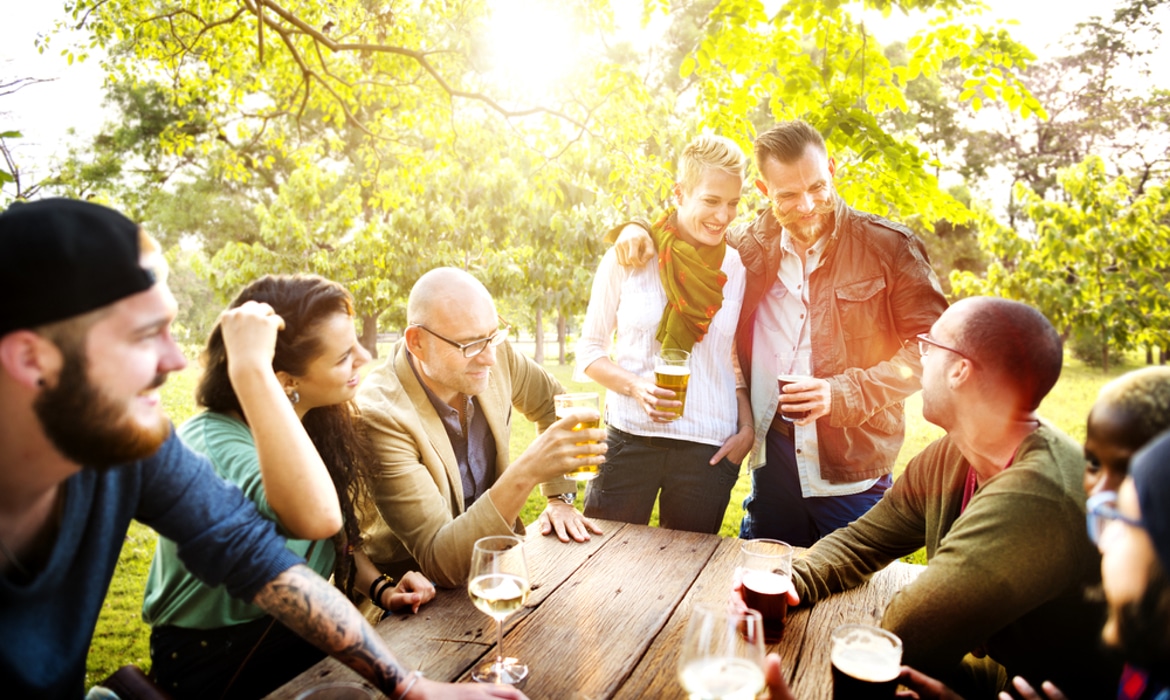 The best data visualizations make you think and reevaluate what you might take for granted. Data scientist Henrik Lindberg recently pulled together some data that will have Americans rethinking who they spend their time with.

Using data from the 2003 to 2015 annual census by the US Bureau of Labor Statistic, Lindberg culled six charts to show who Americans pass time with throughout their lives. Dan Kopf from Quartz transformed the information into a sleek visualization divided into friends, family, co-workers, partners, children, and alone time. The results may surprise you.

Of course, it's no surprise that early in life we spend the majority of our time with family and friends. This time decreases as we move into our 20s, making space for partners and children. And most won't find it shocking that co-workers actually share most of our daily hours, but it's the last chart that some may find most disheartening.

Lindberg found that as we age, the time we spend alone increases significantly. Just as the time we spend with our children plateaus around 50, our time alone steadily creeps upward through our elder years. That's all fine and good if you're an introvert, but it may cause you to think twice about reaching out to your parents and grandparents and spending some quality time with them.

But don't feel too bad. Older people actually report less stress and higher levels of happiness than people in their 20s. Emotional stability grows over time, allowing people to brush off things that would have been stressors in their younger years. So while we may spend most of our golden years alone, it doesn't necessarily mean we're lonely. 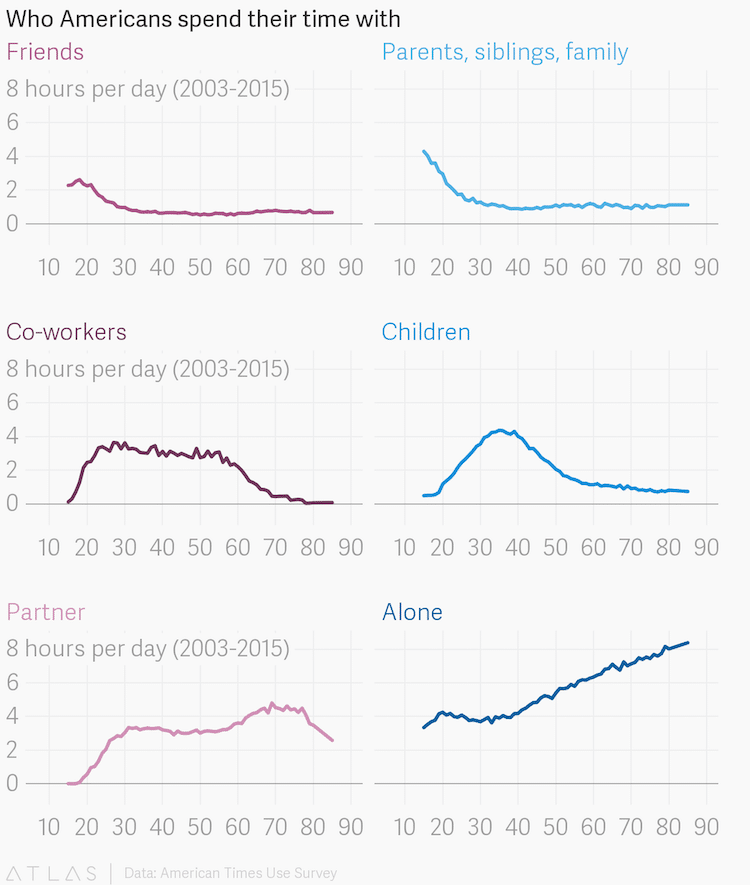 Infographic Offers a Valuable Guide to Feeling Happier in Your Life