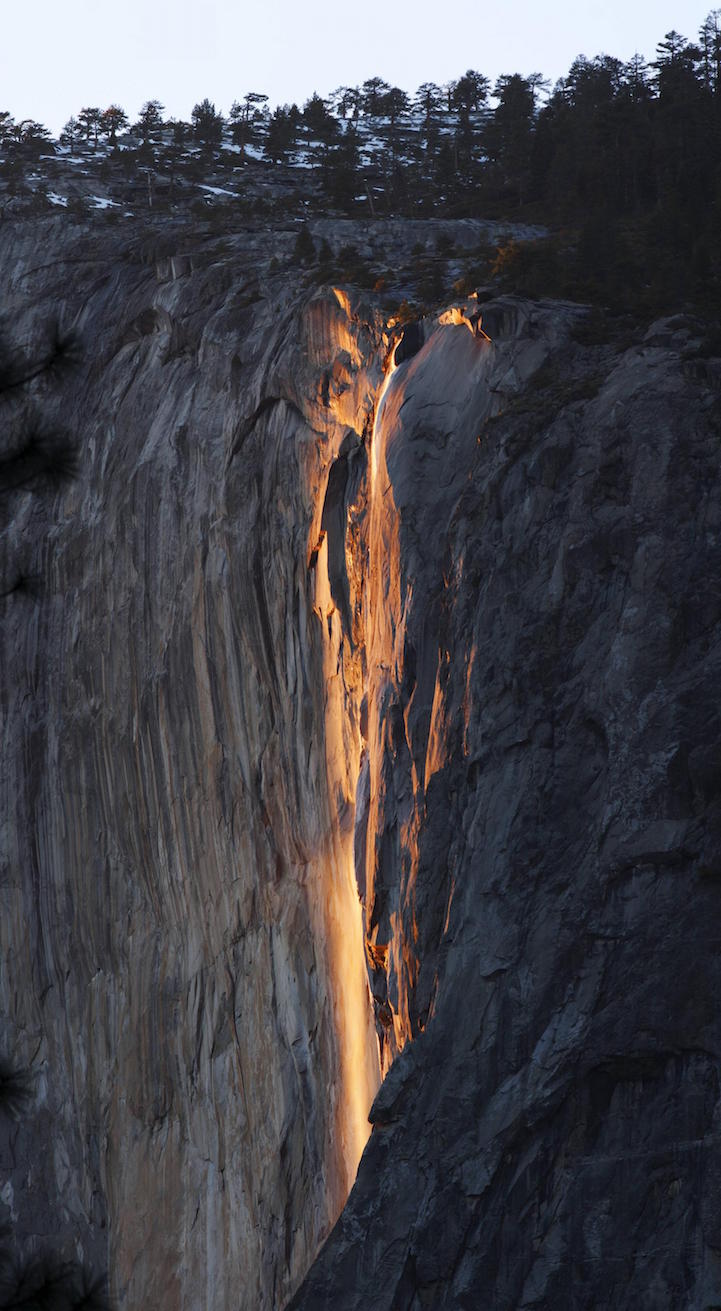 At first glance, it might appear that lava is flowing from rocks in Yosemite National Park. But, this is just a beautiful illusion created by the perfect weather conditions. Reddit user dirtyfries posted these pictures of Horsetail Fall that's located in the park and flows in the winter and early spring. The setting sun illuminates the cascade and causes the water to glow a brilliant orange and red color. This natural phenomenon is referred to as the Firefall.

According to Yosemite Firefall, a website that's dedicated to the occurrence, the best time to catch sight of this splendor is in late February. Several factors contribute to its fire-esque effect including ample water flow (caused by snowmelt) and a clear western sky. Once the cascade lights up, the spectacular illumination lasts about 10 minutes and has an almost supernatural feel.

Interested in catching a glimpse of the Firefall? It's best seen from the north road leading out of Yosemite Valley east of the famous El Capitan. 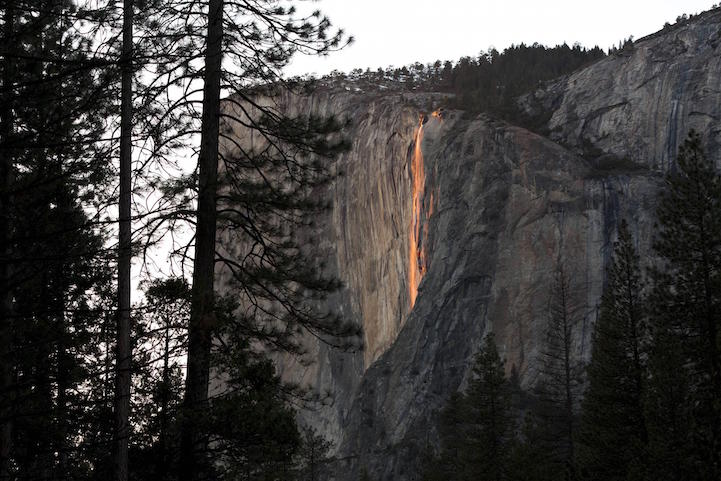 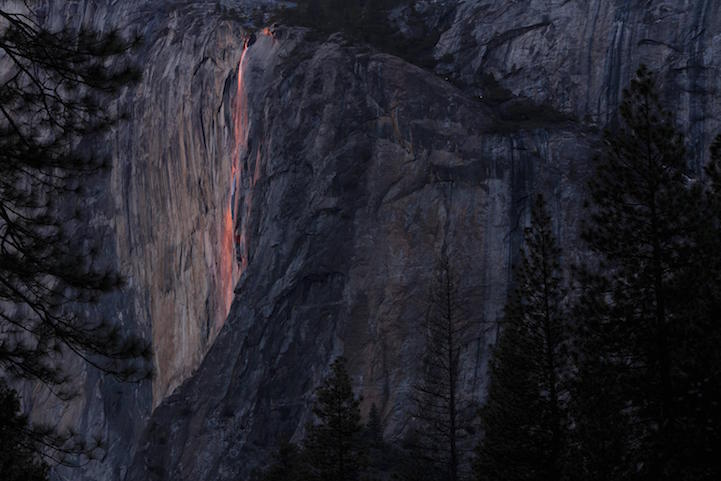