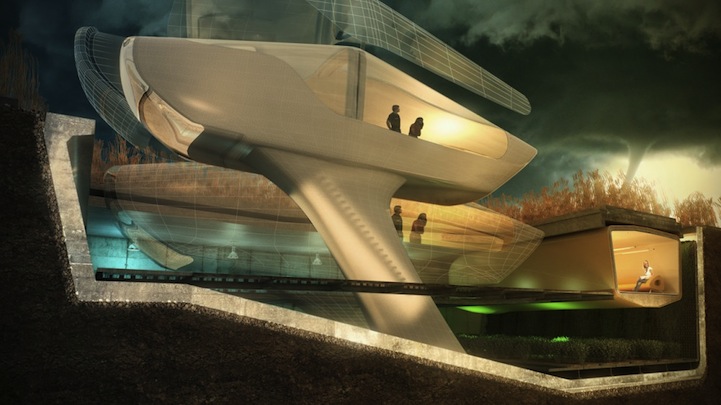 In a quest to invent new ways to provide safe options for shelter in climatically unsafe environments, Ted Givens of Hong Kong-based 10 Design developed this revolutionary tornado proof home. “Erupting Stability” assesses the forces of tornadoes and high velocity winds, and provides a protective shuttle that submerges underground when extreme weather conditions threaten the safety of the inhabitants.

A series of hydraulic levers control the movement of the home in and out of the ground. They also control the outer skin which can warp in response to external stimuli and deflect against destructive forces, like high speed winds. The design has its own survival instinct that is triggered by the winds of thunderstorms or tornadoes to which it responds by getting out of harms way.

An aggregation of these homes can build neighborhoods that will become interwoven and connected together through sensor networks that interpret weather data. Suburban communities can collapse in seconds in response to warning sirens that indicate extreme weather threats. 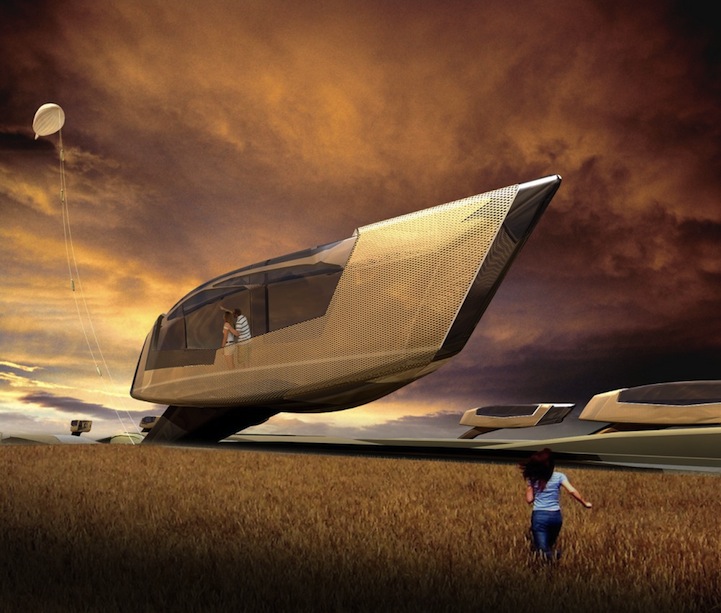 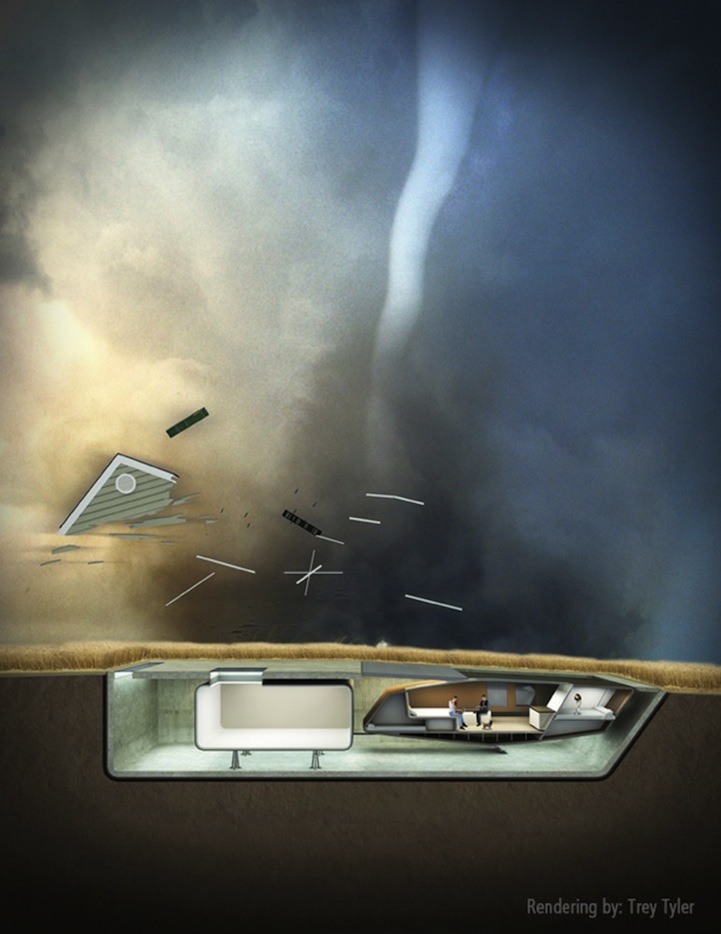