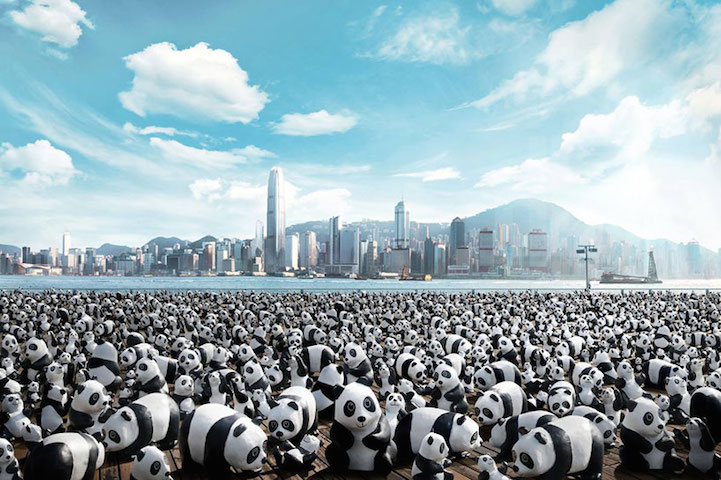 This pack of 1,600 papier-mch pandas might look adorable, but they come bearing a more serious message. In real life, the species is in rapid decline due to loss of their ecosystem by human development. French artist Paulo Grangeon worked with the World Wildlife Fund (WWF), PMQ, and creative studio AllRightsReserved to craft this bevy of pandas that alerts the public on the tragic truth of these animals.

Each sculpture is made from recycled paper and represents a single member of the species that's still alive today. It's a bit shocking to look at this gathering and realize that this is all of the pandas that are left in the wild. The hope is that this large and impressive public project will spread awareness of this environmental crisis.

The pandas are currently on tour in Hong Kong and have already traveled to cities like Paris, Rome, Berlin, and Taipei. They will stop at 10 landmarks, including the Hong Kong International Airport and the giant Tian Tan Buddha beginning this June. Grangeon will also create four special-edition paper pandas, which will go on display at PMQ in support of conservation and to promote the message of a coexistence between humans and nature. 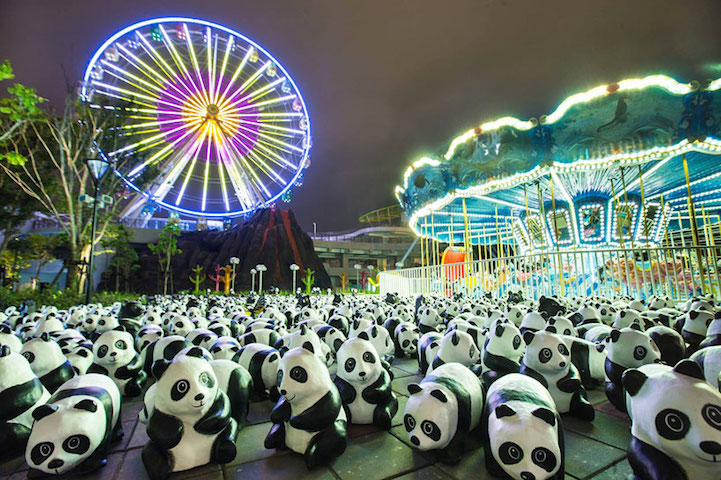 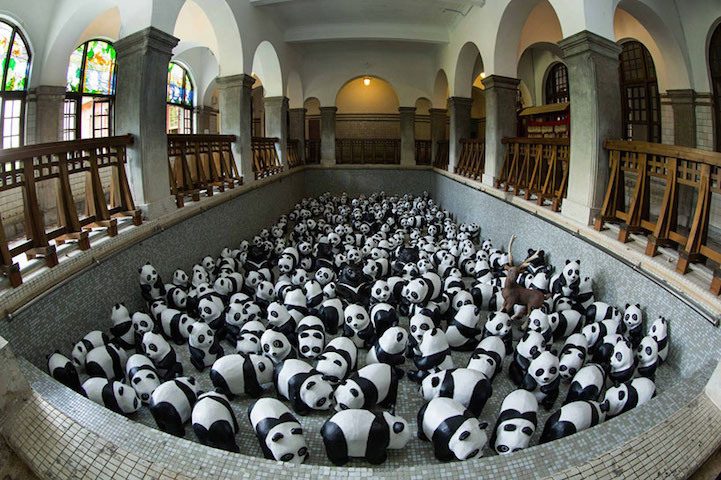 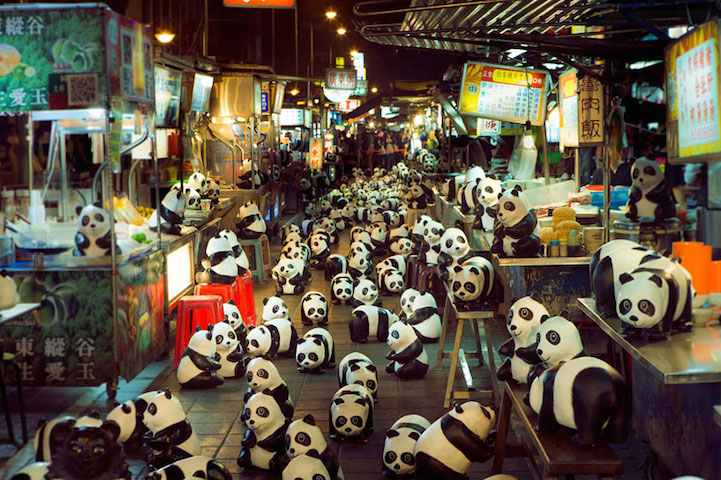 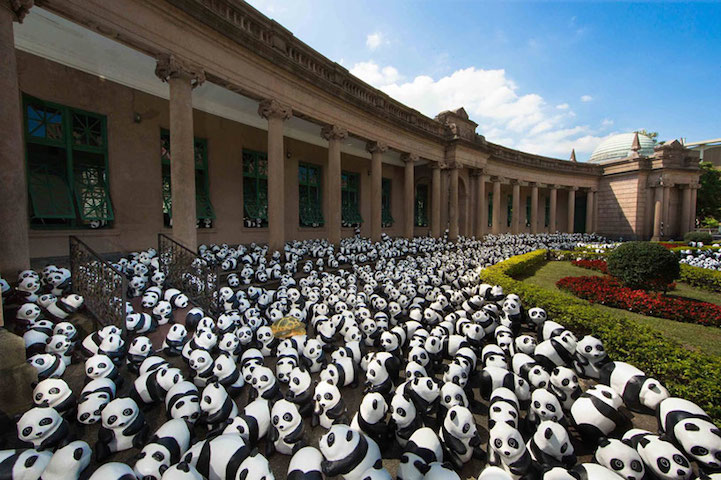 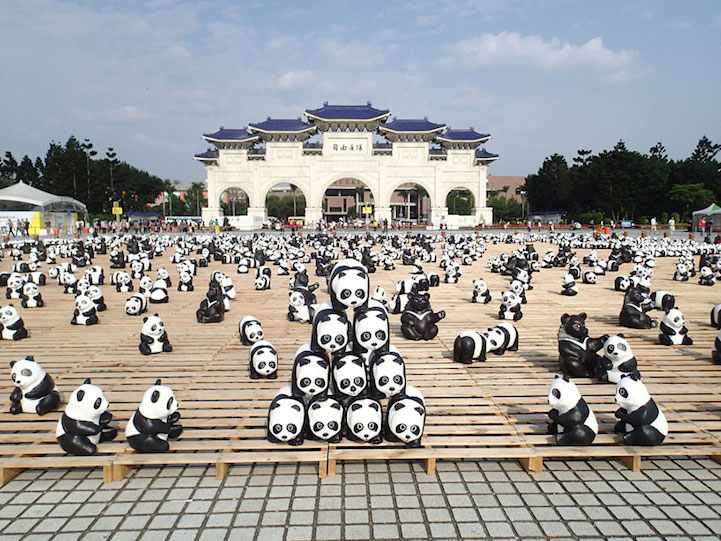 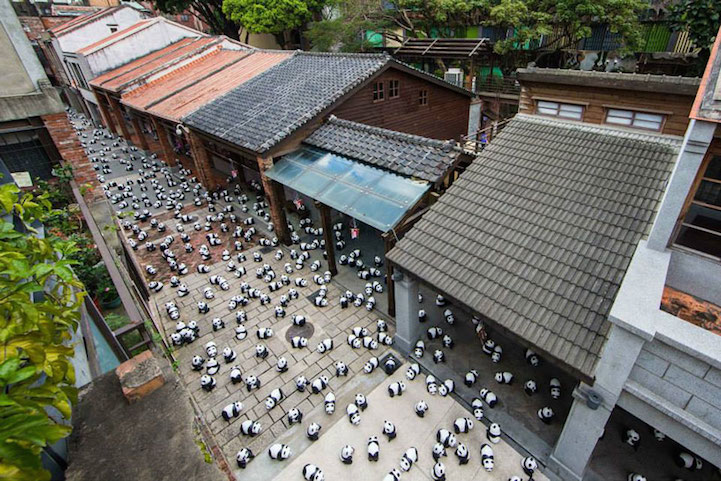 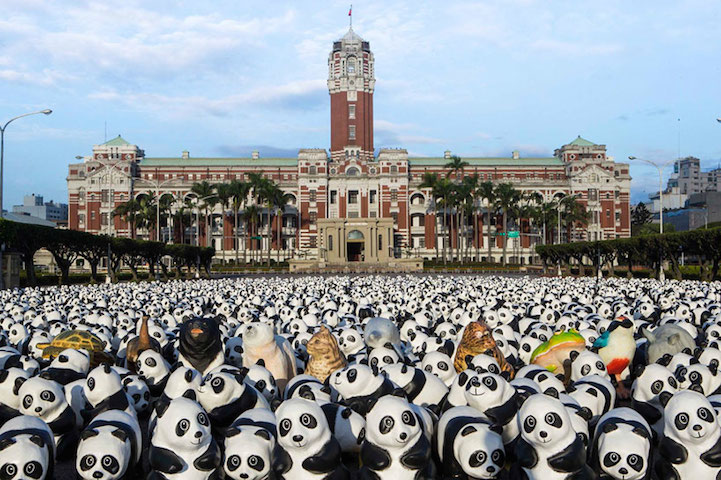 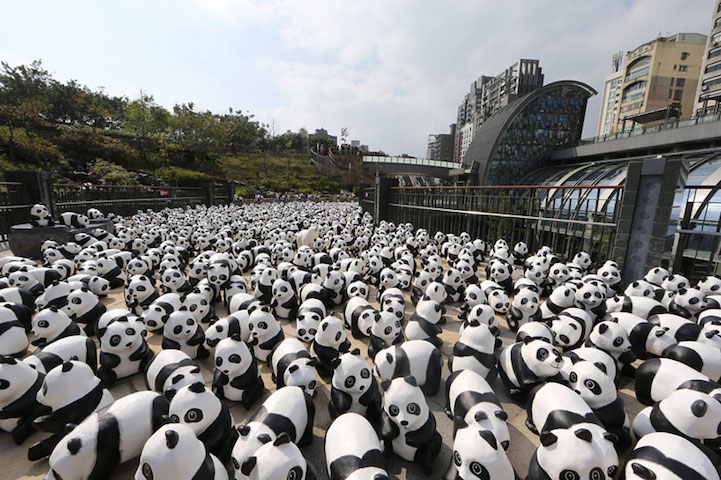 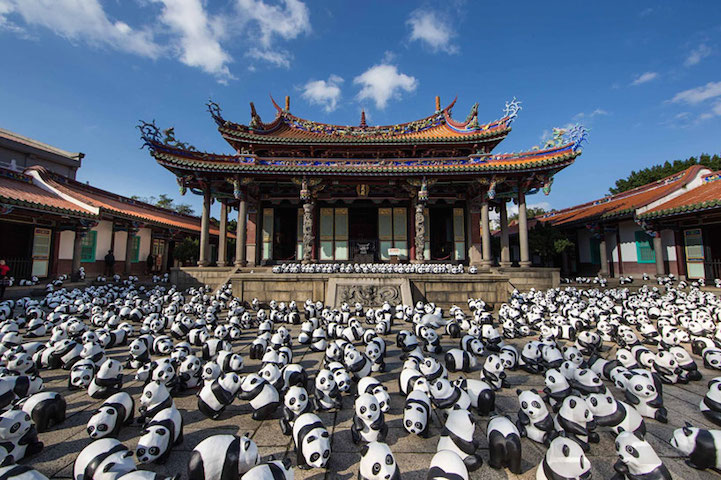 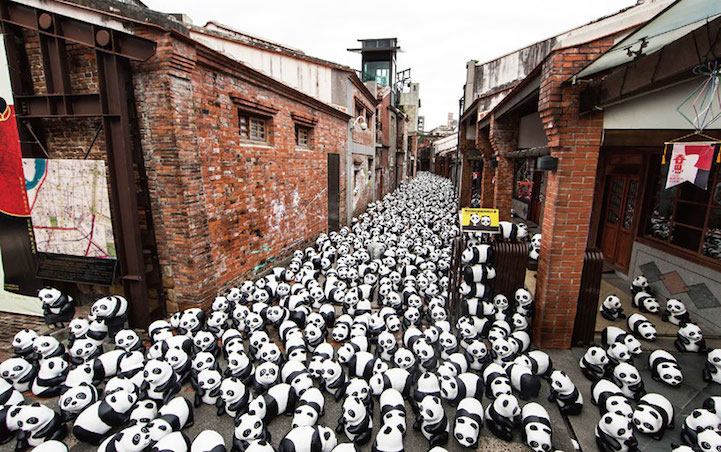