Awesome 3D Illusion of The Wall from Games of Thrones 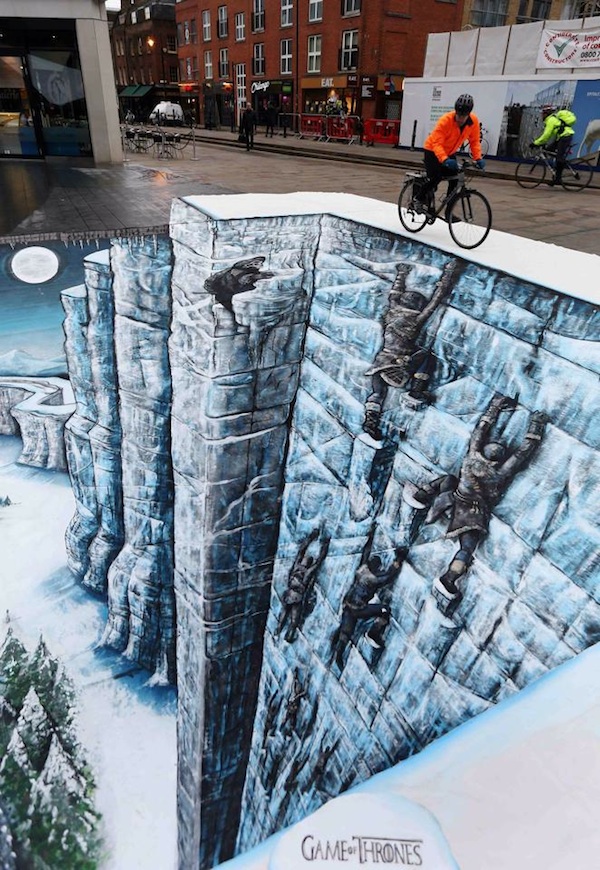 For fans of the hit HBO fantasy series Game of Thrones, an awesome new 3D street painting was recently created in London. The giant piece measured 33ft by 25ft and it depicted The Wall, the colossal fortification which stretches for 300 miles along and is 700 feet tall in the series, defending the realm from the ominous White Walkers. Protected by members of the Night's Watch, it has been the setting of some highly dramatic scenes.

Joe Hill, founder of 3D Joe and Max, was commissioned by HBO to create a large scale 3D work that would be just as impressive as the show itself. It was the first 3D artwork ever created that worked from more than one angle. Fans had just one day to interact with the work, or scale the wall acting like members of the Night's Watch.

The impressive painting, located in London's Bishop's Square, was made to mark the DVD and Blu-Ray release of the third series. In the UK, the fourth series premieres on April 7.

How fun would it be to pretend that you're scaling The Wall? 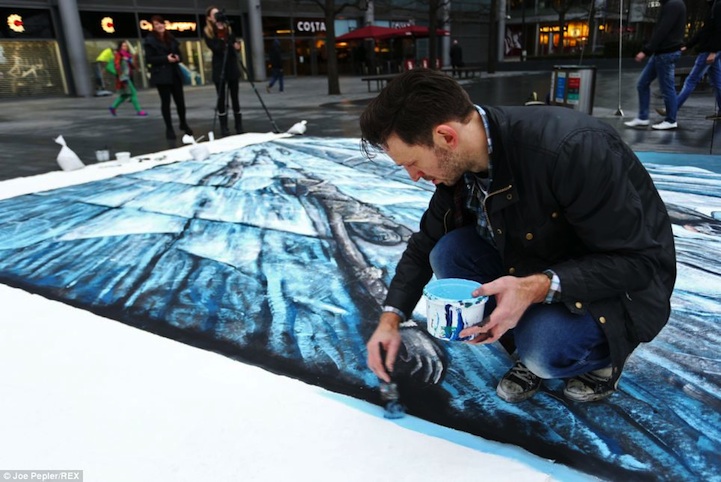 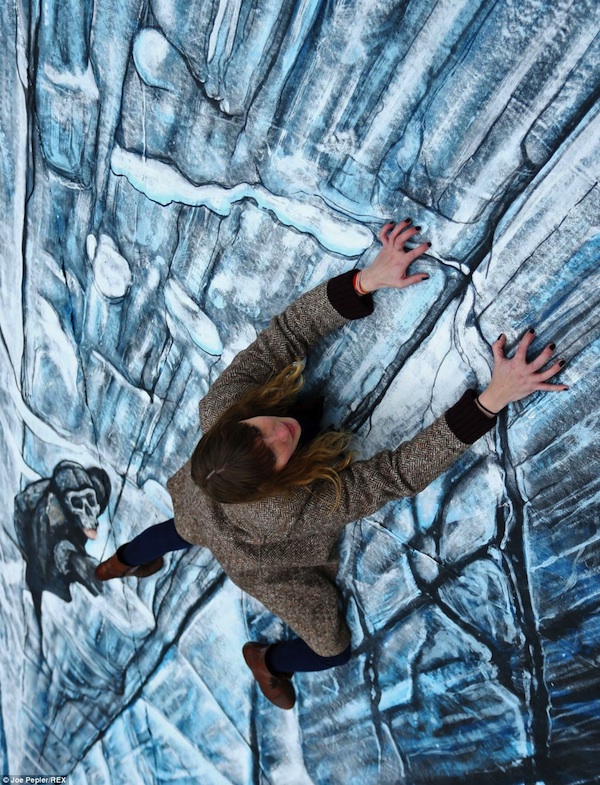 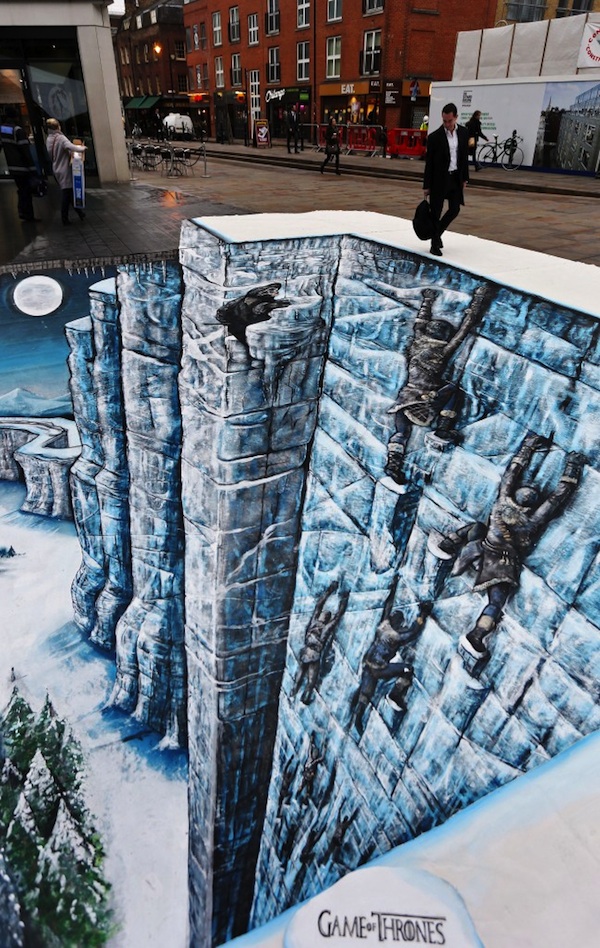 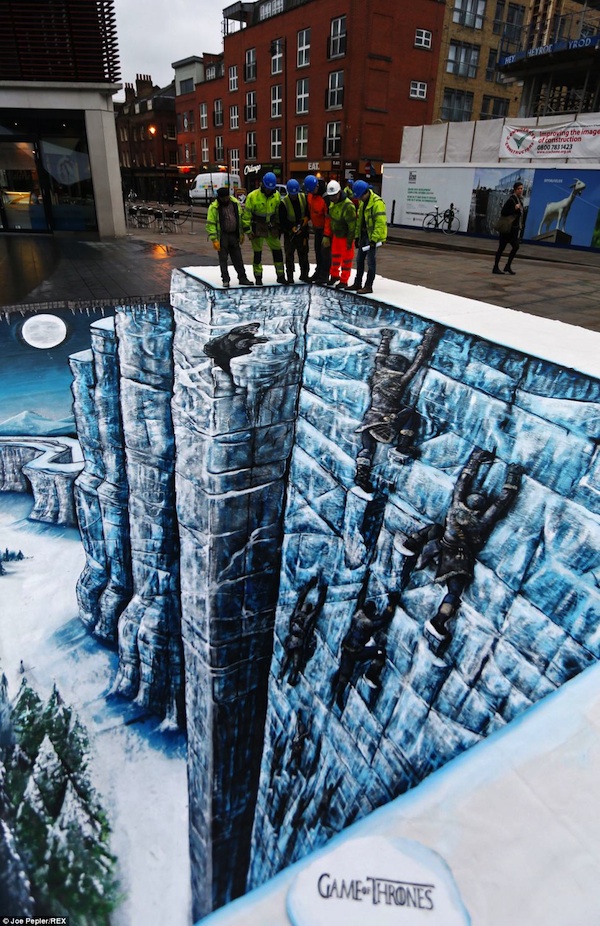