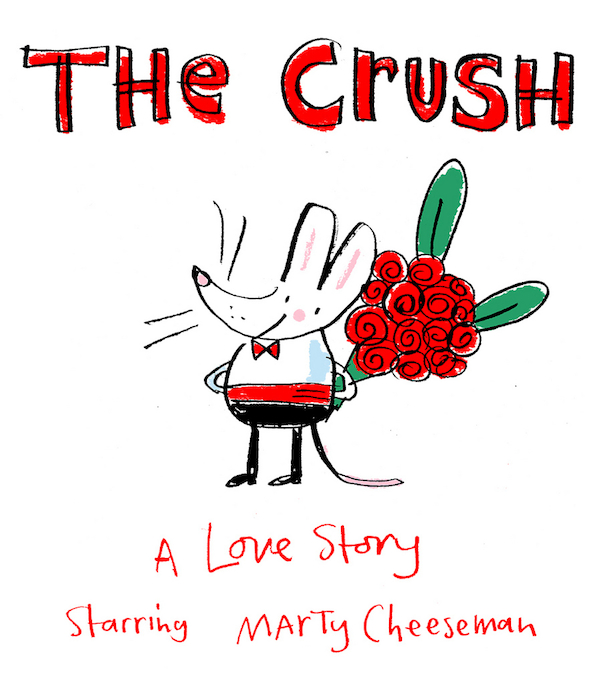 If you've been looking for a story that will not only inspire you but will also make you laugh out loud, then let us introduce you to UK-based illustrator Fred Blunt. His whimsical illustrations have that retro Hanna-Barbera feel to them that will remind you of your favorite childhood cartoons like The Flinstones, The Jetsons or Tom and Jerry. This is, of course, on purpose. “50's animation is certainly a big influence,” he says. “I guess a lot of the appeal is it was the first art form which captured my imagination. As a child I was obsessed with the styling on the Chuck Jones Warner Bros. shorts, the background art as well as the characters. Also The Hanna-Barbera stuff designed by the genius Ed Benedict. I honestly feel that his characters have never been bettered.”

One of his stories that drew me in and made me want to find out more about Blunt is simply called The Crush. Like many of his stories, The Crush sprung from a simple, singular idea, in this case a Valentine's Day card. “To be honest most of my stories come from one doodle of a situation and then I build the story around it,” he explains. “The card design was going to be an elephant high in a tree with an admiring mouse at the bottom, with lots of love hearts etc. The card was rejected, but a little story came of it instead! A lot of my stories seem to have a struggling underdog theme and often end in humorous tragedy. No idea why!? I'm hoping that someone will be brave enough to publish it one day.”

I asked Blunt the 2010 question we asked all our creatives. What advice would you give to others? “Biggest tip would be to stay true to what you enjoy doing, work really hard and don't give up,” he says. “I worked in bars for nearly 10 years while I struggled to get my illustration work off the ground. Was worth it though.”

Finally, how does he stay creative? “I think the most important way for me to stay creative, is to work on my personal projects alongside the commissions,” he shares. “It's often my own work which keeps me excited and keeps my work evolving, which in turn improves the commissioned stuff.”