Sculptor “Unzips” a Building in Milan for Mind-Bending Art Installation 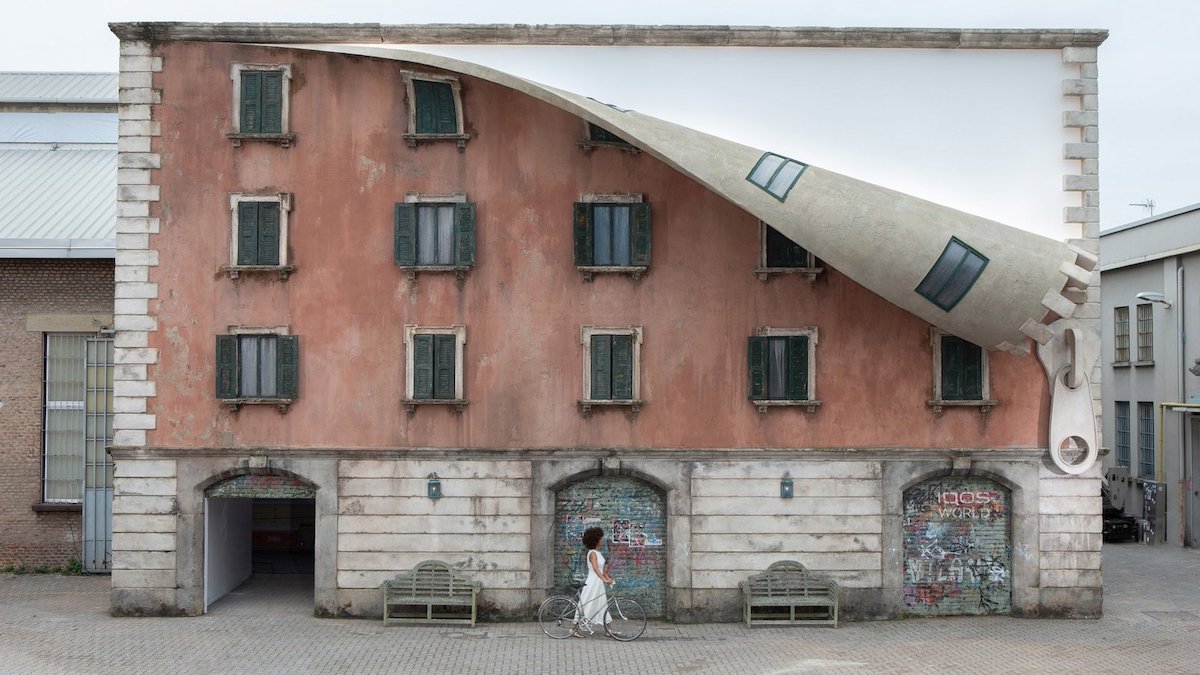 British sculptor Alex Chinneck has brought his mind-bending illusions to Italy with an incredible installation in Milan. Concurrently with Milan Design Week, Chinneck has literally unzipped the facade of a building in the city in what he calls the most ambitious work he's ever made. In addition to the incredible exterior, the building's interior is also filled with several installations that carry through the zipper theme, making for a cohesive and immersive experience.

In collaboration with Philip Morris' IQOS brand, Chinneck worked to playfully transform the building's architecture. Using the chunky masonry that is typical of Italian architecture, Chinneck created the zipper and “peeled” back a layer of the building to reveal a glowing light that alternates between white and blue.

“I like to give fluidity to typically inflexible things, transcending their material nature,” Chinneck told My Modern Met in 2018. This statement clearly still holds true, as his studio (working with engineers and illustrators) was once again able to manipulate our expectations. While he hasn't revealed precisely how he was able to peel back the 56-foot (17-meter) wide facade, in the past a composite of cement and flexible materials have helped him create his illusions.

For his first installation in Italy, Chinneck did not limit himself to one sculpture. Stepping inside, visitors are greeted by several other zippers—one on a wall and the other on the floor. “Through the repeated use of the zipper, we have opened up the fabric of a seemingly historic Milanese building to playfully reimagine what lies behind its facade, floors, and walls,” says Chinneck.

In a testament to his dedication, Chinneck actually excavated and repoured the entire cement floor in order to achieve the circular zipper he was after. To round out the collection of work, a white light emanates from behind a zipper sliding down one of the building's walls.

“Ethereal light pours through each opening, filling the space with color and filling the work with a sense of positivity and potential,” Chinneck explains. “By taking familiar materials and architectural forms and making them behave in extraordinary ways, we are working with IQOS to change visitors' perceptions of what is possible.”

Chinneck's installation is visible at via Tortona 31 in Milan until April 14, 2019.

Alex Chinneck has unzipped the facade of a building in Milan for his first art installation in Italy. 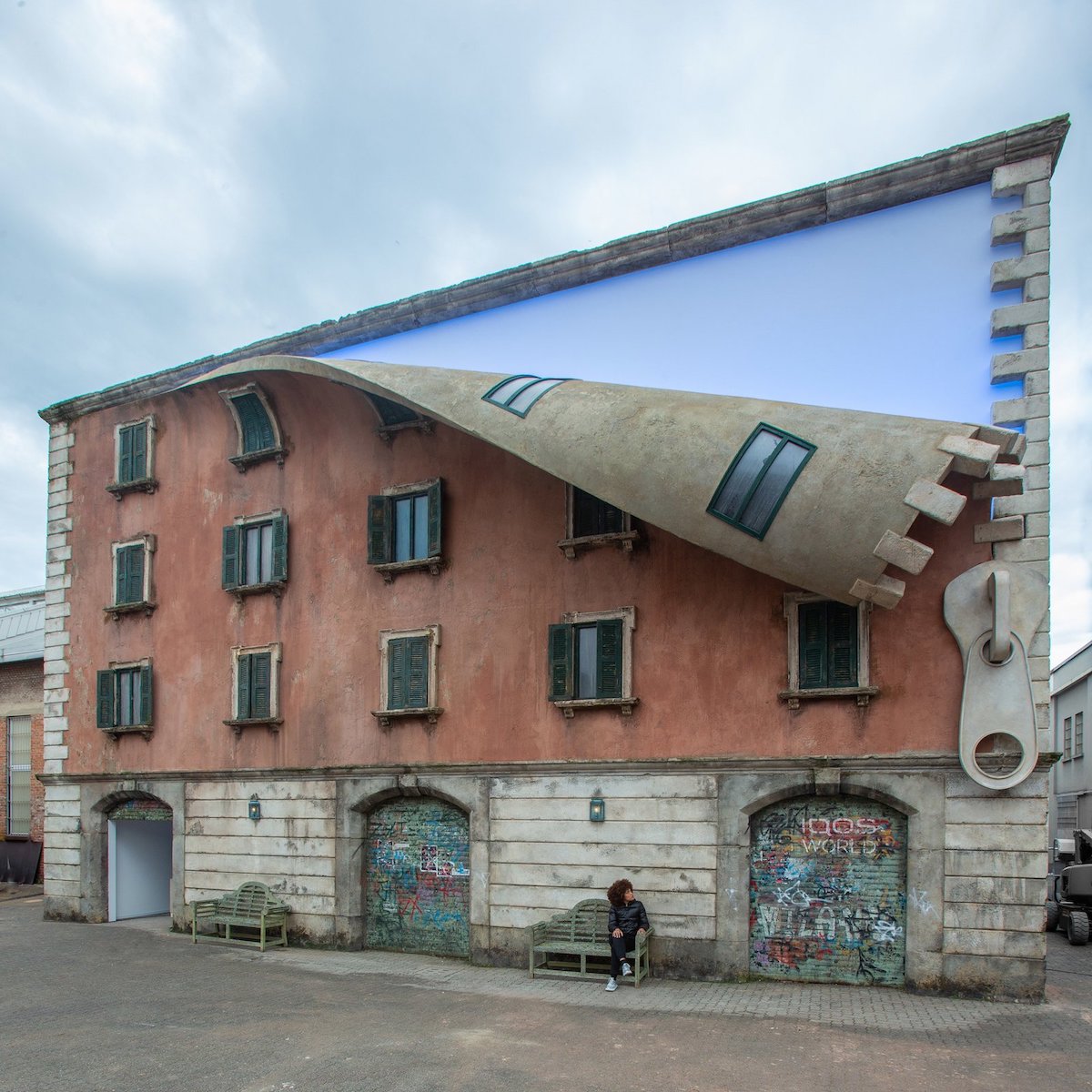 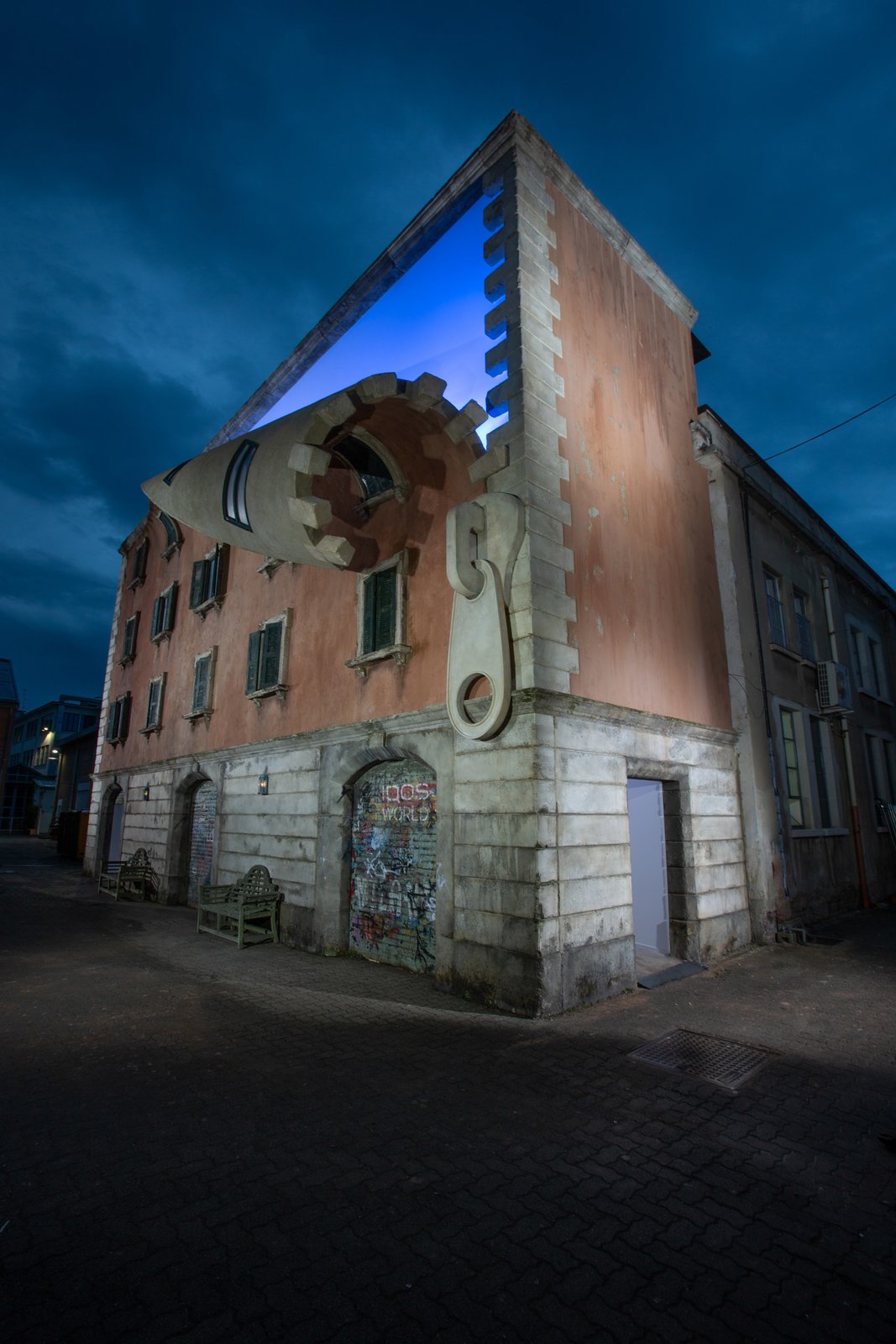 The work carries through to the interior, where additional sculptures continue to play with the concept of zippers. 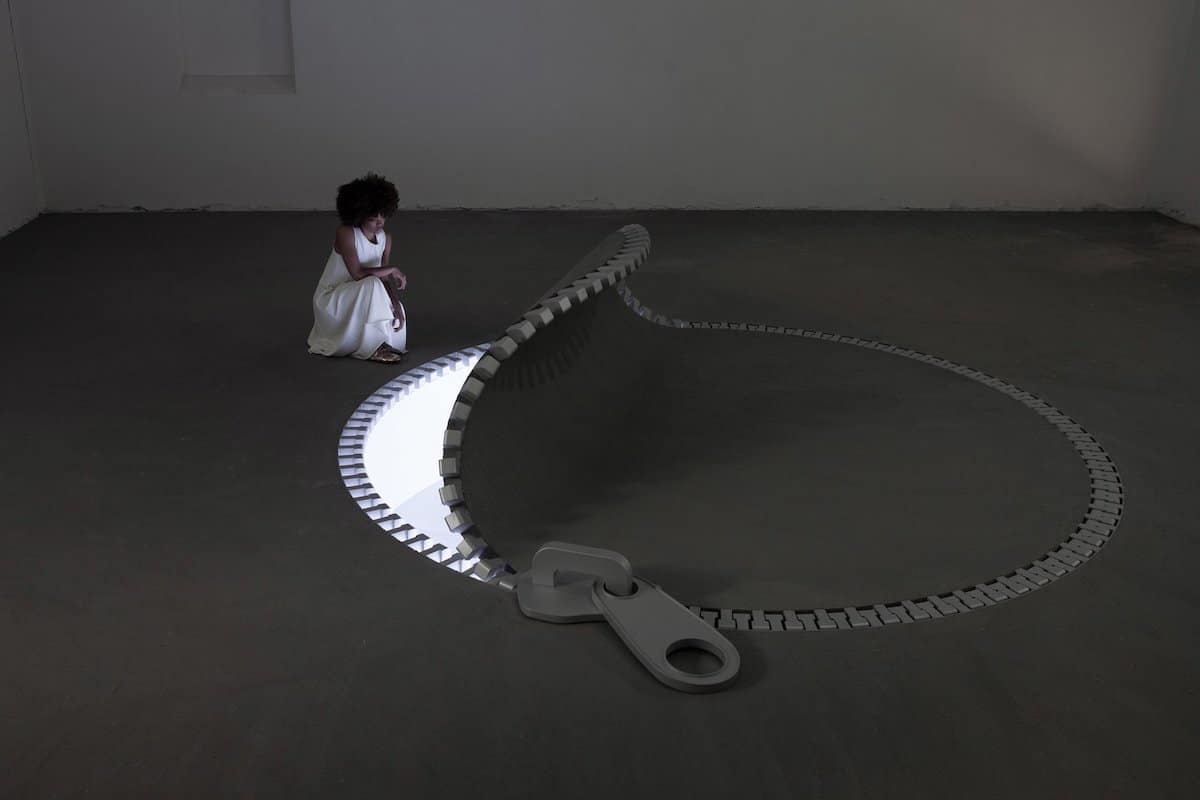 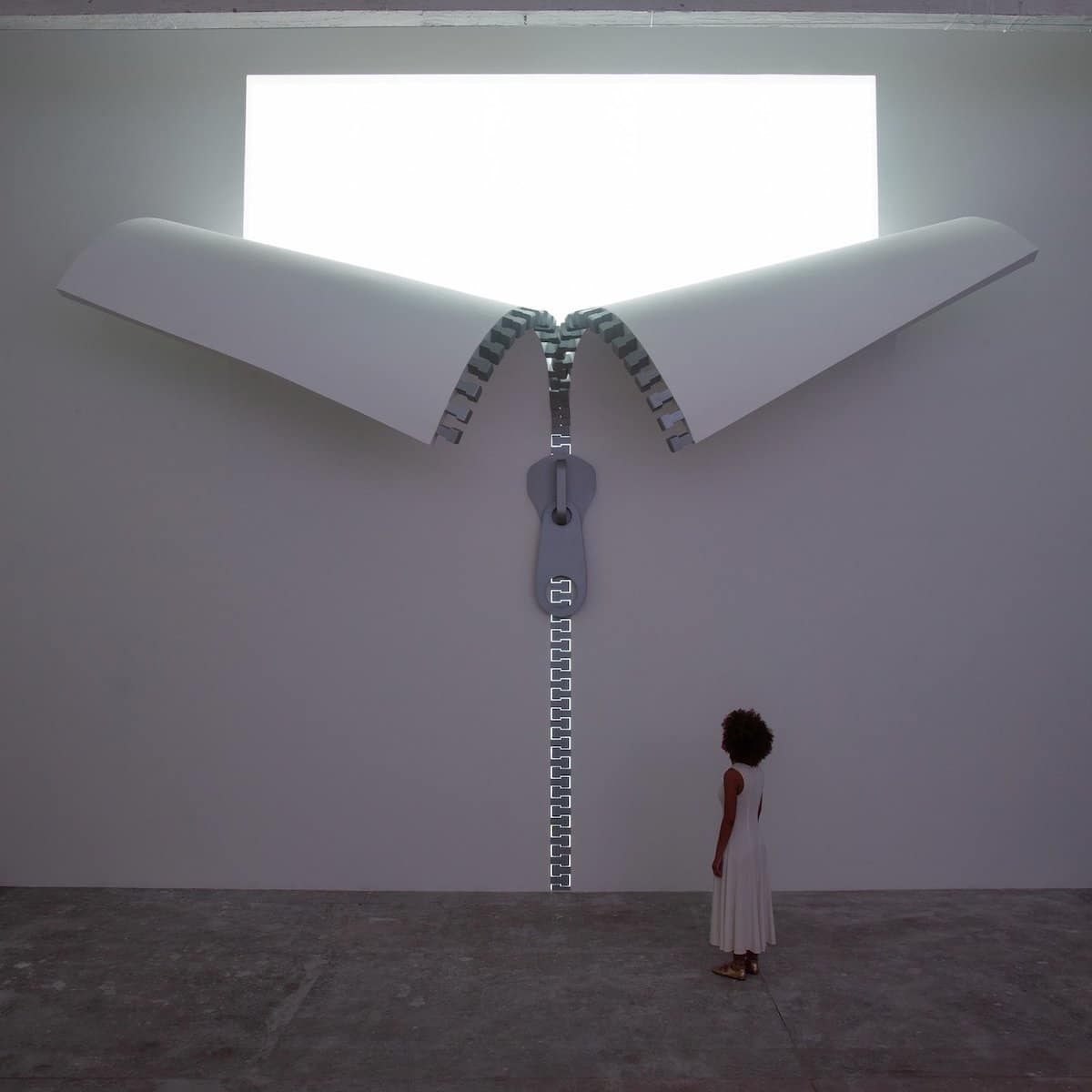 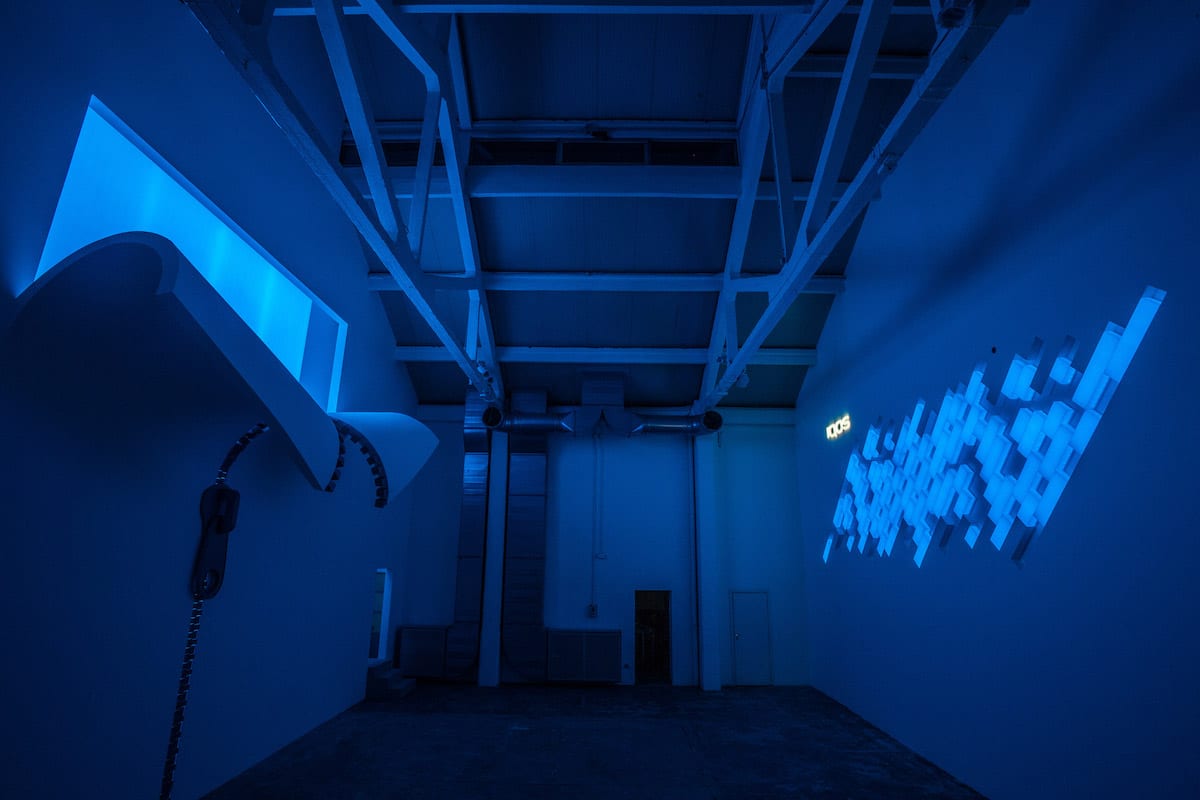 All images via Marc Wilmot.

Artist Creates Mind-Blowing Illusion of a Levitating Building in London

Is your mind blown? Share
Like My Modern Met on Facebook
Get Our Weekly Newsletter
Become a
My Modern Met Member
As a member, you'll join us in our effort to support the arts.
Become a Member
Explore member benefits