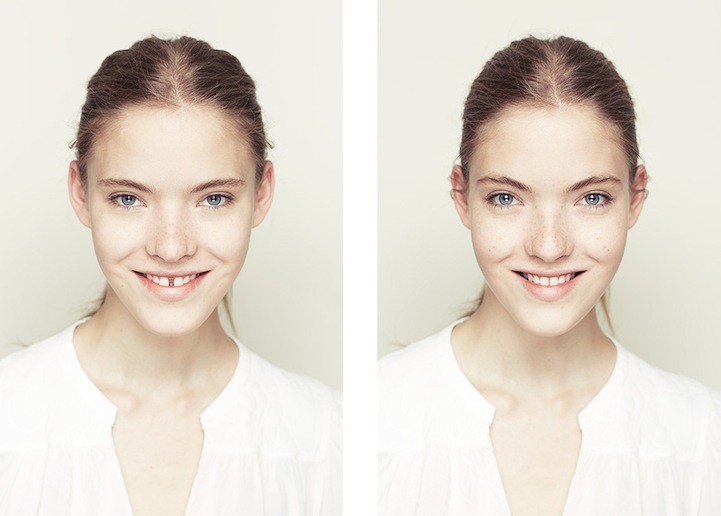 Both Sides Of is a series by photographer Alex John Beck that explores the definition of physical beauty. Each image in the British-born, New York-based photographer's collection is a composite offering two sets of symmetrical faces. One image takes the left half of the subject's face and mirrors it into the beauty shot of a seemingly whole face, while the adjacent portrait offers a similarly symmetrical rendition of the right side of the face.

Beautiful faces, both in fashion and real life, are often described as symmetrical. As such, Beck decided to reproduce the faces of several people, as though each half of their face was a mirrored replica of the other. Neither of the portraits in each pair of images offers a realistic portrayal of the subject, but rather a greatly manipulated version. It reveals how unsymmetrical faces really are and how different one would look, were they to be completely equal on both sides. The series also forces one to think about the definition of beauty. 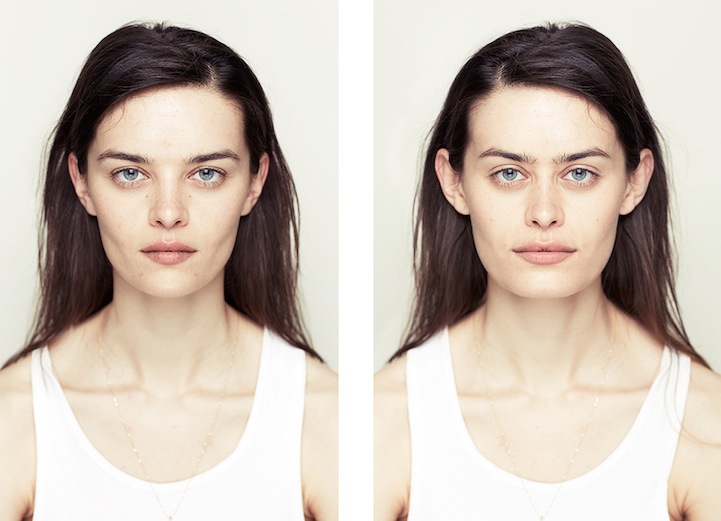 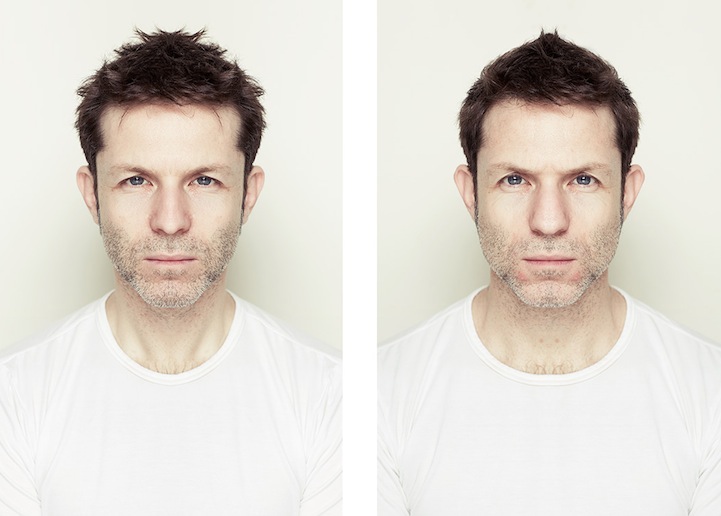 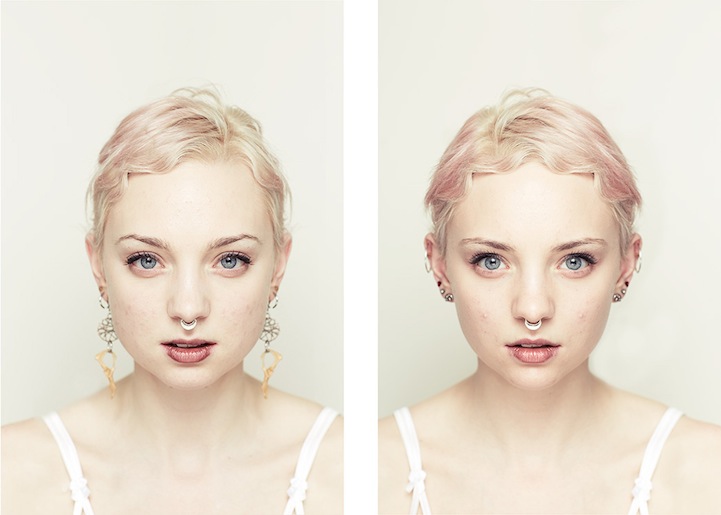 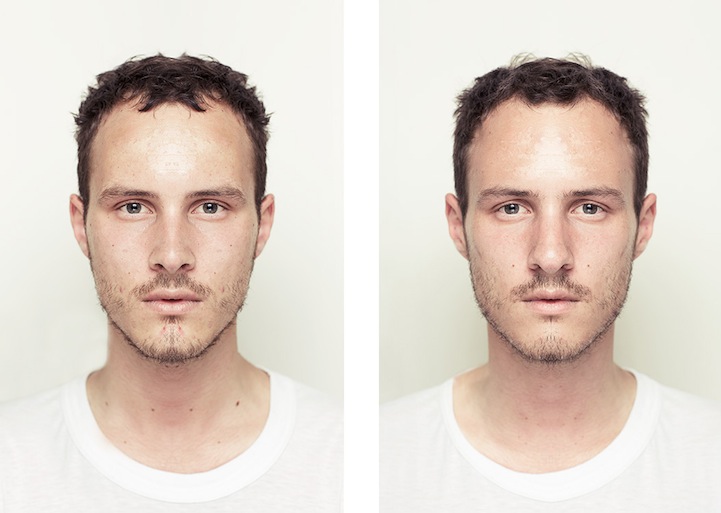 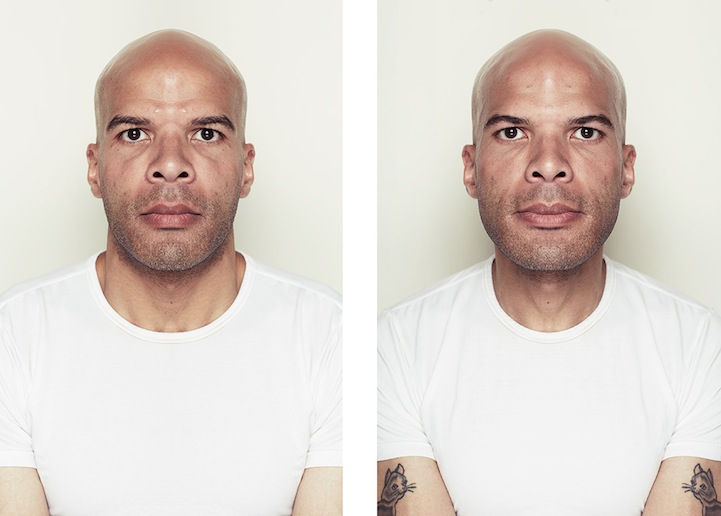 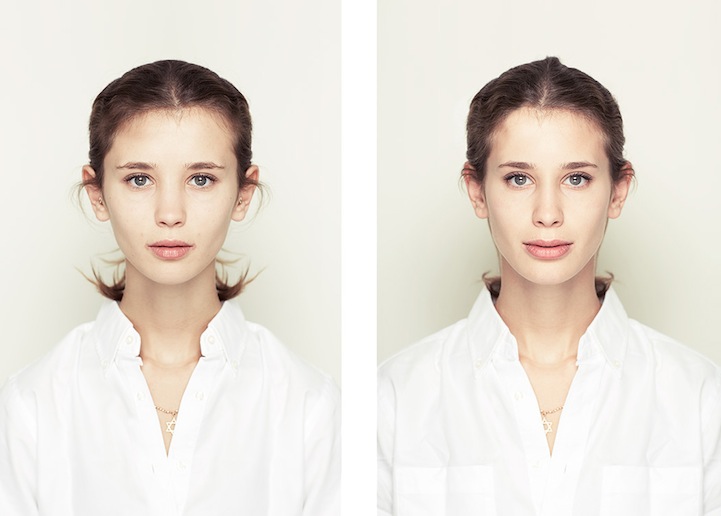 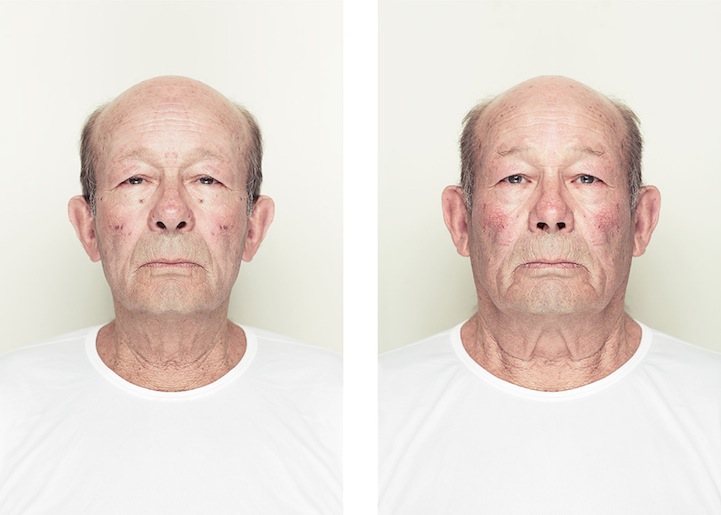 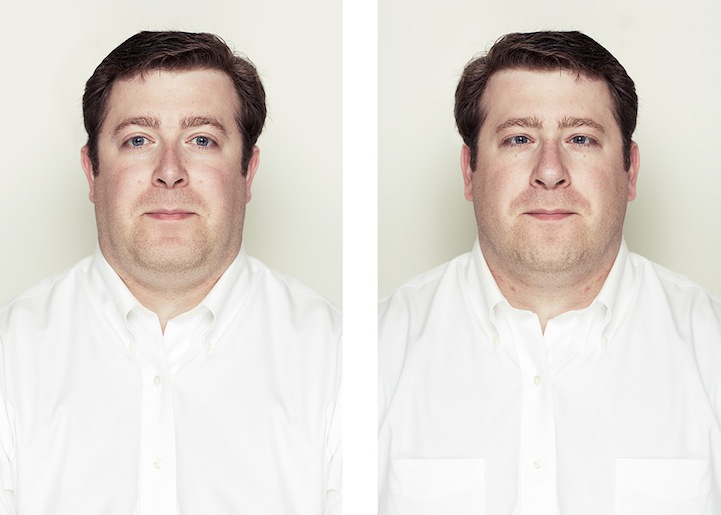 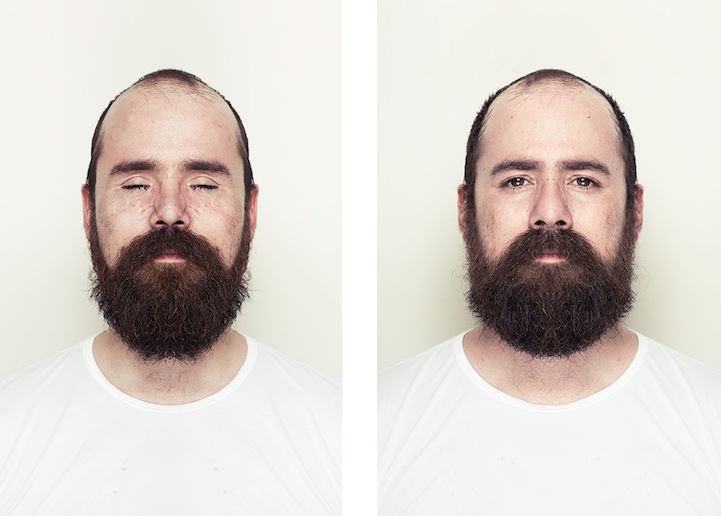 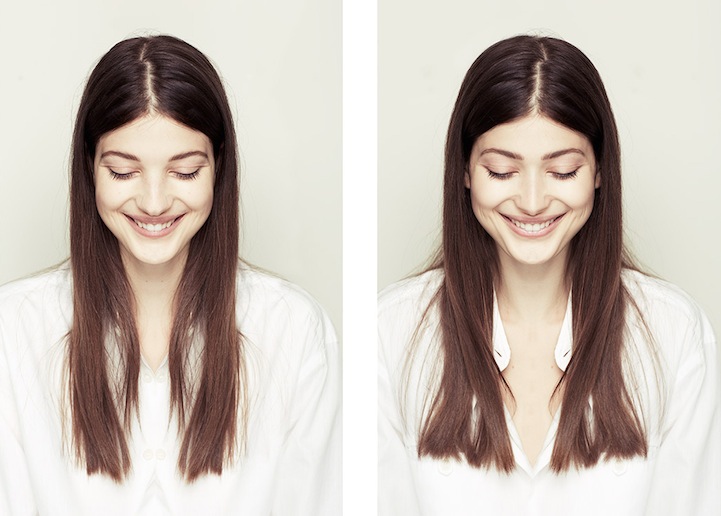