Funny Drawing Series of a Character Battling His Maker 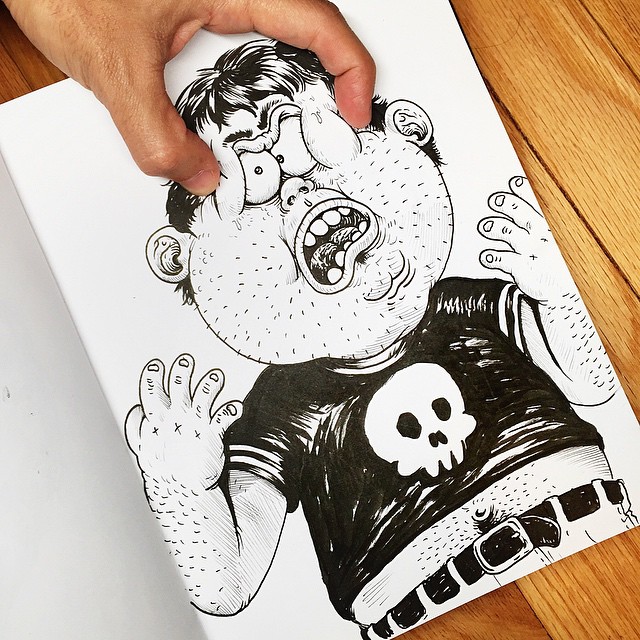 Imagine getting your head punched or getting smooshed to the corner of a page. That's what this character is going through, thanks to artist Alex Solis. For this new series, Alex shows a character going one-on-one with the artist. Watch as the boy fights back as he clamps his teeth down onto the artist's thumb or uses his knife to take a stab at him. Alex pulls out all the stop, even using a lighter to fight the character! As he states, “Trying to finally get rid of this guy, but he was able to stop the fire – guess it's not over yet!”

Called Inkeraction, it didn't start out as a series. So many people liked the works that he kept the character around. “Since I kept messing with him, it only felt right that he would eventually fight back,” explains Alex. “I have a good plan for the ending of it but since people keep liking it I think I will extend it a bit and not end it for a while.”

When asked what he wants people to take away from the series, he says, “I want people to, in a way, know that art is a bit more then just lines on a paper. Even though it's not real, I want people to have that feeling that this actually is happening. I also just want people to like it and share it with their friends. I love the idea of being able to not only connect and interact with my work, but with whoever is following the series, making them feel like they're a part of it.” 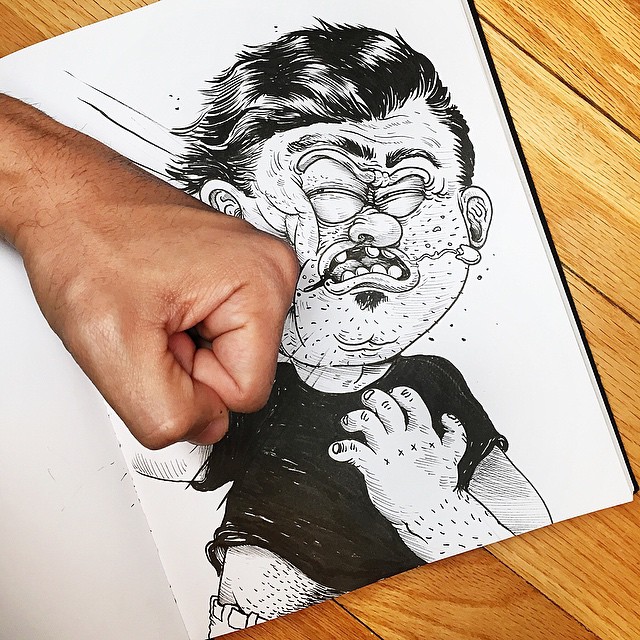 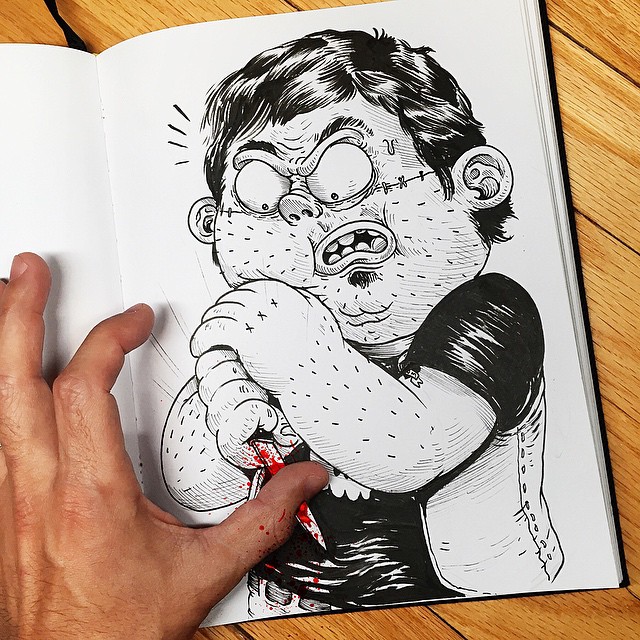 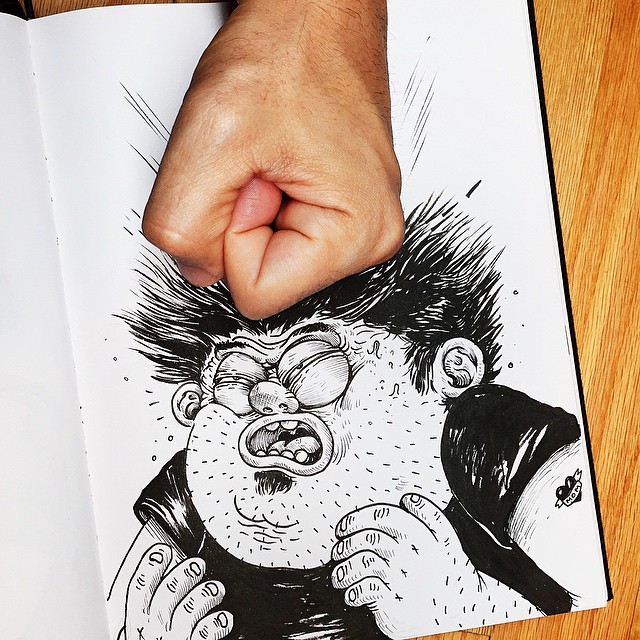 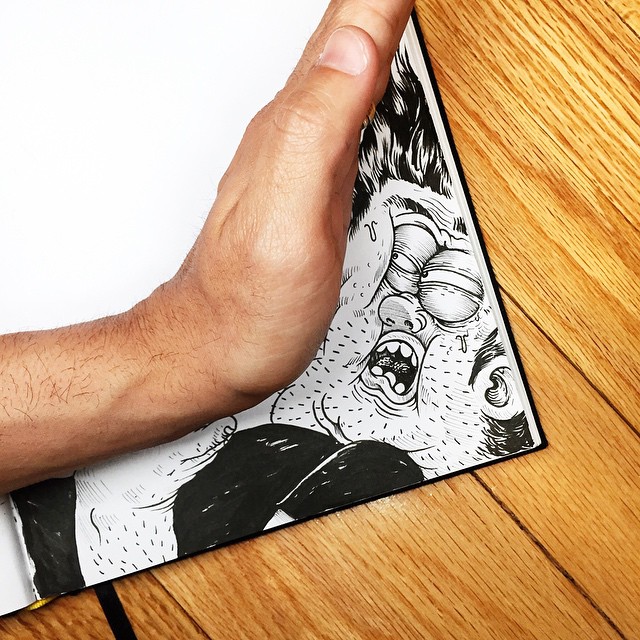 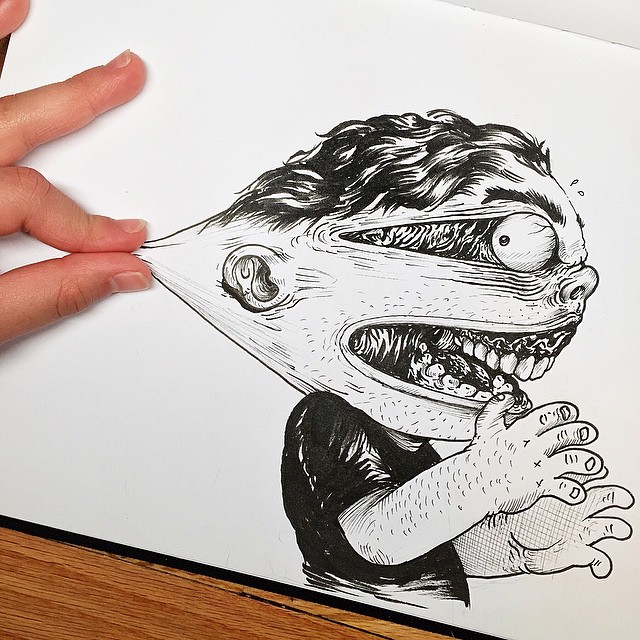 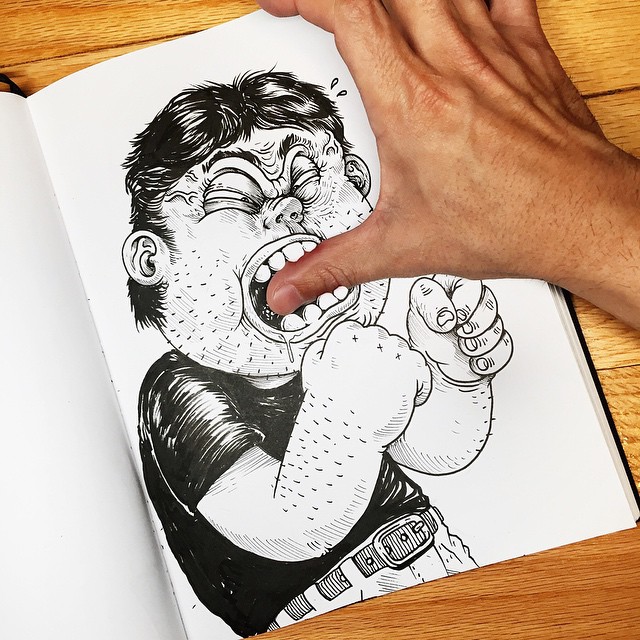 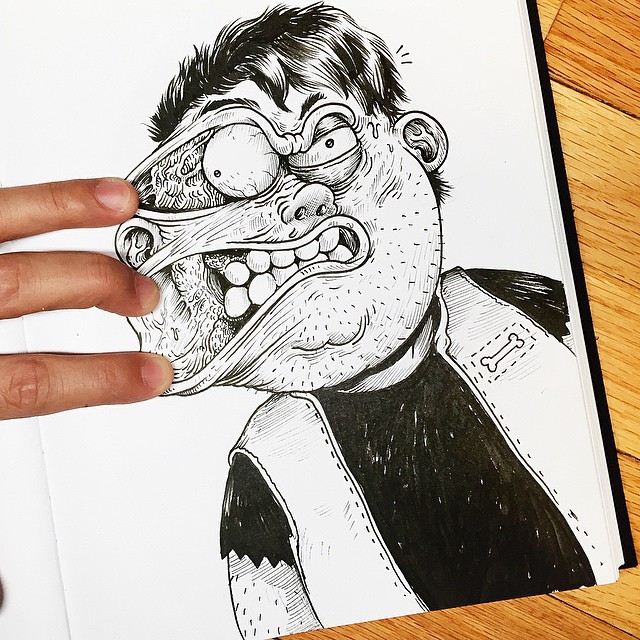 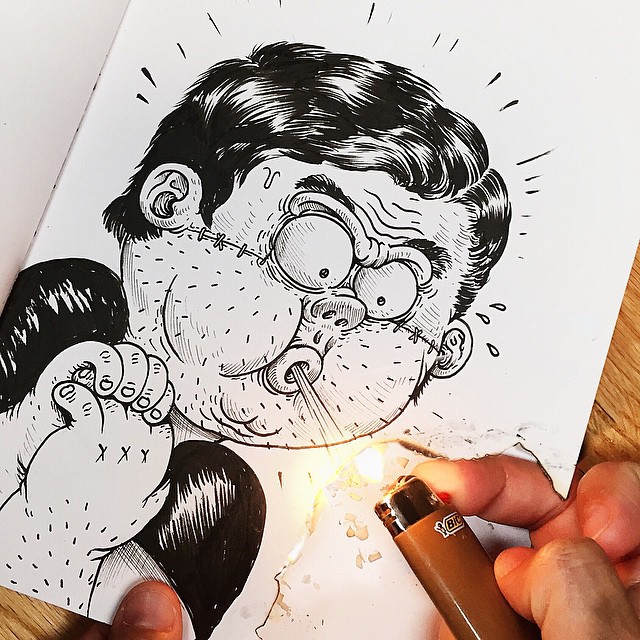