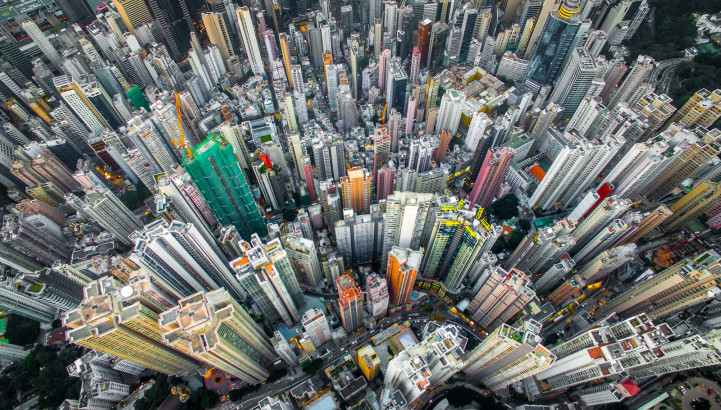 Photographer Andy Yeung has called Hong Kong home since birth, but it took a trip away to spark the idea for Urban Jungle, his captivating series that captures aerial views of the city's jam-packed skyline. As he descended on the metropolis on a returning flight, he was struck by the staggering panorama of high-rises crammed up against one another. The bird's-eye perspective seemed to illustrate how it feels to live in one of the world's most densely populated environments.

Hong Kong is, in fact, about as crowded as a city can get, with about 68,400 residents per square mile. (For comparison, consider that New York clocks in at a mere 4,500.) Necessarily, that means it's stuffed with skyscrapers–it has more buildings taller than 500 feet than any other metropolis on earth, many of which Yeung photographed using a drone over the span of two months.

Yeung considers himself a “landscape, architecture and travel” photographer, and the series seems to touch on each of these three separate passions. The dizzying images provide a distant and yet intimate survey of the international hot-spot, encapsulating its electric energy for foreign eyes. The buildings appear as a sort of man-made landscape, rising up from the ground like gem-toned geodes–and yet, the scale renders humans far too tiny to be seen, as if lost inside a wild labyrinth they've constructed themselves.

Urban Jungle offers a somber metaphor for a mega-city bursting at its seams. Yeung explains to 500px, “I hope this series can get people to think about the high-density living in one of the world's richest cities…The message I'm trying to send is that HK is a great city, but lurking beneath the prosperity is a severe housing problem that depresses every dweller in this city living in horrid conditions.” 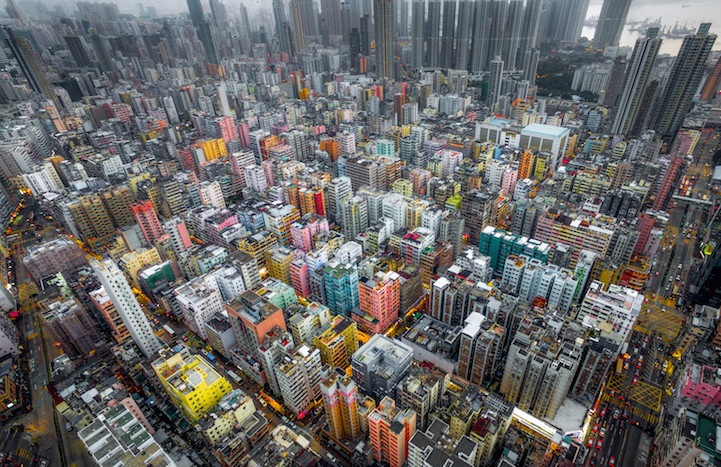 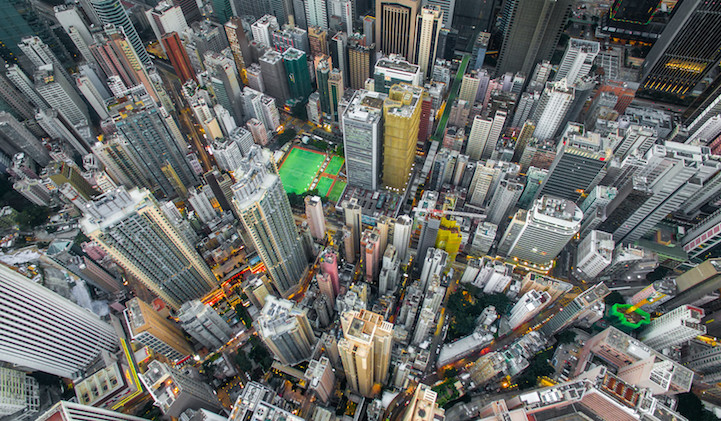 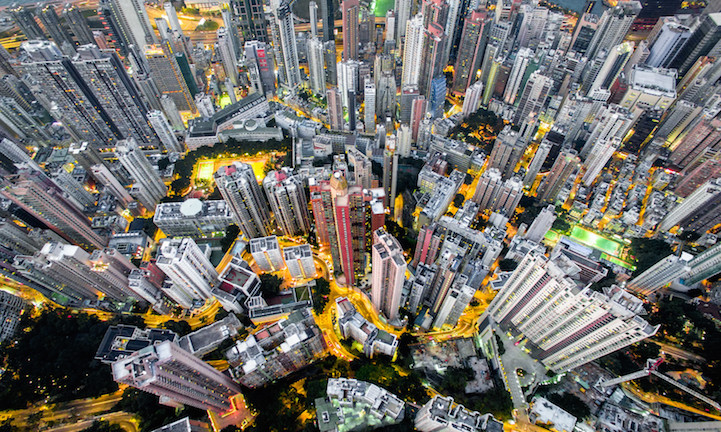 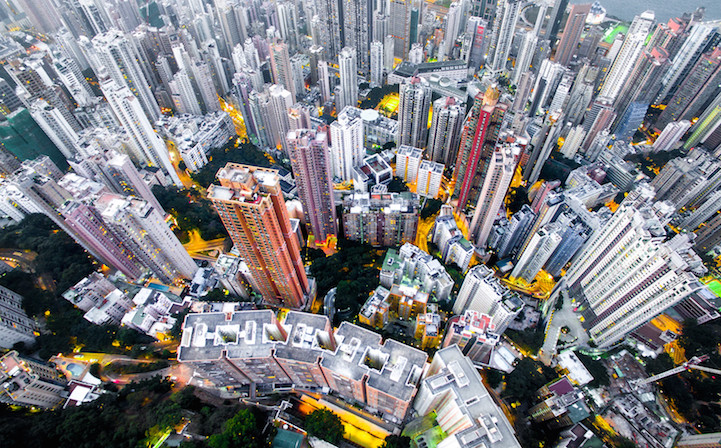 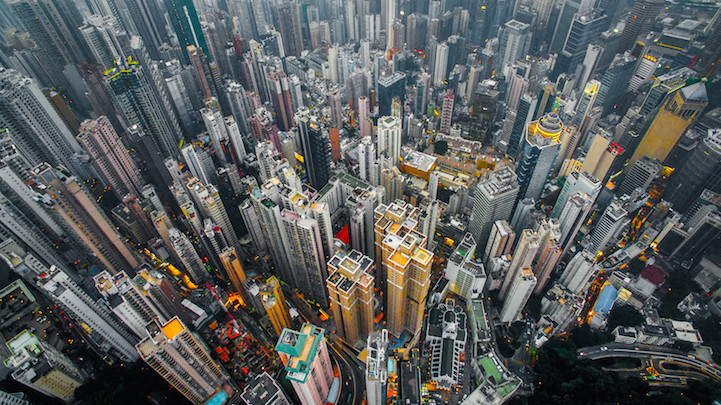 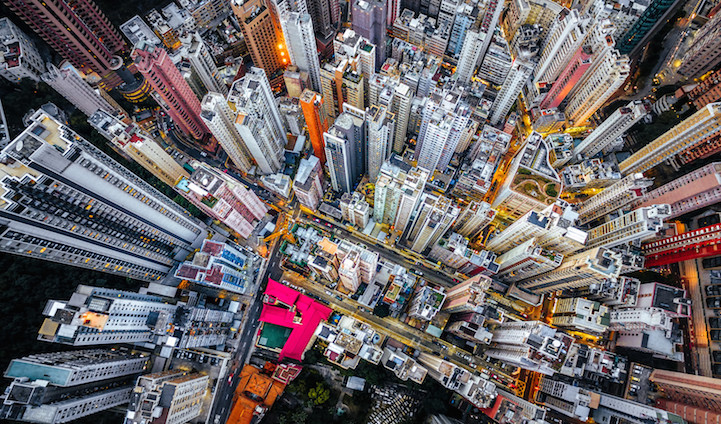 My Modern Met granted permission to use photos by Andy Yeung.