12 Funny Photos of Animals On Top of Miscellaneous Things 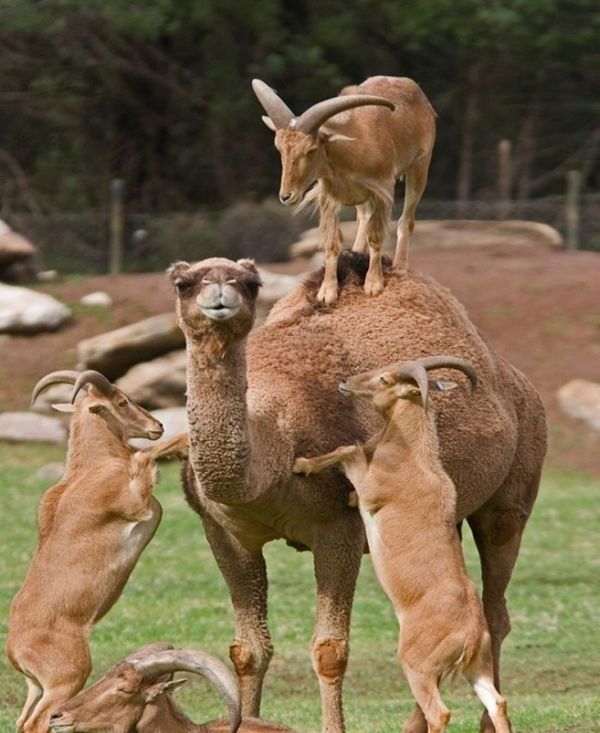 While the same species tend to stick together, the animal kingdom is a funny place, and occasionally you see different creatures interacting with each other in unexpected ways. The adorable friendships between cats and dogs and even lions, tigers, and bears have been documented, but it's not often that you see strange sights like a weasel catching a ride on a weasel, or a dog surfing the waves on the back of a dolphin. Scroll on to see amusing instances of animals on top of each other and other miscellaneous objects.

Above: A goat on a camel 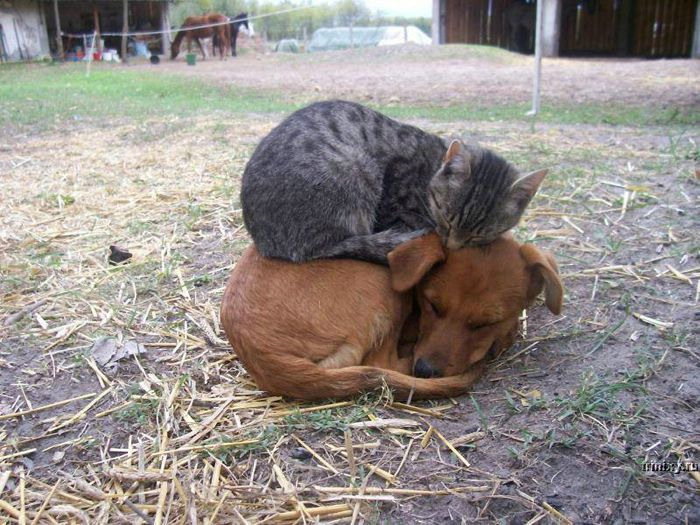 A cat on a dog

A kitten on a tortoise 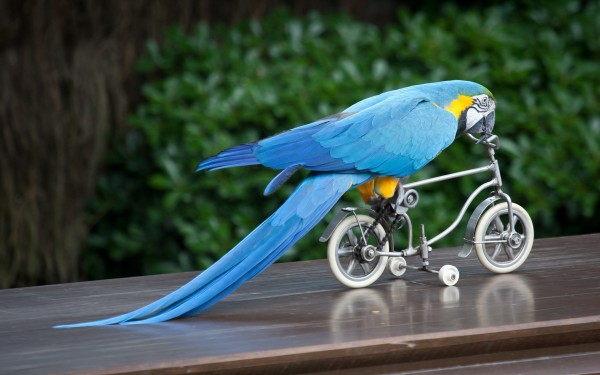 A parrot on a bicycle 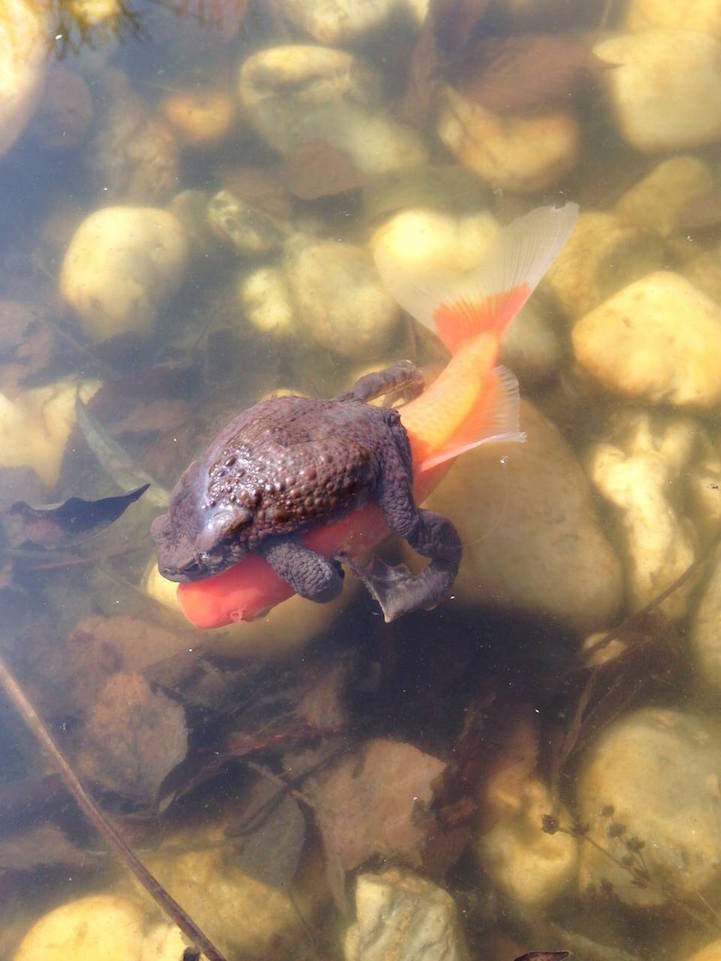 A toad on a fish

A dog on a tortoise 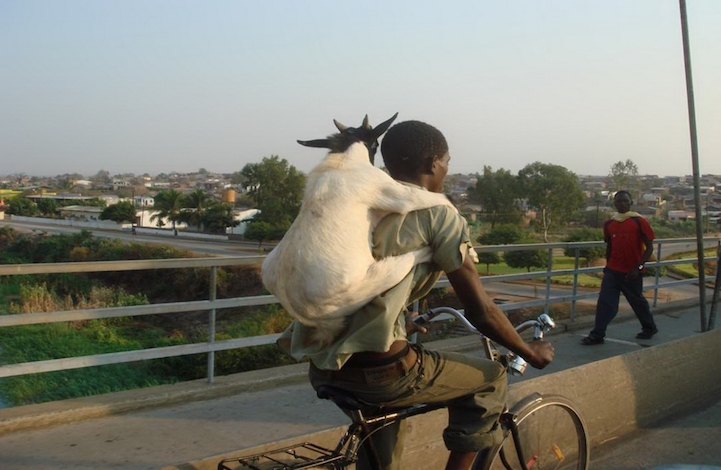 A goat on a human 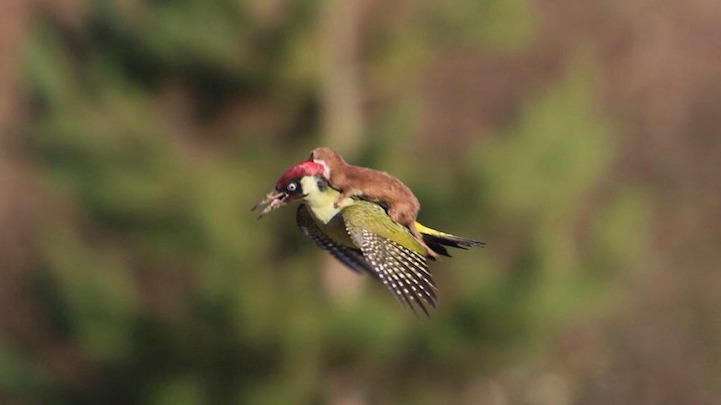 A weasel on a woodpecker

A turtle on a skateboard 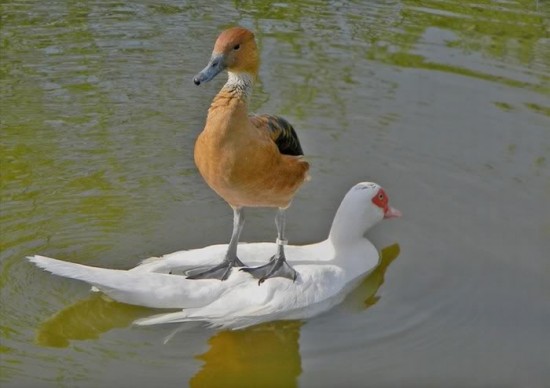 A duck on another duck

A dog on a dolphin 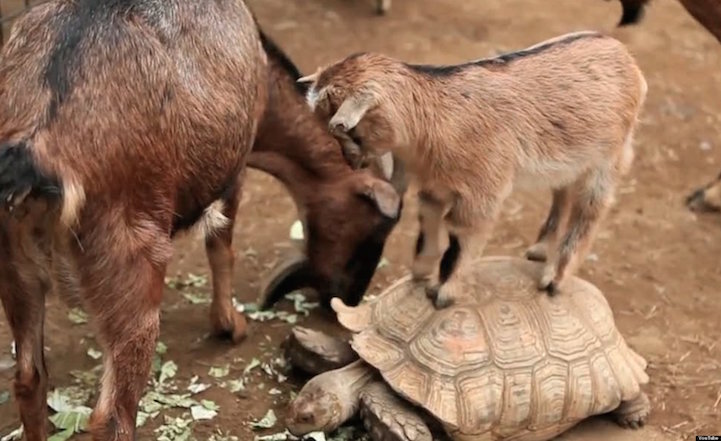 A goat on a tortoise