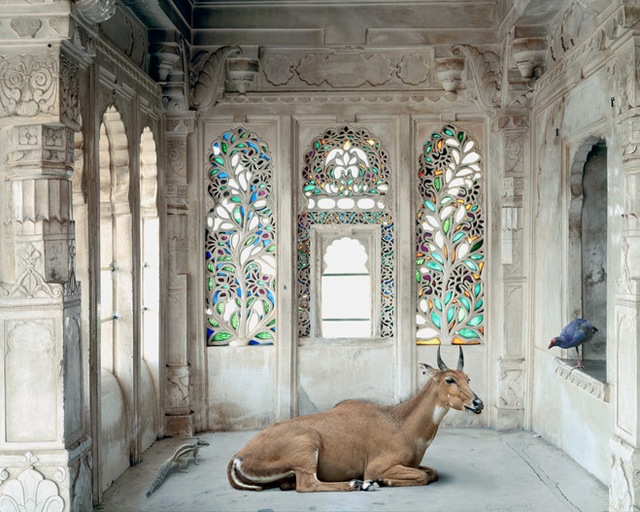 Photographer Karen Knorr asks you to see India in a whole new light. After a life-changing journey Rajashthan, India back in 2008, Knorr decided she would explore its rich culture heritage in a series called India Song. These carefully crafted photographs plant live animals into sacred and secular sites so that can celebrate the visual richness found in northern India's fables, mythes and stories.

She first photographs the color-rich interiors with a large format Sinar P3 analogue camera. Then, she adds live animals into the sites, thereby fusing high res digital images with analogue photography. The animals are first photographed in sanctuaries, zoos and cities and then transplanted into palaces, mausoleums and holy sites.

“Cranes, zebus, langurs, tigers and elephants mutate from princely pets to avatars of past feminine historic characters, blurring boundaries between reality and illusion and reinventing the Panchatantra for the 21st century,” she says. (One of India's most influential contributions to world literature, the Panchatantra is a collection of Indian animal fables.) 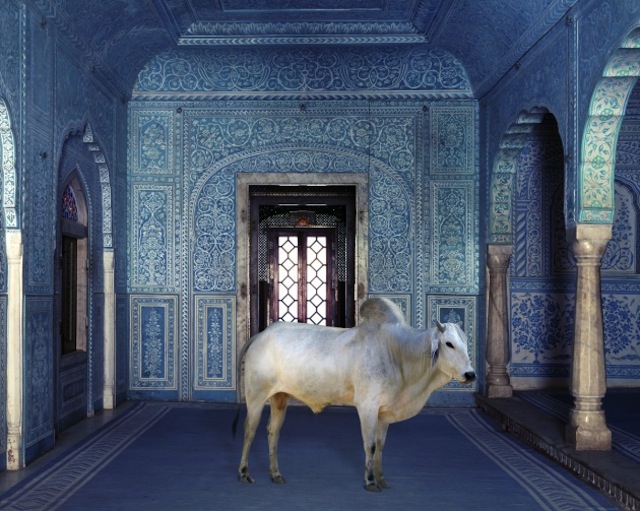 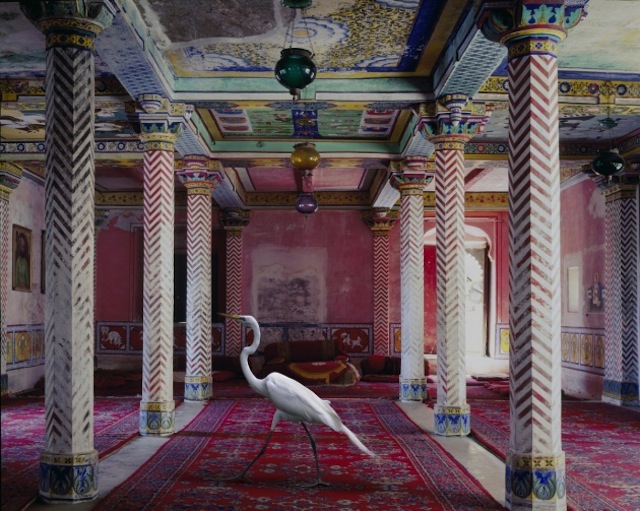 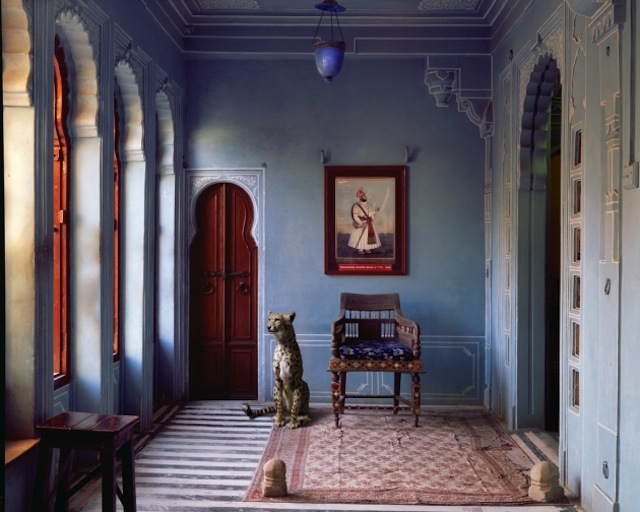 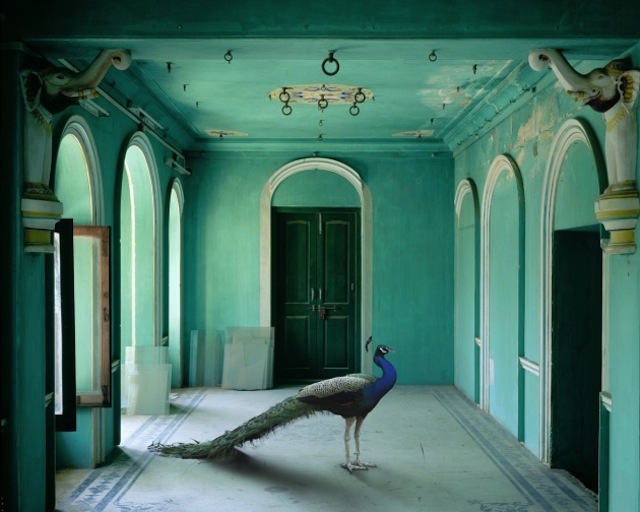 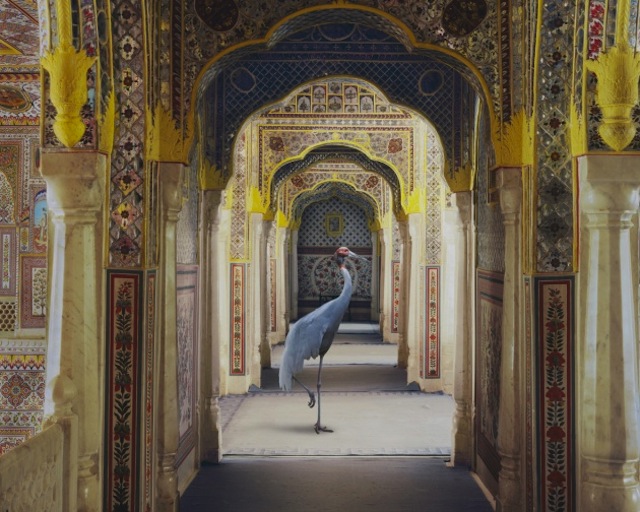 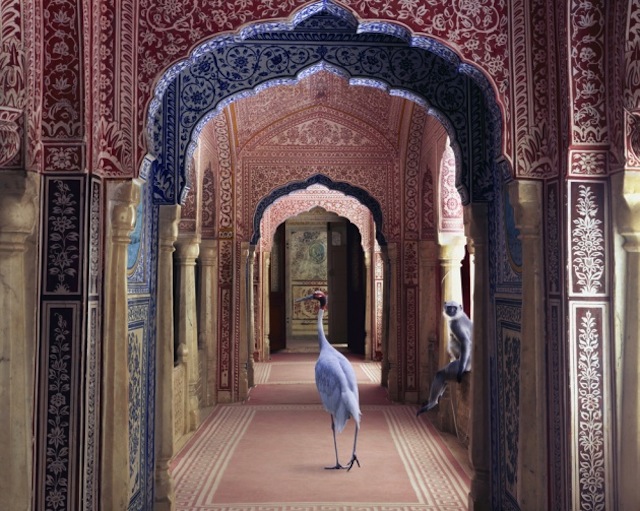 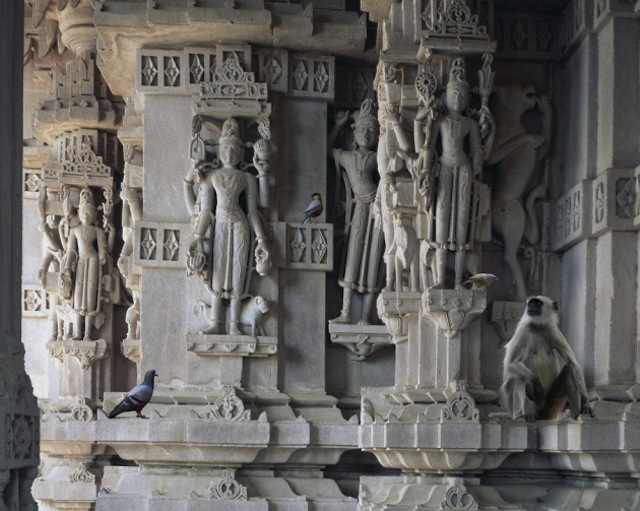 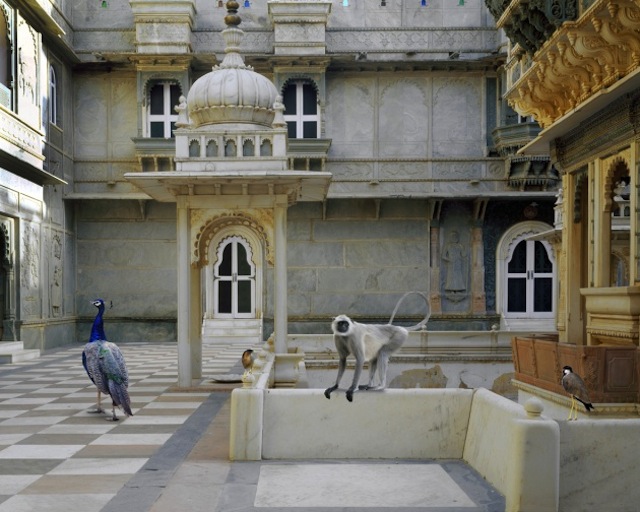 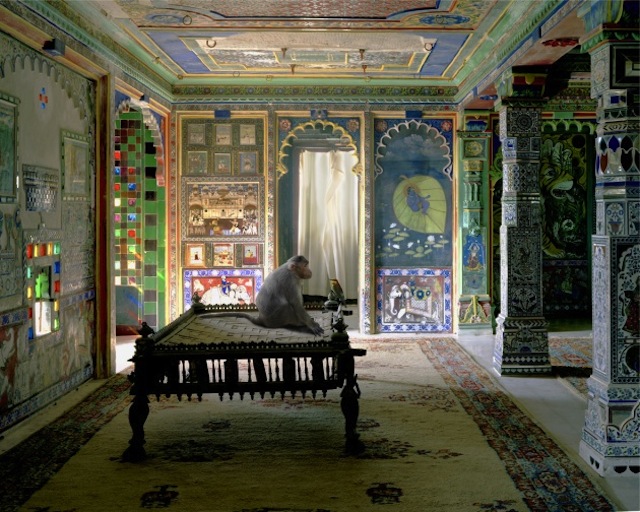 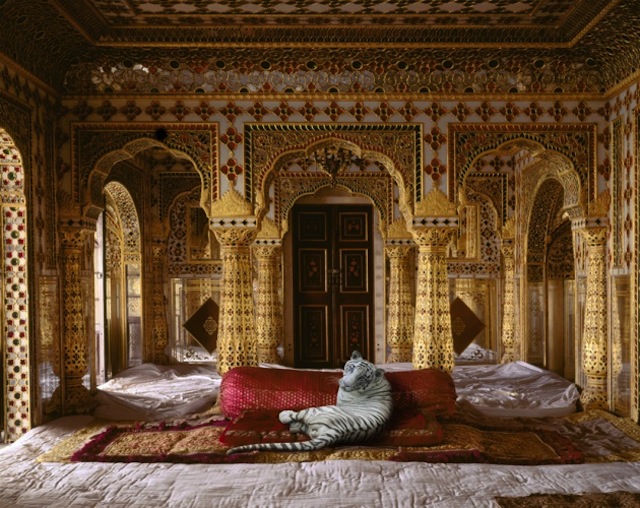