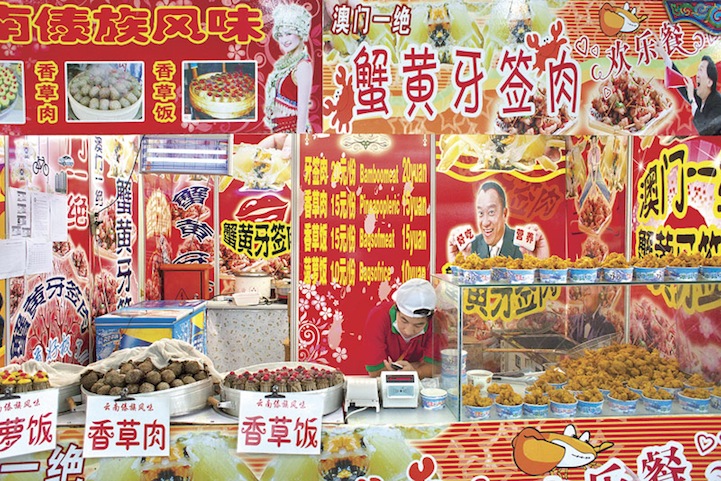 Ask anyone who's been to Asia and they'll tell you that the food is vastly different than that of the West. Take for instance Anja Hitzenberger. During a two month residency in the fall of 2011, Anja documented a temporary food court set up inside Beijing's Olympic Park. The photos culminated into a solo exhibition titled: Take Out: Chinese Fast Food Photographs by Anja Hitzenberger, which is currently showing at New York's UNDERLINE Gallery through May 13.

Anja was interested in food and consumption for some time, and was particularly inspired by the work of authors Eric Schlosser (Fast Food Nation) and Michael Pollan (In Defense of Food), who write about eating habits and the way society deals with food. In this series, she “reveals a visually and viscerally overloaded fast-food culture that may make some mouths water and other bellies ache.”

We recently got in contact with Anja and she was kind enough to answer some of our questions. You can read that interview, below. 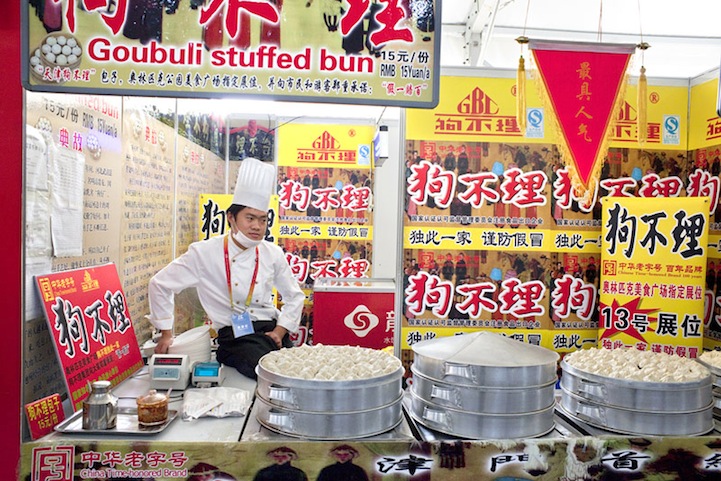 In your own words, how would you describe some of the differences between fast food in the East vs. West?

Most fast food around the world is now the same, since McDonald's is basically everywhere, so is Pizza Hut and many other food chains. But one reason why I called this series “Chinese Fast Food” is because the food in this tent was supposed to represent Chinese specialties from different regions in China — which some of it was — but in reality most of it was simply bad food: mass produced ingredients, deep fried food and “Italian” spaghetti with tomato sauce and “Twist Potato” simply aren't traditional Chinese dishes. 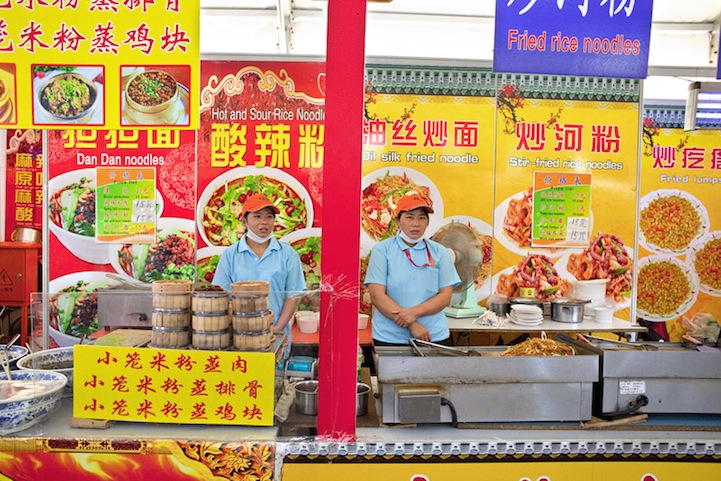 What was your favorite aspect about shooting this series?

The way the saturated visual displays of the food stalls contrasted with the boredom of the workers inspired me very much. My work is about people and the relationship of the body to architecture and space. I spent two months in the fall working on photography projects in Beijing, and when I discovered these food stalls in the Olympic Park there, I was really intrigued by these small, totally artificial confined spaces. 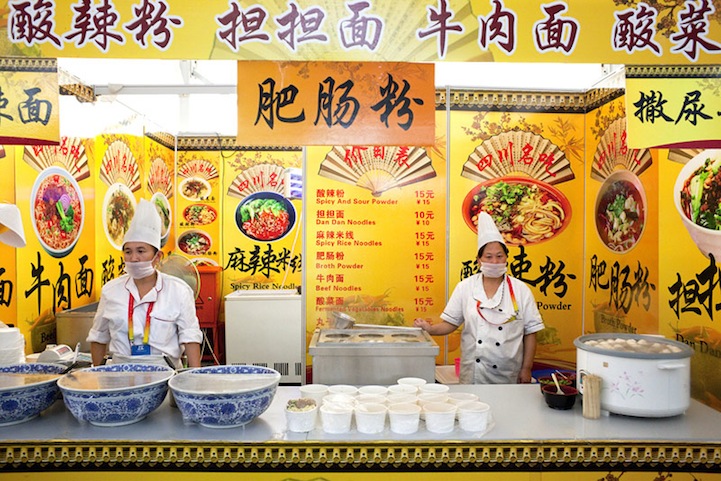 Did you try any of the food? Did you have any favorites?

I ate some of the food every time I was in the tent, because it all smelled so good and made me really hungry. But while the food everywhere in Beijing was absolutely delicious — I love food and so I ate constantly while I was in Beijing — the food in this tent was not good at all. That's one reason why I decided to call the series “Chinese Fast Food”. 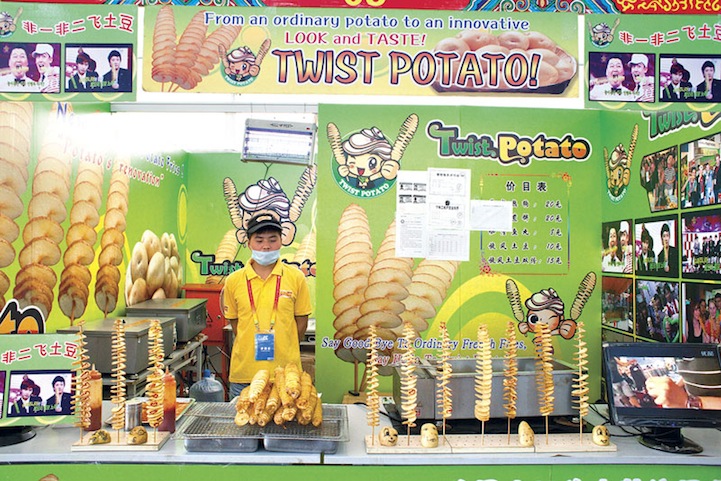 How do you hope this series will impact people's view on food?

Fast food is spreading around the world very quickly, which is really sad. I would love for people to rethink what they eat and maybe these very colorful, artificial images will be a bit off-putting for some people. But I do think that people in Asia react to these images differently than people in the West. 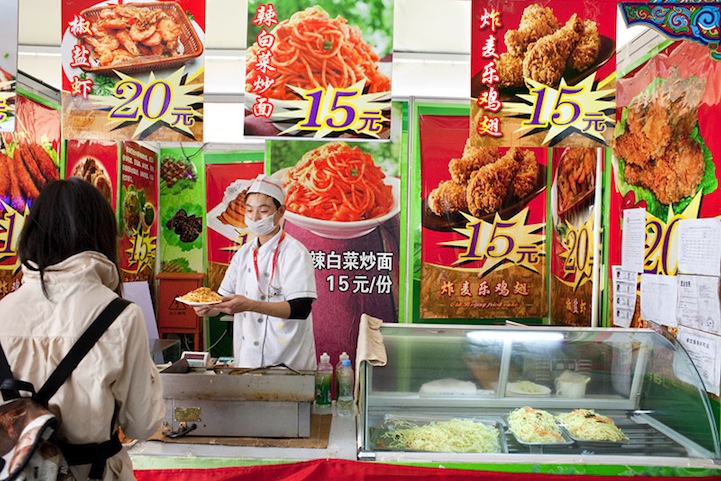 I'm not completely sure yet, because this series is still quite fresh — I only shot it in September/October, and my exhibition is still on here in New York. But I'm pretty sure I would like to work more with the subject of food and what people put into their bodies. 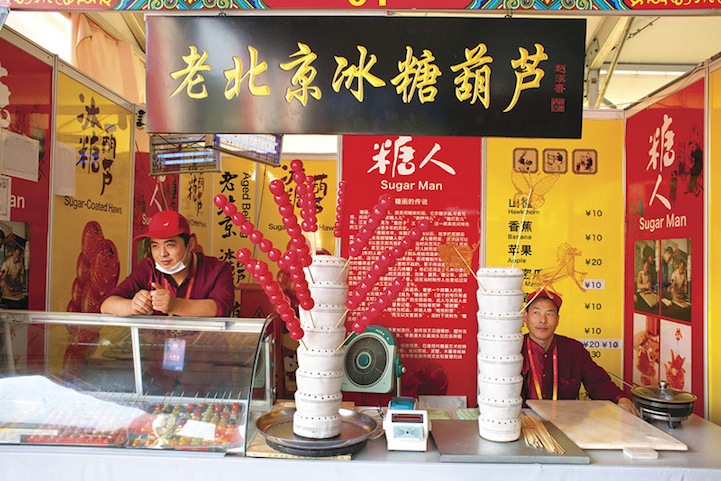 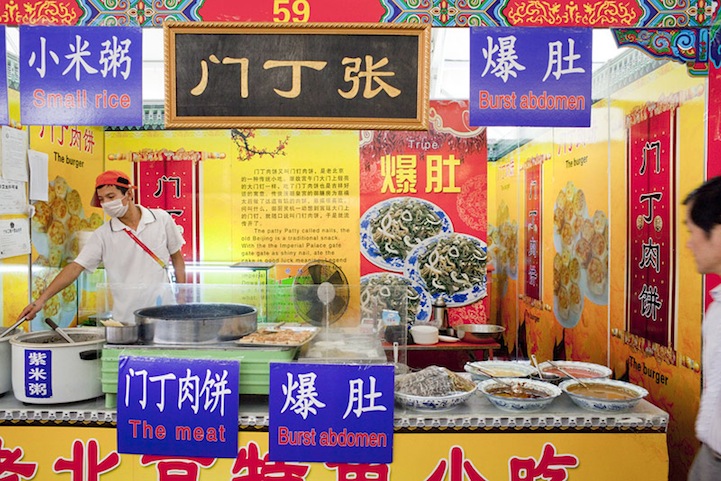 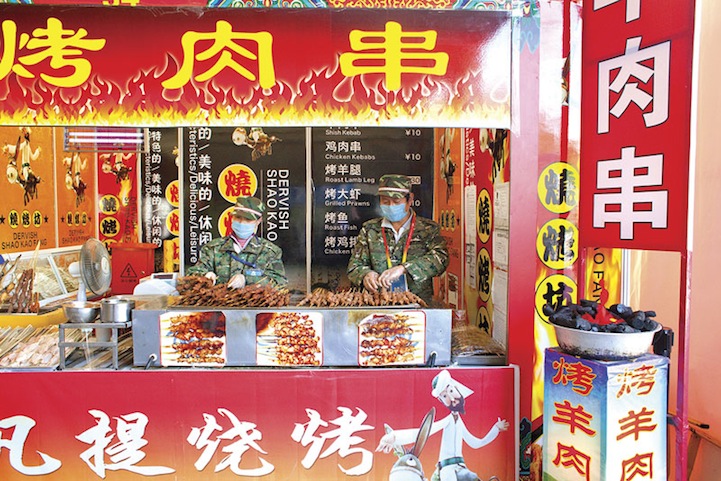 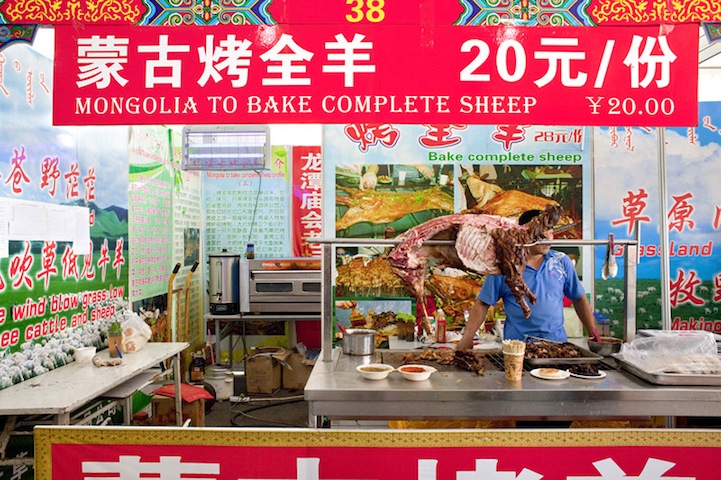 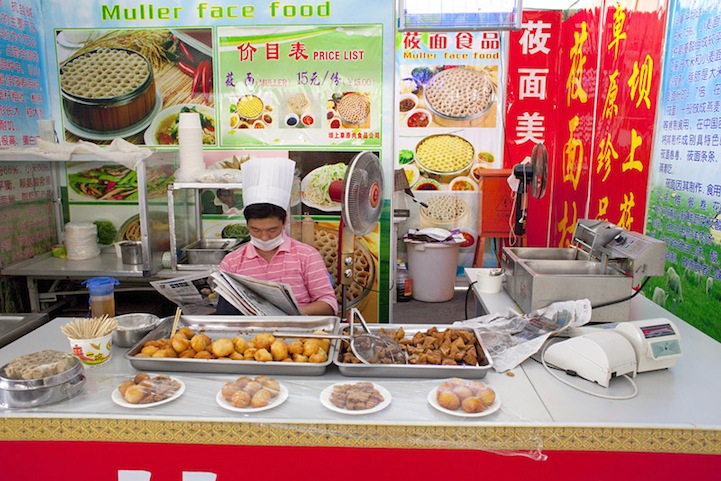 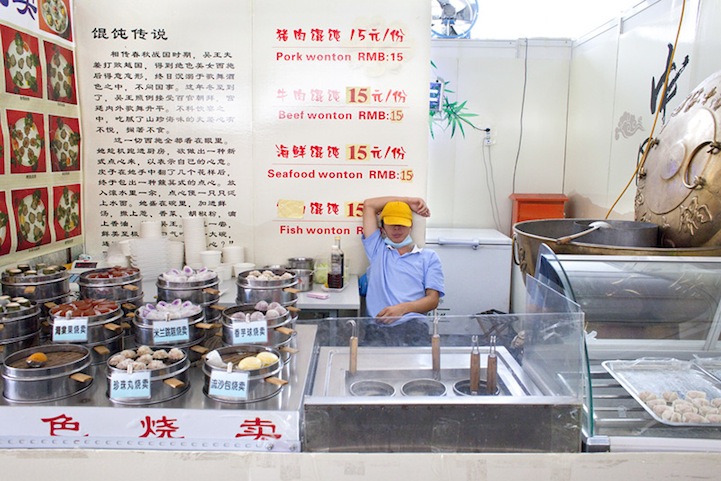 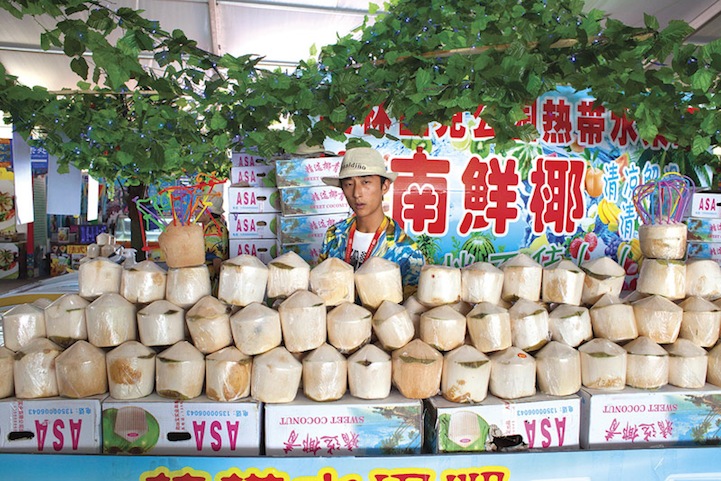