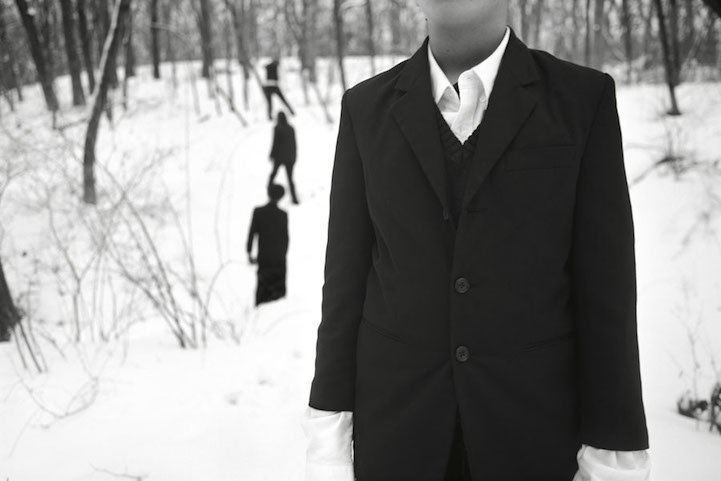 Mysteriously faceless youths dash playfully through the woods in New York-based photographer Anna Gaskell's series Turns Gravity. Intriguingly ambiguous, the cinematic photos provide fleeting glimpses of a puzzling visual narrative. Clothed in black, the young subjects frolic outside, at times engaging in lighthearted games, at times depicted in oddly anxious crouches or being pulled and pushed to the ground in a show of unexpected force.

With tight framing and dramatic staging, Gaskell crops out the boys' features, leaving them faceless and unknown. The anonymity of the subjects, as well as the stark, black-and-white aesthetic, brief flashes of violence, and overall air of mystery create an ominous sense of tension that runs throughout the narrative.

Gaskell describes her works as “elliptical narratives,” as all of her series constantly change and shift with each retelling. With no set order to the images, they can form entirely new stories with each change of sequence, inviting the viewer to interpret the enigmatic events of each narrative. 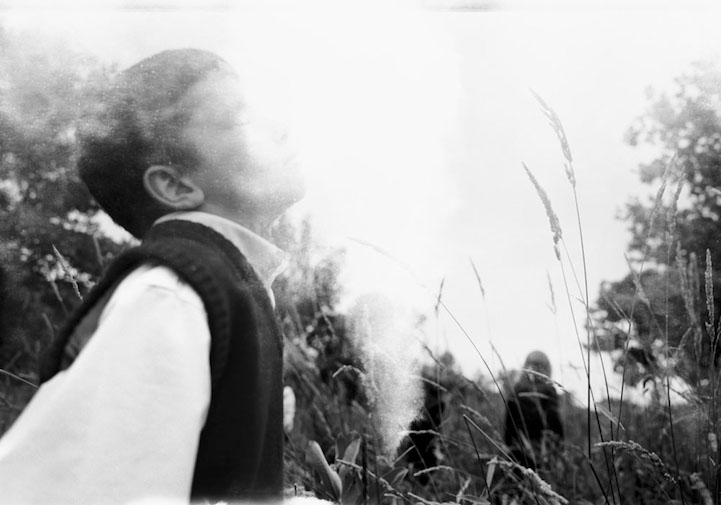 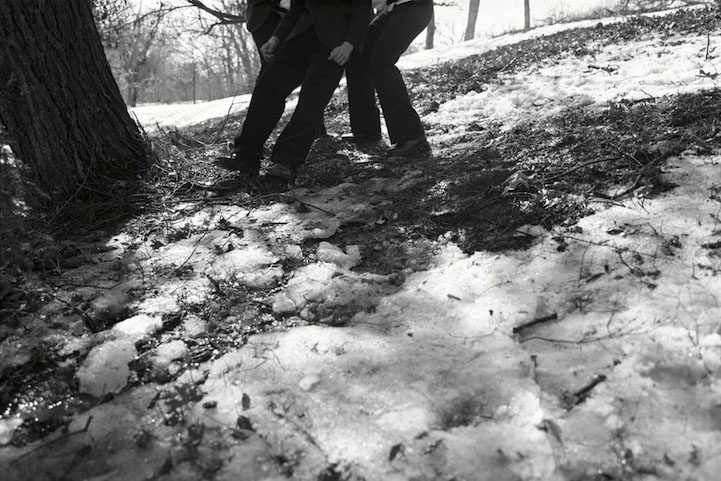 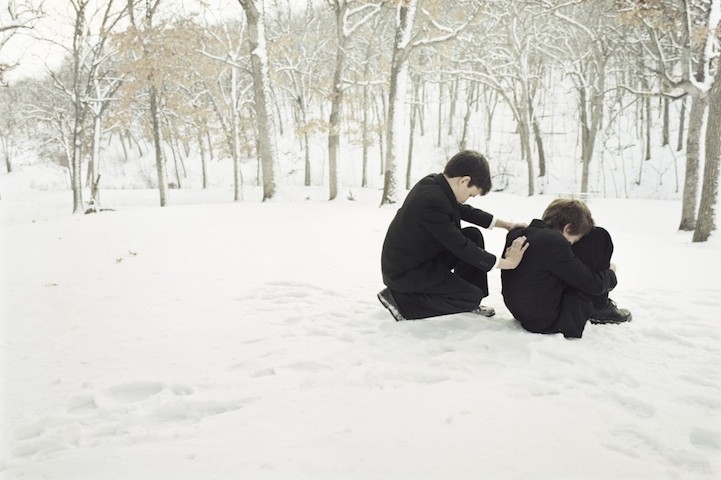 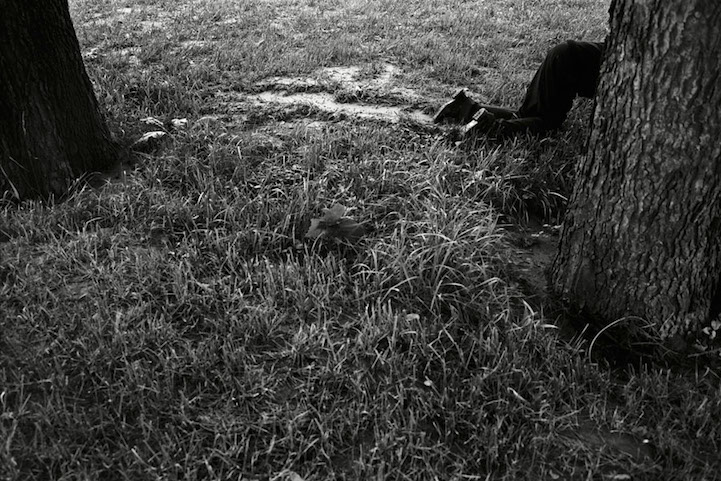 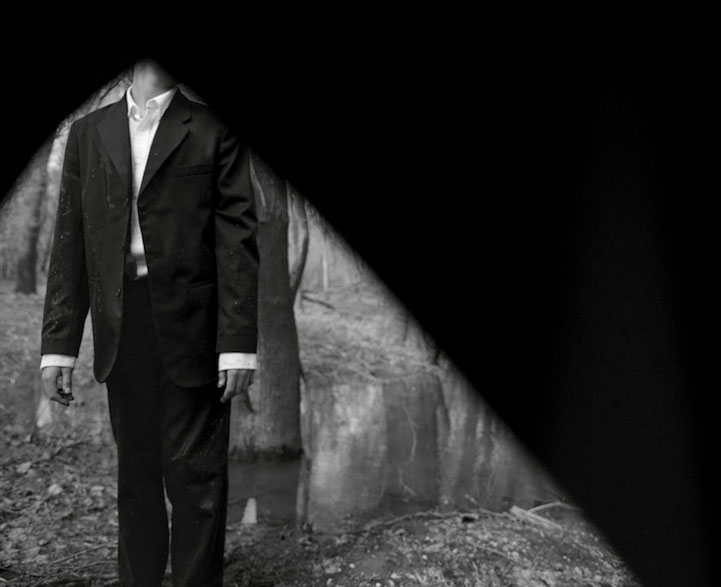 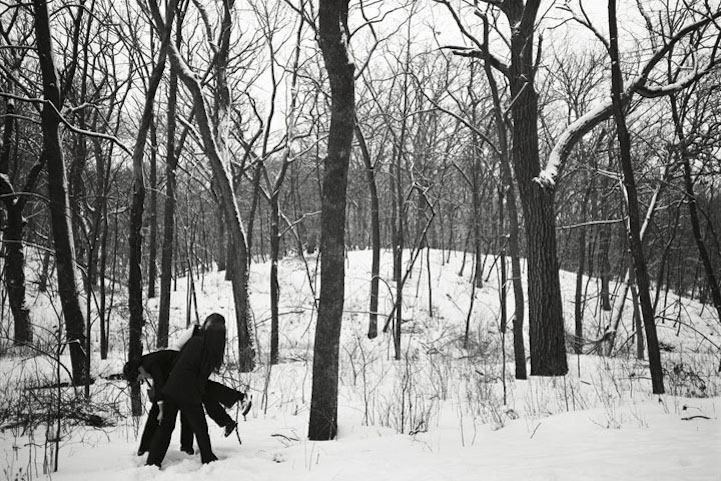 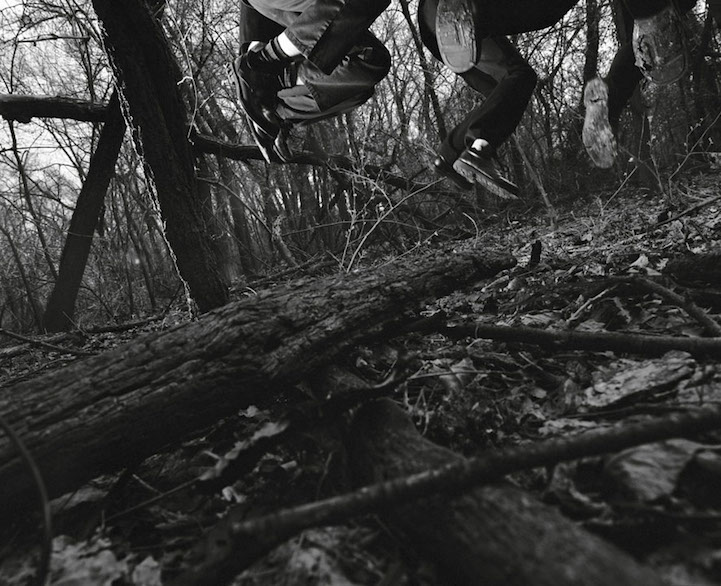 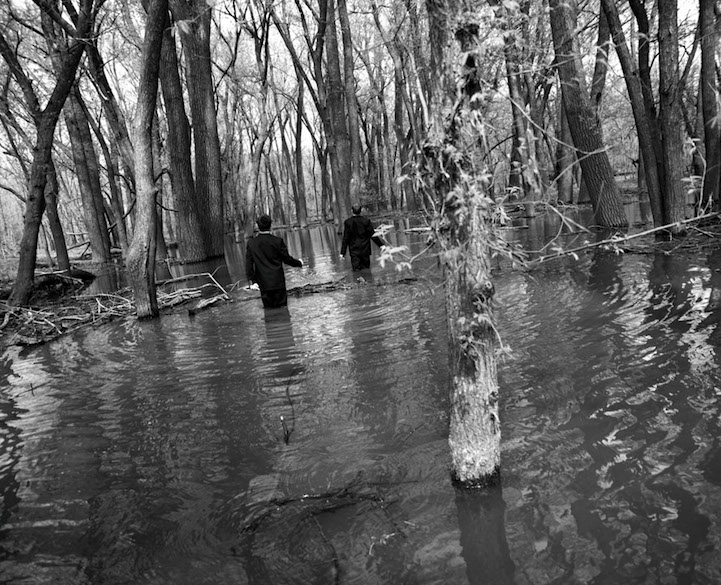