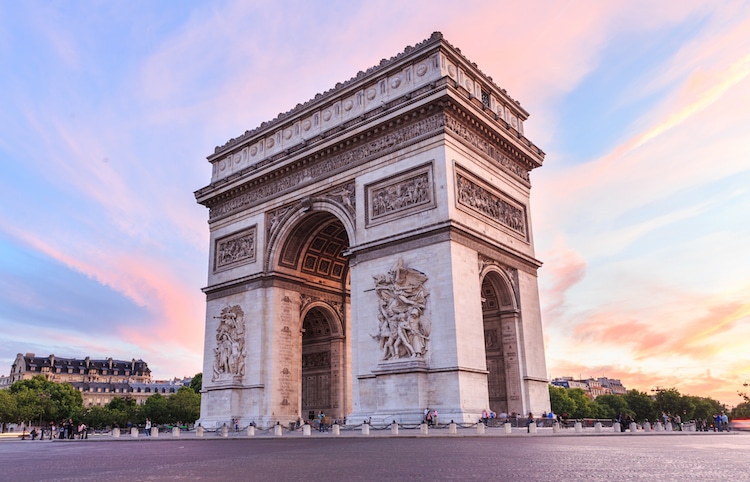 Since 1836, the Arc de Triomphe has stood as a symbol of France's fortitude. Intended to immortalize the armies who fought in the Revolution and the Napoleonic Wars, this massive stone structure is one of the most famous military monuments in the world.

While you've likely heard of the Arc de Triomphe, you may not know its full story, from its lengthy construction to its 20th-century twin. Want to know more about the monument? Read on for five fascinating facts guaranteed to give you a rock-solid understanding of the world-famous arch.

The Arc de Triomphe was commissioned by Napoleon—though he never saw it completed. 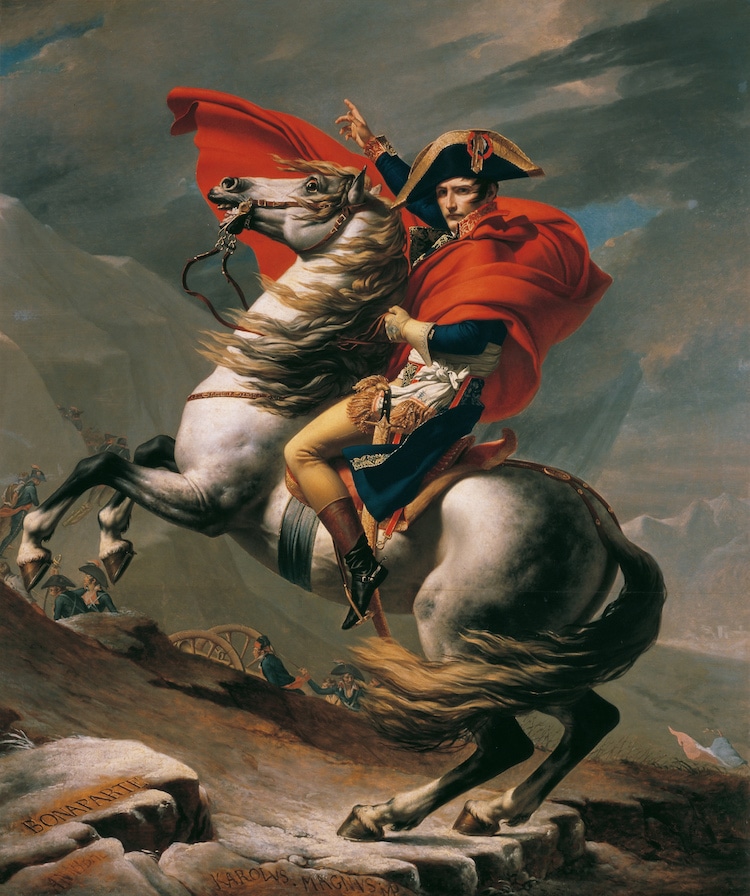 Napoleon I commissioned the commemorative arch in 1806, two years after he declared himself “Emperor of the French” at Notre-Dame Cathedral. Prior to his crowning, he played an active part in France's political and military affairs. After the success of the French Revolution in 1799, he took control of France and waged an excessive amount of wars that have come to be known as the Napoleonic Wars.

To honor those who fought and died in both of these series of battles, he proposed the construction of a monumental arch. As expected, this large-scale project took a long time. In fact, it was not completed until 1836—15 years after Napoleon passed away.

It was modeled after the Roman Arch of Titus. 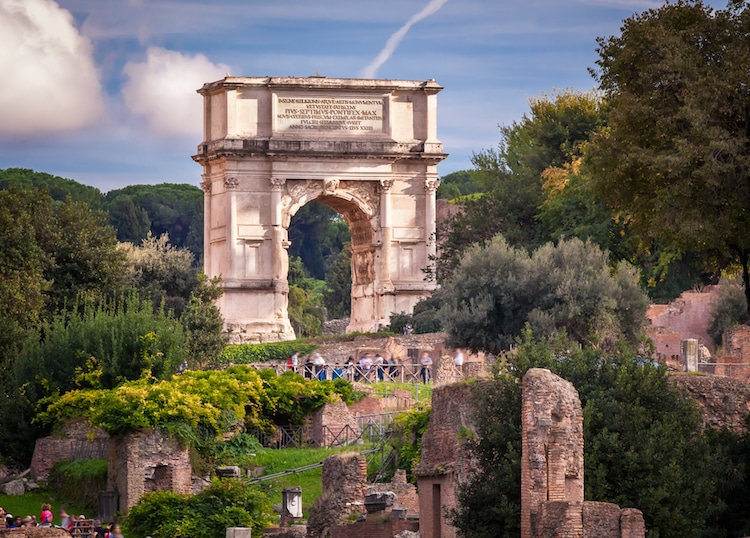 At 164 feet, the Arc de Triomphe is much taller than the 50-foot Arch of Titus. Additionally, its design is more intricate than its ancient inspiration. At its base, it features four sculptural groups: The Entry of Napoleon, The Departure of the Volunteers, The Conquest of Alexandria, and The Battle of Austerlitz. At the top of the monument are 30 shields engraved with a list of major French victories, while its inner walls present the names of 660 people, including 558 generals.

An anonymous soldier is buried beneath the arch. 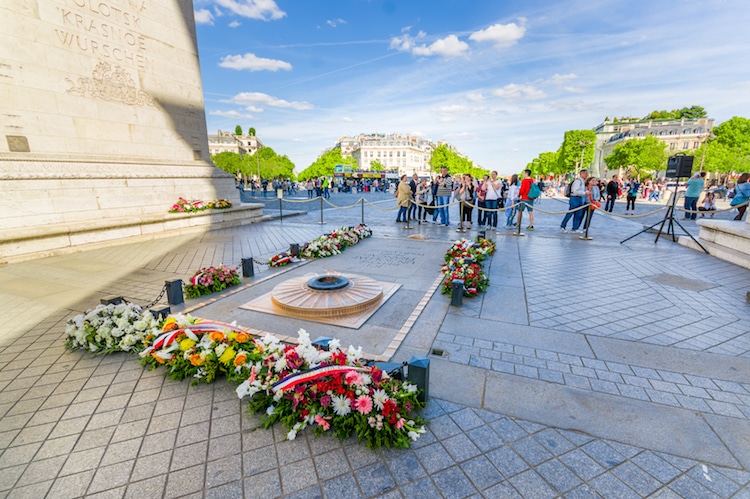 In addition to those who fought in the Revolutionary and Napoleonic Wars, the Arc de Triomphe also honors one man who fought in World War I. Unlike the former, however, the latter does not have his name inscribed on the monument. In fact, his identity is not known at all.

Buried beneath the arch is the Tomb of the Unknown Soldier. Here, the nameless individual was laid to rest in 1920. To symbolize France's undying appreciation for the unknown soldier—and for all of those who fought and died in both world wars—the tomb is topped with an eternal flame. Burning non-stop since 1923, this flickering light continues to illuminate the importance of honoring anonymous fighters. In fact, following a visit to the Arc de Triomphe in 1961, First Lady Jacqueline Kennedy requested a similar memorial at Virginia's Arlington Cemetery, culminating in the famous American equivalent.

It sits at the center of an étoile, or “star.” 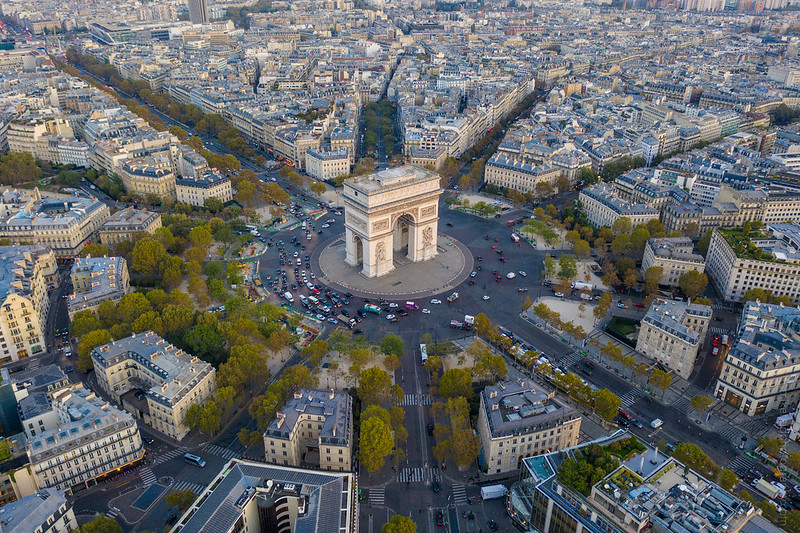 When Napoleon commissioned the arch, he had a site in mind: the western end of the fashionable Avenue Champs-Élysées. Here, a series of paved roads met, forming the shape of a star. Because of this configuration, the area would eventually be named the Place de l'Étoile (“Plaza of the Star”).

In the middle of the 19th century, this “star” was redesigned under Napoleon III—Napoleon's nephew—as a part of his Paris reconstruction project. Designed by Georges Eugène Haussmann, the new Place de l'Étoile retained the area's historic starburst shape. However, instead of small roads, it radiated with 12 new and improved avenues. In 1970, the Place de l'Étoile was renamed the Place Charles de Gaulle to honor the late great president of France.

A 20th-century version of the arch is located at the other end of the Champs-Élysées. 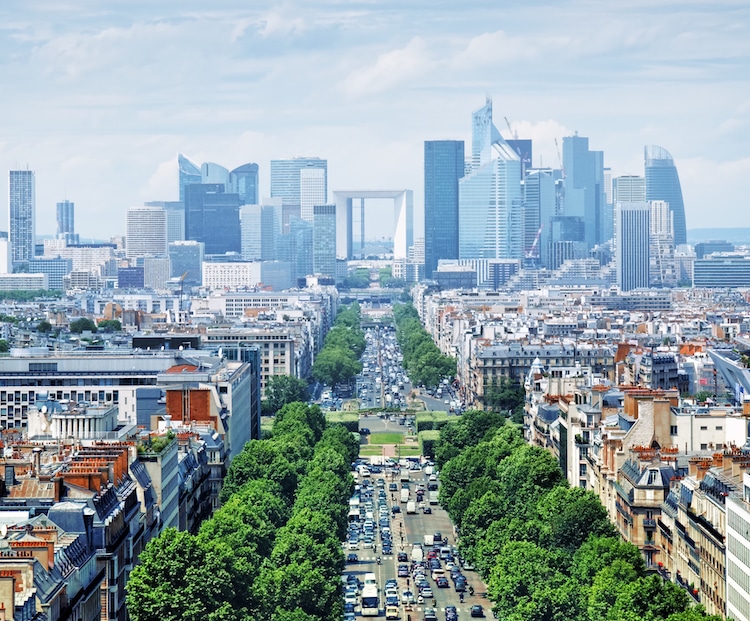 La Grande Arch as seen from the top of the Arc de Triomphe
Stock Photos from r.nagy/Shutterstock

In 1989, another arch was installed on the Champs-Élysées. Called La Grande Arche de la Défense, this new monument put a modern spin on the traditional triumphal arch—both in design and symbolism.

Reaching a sky-high 360 feet, this sleek cube-shaped structure loosely mirrors the Arc de Triomphe, which sits at the opposite end of the 1.2-mile avenue. What truly sets this monument apart from its Neoclassical counterpart, however, is its intention. Rather than focus on France's military victories, this contemporary arch emphasizes its diversity by acting as a “window to the world” and functioning “as a place where people with different backgrounds and cultures can meet and communicate”—an ideal model for modern France.

11 Enlightening Facts About the Statue of Liberty

Like fun facts? Share
Like My Modern Met on Facebook
Get Our Weekly Newsletter
Become a
My Modern Met Member
As a member, you'll join us in our effort to support the arts.
Become a Member
Explore member benefits