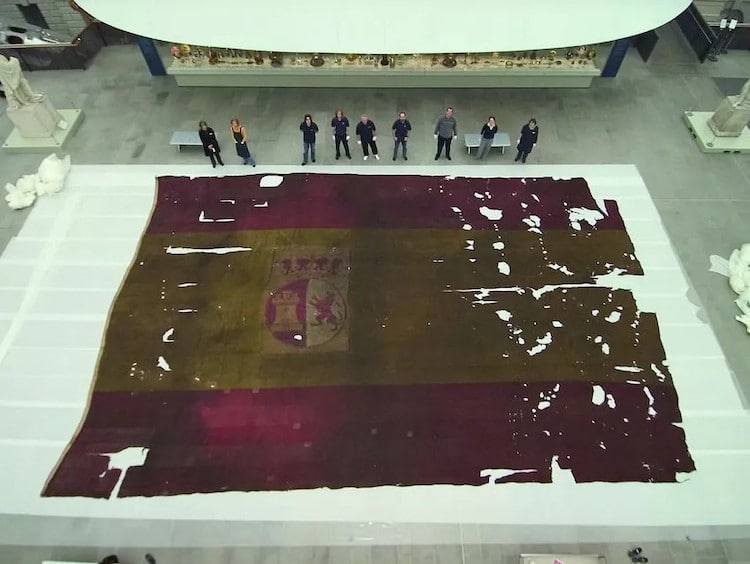 In 1805, the Battle of Trafalgar secured Britain's supremacy as a naval power over the French and Spanish. Led by Horatio Nelson, the Brits triumphed over a French-Spanish fleet that outnumbered them in quantity and size. To get a sense of how impressive the victory really was, one only needs to look at the size of the flag flown on one of Spain's battleships.

Britain's National Maritime Museum displayed the enormous flag for one day in 2005. Given its size, it's understandable as to why it can't be on permanent display; measuring nearly 33 feet wide and 47.5 feet long, the wool flag was the ensign of the San Ildefonso warship.

Incredibly, for how big the flag is, the San Ildefonso was actually one of the Spanish fleet's smaller ships. In fact, it was purposely built to compete with the Royal Navy's lighter and more agile fleet. First launched in 1785, the ship carried 80 cannons and howitzers. The boat incorporated the most advanced technology of the time, straying from Spanish tradition. 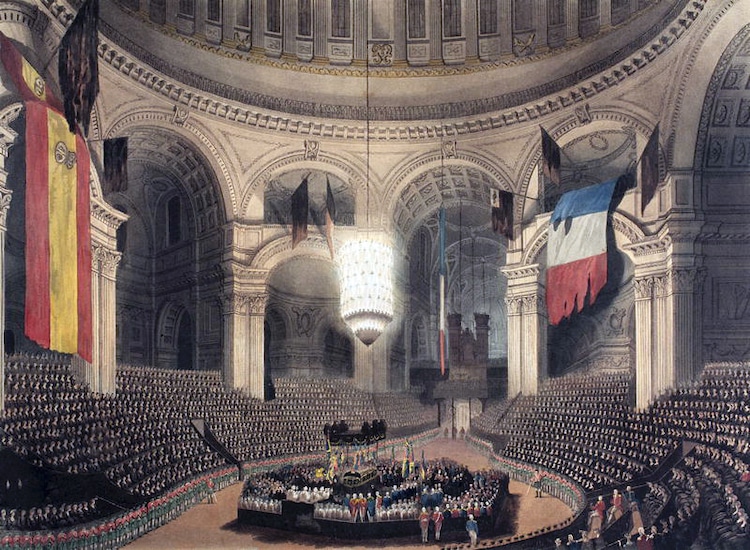 Some of the most important modifications were made the lighten the ship. Wooden treenails substituted the iron bolts that held together the hull, while heavy oak in the upper parts of the ship was switched out in favor of pine and cedar. It was also constructed in a shorter length than normal, both to reduce the weight and lower the center of gravity.

Unfortunately, the Spanish's fears about the British being able to outmaneuver their ships weren't unfounded. Though it may have been quicker than other Spanish warships, San Ildefonso was still captured by the Royal Navy's HMS Defence and later went to work for them as the HMS Ildefonso.

Its ensign is particularly significant because it hung inside St. Paul's Cathedral during Lord Horatio Nelson's funeral. One thing that is important is to understand about the scale of this flag is that it's purposefully oversized. That's because battle ensigns needed to remain visible through the thick haze of smoke given off by canons and artillery. As long as a ship was flying its ensign, it was still in battle.

This particular flag takes place of pride in the National Maritime Museum as a symbol of Britain's incredible triumph.

Legendary 1,000-Year-Old Katana Still Looks as Flawless as When It Was First Constructed