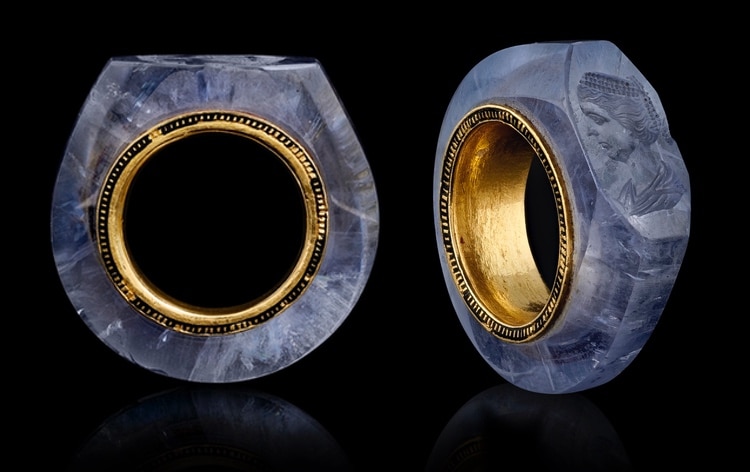 In the 18th century, George Spencer, the 4th Duke of Marlborough, amassed an incredible collection of carved gemstones and cameos. The Marlborough Collection was considered one of the best private jewelry collections and many of the 800 pieces of jewelry date back to antiquity. The collection was broken up in the 19th century to pay for repairs at Blenheim Palace and in 2019, an interesting gemstone from the collection came up for sale.

The nearly 2,000-year-old sapphire ring is a dazzling piece of jewelry aesthetically, but its history makes it all the more fascinating. It's thought to have belonged to Caligula, the notoriously tyrannical ancient Roman emperor. Caligula ruled from 37 CE, but his reign was cut short after four years when he was assassinated by Praetorian Guards—the security force that was meant to protect the emperor.

This sapphire ring, which was put up for sale by Royal jeweler Wartski, is a testament to the opulence of the time. Sapphires are exceptionally hard, ranking just below diamonds on the Mohs scale of hardness. It would have taken quite a bit of skill to not only cut and polish the sapphire but to carve the delicate portrait on the front of the ring.

So who is this beautiful woman etched into stone? Appropriately, it appears to be a portrait of Caligula's fourth—and last—wife, Caesonia. Roman historian Suetonius described her as “a woman of reckless extravagance and wantonness” and even claimed that she gave birth to their daughter on their wedding day. Caligula and Caesonia had a passionate affair and its said that he even occasionally showed her off, naked, to friends.

With such a fiery relationship, it's no wonder that the emperor would want her portrait on his ring. Alas, their love wouldn't last, with Caesonia—and her daughter—being murdered just hours after Caligula was killed. Though some art historians point out that the style of the ring may not fit with what was fashionable during the emperor's time, it's still fun to imagine that it was his.

Aside from the incredible backstory, the sapphire ring caused a sensation when it came up for auction in 2019 due to its place in the Marlborough Collection. Once the gems were sold off in 1899, many of them disappeared into private collections and even today experts only know the location of one-quarter of the jewels.

This is not the only piece from the Marlborough Collection to pass through Wartski. Currently, they have two other Marlborough gems in their collection, including a 16th-century Italian cameo and an ancient Roman golden sard carved with a portrait of Mark Antony. It's a rare portrait of the general, who is famous for his love affair with Cleopatra.

This incredible sapphire ring once belonged to Caligula, an ancient Roman emperor known for his tyrannical reign. 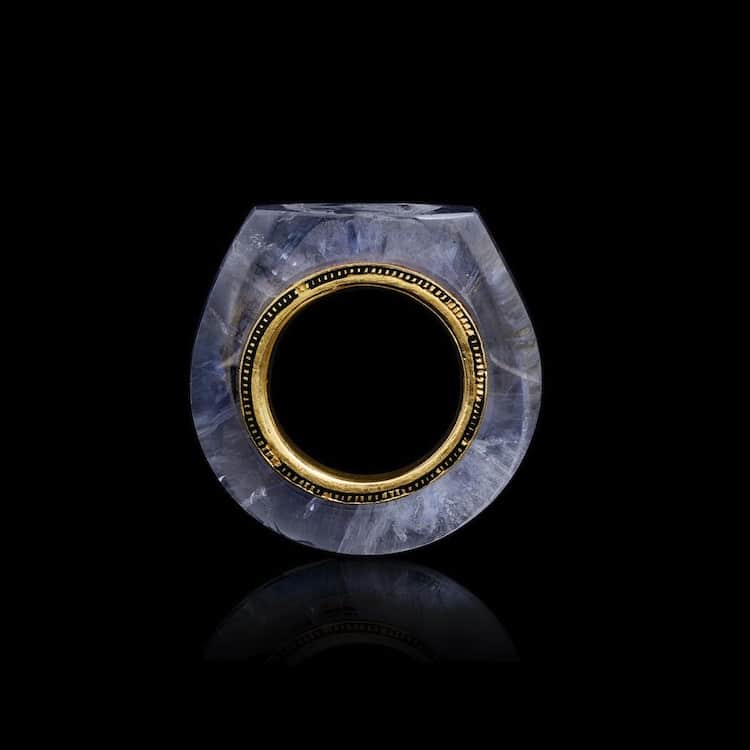 The face of the ring has a beautifully carved portrait of his wife Caesonia. 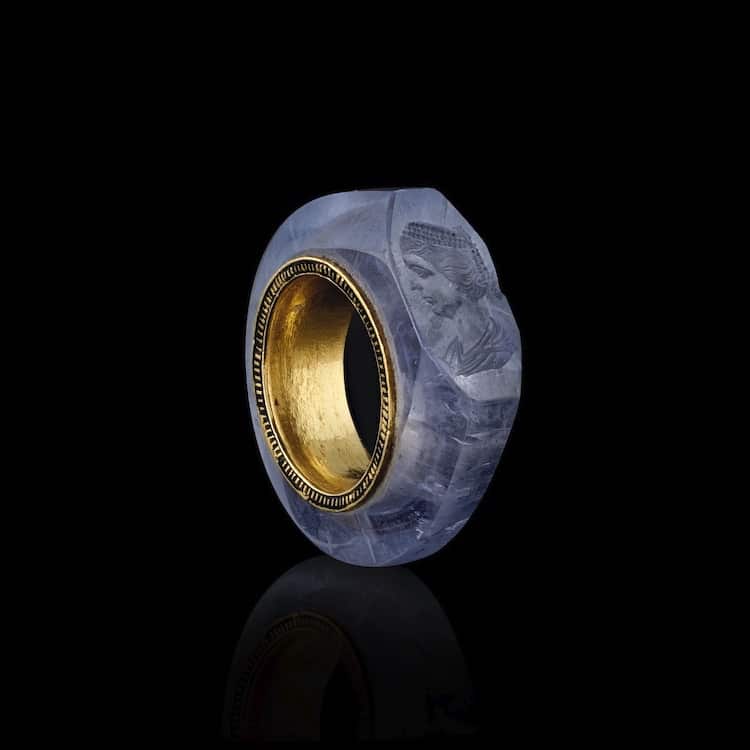 These gems are part of the famous Marlborough Collection, which was put together in the 18th century. 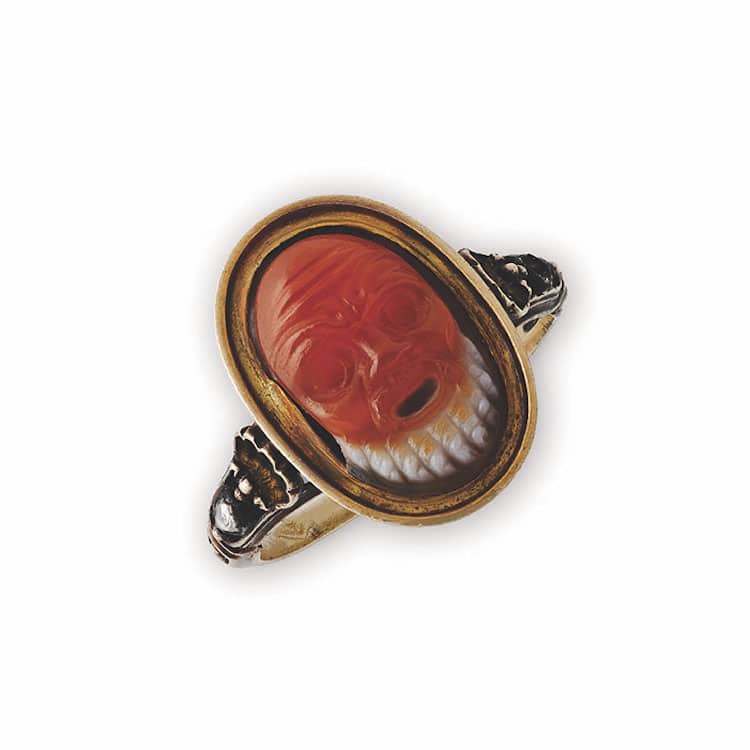 Today we only know where one-quarter of the gems are located, including this stone with a rare portrait of Mark Antony. 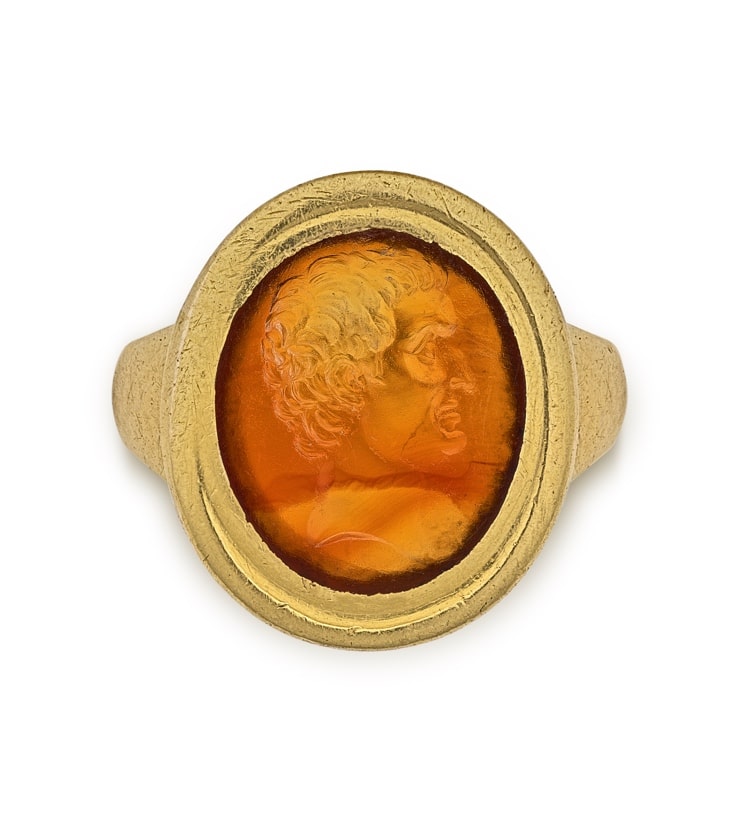 My Modern Met granted permission to feature photos by Wartski.