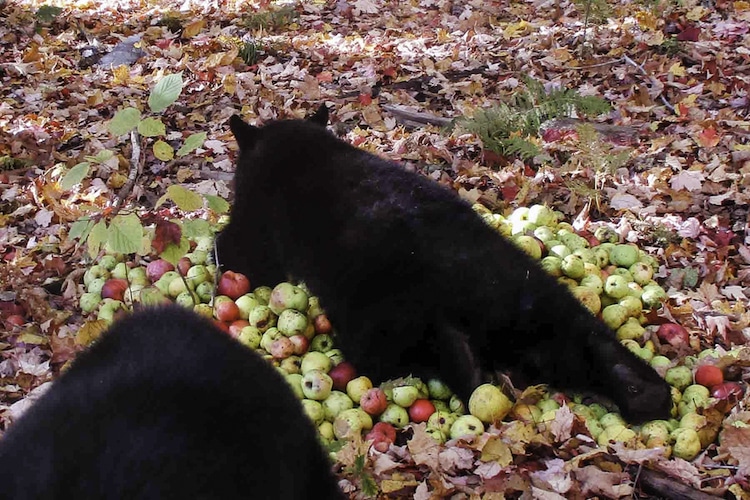 They say an apple a day keeps the doctor away. As it turns out, a truckload of them also makes a delicious snack for a group of hungry bear cubs. That’s why when writer, producer, and animal lover John Fusco dropped off a batch of apples for the black bear cubs at Kilham Bear Center in New Hampshire to enjoy, the furry little tykes could hardly contain their excitement. Luckily, Fusco recorded a video of the young rescues delighting over the apples he brought them. In the footage, the bear cubs can be heard in unison making an endearing sound that is almost akin to purring as they devour the sweet, crunchy fruit.

“Have you ever heard bear cubs make their ‘sound of contentment'?” Fusco later captioned the video when he shared it on Twitter. The clip quickly went viral and has received more than 600,000 views and over 25,000 likes since it was first posted. Still, for most people, the answer to that question was probably no until they saw the video. It’s a rare—and most likely life-threatening—opportunity for a person to get so close to a bear cub in the wild. However, these cubs are actually orphaned, and they receive rehabilitation and care at the renowned Kilham Bear center until they are ready to be released back into the wild.

“They’re obviously in a healthy sanctuary,” remarks Rae Wynn-Grant, a conservation scientist and large carnivore ecologist. “It kind of makes sense that they would be cooing and telling us how great they feel.”

Donations like Fusco’s help keep the young black bear cubs content and fed. And judging by their reaction to the gift, it goes without saying that the adorable fluffy creatures are more than appreciative of the gesture.

It turns out that black bear cubs love eating apples. 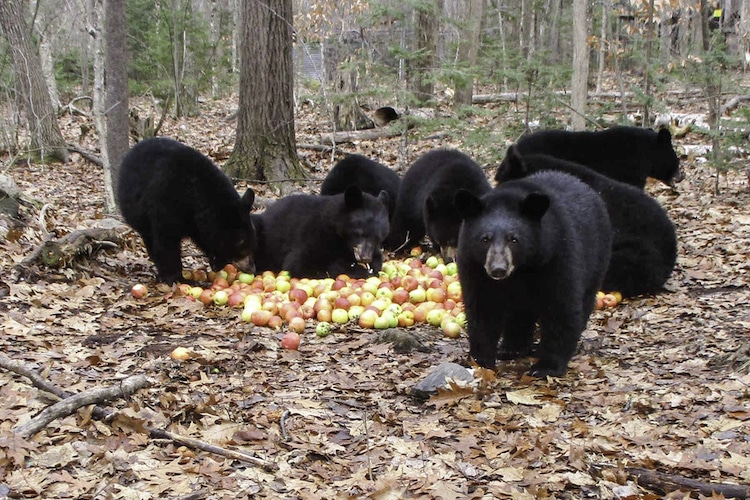 Watch this video to hear them make an adorable purring “sound of contentment” as they devour the treat.

Have you ever heard bear cubs make their ‘sound of contentment’? @RaeWynnGrant pic.twitter.com/CpuuM86imw

All images via Kilham Bear Center.