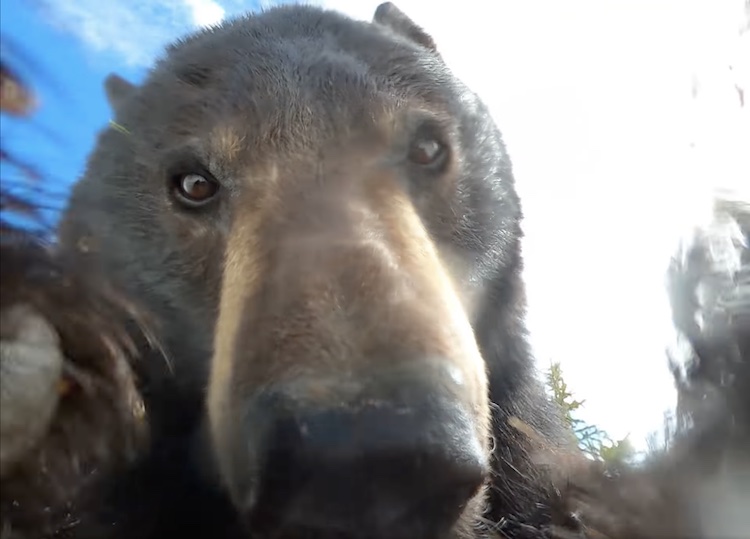 Getting the perfect photo for Instagram or recording your latest TikTok video can be quite challenging. You’ve got to get the best angles, optimal lighting, and just the right composition. But when it comes to catching the action with a GoPro, the conditions might be a little bit different. Still, it seems that capturing the choicest clip is just as hard for bears as it is for us.

While out in the wilderness last week, archery hunter Dylan Schilt happened to stumble upon a GoPro that had been lost while snowmobiling. He immediately took the camera back to his camp and charged it up, only to be greeted by some surprising and hilarious video clips shot by…a bear! The inquisitive animal seemed equal parts curious and confused by the tiny recording contraption.

“After four months of it sitting there, a big old black bear found it and not only managed to turn it on but also started recording himself playing with it,” Schilt explains in a Facebook post he shared with the GoPro footage. “Hands down the craziest thing I've ever found!”

Scroll down to see the amusing yet impressive footage shot by the resourceful bear playing around with the lost GoPro camera.

This bear recorded an entire video with a GoPro camera.

All images via Dylan Schilt.