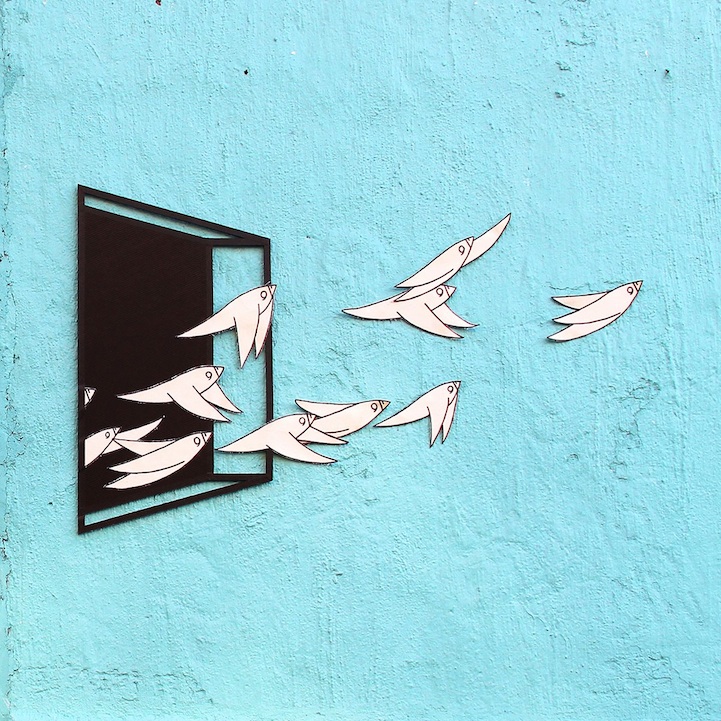 New York-based Aakash Nihalani, whose known for his stellar tape art, recently teamed up with fellow street artist Know Hope in creating this beautiful illusion. On a bright blue wall near Aakash's studio in Bushwick, Brooklyn, the two made it look like a flock of birds were entering and exiting windows. It is called Uncornered.

“Know Hope and I had met back in '09 for a street art festival in Vienna,” he tells us, “and collaborated on a piece for the festival. We've been in touch since, and he was going to be in town for the art fairs in New York so we made sure to link up for a piece.”

Aakash will be exhibiting new images of his paintings as well as creating site-specific installations at Wunderkammern in Italy from April 5. Called Vantage, it will be his first solo show in Italy.

“Most artists use a canvas in order to paint on a limited surface,” he says. “Like a painter I start with the canvas, but I also explore the ways to sculpt and paint around it, using it as a visual object in and of itself. These paintings, like the majority of my work, are created with a specific point of view – a frontal one – where the illusion exists and the shapes seem to come to life.” 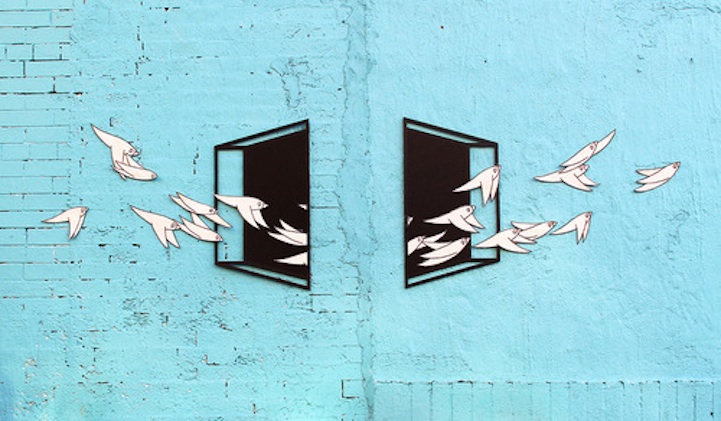