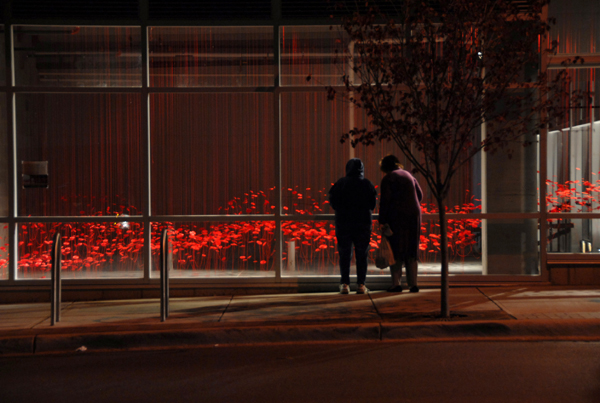 What appears to be a beautiful wafting sea of red discs is artist Beili Liu's visual interpretation of an ancient Chinese legend involving red thread. The belief behind the mythical tale of the “red string of fate” is similar to the western idea of soulmates. It suggests that, upon birth, every person is tied to another with an invisible red thread, signifying the individual they are destined to be with. The twine may stretch and bend, but it can never be broken to deter their fated encounter.

Liu's Lure series presents a massive site-specific installation piece featuring countless suspended, red coils of thread, each of which ranges from two to five inches in diameter. Each ring of tightly wound thread is connected to another one, somewhere in the space. The coupled pairs are made of the same piece of string so as to reflect the idea behind the legend. The discs are suspended by a centrally inserted sewing needle, compressed by the spiraling coils of thread, allowing them to sway and move somewhat freely in reaction to a breeze. Through this movement the connecting strings have the ability to become entwined with others, much like the relationships that serve as obstacles for the destined one. 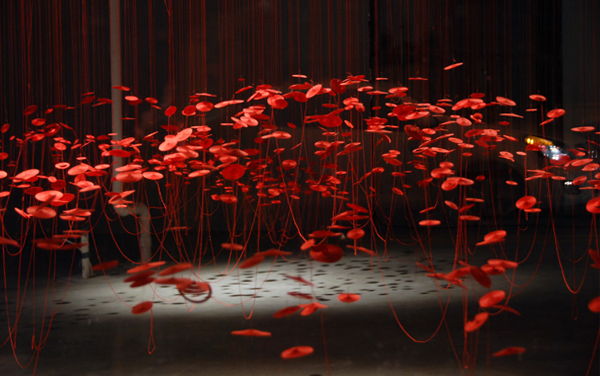 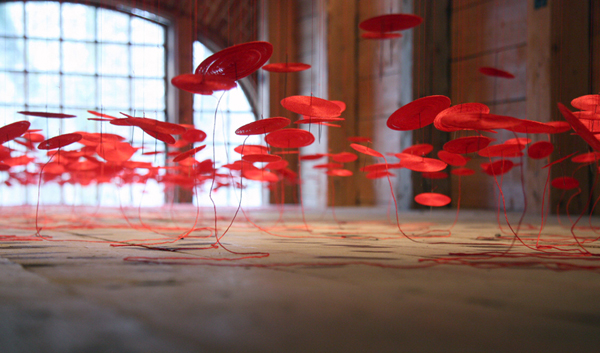 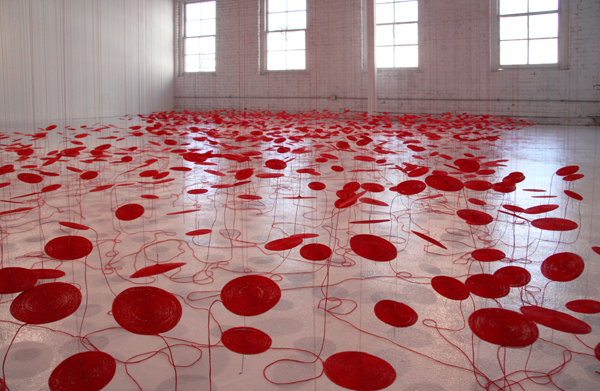 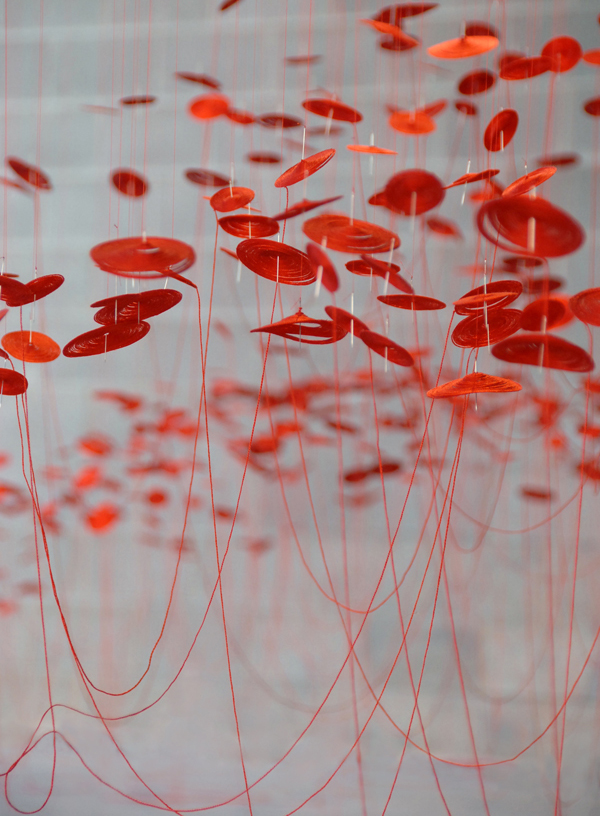 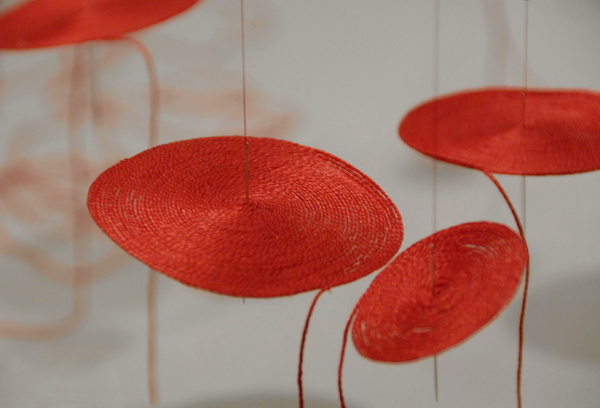