Meet the Cutest Kitten in the World’s Partner in Crime 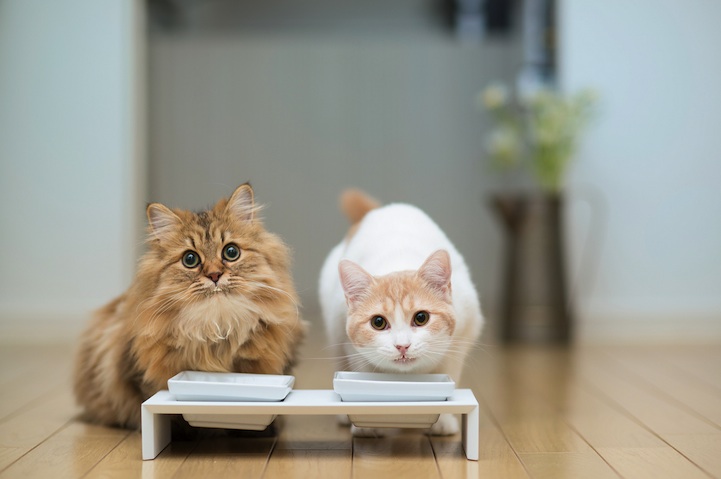 When we first came across Daisy, we proudly declared her “The Cutest Little Kitten in the World.” There's no denying her cuteness, the way she plays the piano, hides in bowls and sweetly gazes at bubbles make her undeniably adorable. Ben Torode, her proud owner, gave us a wonderful glimpse into her world telling us in this interview, “Daisy doesn't like to be held or even petted that much, but she HATES to be alone. Her happiest time (apart from eating) is joining us on the bed. She just likes to be near us and that's when she'll purr like crazy.”

You may not know it but Daisy has a partner in crime! Yes, Torode got Daisy in May 2012 and then Hannah just three months later. “Daisy was having trouble understanding how hard to bite or scratch us (way too hard) and we wanted to get her a sister so she could learn to play properly, because when they get bitten they learn how much is too much,” Torode tell us. 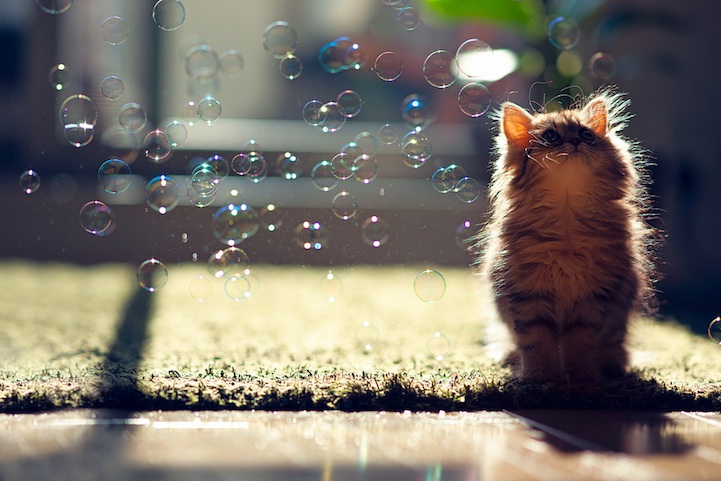 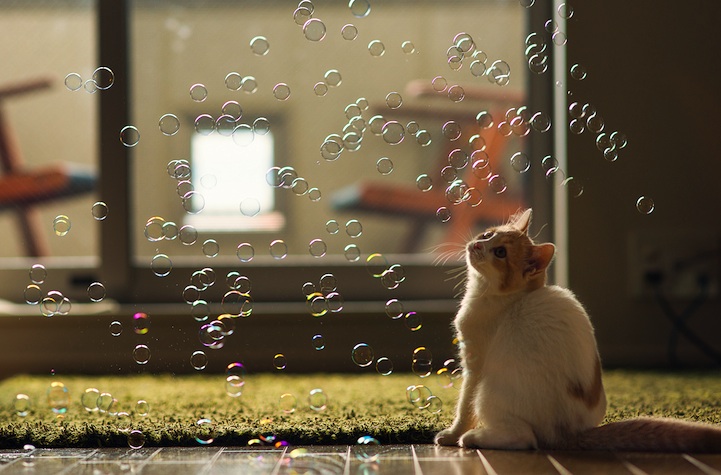 Did they get along? “The first week all they did was fight, often cat sumo style but now it's just the occasional play fight. I think this was the first time they seemed to be okay just sitting next to one another. As the days have gotten cooler they seem to have gravitated towards one another, and when they get scared of something like yesterday's earthquake they huddle together.

Just two months apart in age, Daisy and Hannah seem to fight and play like true sisters. Though you may not guess it from the pictures, they're personalities are actually very different. “Daisy is definitely more chilled and cautious,” says Torode. “When we play with her, her favorite thing is to hide in a box and attack from concealment (see kitty ambush) and once she gets hold of a toy she doesn't let go and retreats to the nearest lair she can find to bite it more.

“Hannah, on the other hand, is more of a traditional cat. Extremely athletic, an avid climber, and she just loves getting into the tiniest of places. Her idea of playing is us throwing things way above her and her jumping to pluck them out of the air (see super awesome slow-mo video.) 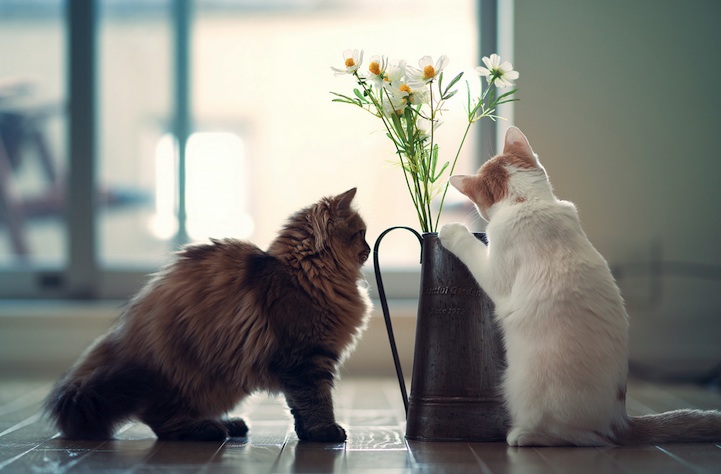 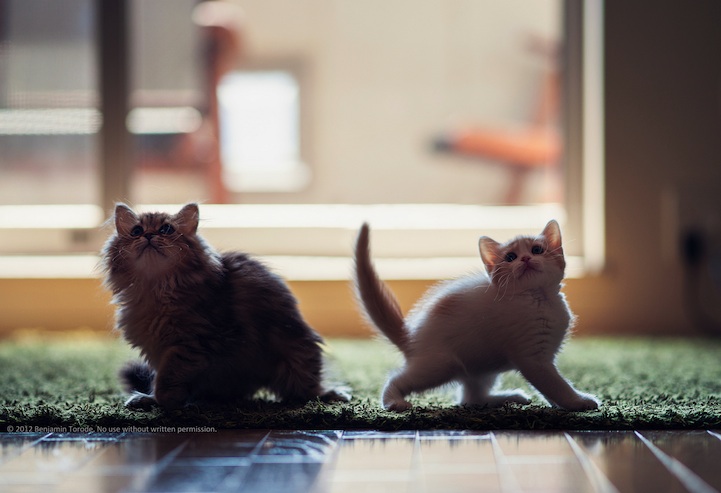 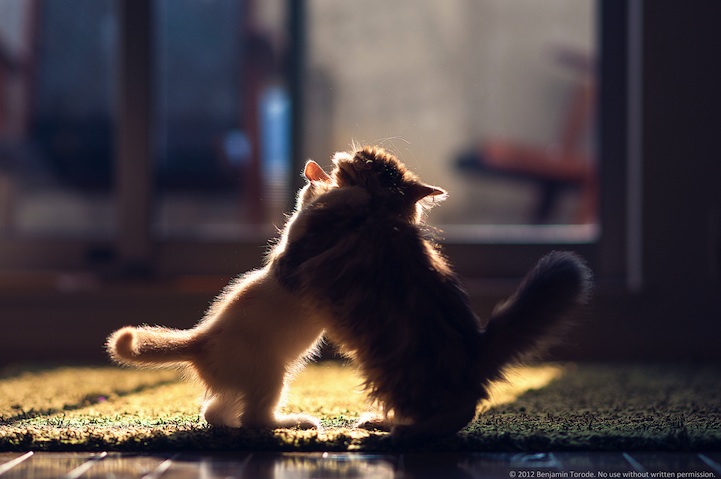 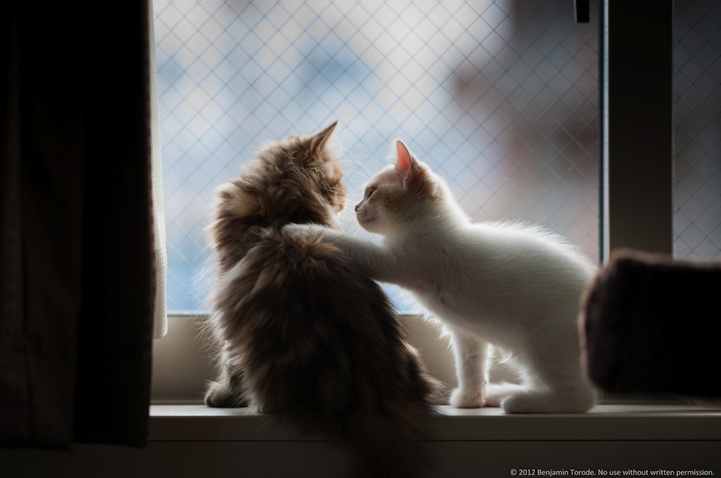 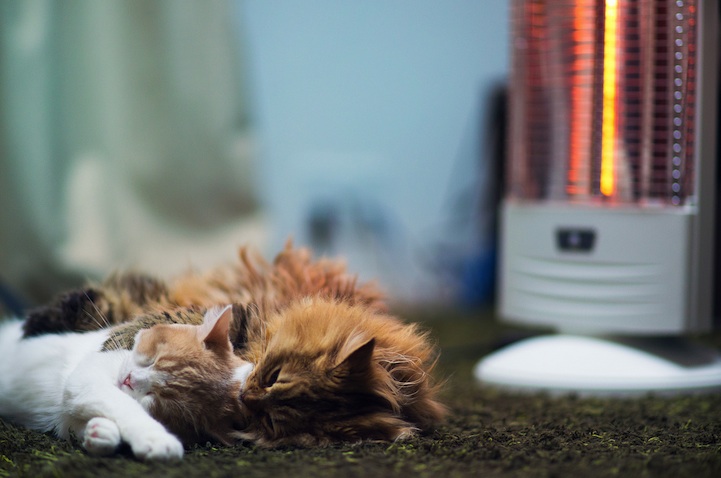 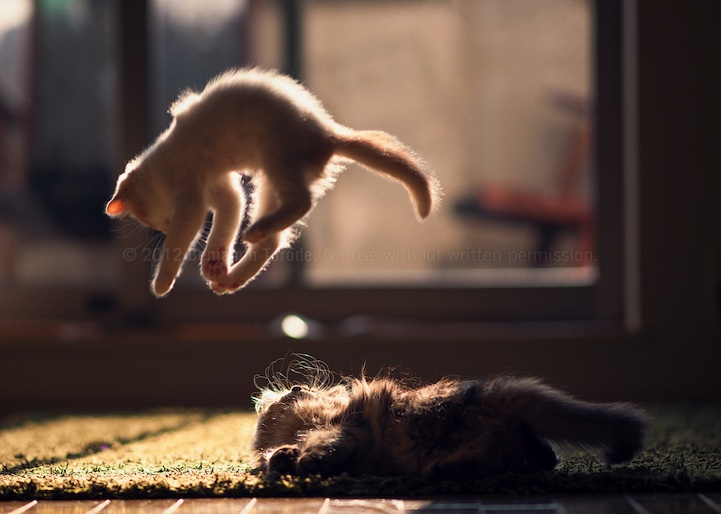 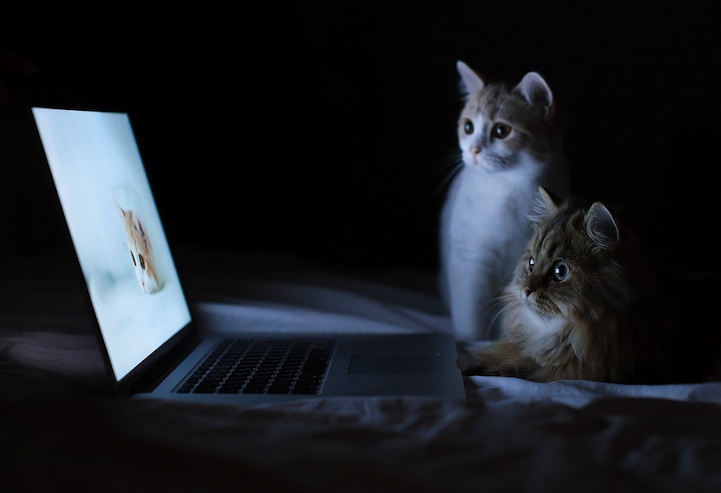 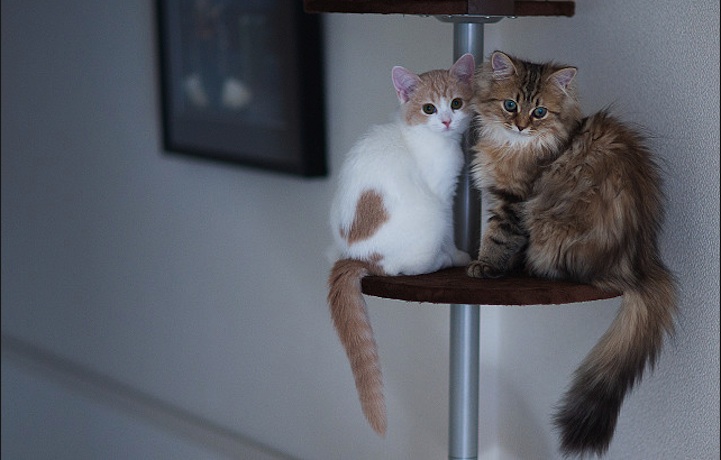 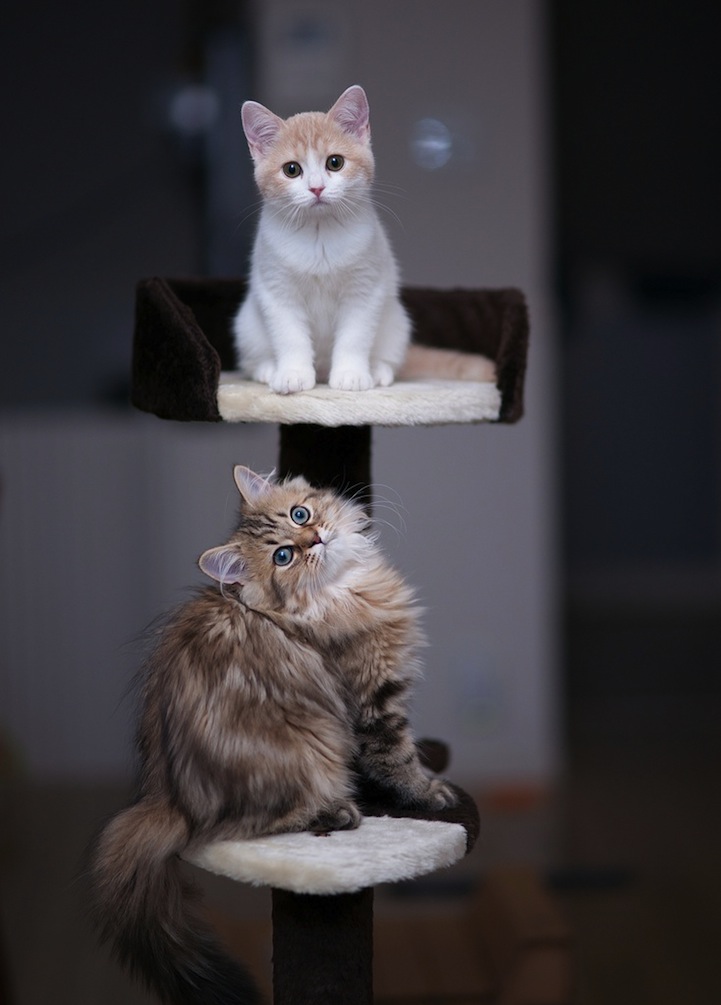 When asked what he hopes everyone gets out of these photos, Torode told us this, “For the people who watch my Flickr and Blipfoto streams, it seems the most interesting thing has been seeing these two cats slowly become accustomed to one another despite their very different traits. I'm glad we got two very different cats and I'm just happy to share the joy of owning them in a visual way.”