Interview: Photographer Poetically Captures What It’s Like Living with Depression 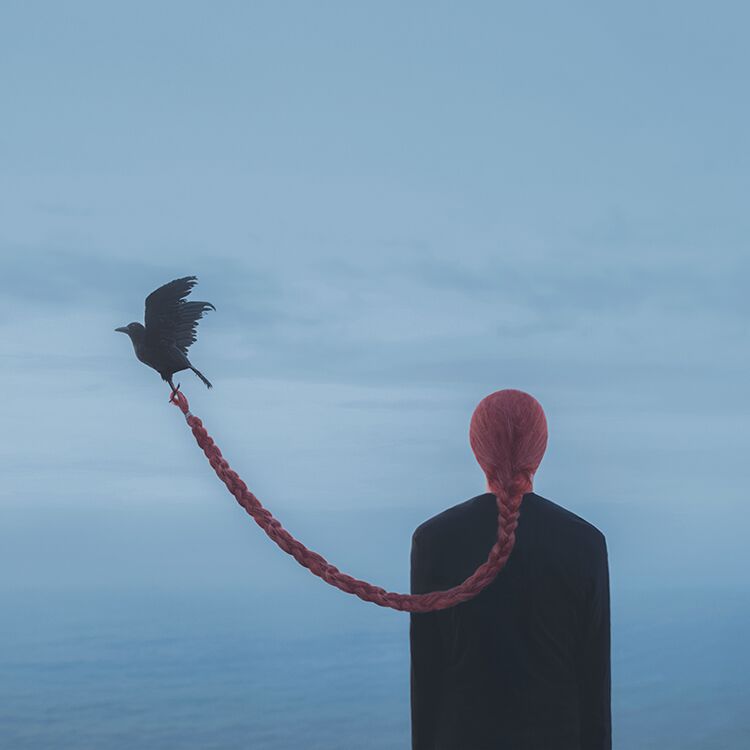 Swedish photographer Gabriel Isak turned a bleak period of his life into a compelling series of images called The Blue Journey. Stemming from a bout with depression, Gabriel uses minimalist themes and dark symbolism in this series to document the internal and external world we live in. Inspiration for the images arose from his observations of negative emotions and isolation. In The Blue Journey, he photographs anonymous figures in expansive landscapes that allow his audience to envision themselves as the subject—alone in this quiet blue world.

Gabriel's work has captivated audiences, and he has exhibited this series twice in San Francisco. We were grateful to catch up with him for a Behind The Lens look into The Blue Journey! 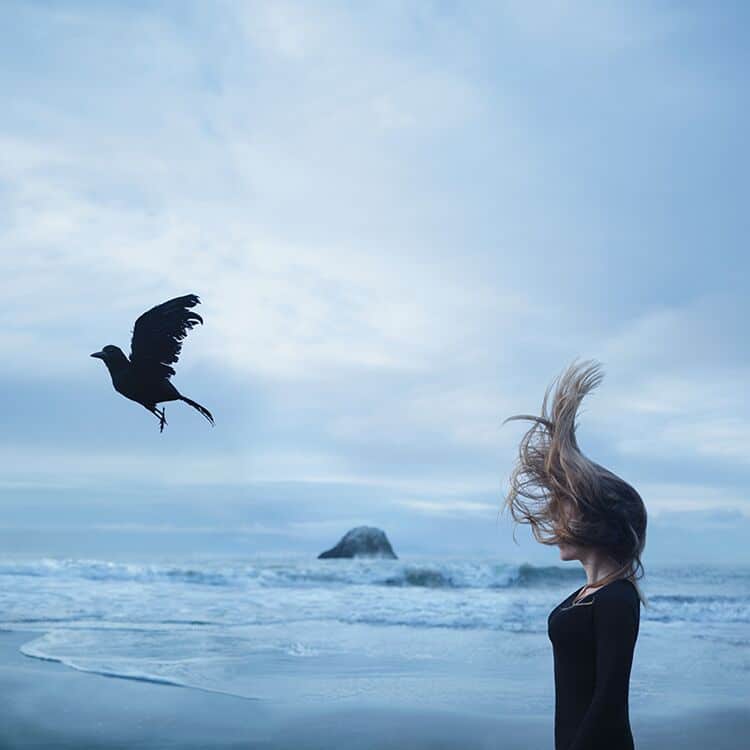 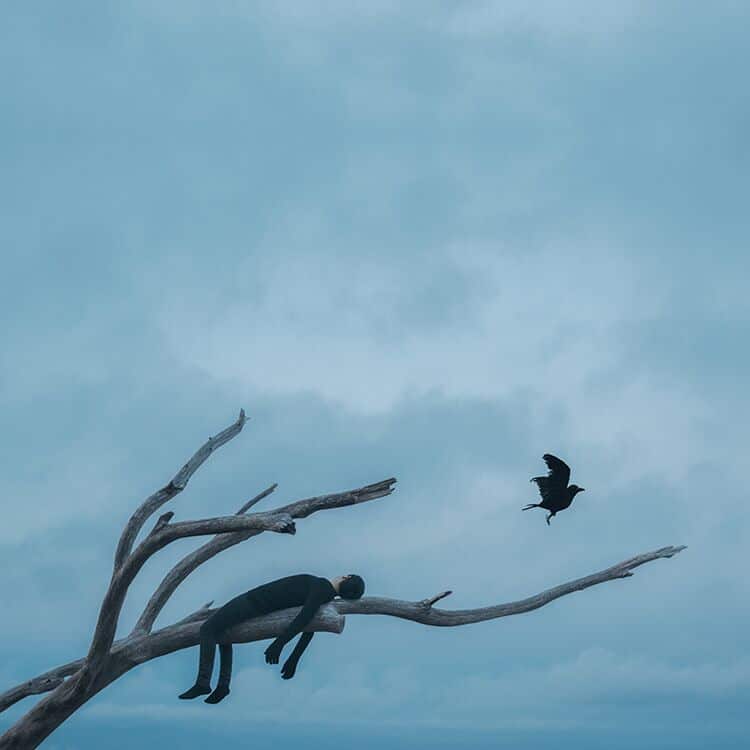 I began to explore photography at a young age and picked it up again in the middle of 2014. From there on it has slowly evolved into a medium that I use to document the internal and external world we live in.

Besides photography—which now is more work and a passion than an interest—I enjoy being outside in the nature, traveling, spending time alone as well as with loved ones, and I am always down to see a new movie or exhibit.

Where do you call home?

I would call Sweden my home. Although I have lived in San Francisco for the past five to six years, I have never felt completely home here.

The dreamlike quality The Blue Journey takes your audience through an inner journey of reflection, what inspired the series?

The series came to be just when I got into photography again, after having faced depression for about seven years. My subconscious mind inspired most of the images in the series as they all feel like small memories of what I went through during my depression. Midway through the series I also got inspired by the painter Magritte, as well as surrealistic era. 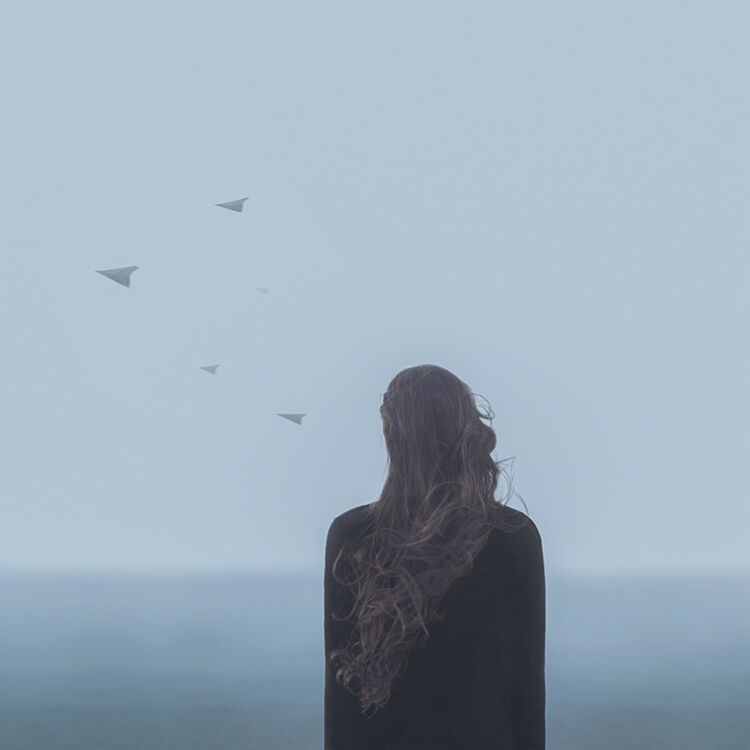 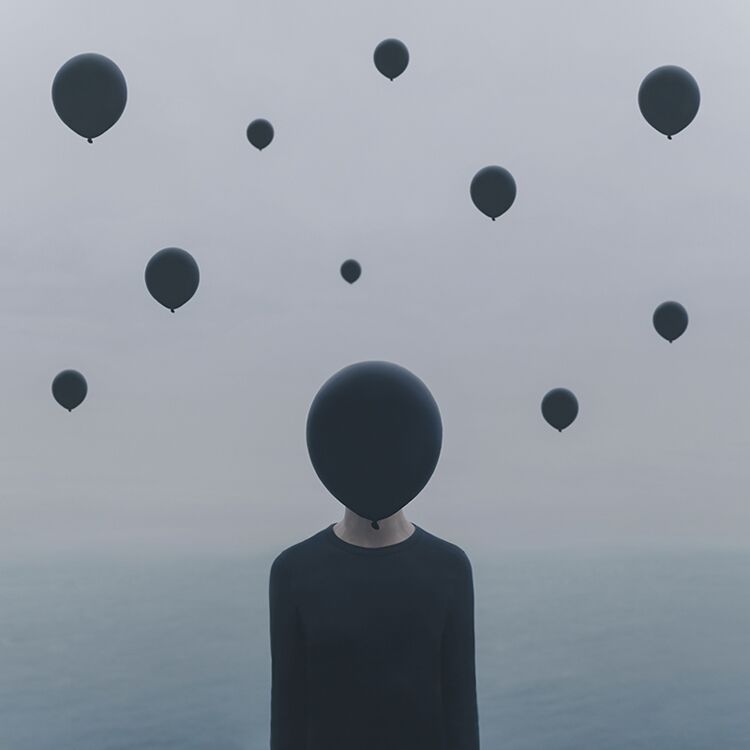 The series embodies qualities of minimalism and solitude, why is being alone important to you?

This series and a lot of my work emphasize a lot on the meaning of solitude, partly because I once went through depression and experienced what it was like to live under dark clouds, alone, for many years. Solitude can of course be a negative experience for some people, and it was for me for a long while, but I believe it is more of a lesson than anything else in life. If one can manage to live a solitary life, be content and not in need of a person to fill up the empty parts in life, then once has managed to learn one of life’s most important lessons.

How did you choose your models?

In this series hair played a big role in choosing the models. As I play with blonde, brown, red hair. I visualized how the model would be portrayed graphically in the image before taking it and chose the models using that route.

From conceptualizing to post processes, how much planning went into each shoot?

Taking the images in this series took barely any time compared to the preproduction and post processing. All of my work is always planned in advance. I start out by asking myself what story I want to create. From there I begin to brainstorm words before I sketch out how I visualize the final image. This state is where I dig up a lot from my unconscious mind. After the concept was visualized for each image I decided the location, props and finally the model. Once on location, I explain the story we will be portraying to the model with the help of my reference images and my sketches.

How did you light your photos? Do you use artificial or natural light?

All of the photos were taken under natural light. I did all my shooting under foggy, overcast conditions, or in those few magic minutes before the sun would set. 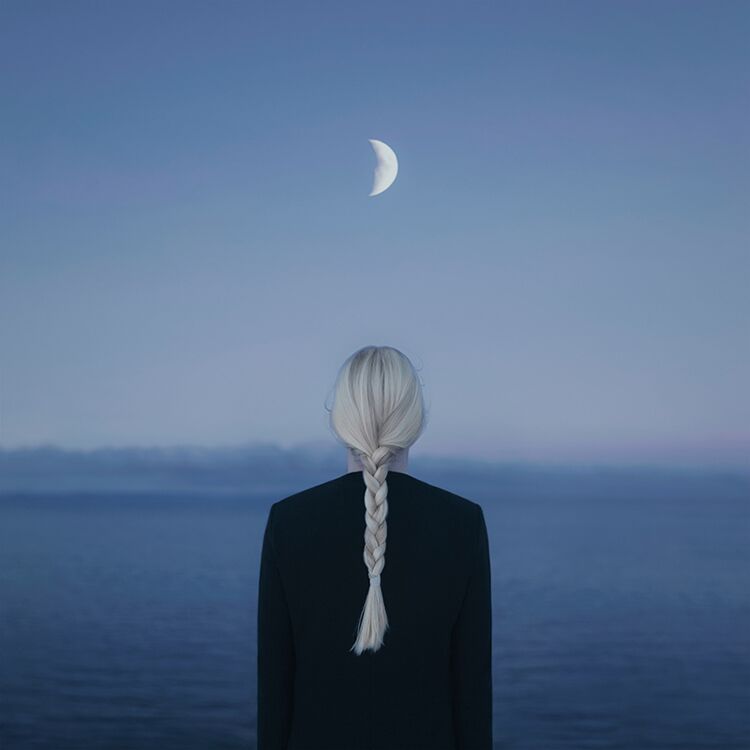 Illumination in the Dark 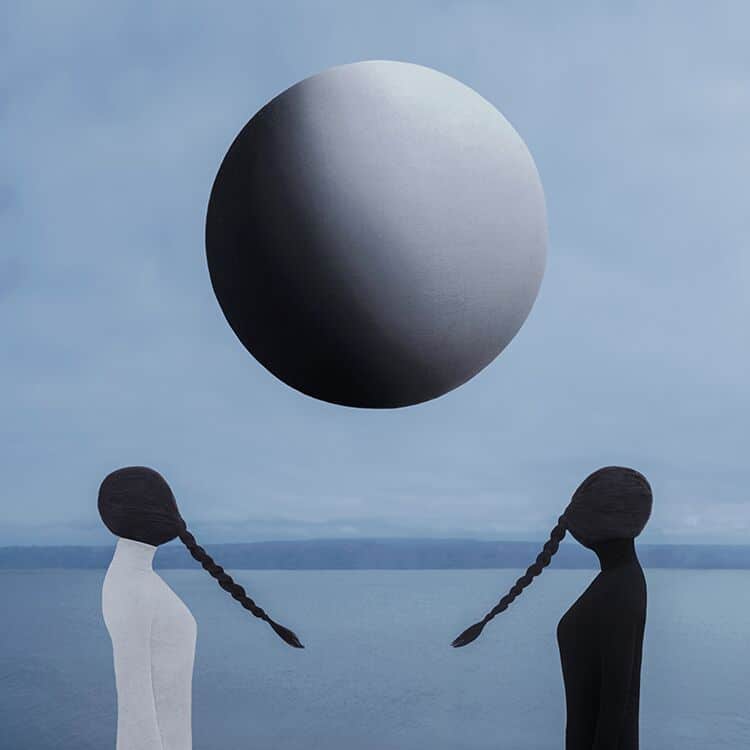 What has been your favorite shooting location?

The image Discovery at Dawn was my favorite shooting location and was taken in my hometown in Sweden, next to the lake Vattern—the lake where I spent most of my childhood. It was such a magical view to experience and the water was freezing cold while I was taking the pictures.

Is there an overall message you would like your photos convey?

I want the viewer to interact with the subjects and their internal world that are portrayed in my imagery, which in turn will allow the spectator to reflect on their own journey.

What challenges have you faced while creating this series?

The biggest challenges were definitely the weather and locations. Many times the weather would not work with me, so I had to go back and reshoot some of the images, like the photo Let Go—which was reshot three times before I finally got it the way I had envisioned. In some cases it was the location—as most of these images were taken high up on cliffs, which frightened some of my models. But in the end it all worked out!

What's a must have in your gear bag?

Definitely a self-timer, my three-legged thing tripod, and my Canon 50mm f/1.4

lens. Each came very handy for this series. 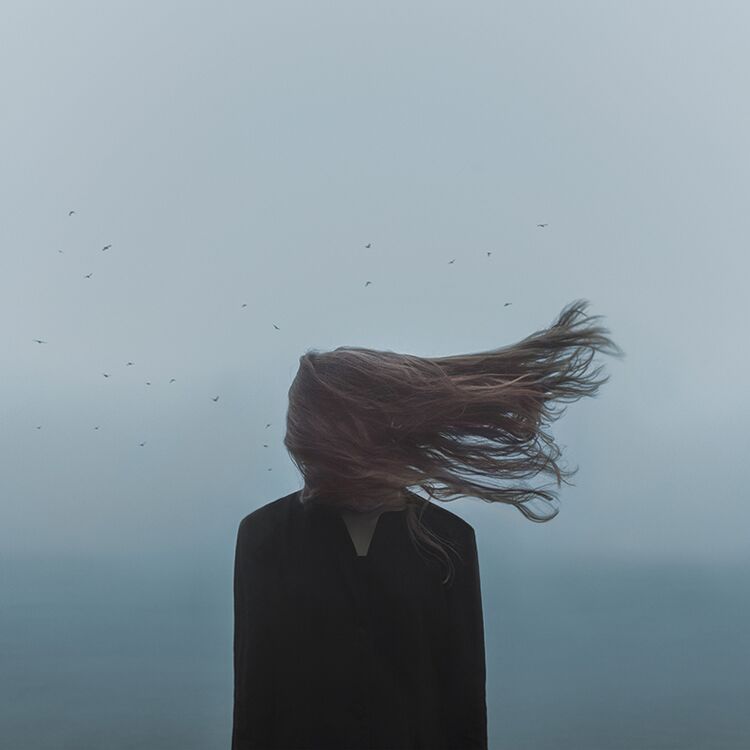 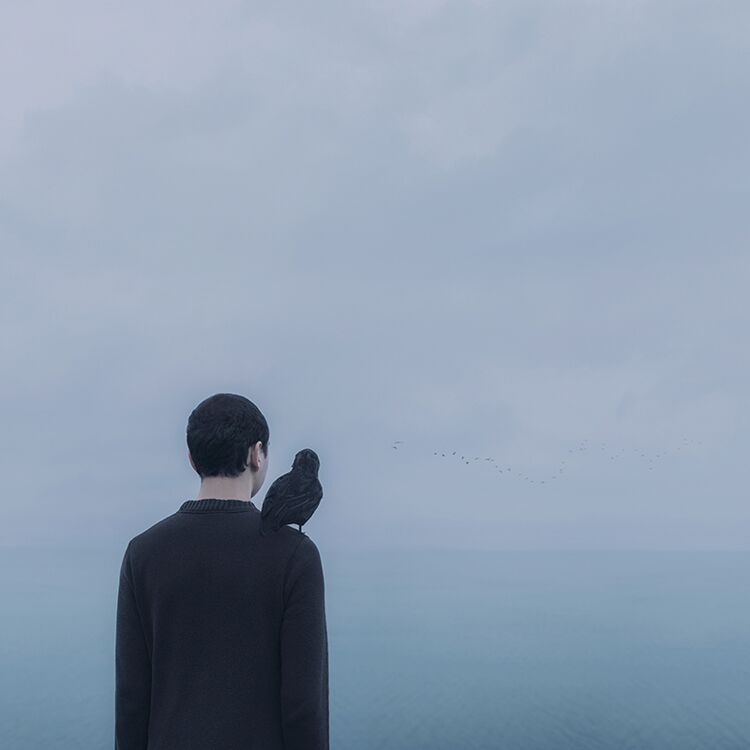 For these images I shot everything on location to get the consistent light in each image. It was very important that the lightning was pretty flat when I photographed all the shots to make the post process go fast and smooth. What took the most time in post was to composite elements into the image, such as the bird, sphere, or balloon (which were also shot on location) and placed them onto the final image.

Do you have any plans for the future of the series?

I have exhibited the series in two locations in San Francisco this fall. For now I feel the series is complete and would like to explore a new direction in my art. But I will be releasing a small limited edition book in the near future called The Blue Years which this series will be a big part of.

Do you have any other upcoming projects?

During this year I worked on some collaboration’s with other artists to create a series of images that will be released in the next few months.

If you could go back in time, what would you tell the budding photographer in yourself about what you have learned through out your photography career?

To see failures as a lesson, to learn from them and let go of the fear that holds you back from creating. 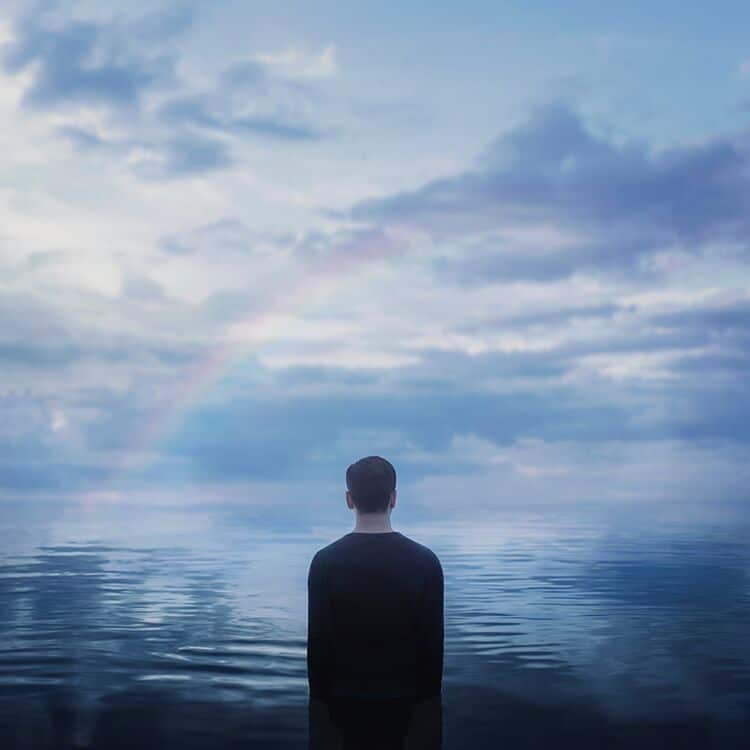 My Modern Met granted permission to use photos by Gabriel Isak.