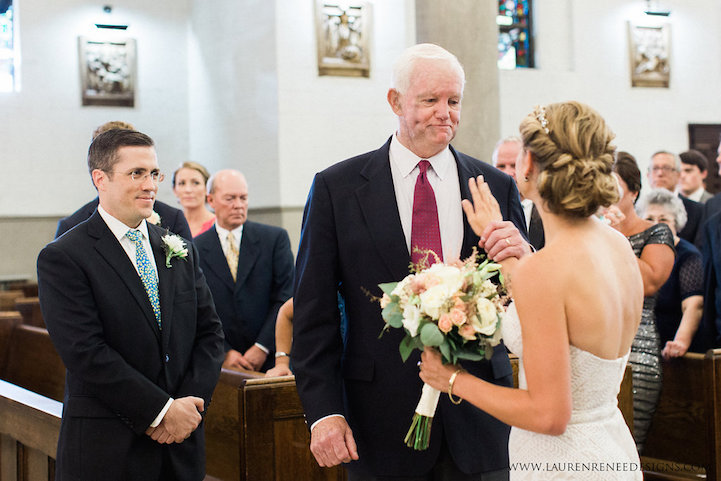 “Can you feel it?” Arthur Thomas said to Jeni Stepien as they reached the altar in a Pittsburgh church. The bride reached her hand to Thomas' chest and felt her father's heart beating for the first time in ten years. Her father, Michael, was a tragic victim during a 2006 robbery, when Jeni was 23. After he spent 24 hours on life support, Jeni's family came to terms with the situation and made the thoughtful decision to donate his organs.

Meanwhile, Thomas, who is amicably called “Tom” by the Stepiens, had been waiting close to ten years for a heart transplant. He needed one fast and, like a miracle, Michael's came to him just in time. Stepien explains, “He was going to die if he did not receive a new heart in the next several days.”

Thomas wrote a note of gratitude to the Stepiens and they kept in touch ever since, though they'd never met face-to-face. It wasn't until Jeni and her fiancé, Paul, were beginning to plan their wedding that they considered the perfect opportunity to meet. “When my fiancé proposed, one of the first things I thought of was ‘but who will walk me down the aisle?’” Stepien recalled. “I could think of nobody more meaningful than Tom.”

Nervous as Jeni was, the 72-year-old Thomas graciously accepted the invitation. Jeni spoke of Thomas' effect on her family: “My mother was very touched by the idea also and thought it was a very appropriate gesture to honor my father. I knew how important it would be for her and my sister to receive this piece of closure by finally meeting Tom as well. I wanted to make the day special for everyone, not just for myself.” The August 6th wedding was a joyous occasion for both the Stepiens and Thomas, who told CBSNews: “What a greater honor could a person have than walking the daughter of the man who's given his heart to him?” On that special day, both Thomas and Michael were there for Jeni in body and spirit. 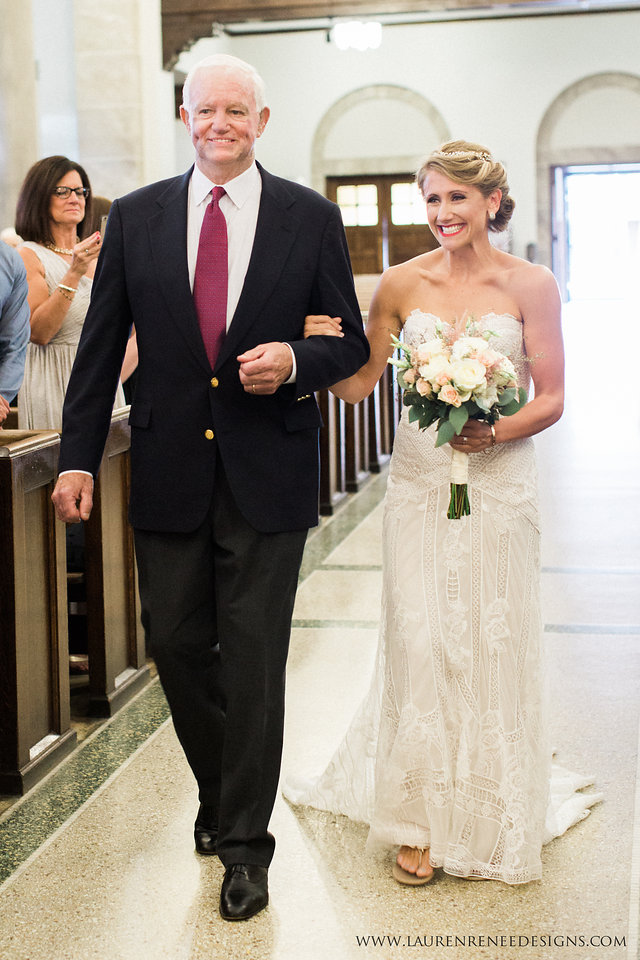 Ultimately, Jeni says that she hopes her story sends a message to others that organ donations do matter. “Organ donation can provide an opportunity for a second chance at life. It is an exceptional gift, one that is selfless and generous, and always appreciated by the recipient,” she told Huffington Post. “We were able to see how wonderfully Tom was progressing all of these years, simply thriving, and [that] in turn, helped us with our own grief.” The life and spirit captured in Lauren Renee Designs‘ photographs tell it all: in the end, treat everyone as if they're family. They might just become one of yours. 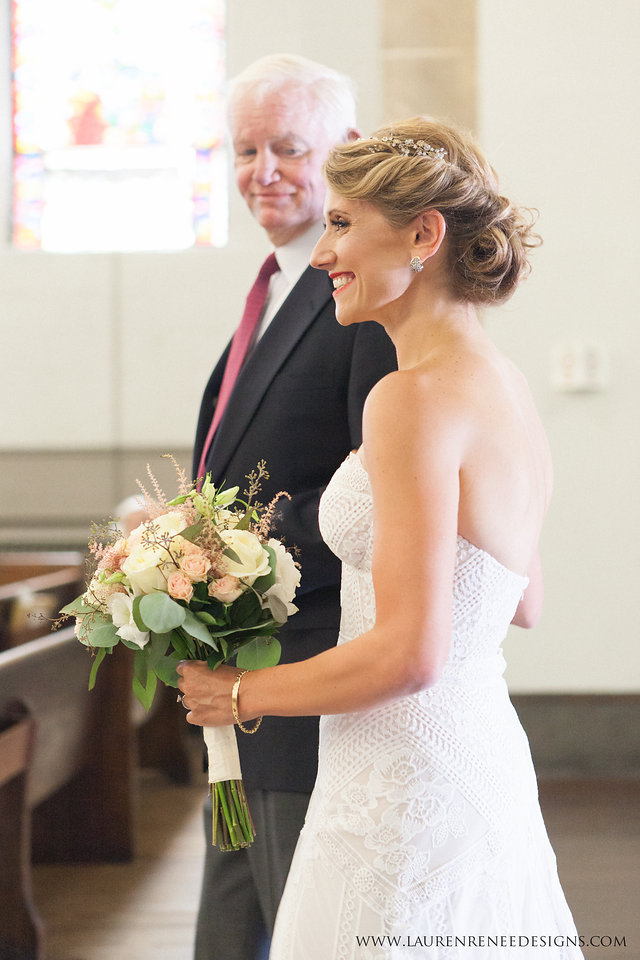 All images via Lauren Renee Designs.