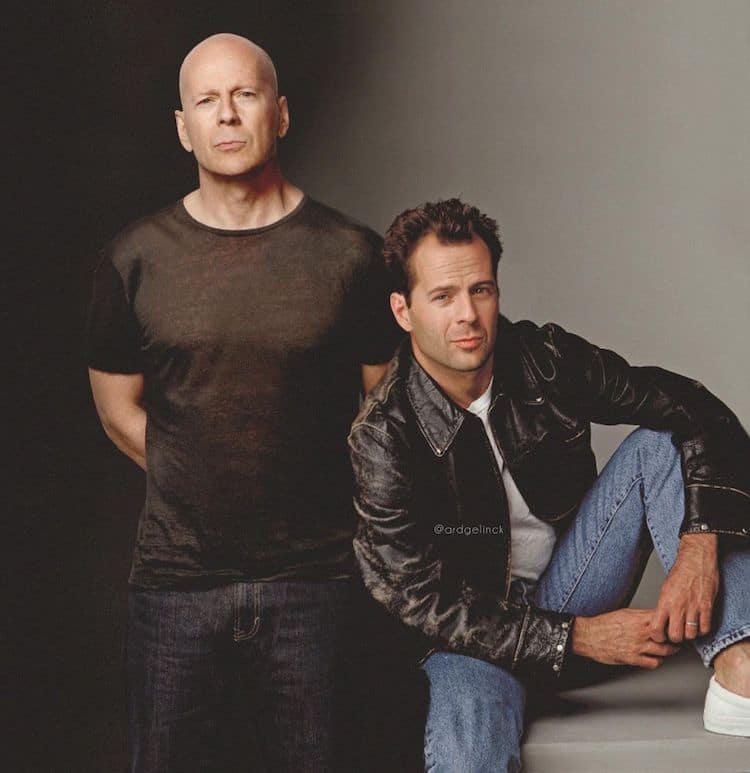 Bruce Willis is a person who likely needs no introduction. After all, the 67-year-old actor has had a career that has spanned generations. He got his start in off-Broadway productions in the late 70s and rose to fame via the television show Moonlighting in 1985. Since that time he’s been part of over 100 films, including the iconic Pulp Fiction as well as Die Hard, arguably the best movie to watch during Christmas time.

For many folks, Willis has been a staple of Hollywood for as long as they could remember. That’s why, when his ex-wife Demi Moore announced that he was retiring from acting, fans were shocked and saddened. Willis has been diagnosed with aphasia, a disorder that affects the brain’s language center and hinders a person’s ability to understand and express speech. Because of the challenges he faces, Willis has decided to step away from his long career.

Willis is retiring earlier than many thought, so it’s time to celebrate his contributions to the world of acting. Born in West Germany to a father who was an American soldier, the family relocated to New Jersey when Willis was very young. He spoke with a stutter, but he found that it was reduced with acting. Willis joined the drama club in high school and eventually made his way to New York City, where he supported himself by bartending while trying to catch his big break—which happened on the small screen.

The television series Moonlighting, in which Willis played lead David Addision Jr., was a success that earned him an Emmy Award and Golden Globe. Over the course of five seasons, it established him as a comedic actor and led to roles in feature films. His status as an action movie hero was cemented as John McClane in Die Hard—a franchise that would eventually span multiple films.

Willis landed more starring roles in classic films including The Fifth Element, Armageddon, and The Sixth Sense. He never stopped appearing on television, and he won an Emmy for Outstanding Guest Actor in a Comedy Series for appearing on Friends.

During the 2010s, Willis continued to act and appeared in many direct-to-video action thrillers. This has continued through today; even with news of his retirement, Willis has still many films in post-production that are yet to be released. So, there are still new ways to watch his work in the near future.

Moore was one person in Willis' family to announce his retirement. “To Bruce’s amazing supporters, as a family we wanted to share that our beloved Bruce has been experiencing some health issues and has recently been diagnosed with aphasia, which is impacting his cognitive abilities,” she wrote on Instagram. “As a result of this and with much consideration Bruce is stepping away from the career that has meant so much to him.” She shared about how it was challenging for the entire family, from the kids they shared to Willis’ wife Emma Heming Willis. Moore ended with, “As Bruce always says, ‘Live it up’ and together we plan to do just that.”

Bruce Willis is retiring from his career as an actor.

He has been diagnosed with aphasia, a disorder that affects the brain’s language center and hinders a person’s ability to understand and express speech.

It's now time to celebrate Wills' accomplishments as an actor. He rose to fame in the television show Moonlighting.

This led him to feature films, to which he's been in over 100 since the 1980s. Die Hard cemented his place as an action-movie hero.

He also had starring roles in iconic movies including The Fifth Element, Pulp Fiction, and The Sixth Sense.

Willis never stopped appearing on television, and he won an Emmy for Outstanding Guest Actor in a Comedy Series for appearing on Friends.

Even with news of his retirement, Willis has still many films in post-production that are yet to be released. So, there are still new ways to watch his work in the near future.