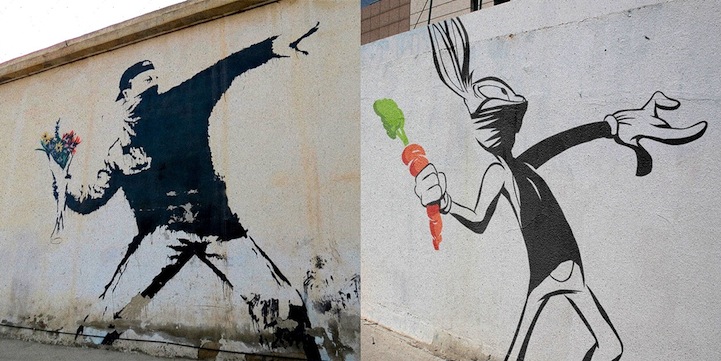 Banksy may have made a name for himself with his iconic street art, but Brazilian artist Butcher Billy is giving us a new take on the graffitist's work with some equally iconic characters. Using a cast of well-known cartoon characters as his subjects–including Bugs Bunny, Rosie the Robot, Tweety Bird, Fred Flintstone and Barney Rubble–Butcher Billy playfully recreates Banksy's politically-driven street art as whimsical renderings with a heavy dose of nostalgia.

This series, titled Butcher Billy Bullies Banksy, is part of the artist's adult coloring book by the same name. For the time being, it is viewable on Behance, but you can keep up to date with Butcher Billy's progress on Facebook. 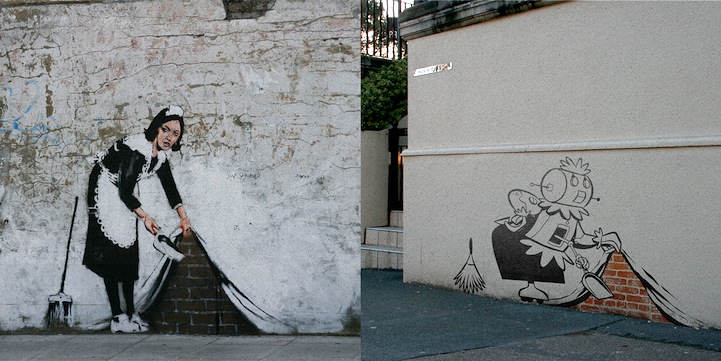 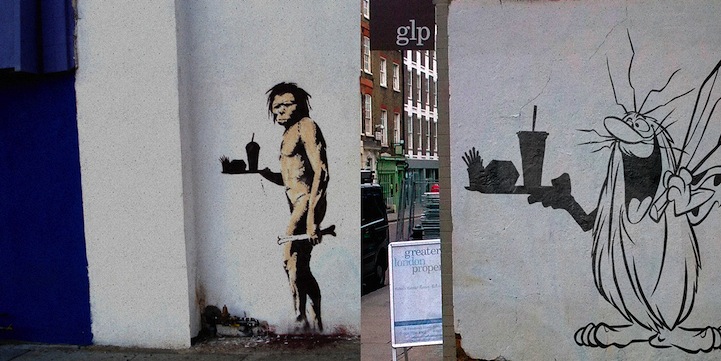 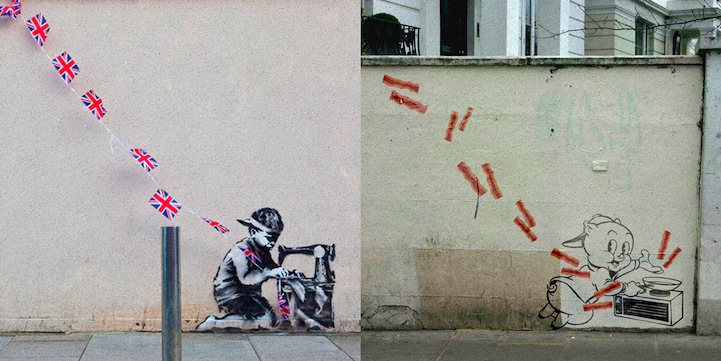 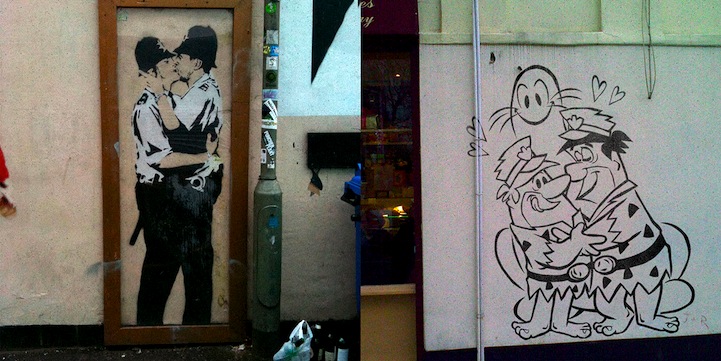 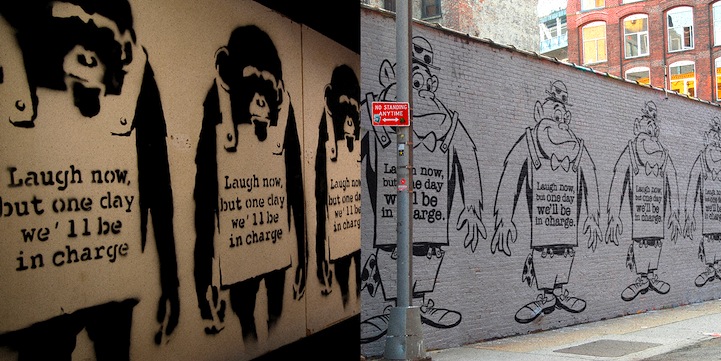 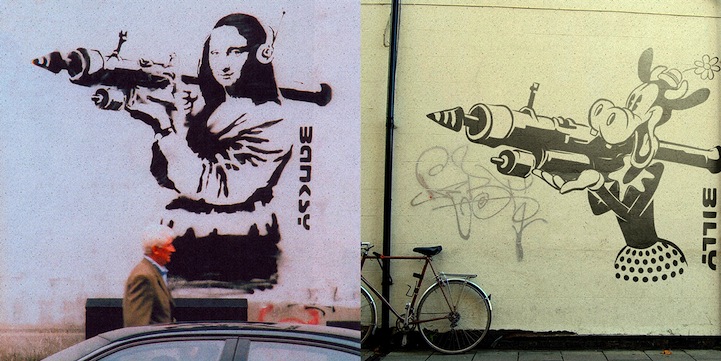 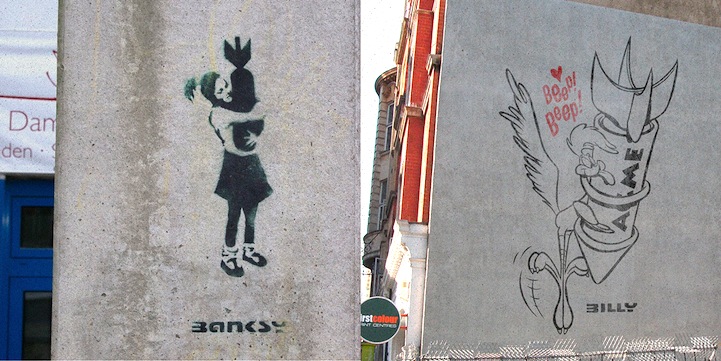 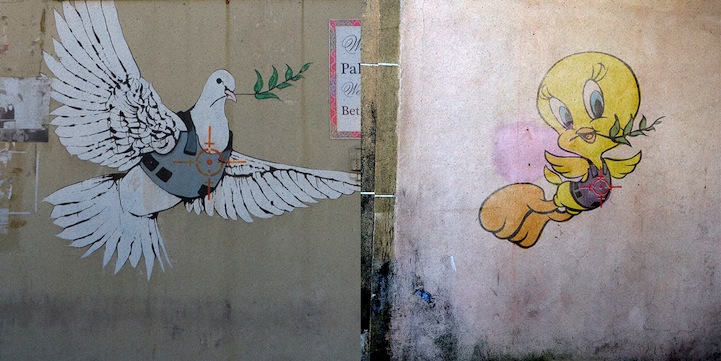 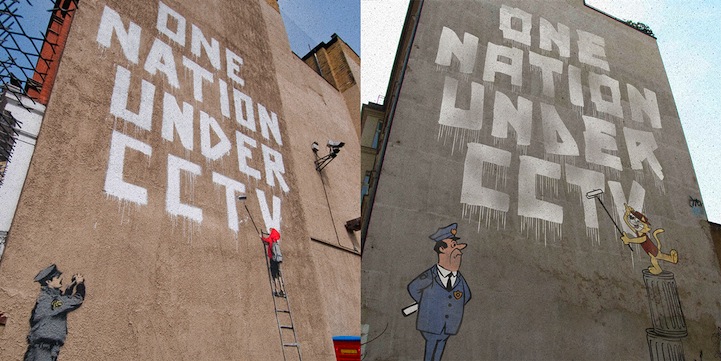