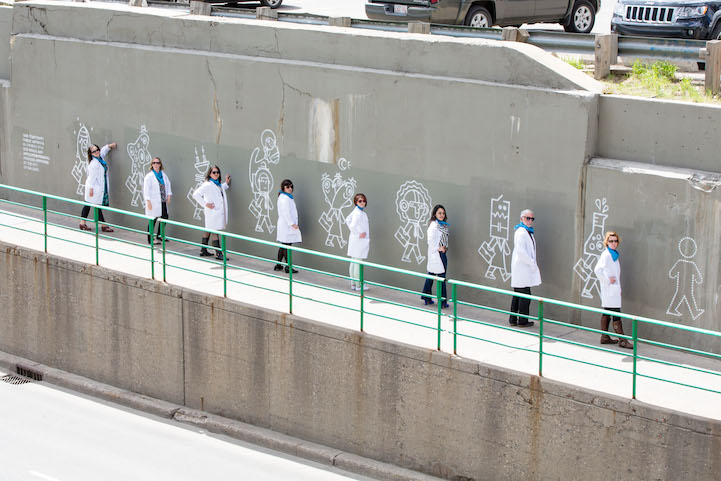 To get you excited for Beakerhead, the annual art meets science meets engineering event, the City of Calgary worked with artist Michael Mateyko and Hans Thiessen, also known as Komboh, in creating “green graffiti” on two busy downtown underpasses. The eco-chalk graffiti art is a “ramp-up” to the September citywide happening that brings out tens of thousands of people to celebrate creativity at the crossroads of art, science and engineering. From September 10 to September 14, Calgary will come alive through dozens of events including outdoor installations, street parades, and robot-led performances. You may remember our on-the-ground coverage from last year's inaugural event.

The green graffiti uses eco-chalk, which is environmentally friendly in both the composition, application and removal processes. Unlike most graffiti, this application and its eventual removal was approved in advance by the City of Calgary.

“Think of this as a call-out for creativity. Creativity is in everyone, and shows up in every imaginable form. It may or may not show itself in our day jobs,” says Mateyko. “So Beakerhead asked us to help inspire people to ‘Let Go.' We were thrilled to help out.”

Jay Ingram, co-founder of Beakerhead and one of Canada's most well-known personalities bringing science into popular culture adds, “Creativity in any form is exciting, but somehow it becomes incandescent when you bring together scientists, engineers, artists and makers. We think there's room for everyone at that fabulous crossroads.” 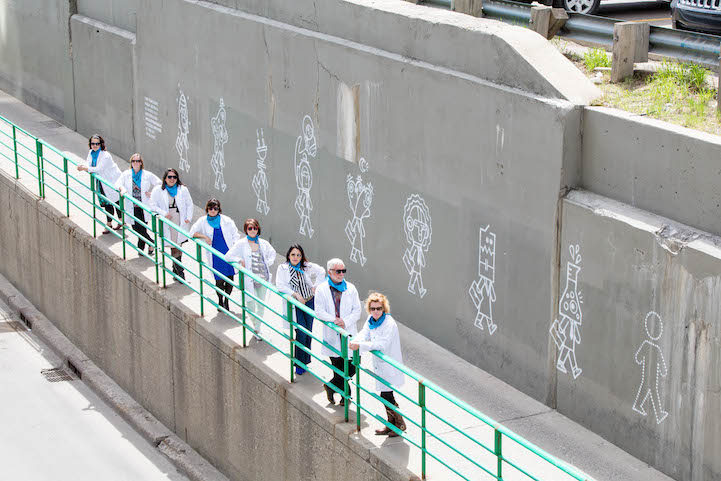 Some of the brilliant minds behind Beakerhead, including co-founders Jay Ingram and Mary Anne Moser (right). 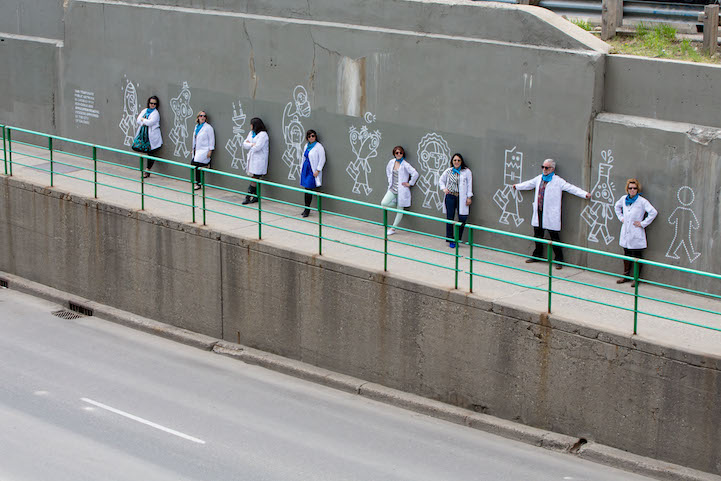 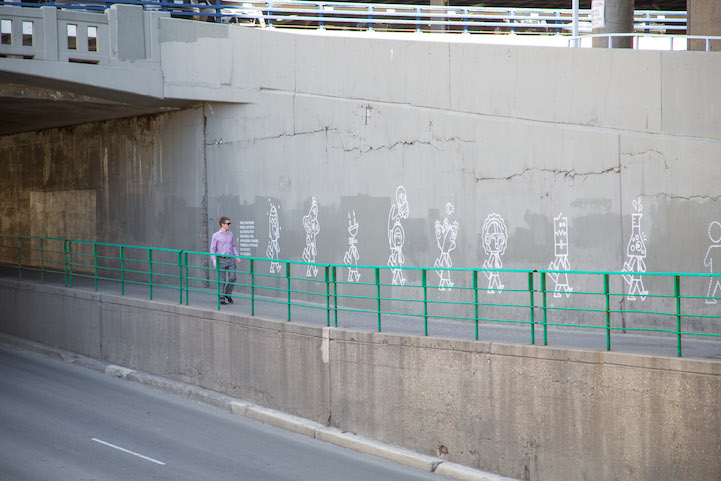 The artists wanted to use reverse graffiti (water graffiti) but Calgary underpasses are too clean and so eco-chalk, imported from the US, had to be used instead. 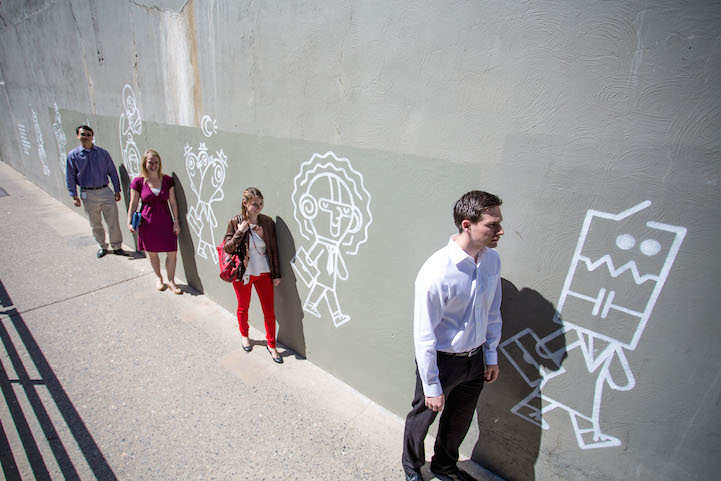 These four office workers were totally random commuters wanting to have a bit of fun. 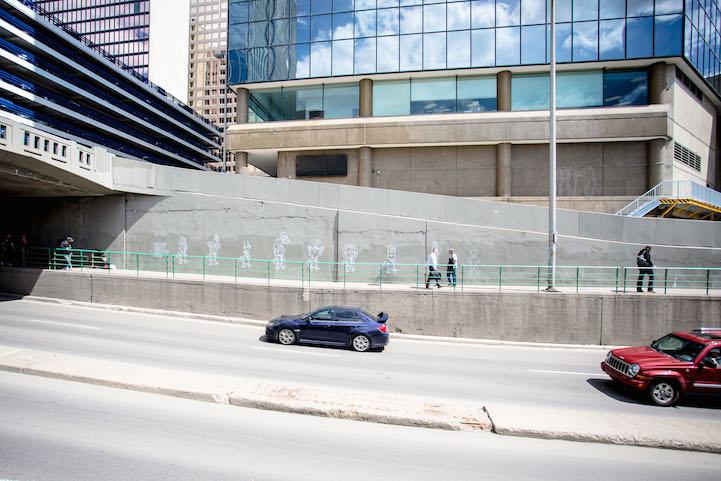 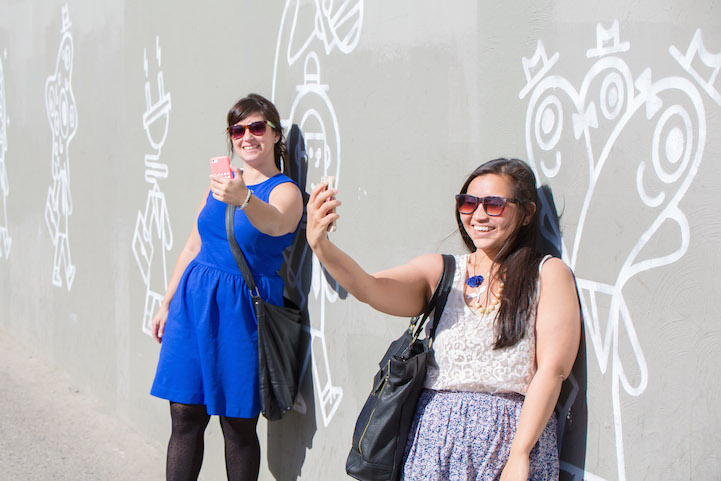 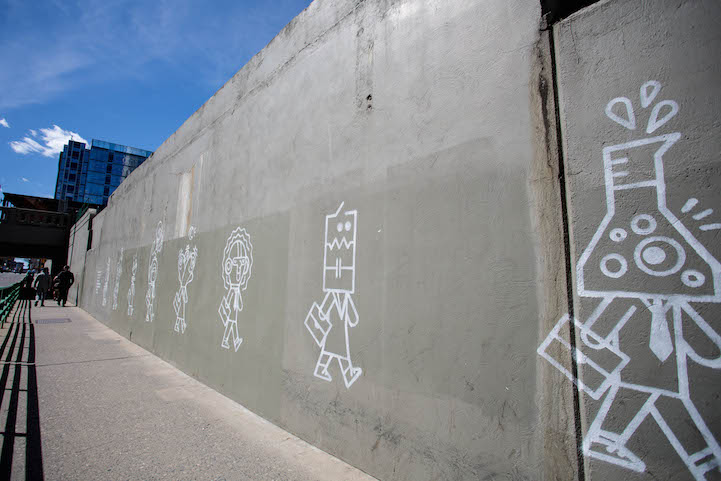 The eco-chalk will be removed using a big vacuum so the water/chalk doesn't mix into the Calgary water system. 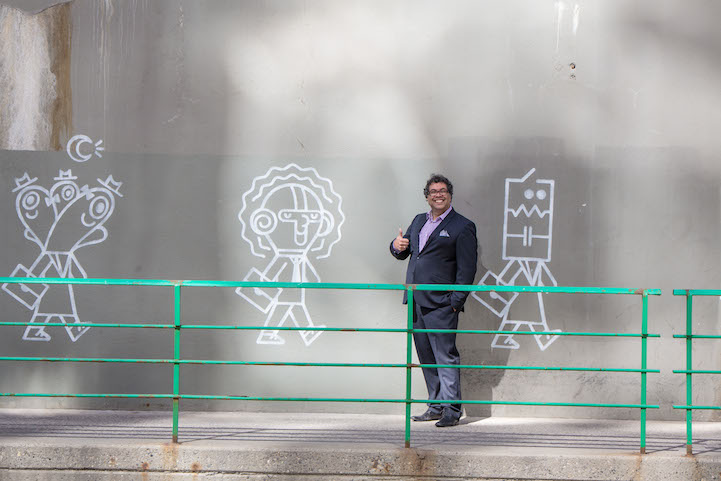 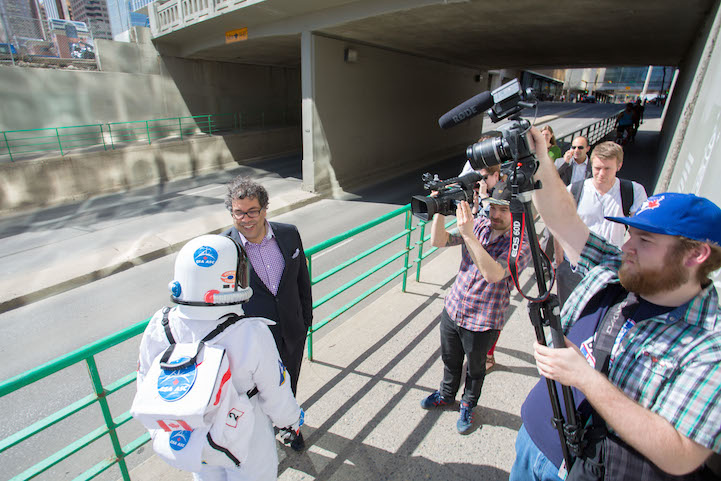 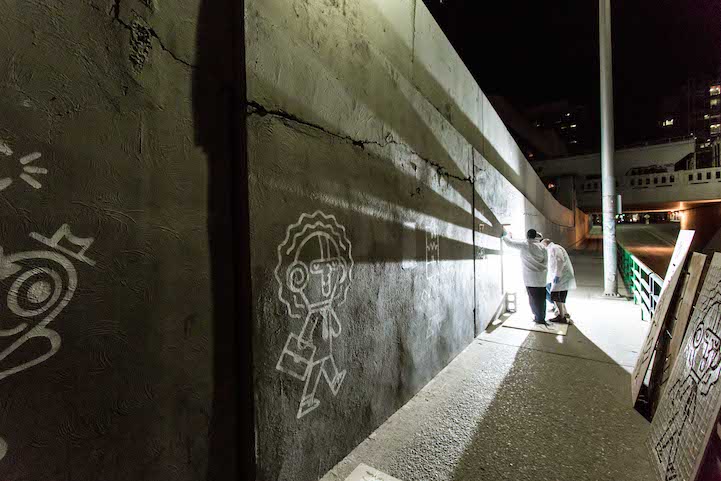 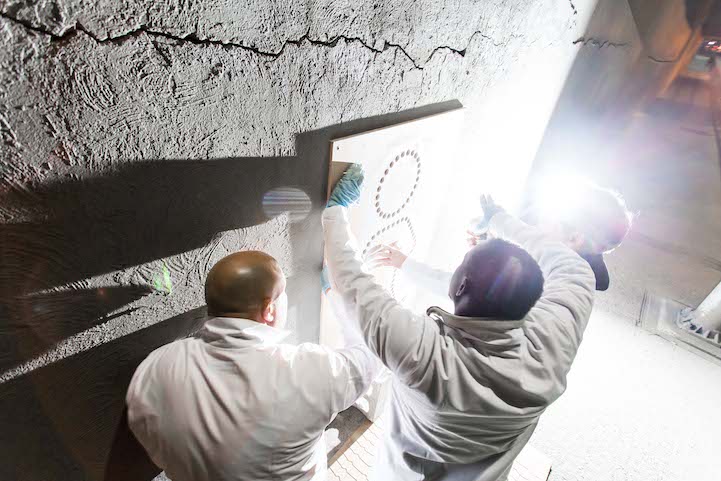 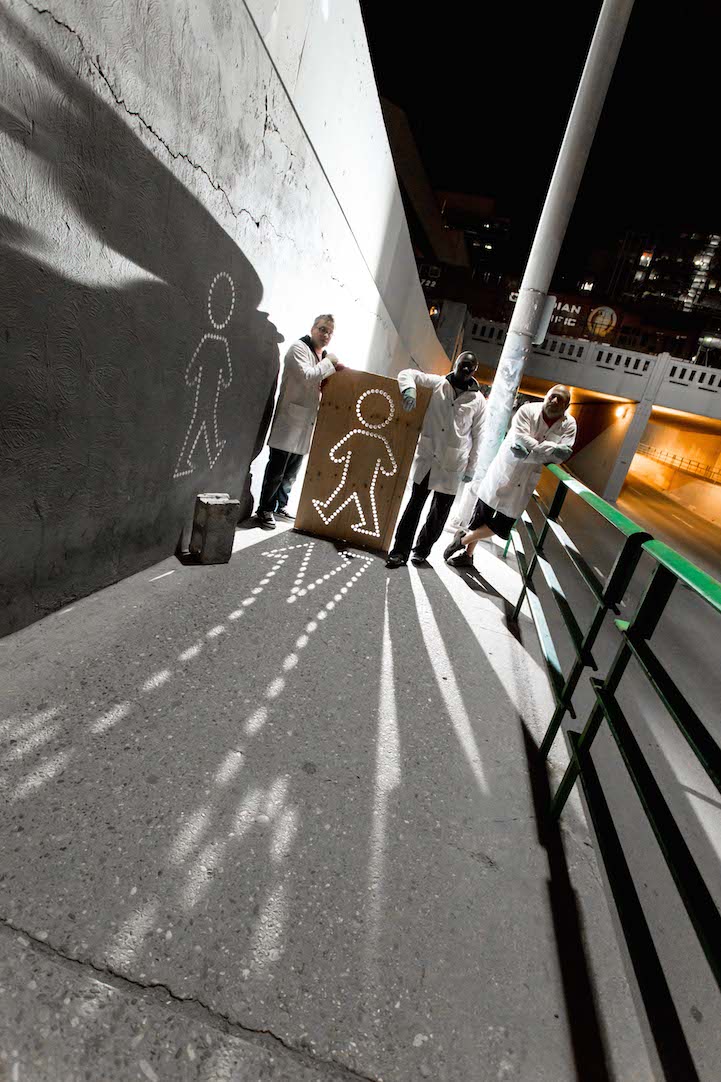 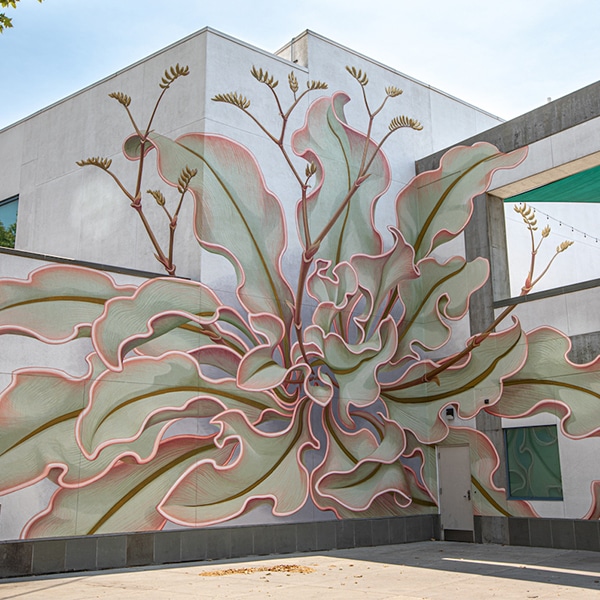