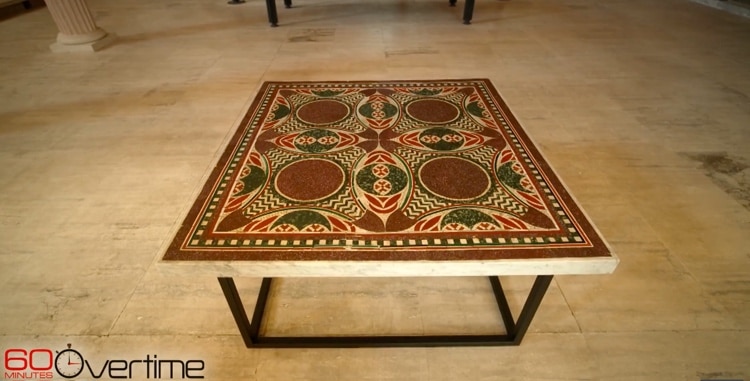 In a case of life being stranger than fiction, a long-lost ancient mosaic was discovered in a Manhattan apartment, where it was being used as a coffee table. It's a remarkable story that returned the ancient Roman mosaic—which was created for Emperor Caligula‘s party ship—to its rightful home. If not for a series of coincidences, it would have remained in the home of art dealer Helen Fioratti, who had no idea of its incredible origins.

Fioratti says that she and her husband purchased the mosaic from an Italian noble family in the 1960s. They then mounted it on a stand, transforming the artifact into their coffee table. And the mosaic held that function until just a short time ago. It wasn't until Helen and a friend attended the 2013 book signing of Professor Dario del Bufalo that fate intervened.

Del Bufalo is an expert on stone sculpture and was promoting his book Porphyry. While signing copies, he saw a man and woman flipping through the book. When they got to a page with a photo of a Roman mosaic that had disappeared during World War II, the man exclaimed, “Oh, Helen, look, that's your mosaic.” Del Bufalo told the whole story to Anderson Cooper on 60 Minutes, explaining how this chance encounter resulted in the recovery of this precious artifact. 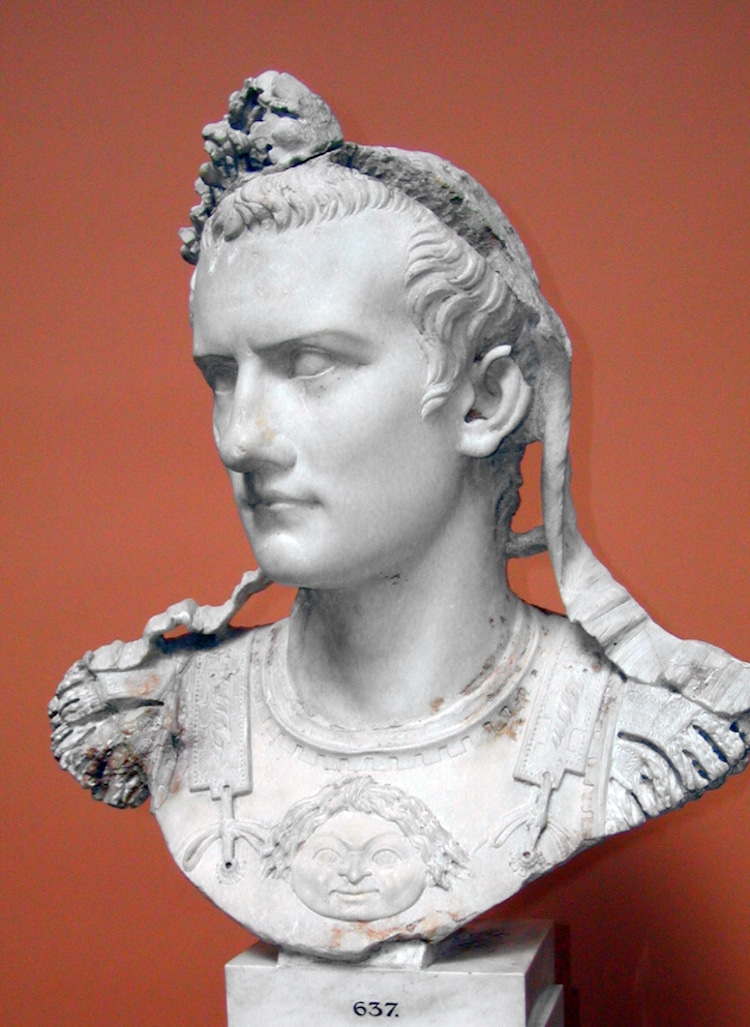 The mosaic is all the more important because it belonged to Caligula. This controversial emperor of Rome had a short reign that ended in his assassination. Characterized by some as “insane,” he was largely wiped from history after his death. But, in 1930, two large ships were discovered at the bottom of Lake Nemi, just outside of Rome. These were pleasure boats built by Caligula, with the larger boat acting as a floating palace. The remains of these ships are located in the same museum that houses the mosaic. In fact, the mosaic was actually the dance floor of one of the ships.

Fioratti, who turned over the table to the Italian authorities at their request, may now be without her coffee table but she certainly has an incredible story to tell. Luckily for her, Del Bufalo has offered to have a replica produced for her, so that she can continue enjoying the piece in her home.

Hear the story of how Caligula's mosaic ended up as a coffee table in a Manhattan apartment.