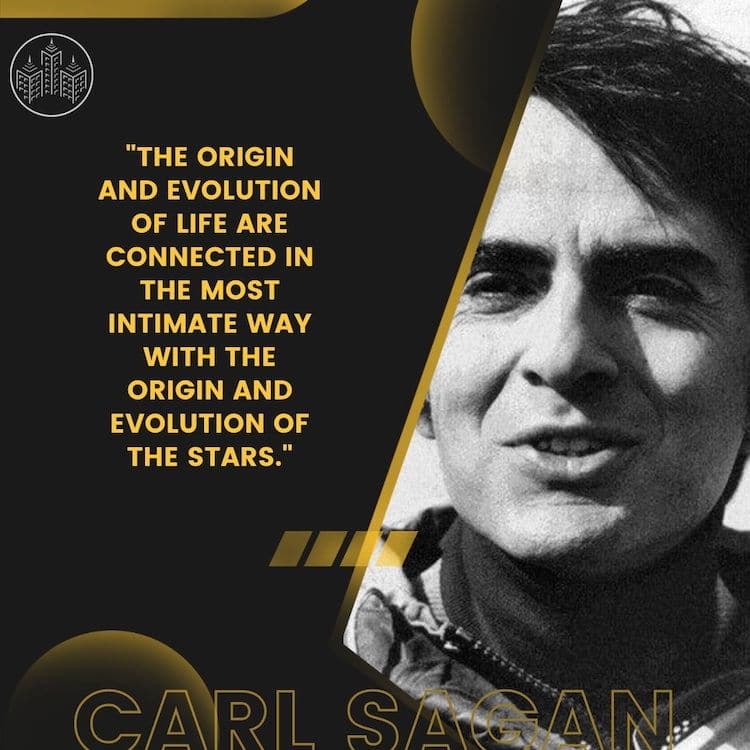 American astronomer, cosmologist, and author Carl Sagan is known for popularizing science thanks to his hit television series Cosmos. At least 500 million people around the globe tuned in to the 13-part PBS series, which focused on everything from the Origins of the Universe to different concepts of intelligence. As the narrator, Sagan became the voice that people associated with scientific exploration.

Until his death in 1996, Sagan was a prolific academic. As a Professor of Astronomy and Space Sciences at Cornell for most of his career, he wrote more than 600 scientific papers and articles. He also authored numerous books, including Cosmos to accompany the television show, as well as Pale Blue Dot and The Dragons of Eden. He even dabbled in science fiction, writing the novel Contact, which later became a movie starring Jodie Foster.

Sagan is well-known for advocating research on extraterrestrial life. He actually worked with NASA to create special messages for extraterrestrials that were placed on the Pioneer and Voyager spacecrafts. A true intellectual, Sagan wrote about many subjects, including global warming. He encouraged humans to value their worth but to realize how small they were in the grand scheme of the universe.

He was also a big advocated of scientific skepticism and pushed people to use critical thinking when evaluating scientific theories. There is much to be learned from focusing on some of Carl Sagan's most famous quotes. As such a prolific thinker, his writings are vast, but we've narrowed them down to some of Sagan's best quotes about life, learning, and the universe.

Here are 15 Carl Sagan quotes to help you ponder the mysteries of the universe. 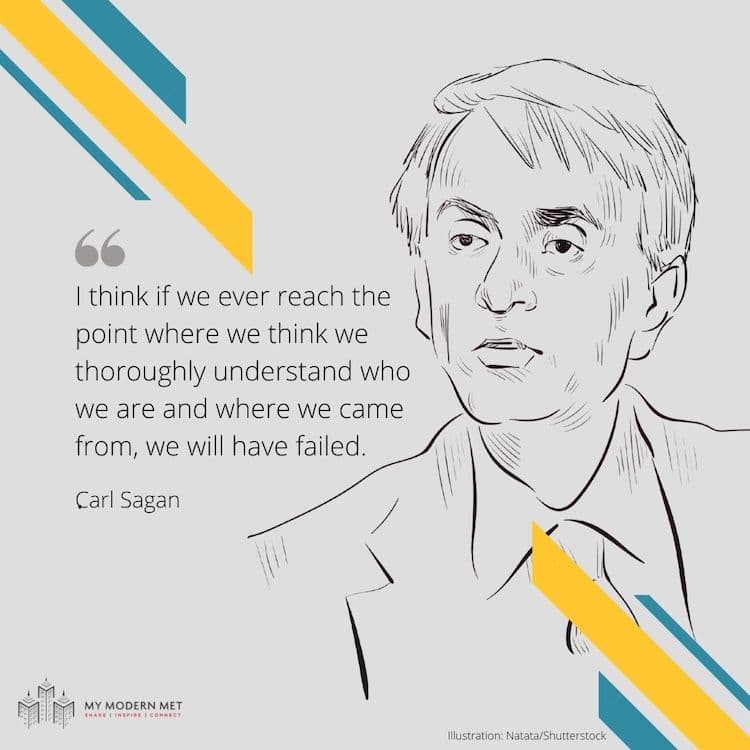 “The Earth is a place. It is by no means the only place. It is not even a typical place. No planet or star or galaxy can be typical, because the Cosmos is mostly empty. The only typical place is within the vast, cold, universal vacuum, the everlasting night of intergalactic space, a place so strange and desolate that, by comparison, planets and stars and galaxies seem achingly rare and lovely.” – Cosmos

“For small creatures such as we, the vastness is bearable only through love.” – Contact

“I think if we ever reach the point where we think we thoroughly understand who we are and where we came from, we will have failed.” – The Varieties of Scientific Experience

“Science is not only compatible with spirituality; it is a profound source of spirituality.” – Demon-Haunted World: Science as a Candle in the Dark

“We live on a hunk of rock and metal that circles a humdrum star that is one of 400 billion other stars that make up the Milky Way Galaxy, which is one of billions of other galaxies which make up a universe which may be one of a very large number, perhaps an infinite number, of other universes. That is a perspective on human life and our culture that is well worth pondering.” – interview with Ted Koppel, Nightline

“The visions we offer our children shape the future. It matters what those visions are. Often they become self-fulfilling prophecies. Dreams are maps.” – Pale Blue Dot 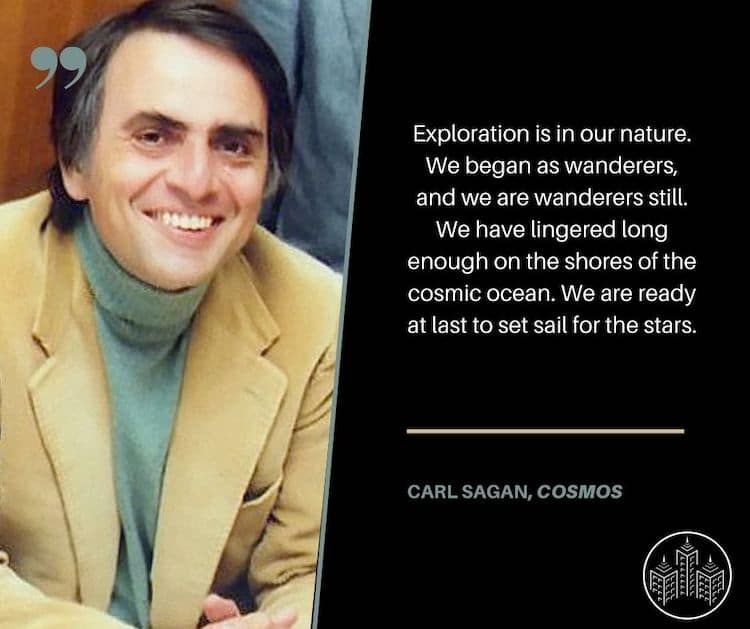 “Exploration is in our nature. We began as wanderers, and we are wanderers still. We have lingered long enough on the shores of the cosmic ocean. We are ready at last to set sail for the stars.” – Cosmos

“If we long for our planet to be important, there is something we can do about it. We make our world significant by the courage of our questions and by the depth of our answers.” – Cosmos

“[T]he prediction I can make with the highest confidence is that the most amazing discoveries will be ones we are not today wise enough to foresee.” – Billions and Billions: Thoughts on Life and Death at the Brink of the Millennium

“Knowing a great deal is not the same as being smart; intelligence is not information alone but also judgment, the manner in which information is coordinated and used.” – Cosmos

“Writing is perhaps the greatest of human inventions, binding together people, citizens of distant epochs, who never knew one another. Books break the shackles of time, proof that humans can work magic.” – Cosmos

“It is sometimes said that scientists are unromantic, that their passion to figure out robs the world of beauty and mystery. But is it not stirring to understand how the world actually works—that white light is made of colors, that color is the way we perceive the wavelengths of light, that transparent air reflects light, that in so doing it discriminates among the waves, and that the sky is blue for the same reason that the sunset is red? It does no harm to the romance of the sunset to know a little bit about it.” – Pale Blue Dot

“Far better it seems to me, in our vulnerability, is to look death in the eye and to be grateful every day for the brief but magnificent opportunity that life provides.” – penned during battle with myelodysplastic syndrome

“It is the responsibility of scientists never to suppress knowledge, no matter how awkward that knowledge is, no matter how it may bother those in power; we are not smart enough to decide which pieces of knowledge are permissible and which are not.”