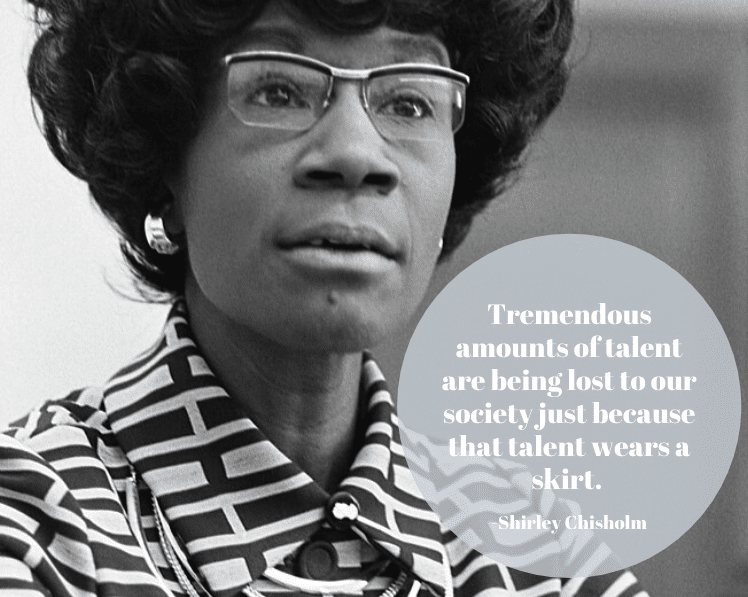 Throughout history, women have been working hard to ensure that the female voice is heard. Whether that means working in politics, becoming an activist for social change, or breaking barriers in athletics, women have gone the extra mile to gain equality and advocate for a better world.

Regardless of age, race, or nationality, powerful women like Malala Yousafzai, Michelle Obama, Ruth Bader Ginsberg, and Jane Goodall provide inspiration to millions of girls and women. By working with purpose and confidence, they demonstrate that having strength and tenacity doesn't mean sacrificing your vulnerability. And all of these women show that failure shouldn't be an obstacle in meeting your goals.

So in honor of all the incredible women who have blazed a trail forward—both in the past and present—we've put together a list of 50 inspirational quotes. The words of these wise women prove that through action, anything is possible. So get ready to get motivated and start moving toward your dreams.

Enjoy 50 inspiring quotes from powerful women throughout history to get you motivated. 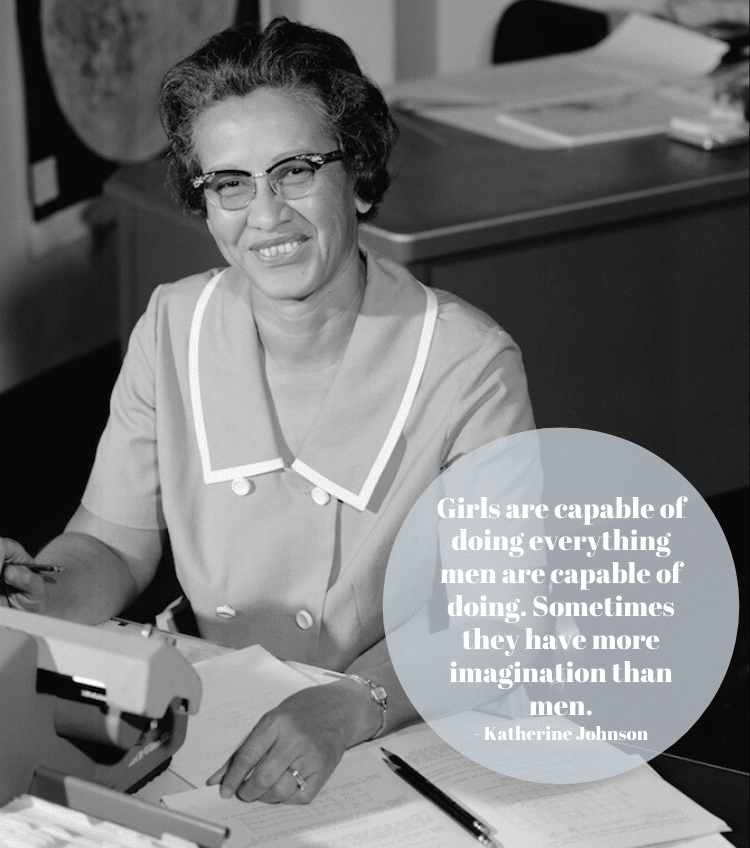 On being a woman

“The success of every woman should be the inspiration to another. We should raise each other up. Make sure you’re very courageous: be strong, be extremely kind, and above all be humble.” – Serena Williams, professional tennis player who has won more singles titles than any man or woman

“We need to understand that there is no formula for how women should lead their lives. That is why we must respect the choices that each woman makes for herself and her family. Every woman deserves the chance to realize her God-given potential.” – Hillary Clinton, former Secretary of State and first woman nominated for U.S. president by a major political party

“Women should do for themselves what men have already done—occasionally what men have not done—thereby establishing themselves as persons, and perhaps encouraging other women toward greater independence of thought and action.” – Amelia Earhart, first female aviator to fly solo across the Atlantic Ocean

“My mother told me to be a lady. And for her, that meant be your own person, be independent.” – Ruth Bader Ginsberg, second female justice appointed to the U.S. Supreme Court 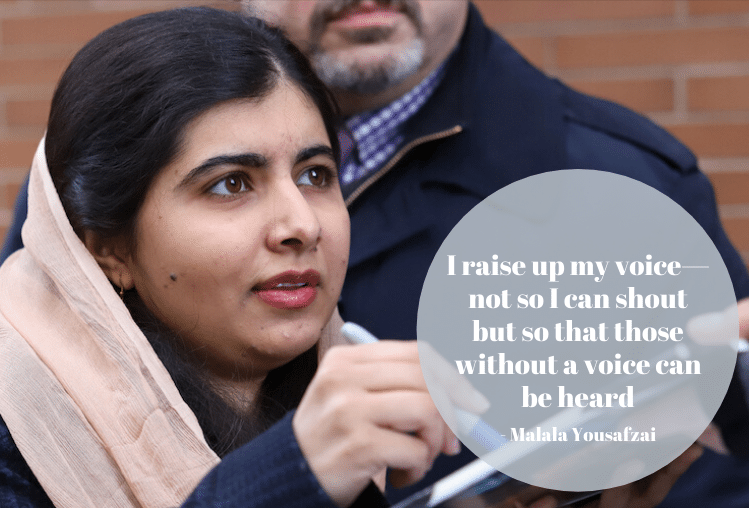 “Tremendous amounts of talent are being lost to our society just because that talent wears a skirt.” – Shirley Chisholm, first African-American woman elected to U.S. Congress

“A girl should not expect special privileges because of her sex but neither should she adjust to prejudice and discrimination.” – Betty Friedan, writer and activist credited with sparking 20th-century wave of feminism

“I raise up my voice—not so I can shout but so that those without a voice can be heard… We cannot succeed when half of us are held back.” – Malala Yousafzai, Pakistani activist for female education and the youngest Nobel Prize laureate 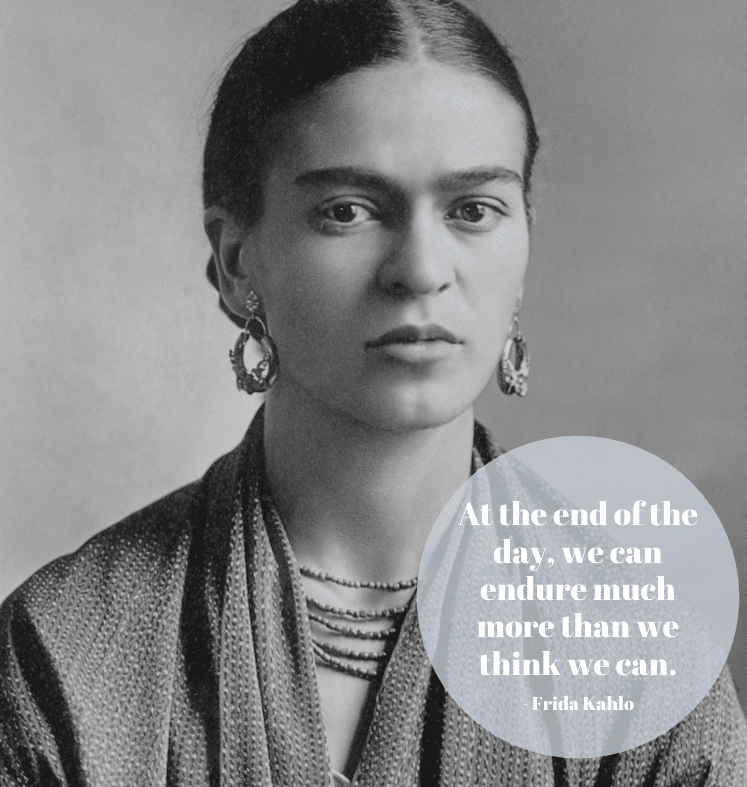 “At the end of the day, we can endure much more than we think we can.” – Frida Kahlo, 20th-century Mexican painter

“I really think a champion is defined not by their wins but by how they can recover when they fall.” – Serena Williams

“Always aim high, work hard, and care deeply about what you believe in. And, when you stumble, keep faith. And, when you're knocked down, get right back up and never listen to anyone who says you can't or shouldn't go on.” – Hillary Clinton

“Have no fear of perfection; you'll never reach it.” – Marie Curie, chemist who was the first woman to win a Nobel Prize.

“Think like a queen. A queen if not afraid to fail. Failure is another stepping stone to greatness.” – Oprah Winfrey, media mogul and North America's first black multi-billionaire 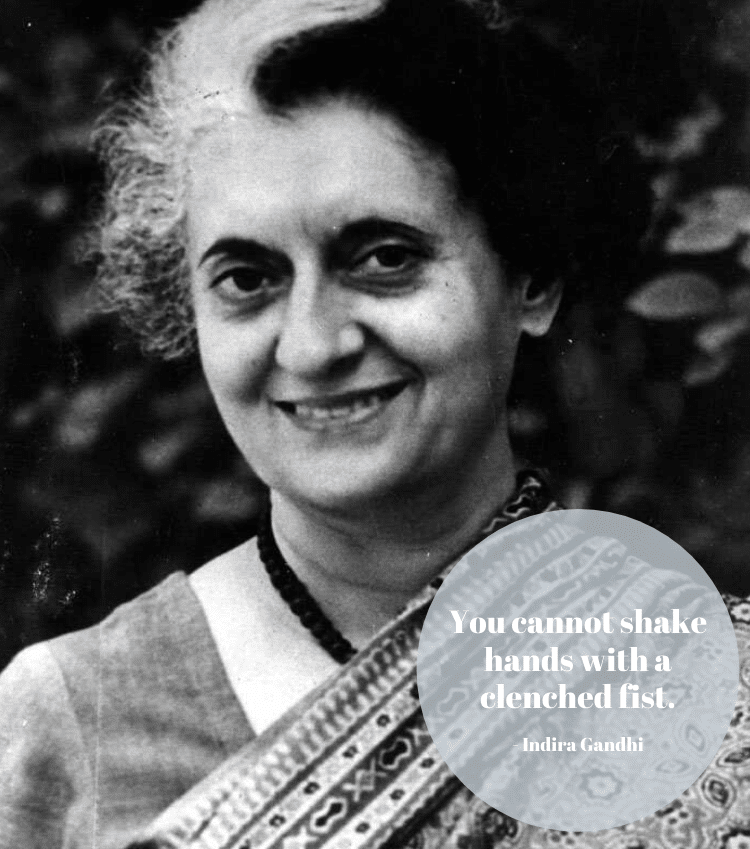 “I’ve had to learn to fight all my life – got to learn to keep smiling. If you smile things will work out.” – Serena Williams

“Nothing is worth more than laughter. It is strength to laugh and to abandon oneself, to be light.” – Frida Kahlo

“I have learned over the years that when one’s mind is made up, this diminishes fear; knowing what must be done does away with fear.” – Rosa Parks, American civil rights activist 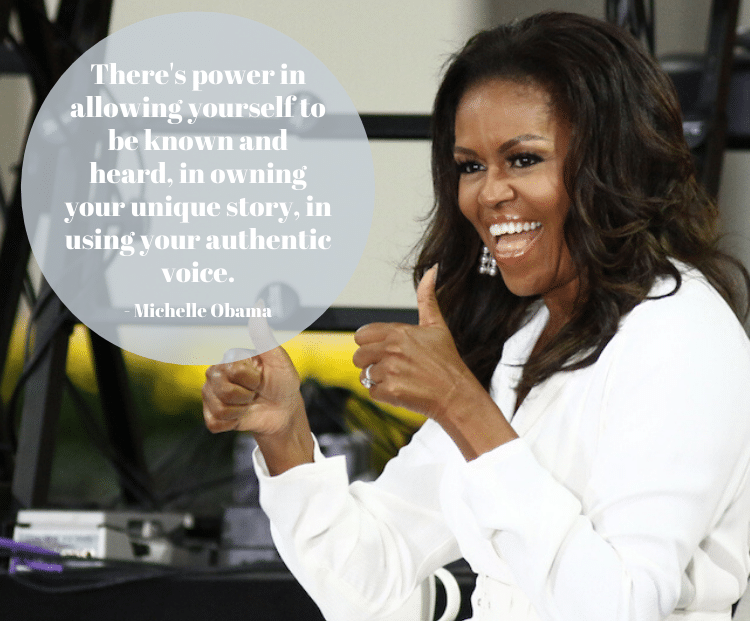 “I don't have a feeling of inferiority. Never had. I'm as good as anybody, but no better.” – Katherine Johnson

“You can show more of the reality of yourself instead of hiding behind a mask for fear of revealing too much.” – Betty Friedan

“No one can make you feel inferior without your consent.” – Eleanor Roosevelt, former U.S. First Lady and U.S. Delegate to the United Nations General Assembly

“If you're always trying to be normal, you will never know how amazing you can be.” – Maya Angelou, Pulitzer-prize nominated poet

“Life is not easy for any of us. But what of that? We must have perseverance and above all confidence in ourselves. We must believe that we are gifted for something and that this thing must be attained.” – Marie Curie

“I was a person with dignity and self-respect, and I should not set my sights lower than anybody else just because I was black.” – Rosa Parks

“There's power in allowing yourself to be known and heard, in owning your unique story, in using your authentic voice.” – Michelle Obama 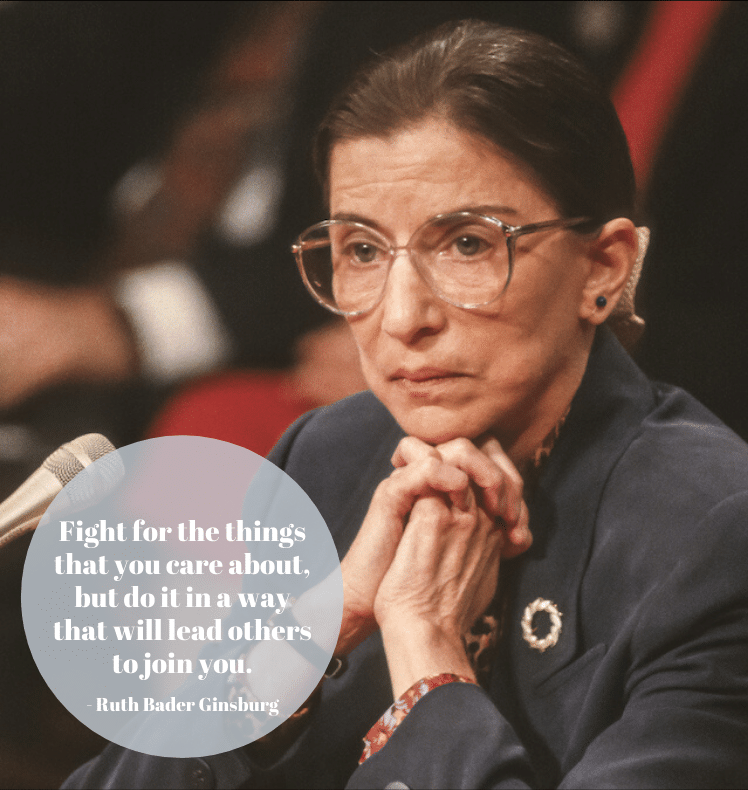 “We’re all water from different rivers, that’s why it’s so easy to meet; we’re all water in this vast, vast ocean, someday we’ll evaporate together.” – Yoko Ono, performance artist and peace activist

“Tolerance and compassion are active, not passive states, born of the capacity to listen, to observe and to respect others.” – Indira Gandhi

“Fight for the things that you care about, but do it in a way that will lead others to join you.” – Ruth Bader Ginsburg 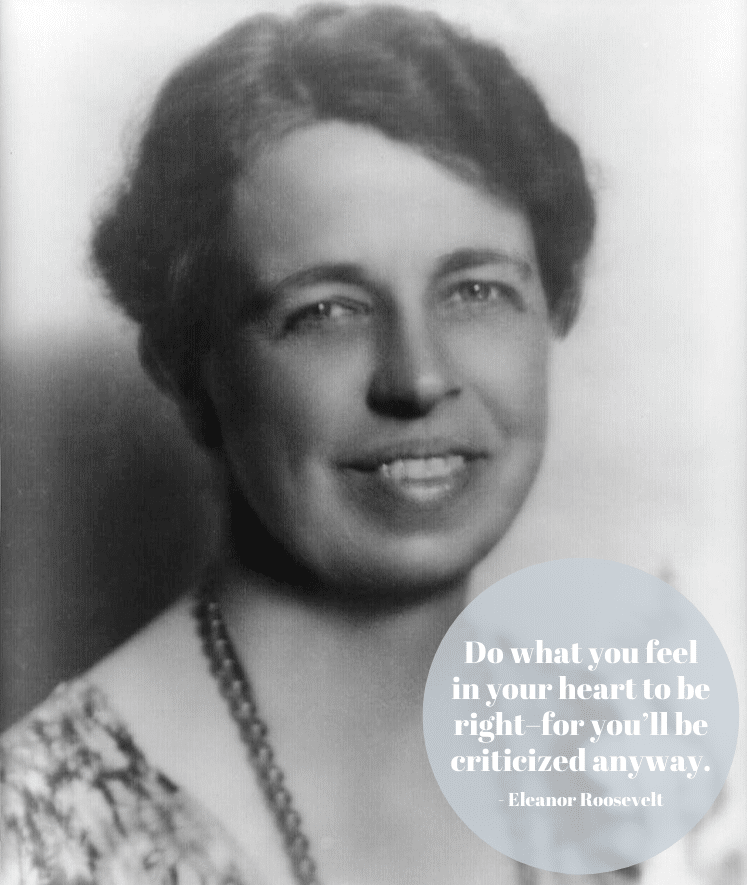 “Change happens by listening and then starting a dialogue with the people who are doing something you don't believe is right.” – Jane Goodall, world's foremost expert on chimpanzees and environmental activist

“Social change is brought about by those who dare and act, who can think unconventionally and who can court unpopularity.” – Indira Gandhi

“We are here, not because we are law-breakers; we are here in our efforts to become law-makers.” – Emmeline Pankhurst, leader of the UK suffragette movement

“Do what you feel in your heart to be right–for you’ll be criticized anyway.” – Eleanor Roosevelt

“If you don't like something, change it. If you can't change it, change your attitude.” – Maya Angelou

“We cannot solve a crisis without treating it as a crisis. […] And if solutions within the system are so impossible to find, then maybe we should change the system itself?” – Greta Thunberg, climate change activist 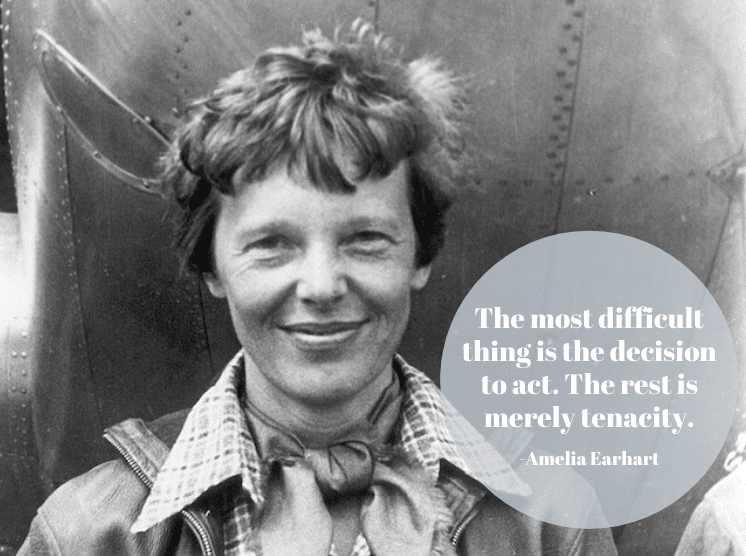 On pursuing your goals

“Technique and ability alone do not get you to the top; it is the willpower that is most important.” – Junko Tabei, first woman to reach the summit of Mount Everest

“Do not stop thinking of life as an adventure. You have no security unless you can live bravely, excitingly, imaginatively; unless you can choose a challenge instead of competence.” – Eleanor Roosevelt

“I’ve learned that making a ‘living’ is not the same as ‘making a life.’” – Maya Angelou

“The most difficult thing is the decision to act. The rest is merely tenacity.” – Amelia Earhart

“Success is only meaningful and enjoyable if it feels like your own.” – Michelle Obama

“Passion is the log that keeps the fire of purpose blazing.” – Oprah Winfrey

“I’ve been absolutely terrified every moment of my life—and I’ve never let it keep me from doing a single thing I wanted to do.” – Georgia O'Keeffe, painter often recognized as the “Mother of American modernism” 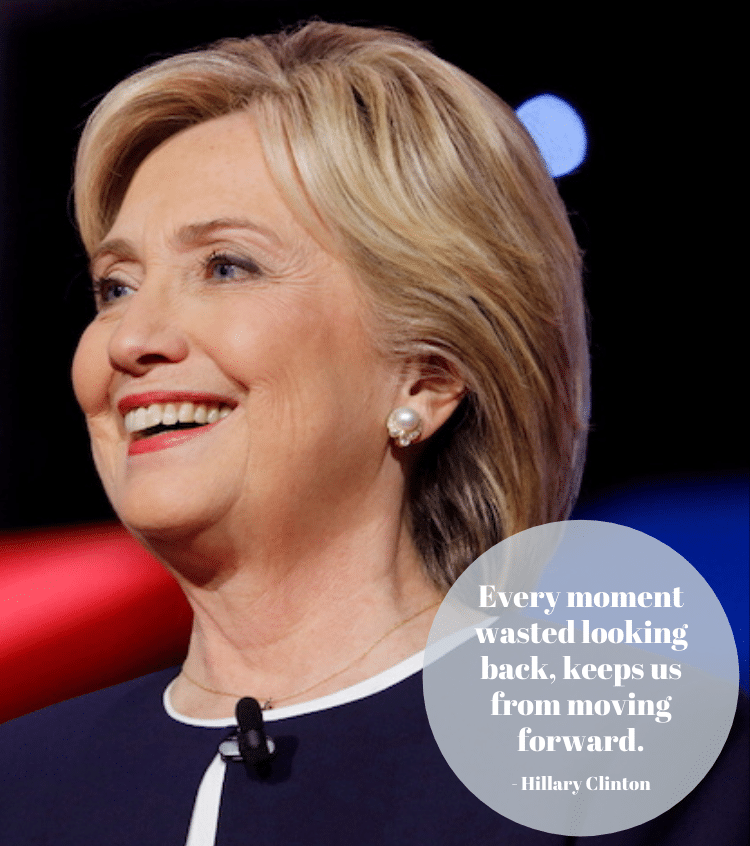 “Aging is not “lost youth” but a new stage of opportunity and strength.” – Betty Friedan

“Some people are old at 18 and some are young at 90. Time is a concept that humans created.” – Yoko Ono

“The greatest danger to our future is apathy.” – Jane Goodall

“Every moment wasted looking back, keeps us from moving forward…In this world and the world of tomorrow, we must go forward together or not at all.” – Hillary Clinton

15+ Feminist Fashions to Empower the Strong Women in Your Life