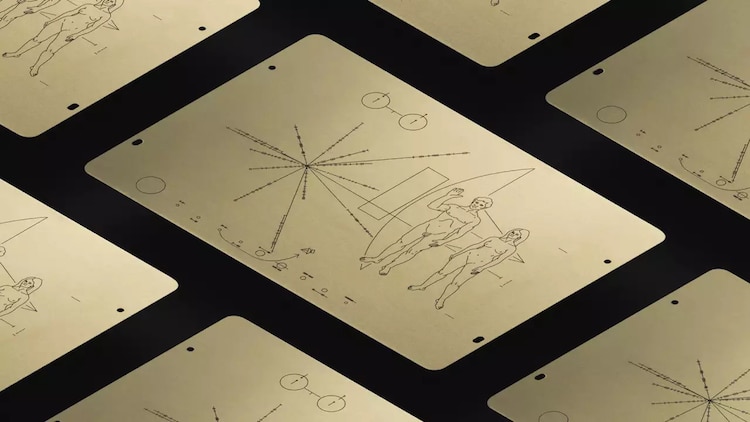 Did you know that in the 1970s NASA attached a sort of extraterrestrial “greeting card” to its space crafts? Known as the Pioneer plaque, it was bolted to the Pioneer 10 and Pioneer 11 in 1972 and 1973, just in case alien life was encountered. Using clear graphic design to spell out the spacecraft's origins, NASA was convinced to do the project by the legendary Carl Sagan.

Now, space lovers everywhere can get their hands on a precise replica of the plaque thanks to graphic designer Duane King. King has been fascinated by the Pioneer plaque since he saw Sagan speak about them on Cosmos when he was a child. By using NASA's original blueprints, which are in the public domain, he's been working over the course of seven months to reproduce the gold-anodized aluminum plaque, which is now available on Kickstarter. “I've always loved the meaning behind those plaques–that it was this greeting card from Earth in simple line art, a message in a bottle thrown into the stars,” he explains.

In fact, aside from a copy in the Smithsonian, the only other place to see the plaque would be outer space. Sagan himself was fascinated by the permanent nature of the Pioneer plaque. “It will be the oldest artifact of mankind. Because a billion years from now, mountain building and erosion will have destroyed everything on the Earth, but this plaque will remain intact.” 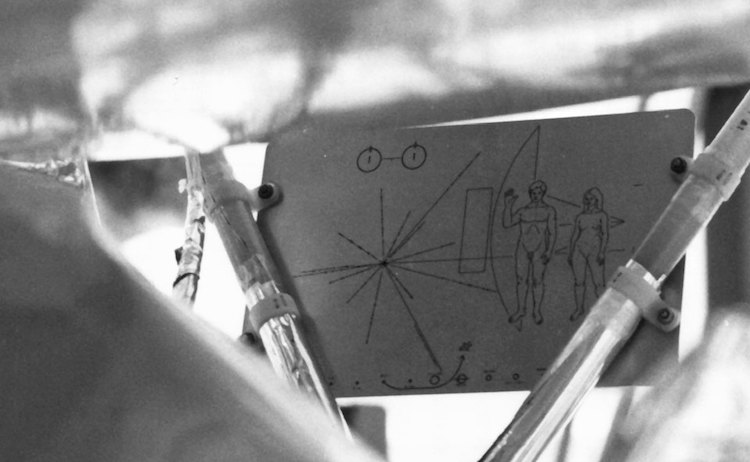 What does the Pioneer plaque mean?

The plaque was designed in just three weeks by Sagan and astronomer Frank Drake. Sagan's then-wife Linda Salman Sagan created the artwork. In order to help extraterrestrial beings understand the origins of the space crafts, Sagan and Drake wanted to send simple, yet precise indications about human life on planet Earth. 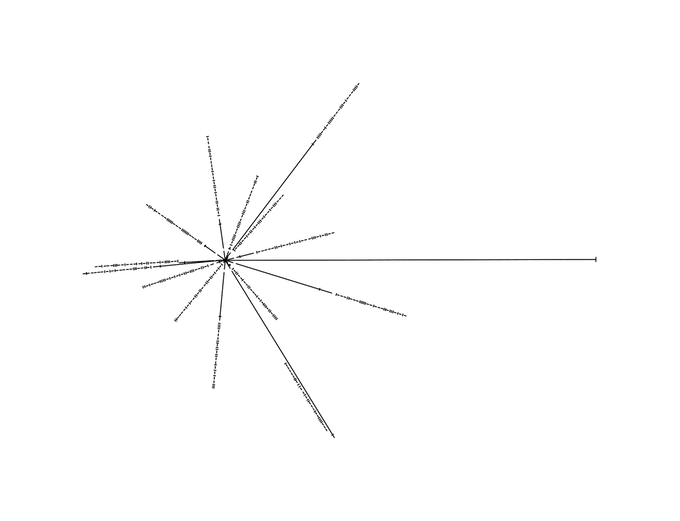 This radial figure acts as the “address” on the intergalactic letter.

The radial pattern on the left side of the plaque is actually an address indicating how to locate our solar system in the galaxy. With our home star at the center, the array of lines and dashes makes sure that alien life would know where to find us. The lines measure relative distance of the sun to the center of the galaxy and 14 different pulsars with their periods. 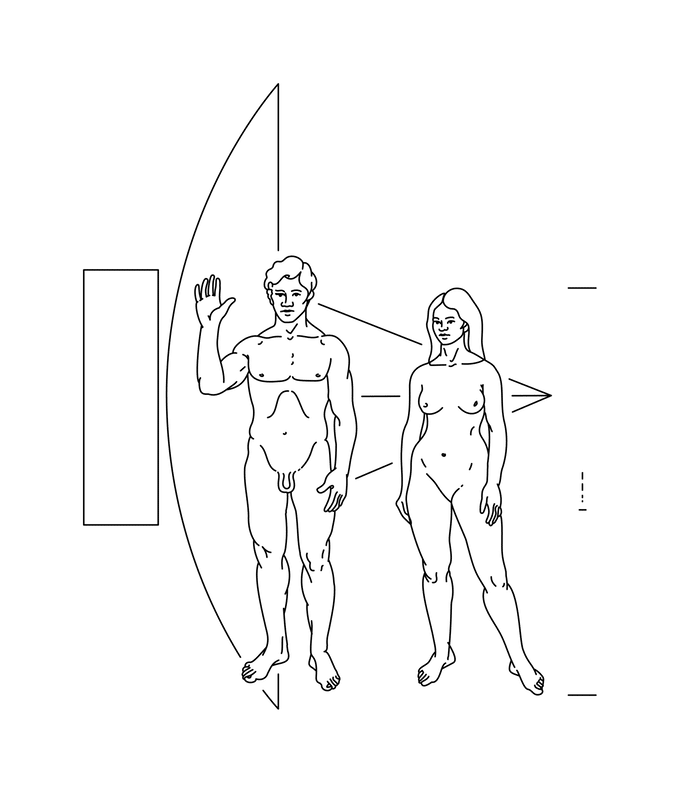 Detail of male and female figures on the Pioneer plaque.

The centerpieces are the male and female figures standing on the right side of the plaque, the man raising his arm in a friendly greeting. And even if our extraterrestrial friends wouldn't understand what it means, the gesture also shows off how our limbs work. Binary numbers are also used here to indicate the height of the woman. If the figures remind you of Leonardo da Vinci, it's no coincidence. The team took their cues from Da Vinci, as well as classical Greek sculpture.

At the bottom of the plaque, a diagram shows the solar system with the planned trajectory of the Pioneer spacecraft.

At the bottom of the plaque, a schematic of our solar system, with Pioneer‘s projected trajectory is depicted. As rings around Jupiter, Uranus, and Neptune were unknown at the time, these features are not included. At the top, a drawing of neutral atomic hydrogen was intended to provide a yardstick of universal time and space.

All told, the Pioneer plaque is man's first letter to life in outer space. Though it was launched into orbit 45 years ago, we are still waiting to see if it will ever be read by its intended audience. Luckily, NASA is getting closer than ever to making that discovery. 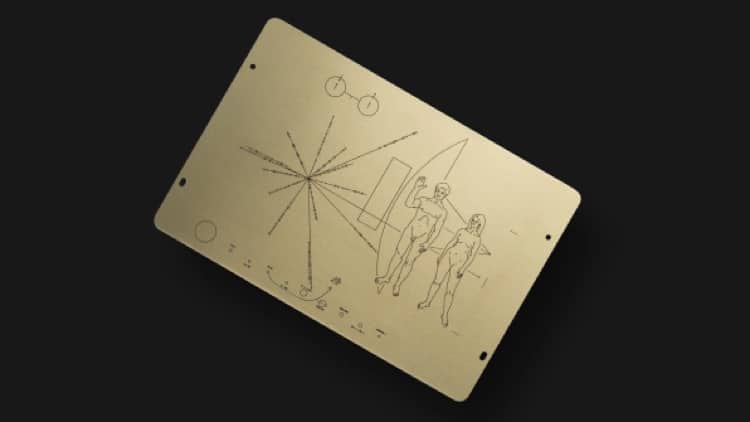 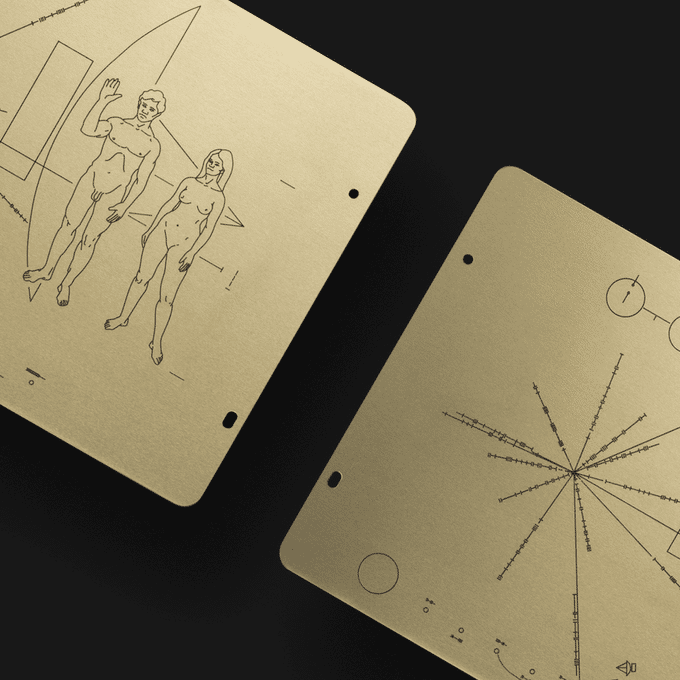 The graphic designer worked for seven months and is now making the limited edition of 200 replicas available to the public via Kickstarter. 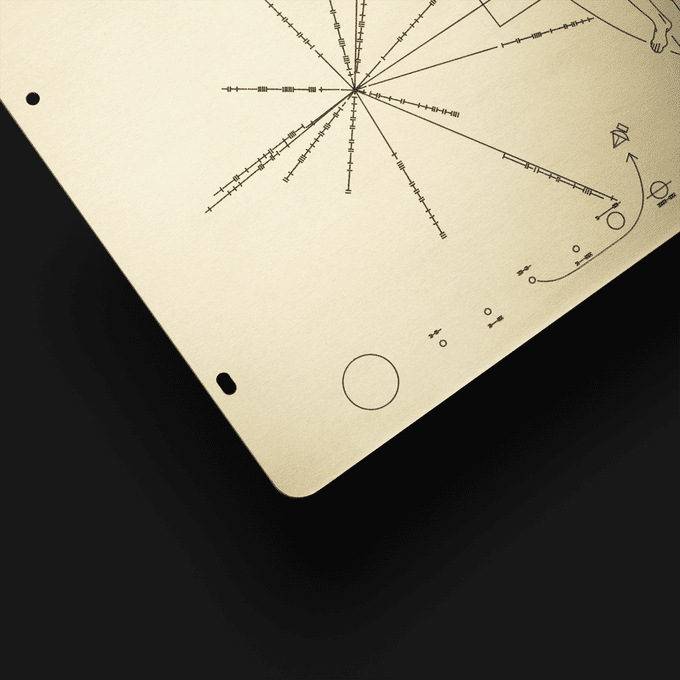 The plaque even comes with packaging inspired by the Pioneer space missions. 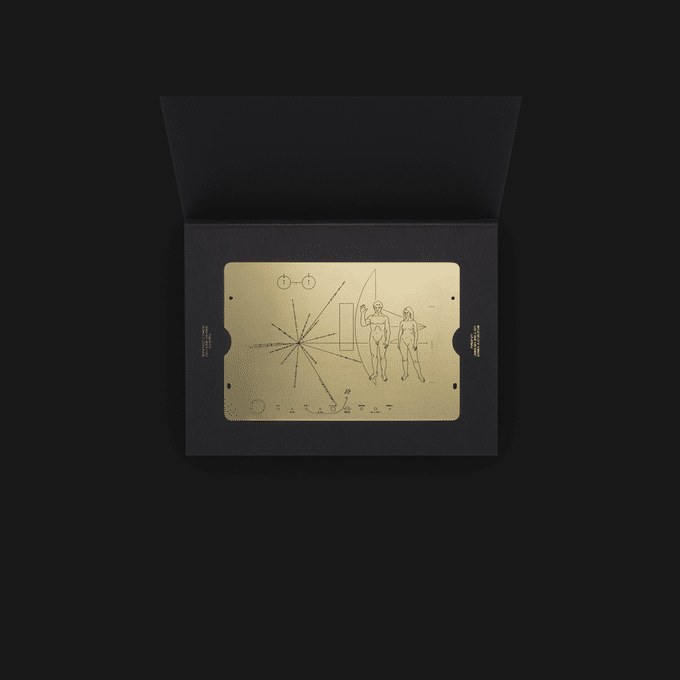 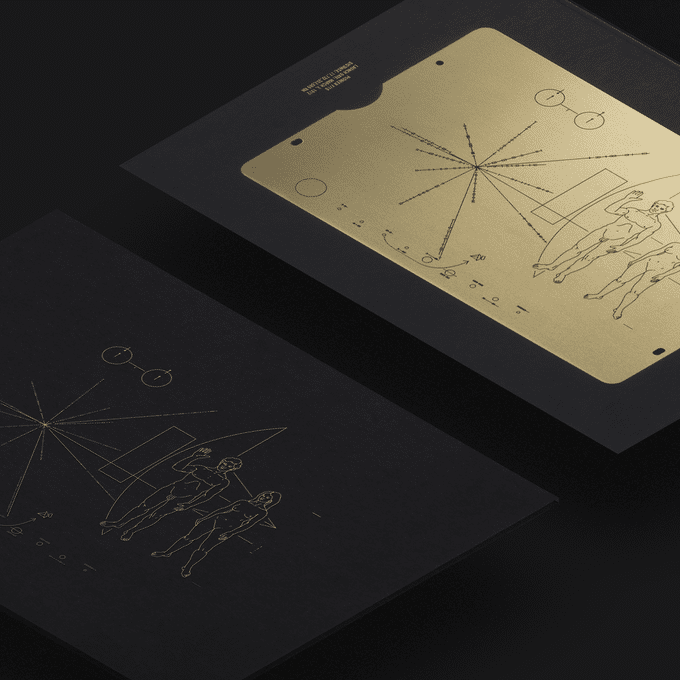 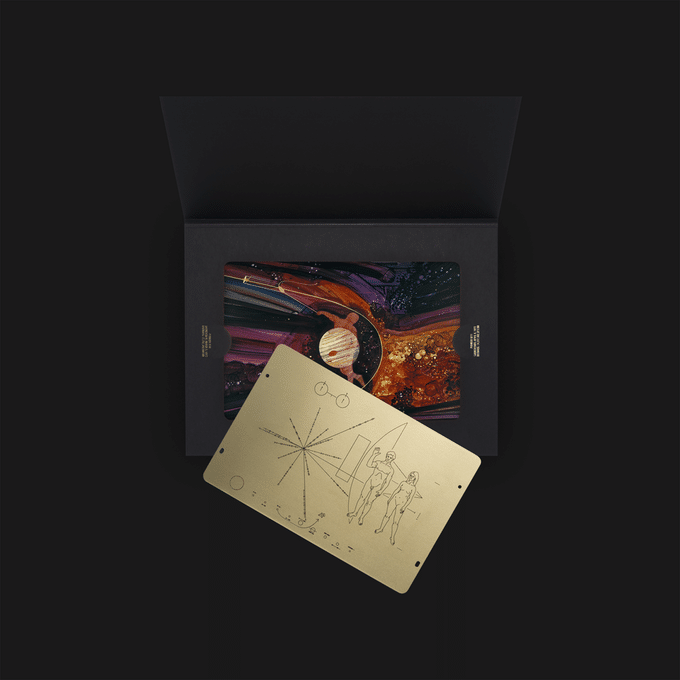 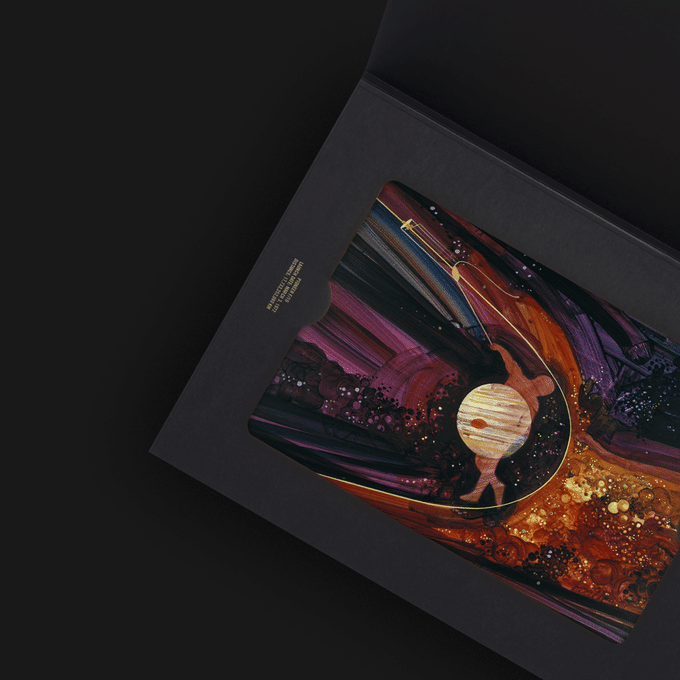 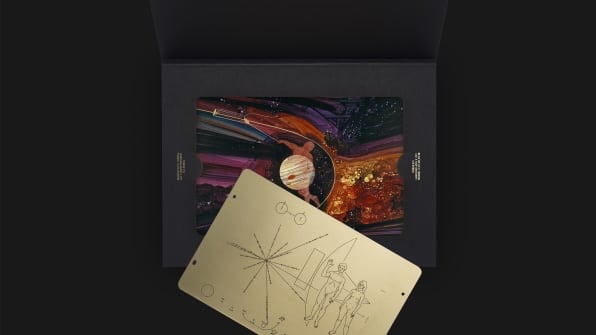 All images via Duane King except where noted.

25+ Pieces of Science Jewelry Celebrating the Wonders of the Universe