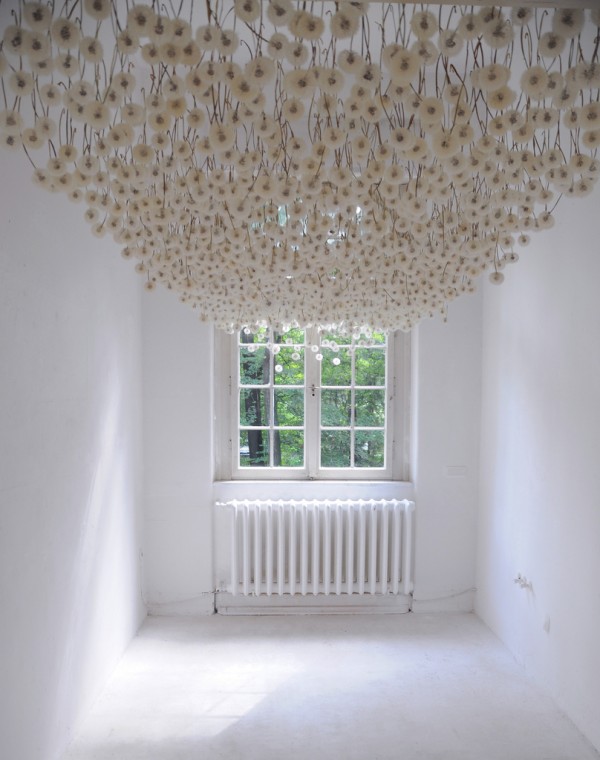 A dandelion never stays the same for too long – that's part of its beauty. One moment it is yellow and the next it is a puffy vision in white. Before you know it, it's only a stem waiting for its seeds to continue nature's cycle.

But what if you could stop it from changing and growing? What if you kept it in one form, as if stopping time? Regine Ramseier, a German artist, had such an idea. She carefully picked 2,000 dandelions in their cloud-like form and sprayed a gentle adhesive on them, as if it treating them with water from the fountain of youth. The dandelions were then transferred by car to a little white room where they were hung.

Although hanging 2,000 dandelions one by one may seem like a strenuous task, Ramseier must have felt incredibly calm after she had finished. After all, who wouldn't feel so after enjoying the serene beauty of dandelions hanging, captured and frozen in time? Don't you wish you were a part of those who had the chance to view this beautiful piece at the ArToll Summer Lab 2011? 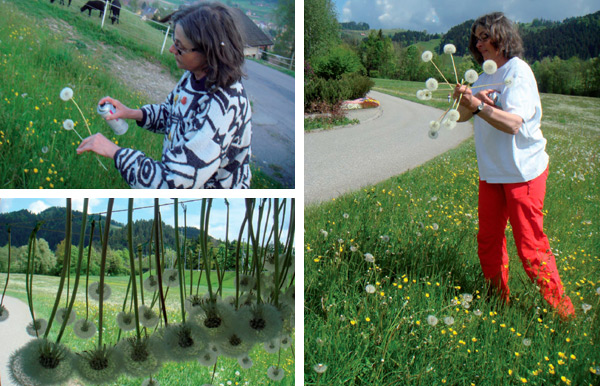 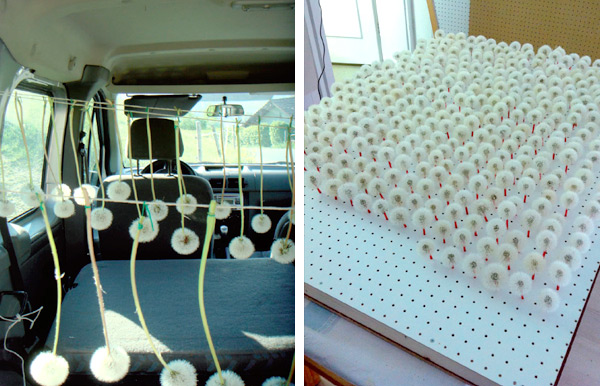 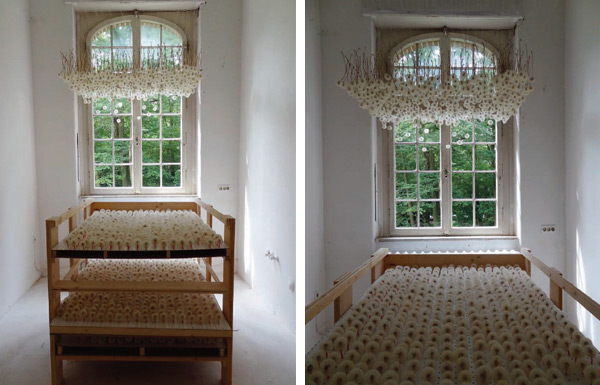 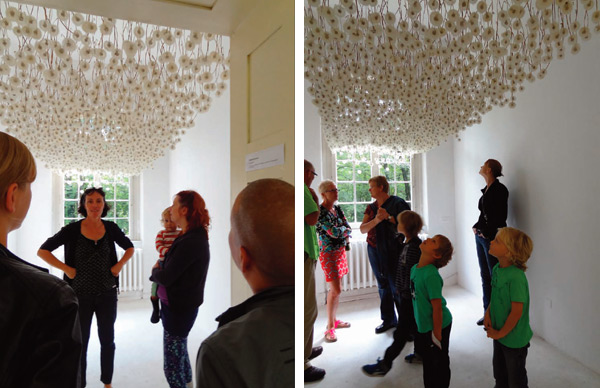 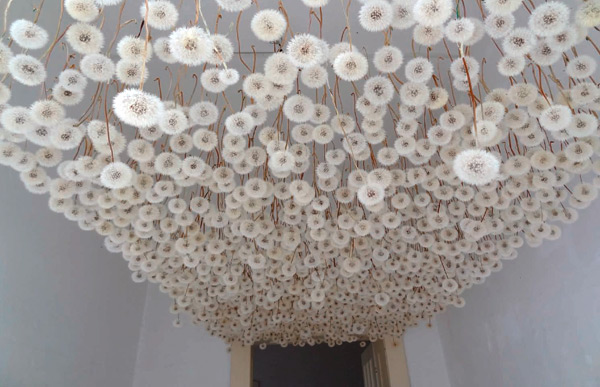 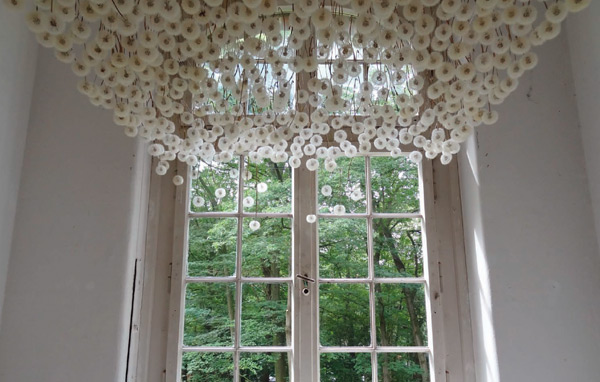