Celebrity Portraits Made from Thousands of Circles (6 pieces) 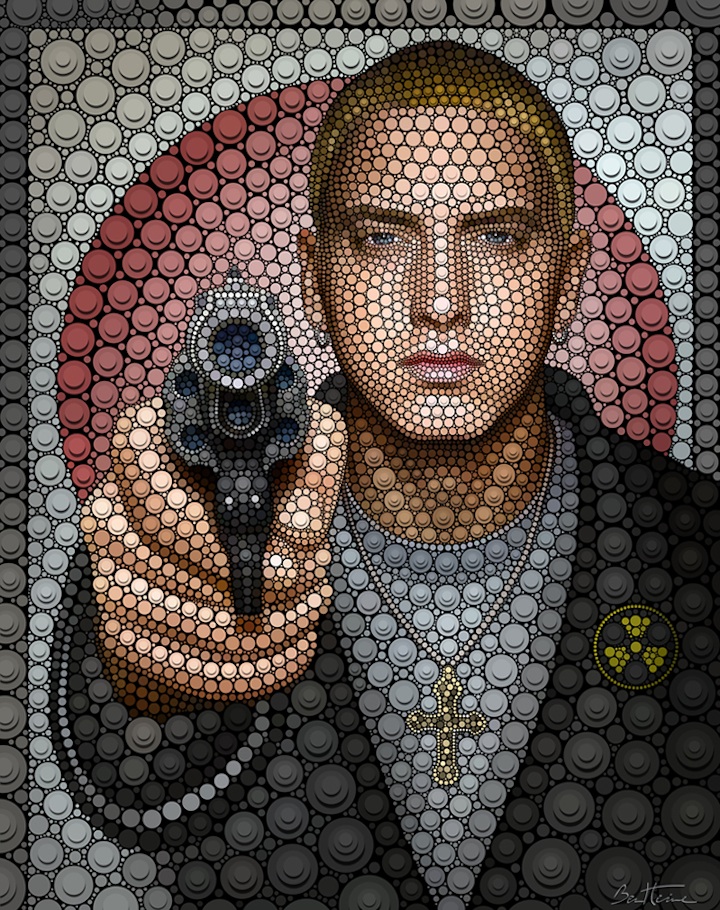 Though Ben Heine is well-known for his very clever series Pencil Vs Camera, many might not know about his Digital Circlism set. Heine's created a new technique whereby digital circles are selectively placed onto a black background. Using a sharp round brush in Photoshop CS4, he makes these circles of different sizes and colors until they magically form a familiar face.

The artist has been making more traditional portraits for over 15 years now but it wasn't very long ago that he started developing this very original technique. “As I've been working with digital tools recently, this came quite naturally,” he tells us. “And I'm a big fan of Pop Art and Pointillism. Digital Circlism is a modern mix of them.” 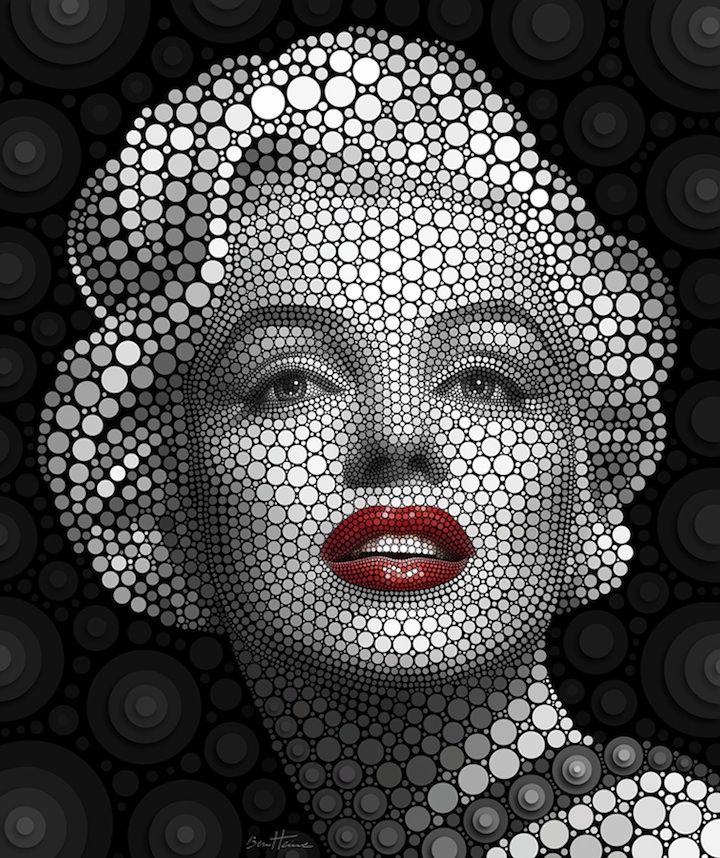 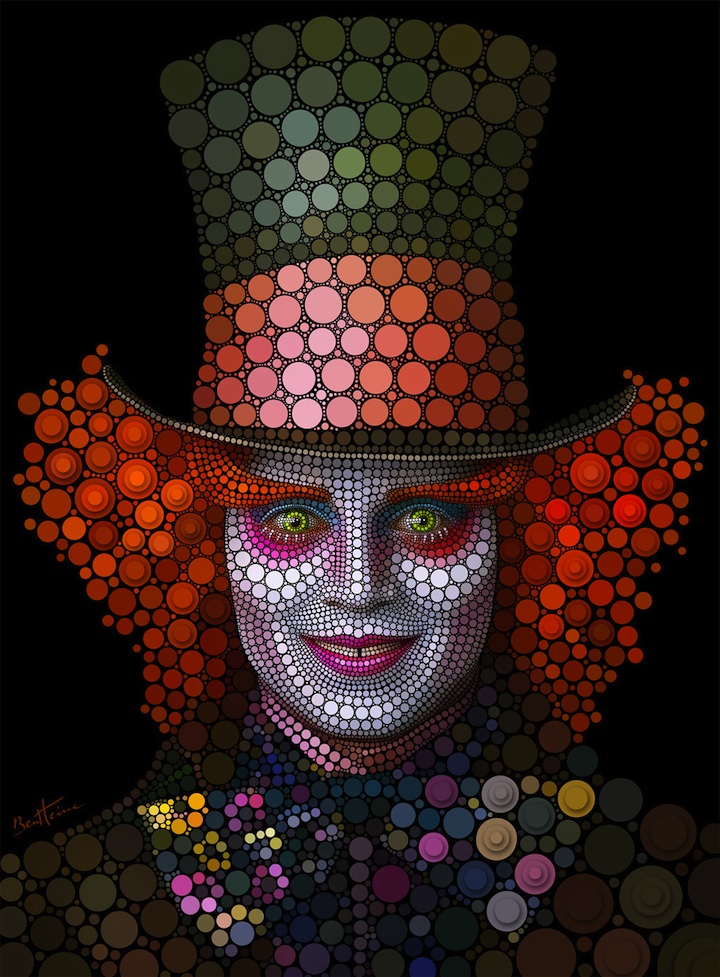 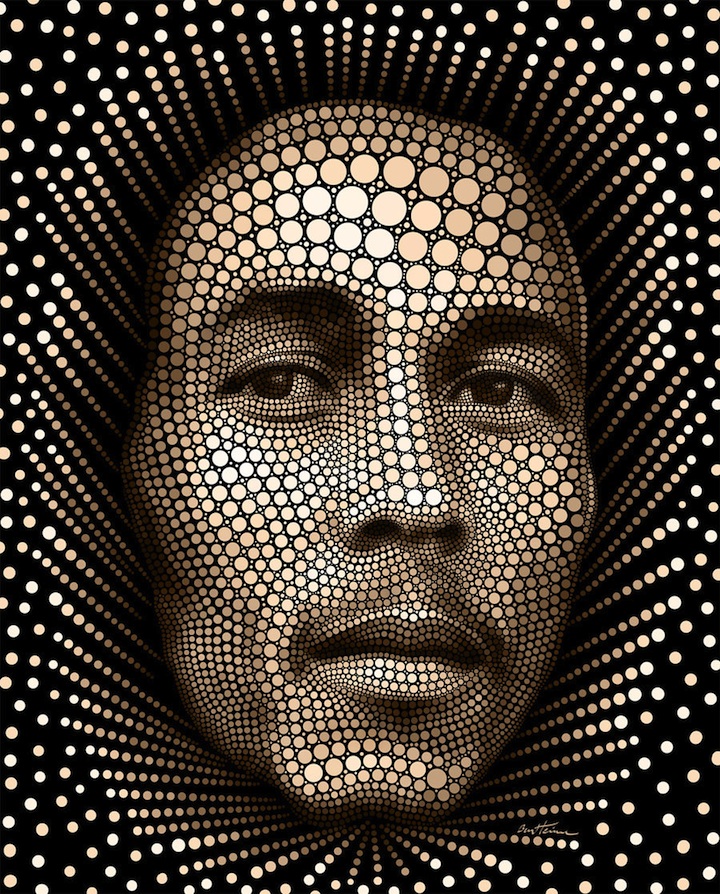 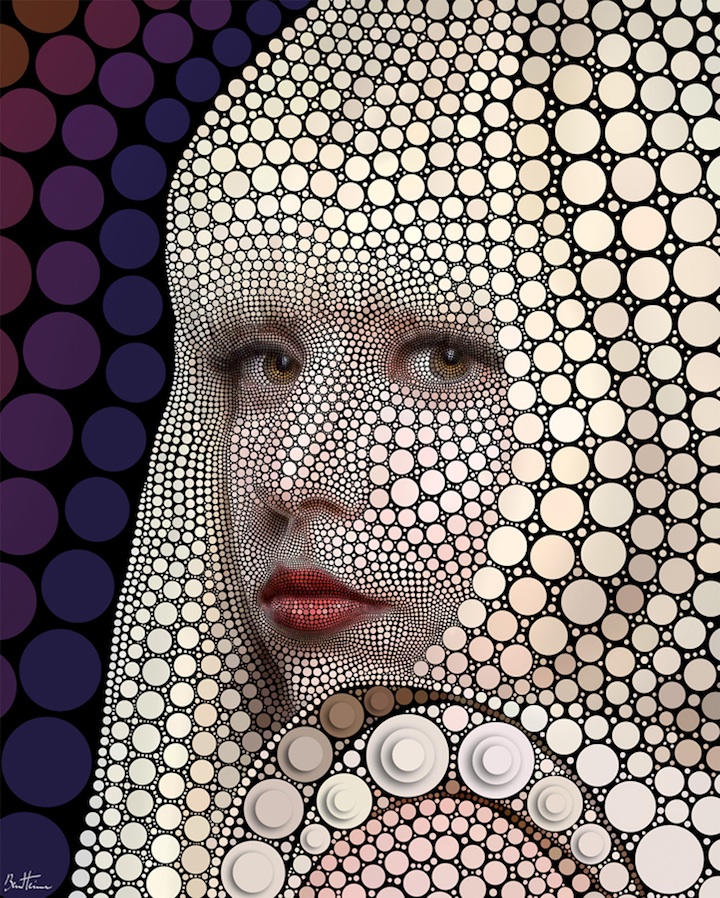 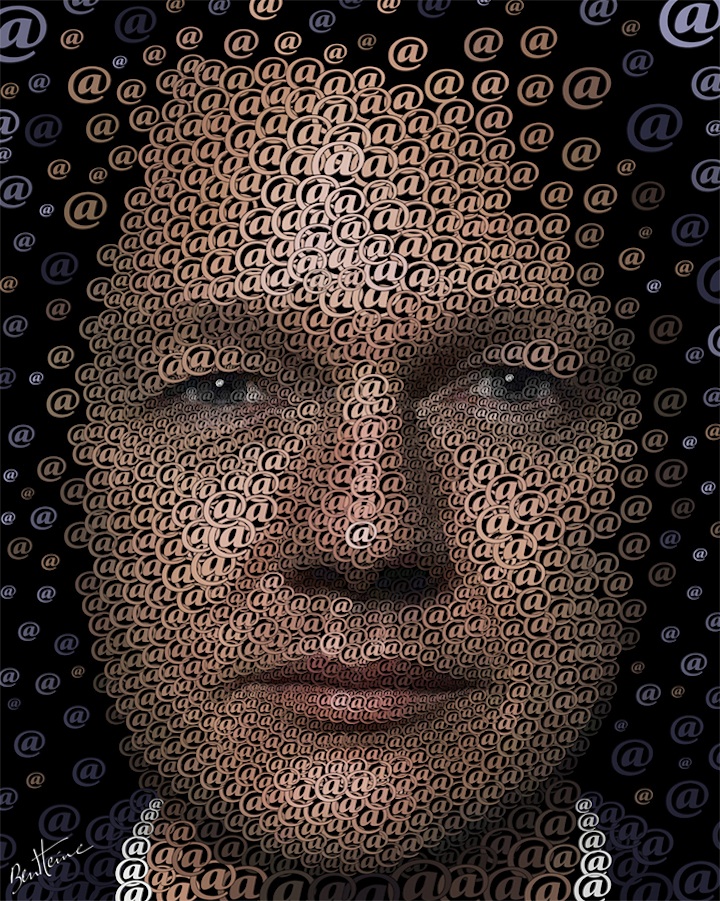 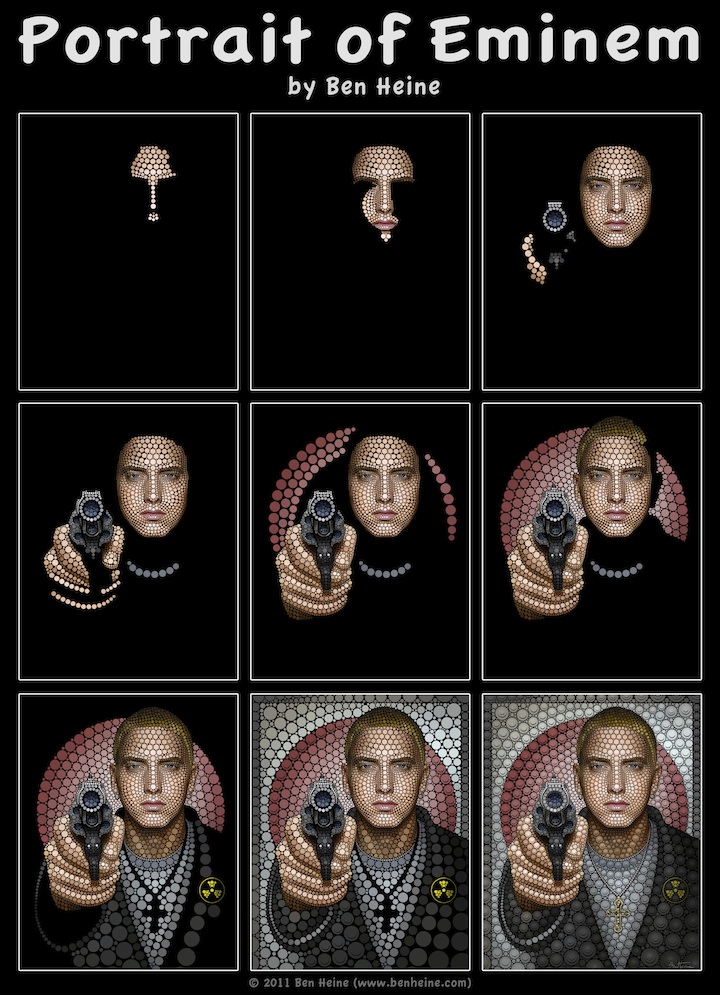 Each of these portraits are very time consuming and just one can take over 100 hours from start to finish. In fact, his Eminem portrait took Heine a full nine days to complete. “I first made a photomontage using several references, then a digital painting and I finally applied my ‘digital circlist' technique (I placed each circle one by one, there is no automatic process),” he explains. “I wanted this image to reflect Eminem's personality. He may be a controversial and provocative singer, I think he's an extremely clever and interesting person, he always comes up with some completely amazing stuff, with new, powerful and unexpected lyrics and melodies. He is a poet of modern times.”

Who can we expect to see next? “Here are some celebrities I may portray in the coming weeks or months, in no specific order,” he shares. “Shakira, Nelson Mandela, Salvador Dali, Bill Gates, Vincent Van Gogh, Nicolas Cage, Mick Jagger, and Kurt Cobain.”