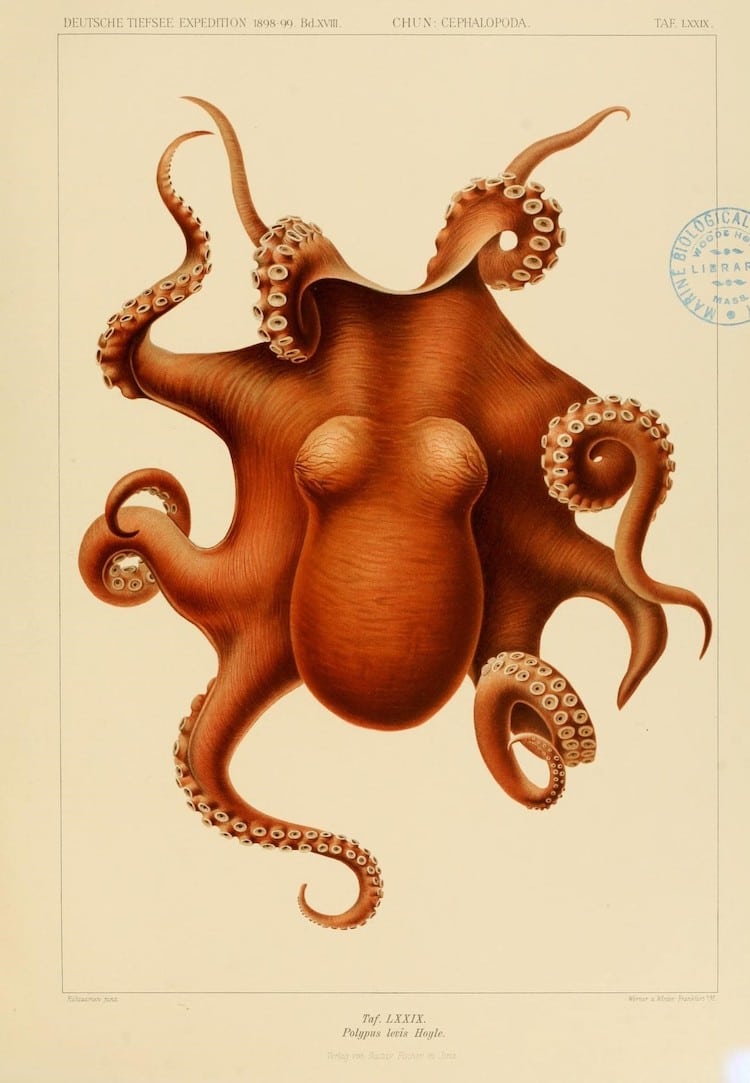 Polypus levis Hoyle
This post may contain affiliate links. If you make a purchase, My Modern Met may earn an affiliate commission. Please read our disclosure for more info.

In 1898, marine biologist Carl Chun led a German expedition on the SS Valdivia to explore the deep sea. At a time when it was thought that life didn't exist below 300 fathoms (1,800 feet), this incredible voyage was a breakthrough in oceanography. Chun and his crew of scientists explored the sea 500 fathoms deep (3,000 feet), and in the process, introduced previously unknown species to the world. Many of these marine animals were later published in Chun's 1910 Cephalopod Atlas.

Beautifully illustrated by Friedrich Wilhelm Winter, each plate of the atlas shows off a specimen discovered during Chun's eight-month exploration. Thanks to these illustrations, it's clear just how much variety lives within the deep sea. Different species of squids and octopuses are some of the now-familiar cephalopods that would have seemed incredibly foreign at the time.

Winter's work also clearly shows what makes each animal unique and highlights how these deep-sea creatures have adapted to life far below the surface. Particularly interesting is the Vampyroteuthis infernalis, or vampire squid, which remains one of Chun's most well-known finds. With its red eyes and black flesh, this small cephalopod's name literally translates to “vampire squid from hell,” so you can imagine the impression it left on the crew.

Chun's discoveries, along with Winter's illustrations, have gotten renewed attention thanks to the work of Brain Pickings founder Maria Popova. Popova has restored some of Winter's gorgeous illustrations from an edition of the Cephalopod Atlas that has been digitized by the Biodiversity Heritage Library. Prints of the 23 restored illustrations are available for sale on Society6, which benefit Greenpeace and their work to protect our oceans. 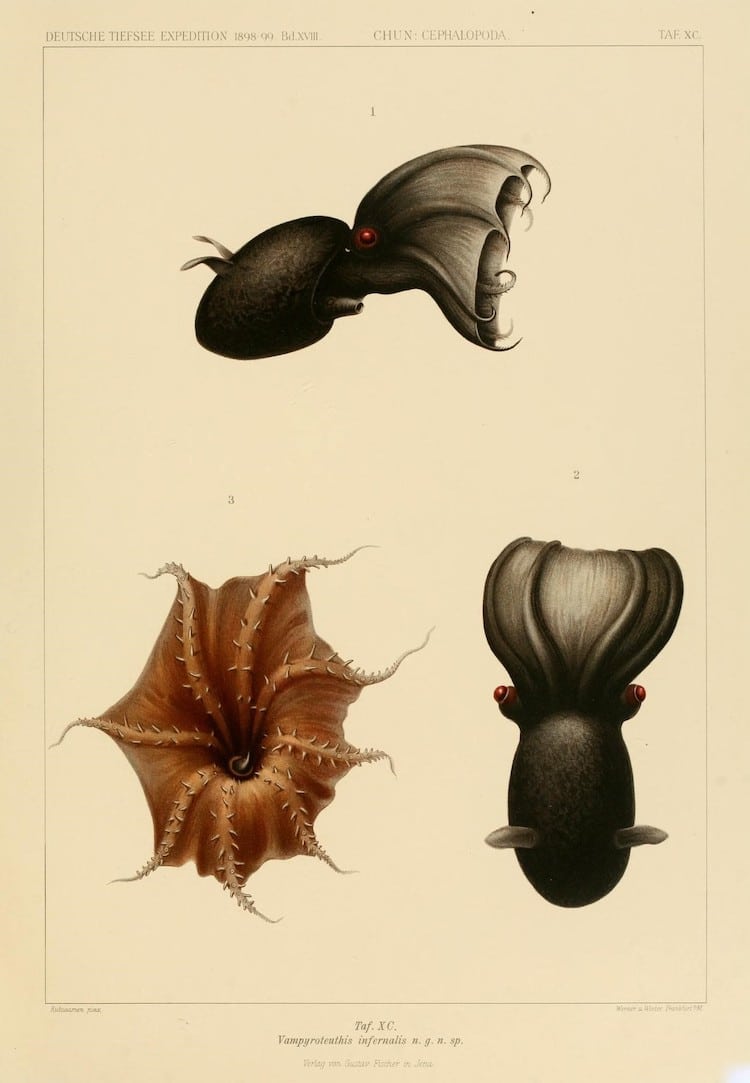 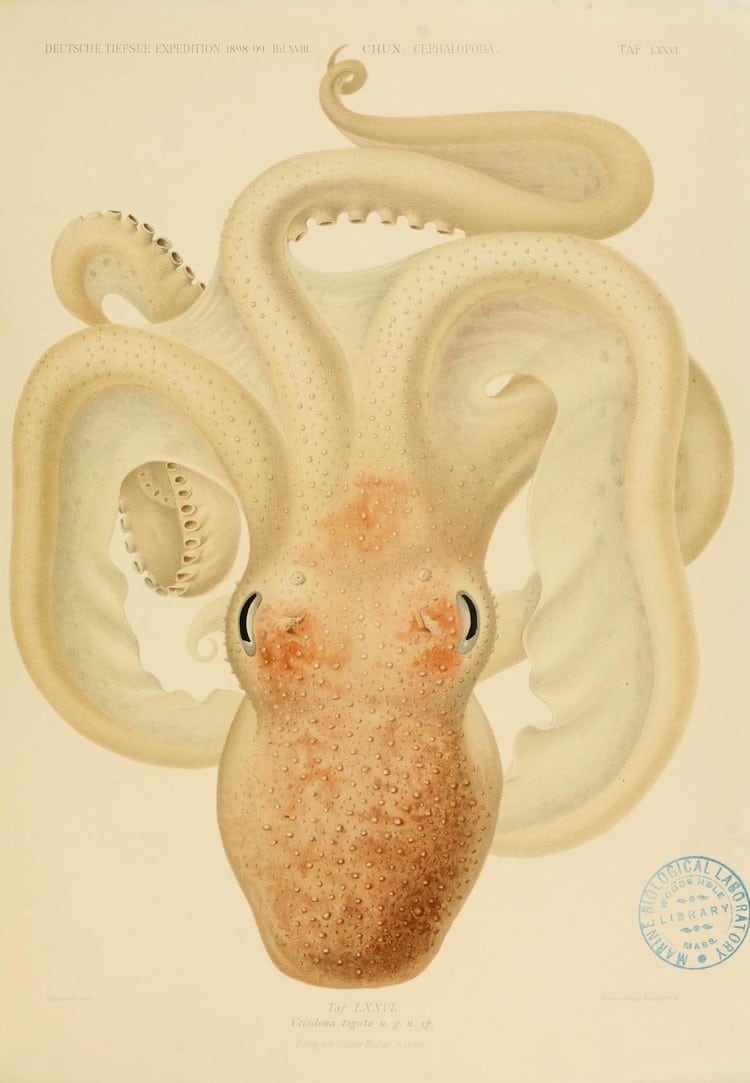 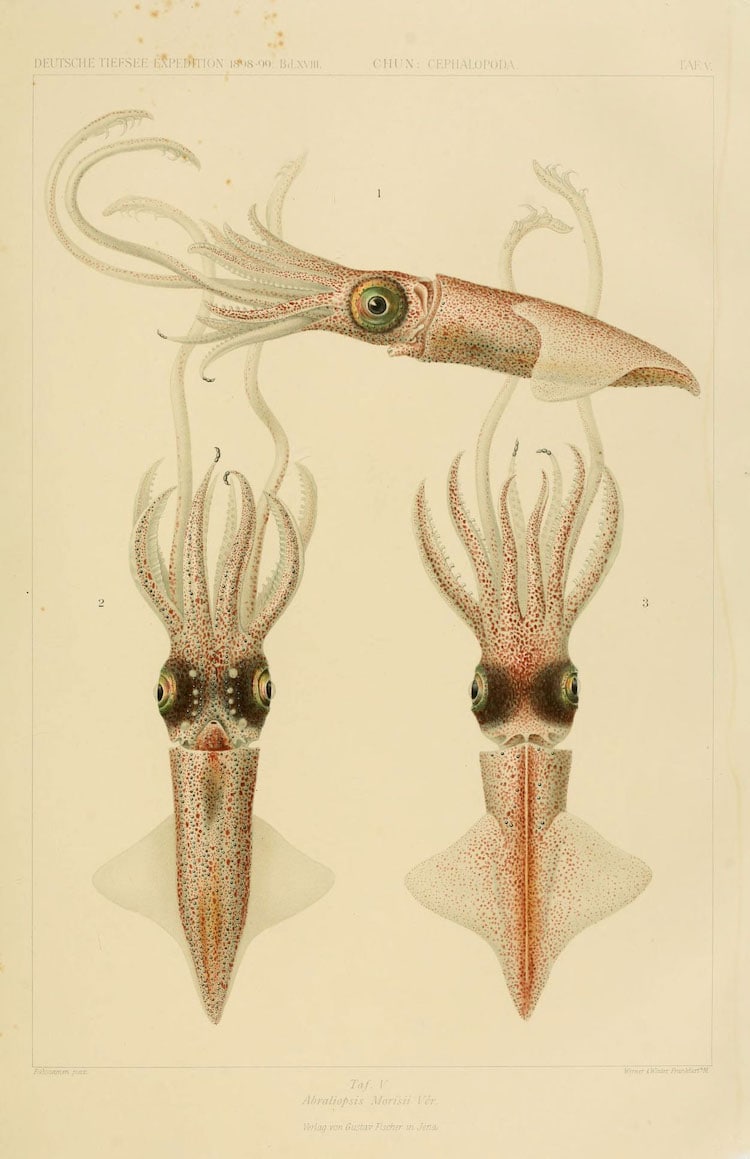 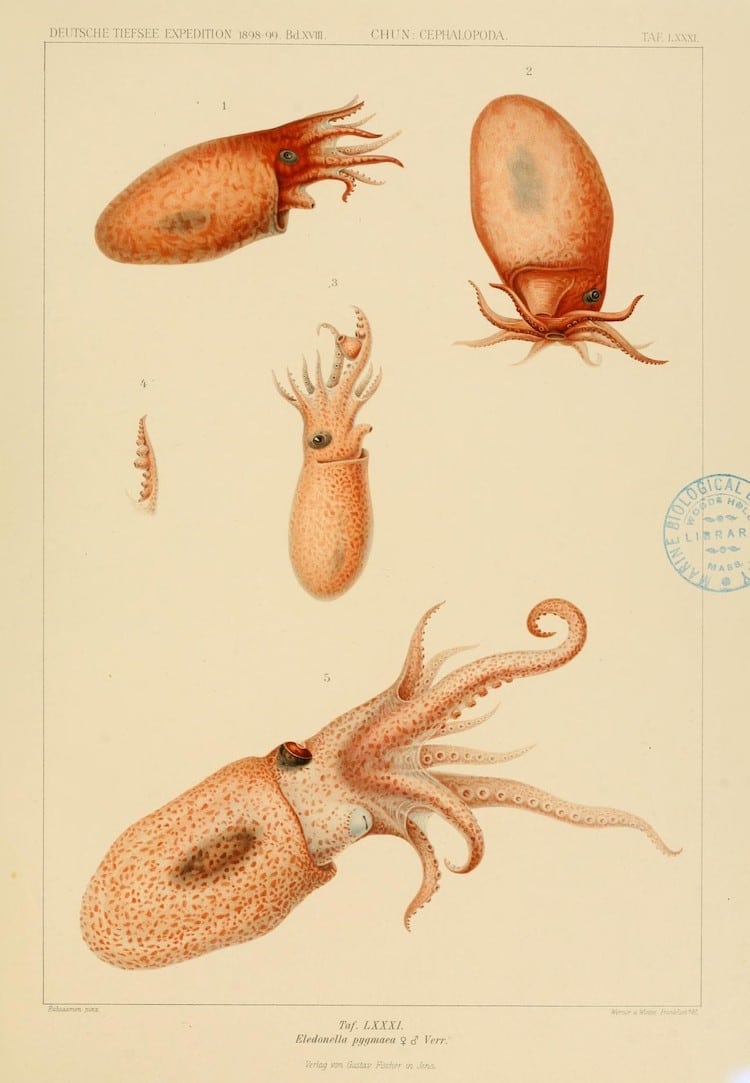 Chun's 1910 Cephalopod Atlas highlights much of the marine life discovered during the expedition. 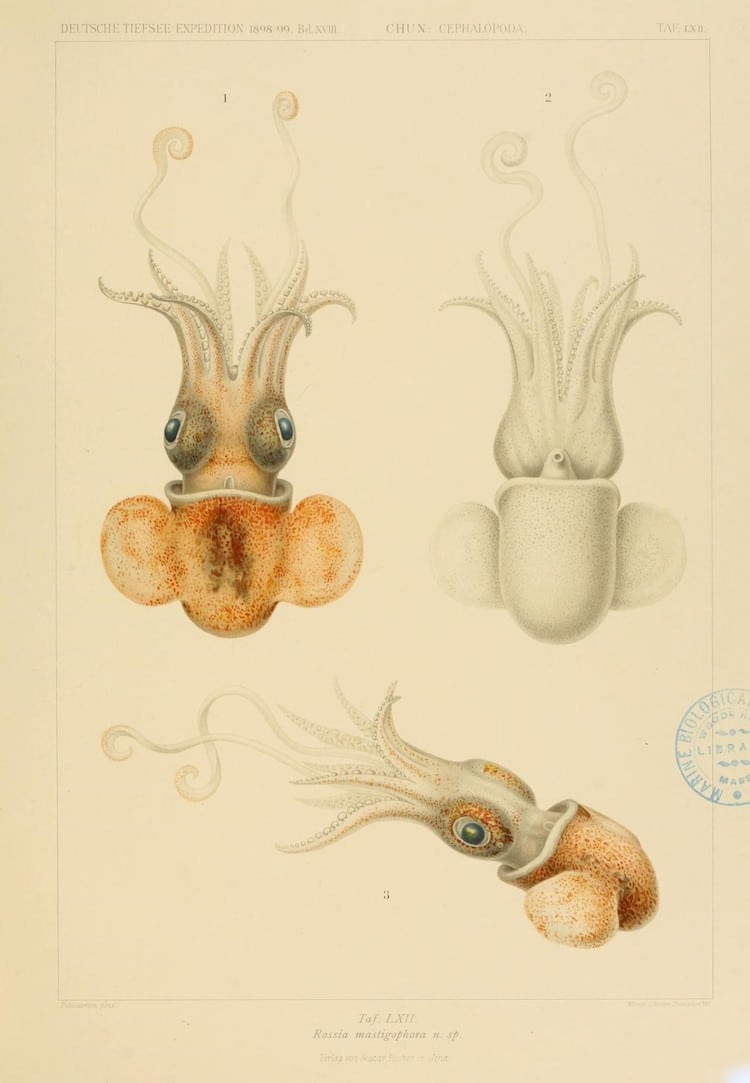 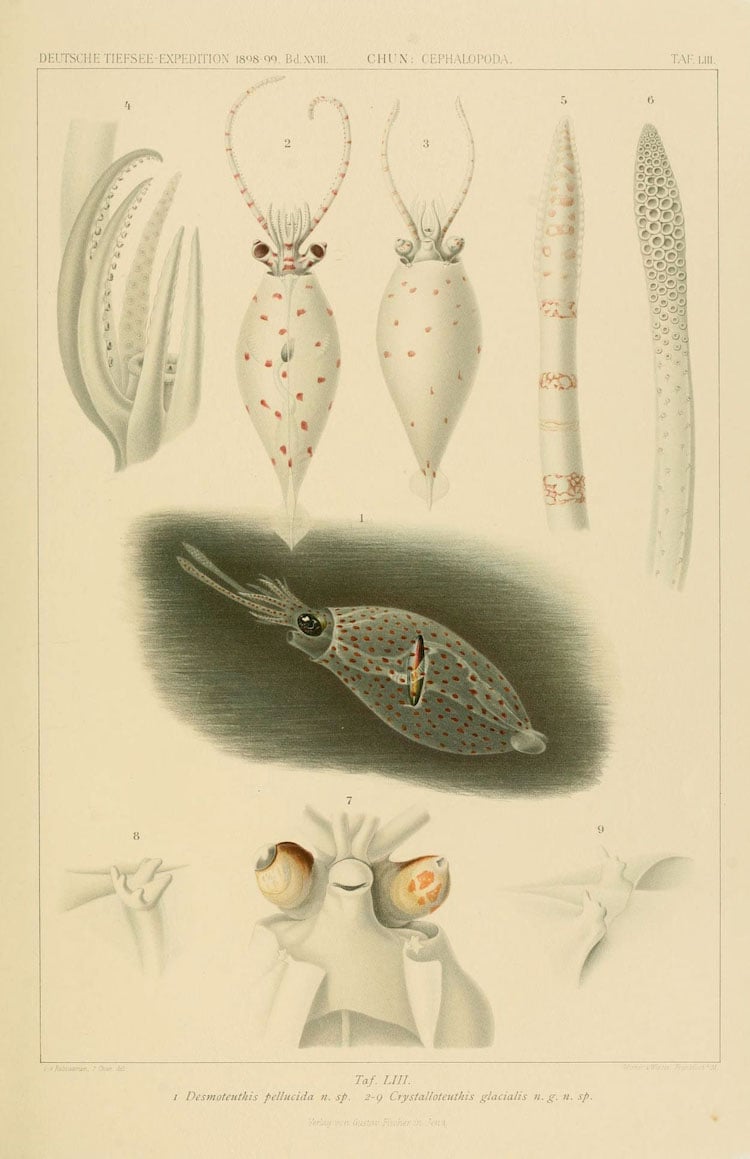 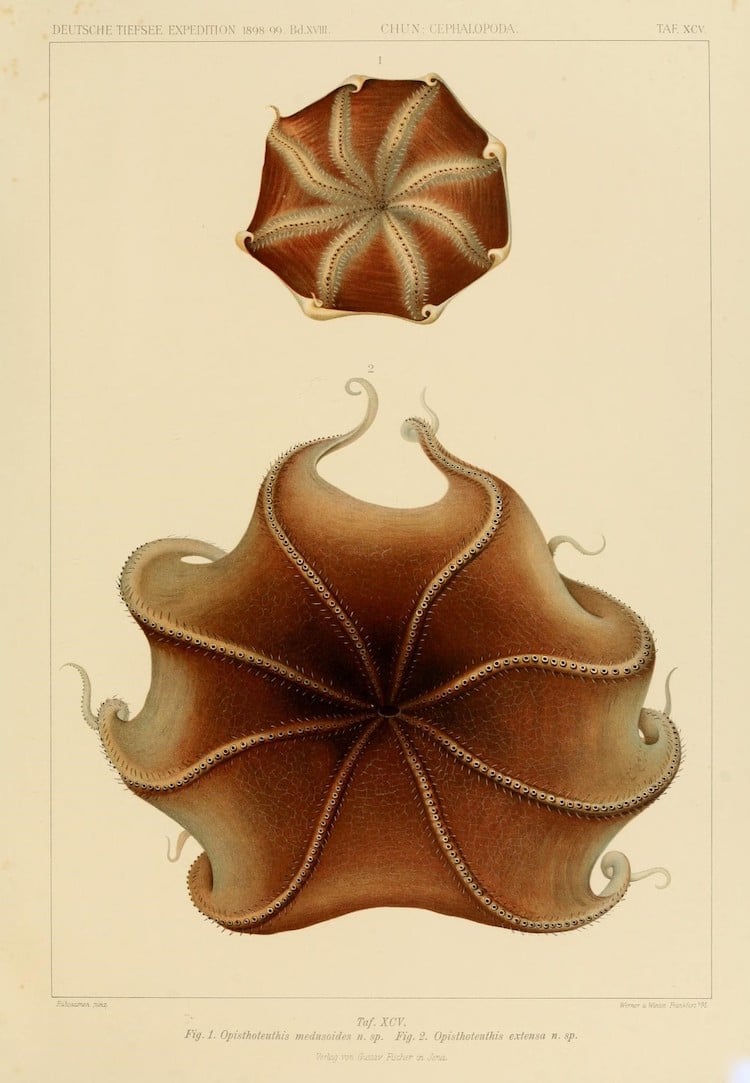 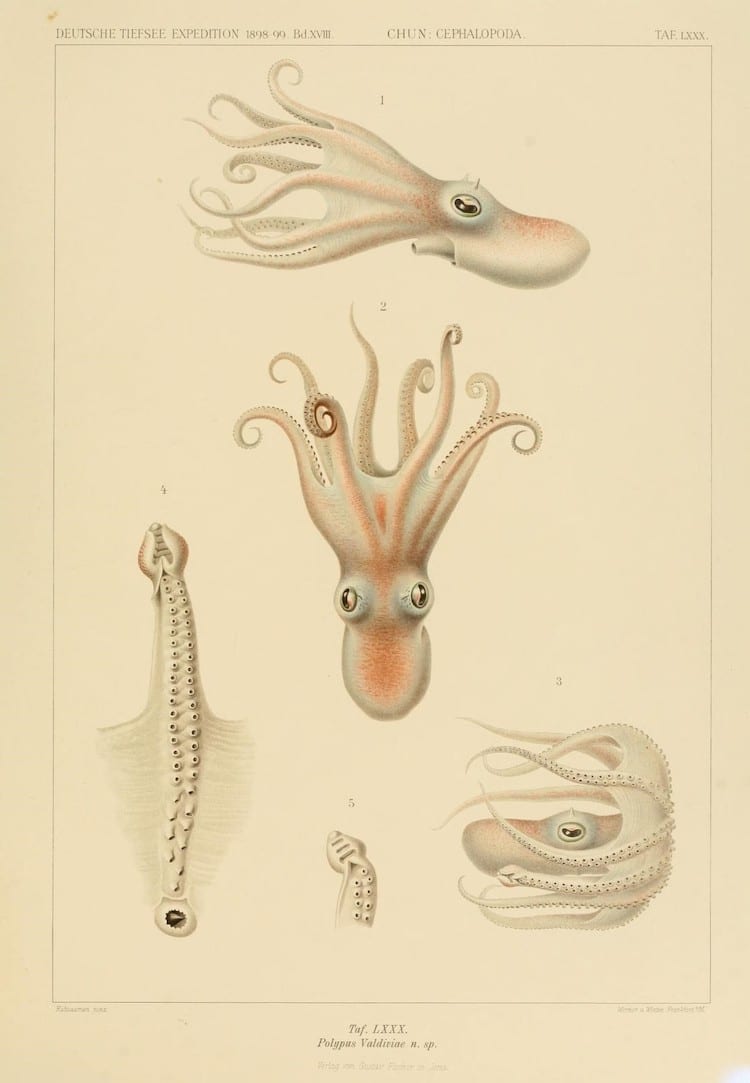 These hand-drawn illustrations by Friedrich Wilhelm Winter capture the anatomy of these squids and octopuses. 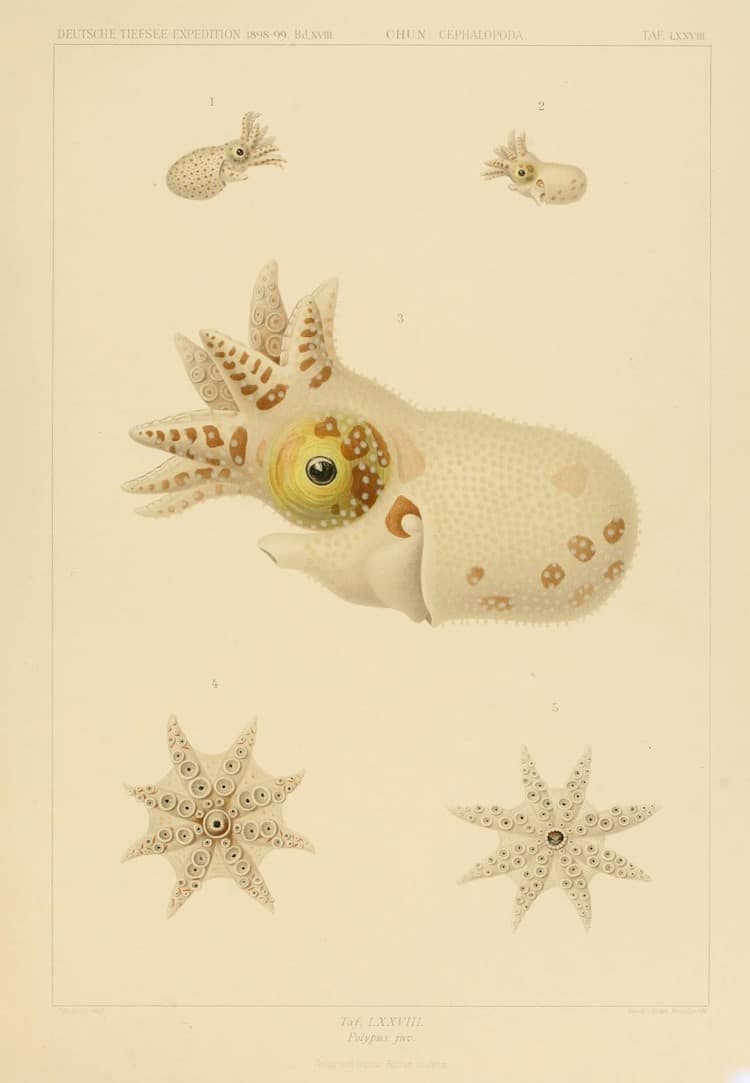 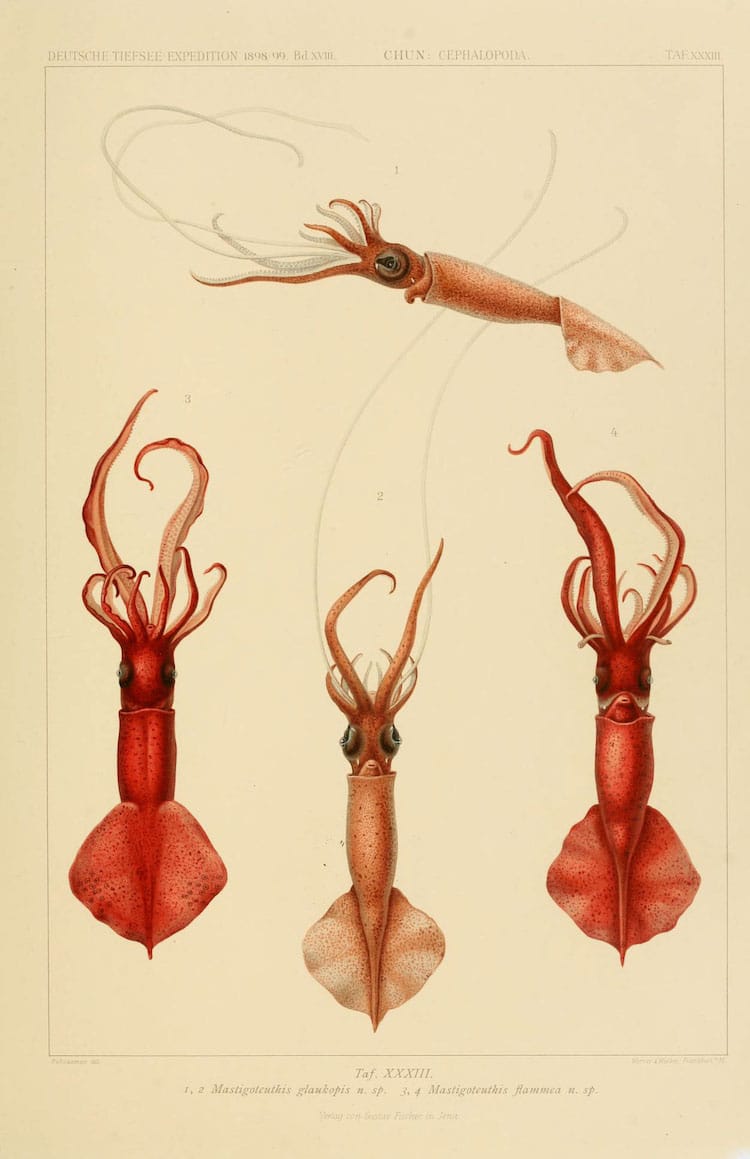 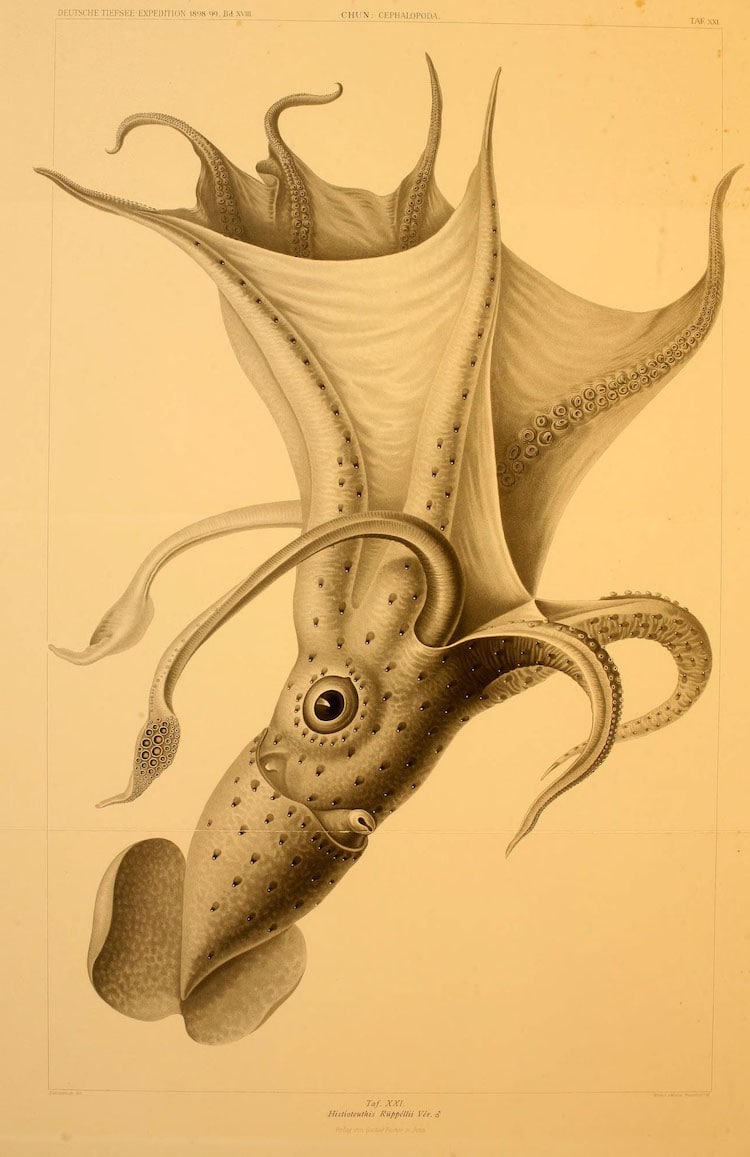 All images via the Biodiversity Heritage Library.